In line with the growing trend for formal dining and traditional dinner parties, you could enliven your living space with objects made from one of the seven precious metals of antiquity, and which has had revered status in most human civilisations - SILVER. James Nicholson, Head of Jewellery, Silver and Watches, picks out some of the silver highlights from our upcoming auction of Fine Jewellery, Watches, Silver and Objects of Vertu on 18 March.

Many of the carefully curated 77 lots of silver being offered on 18 March are related to the art of fine dining and will add a luxurious element to any modern dining table. Over recent years at Dreweatts, we have found that candlesticks, salvers, services of flatware, claret jugs and table centrepieces are firm favourites amongst our buyers, where the beauty of polished silver soars in the dimmed lighting of both formal and informal dining experiences.

We are fortunate to be able to offer in our March sale, silverware by some of the finest makers of the past 250 years. 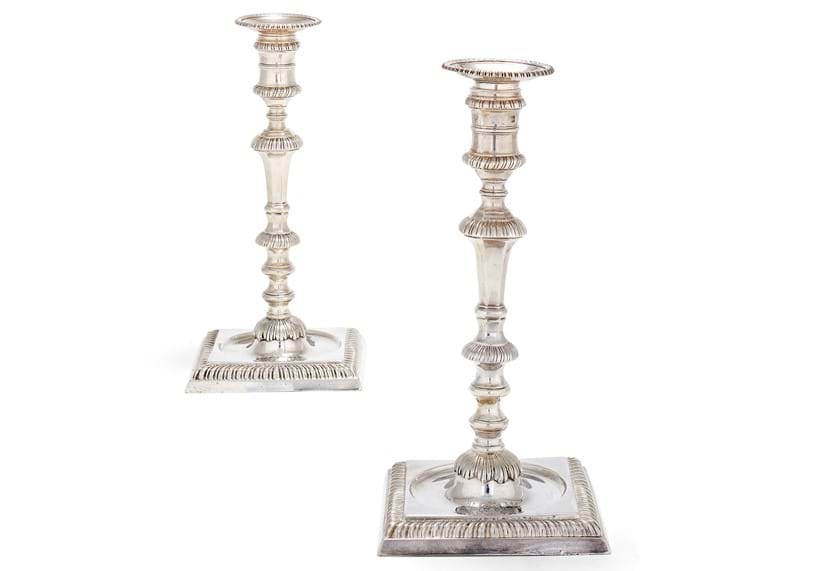 Amongst the six pairs of candlesticks being offered, Lot 12, a pair George II candlestick by John Cafe, are one of the stand out pairs. 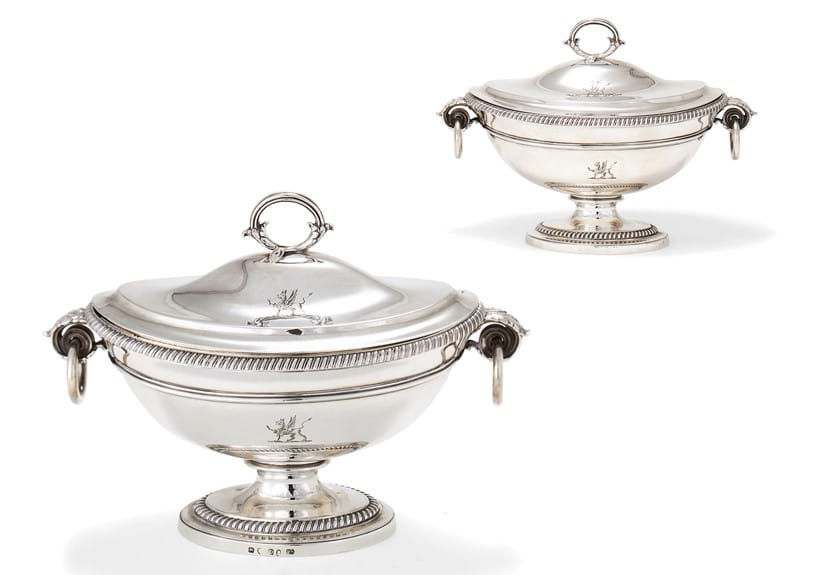 One of the most reverred of British silversmiths is Paul Storr, and Lot 17 is a wonderful examples of his craft. 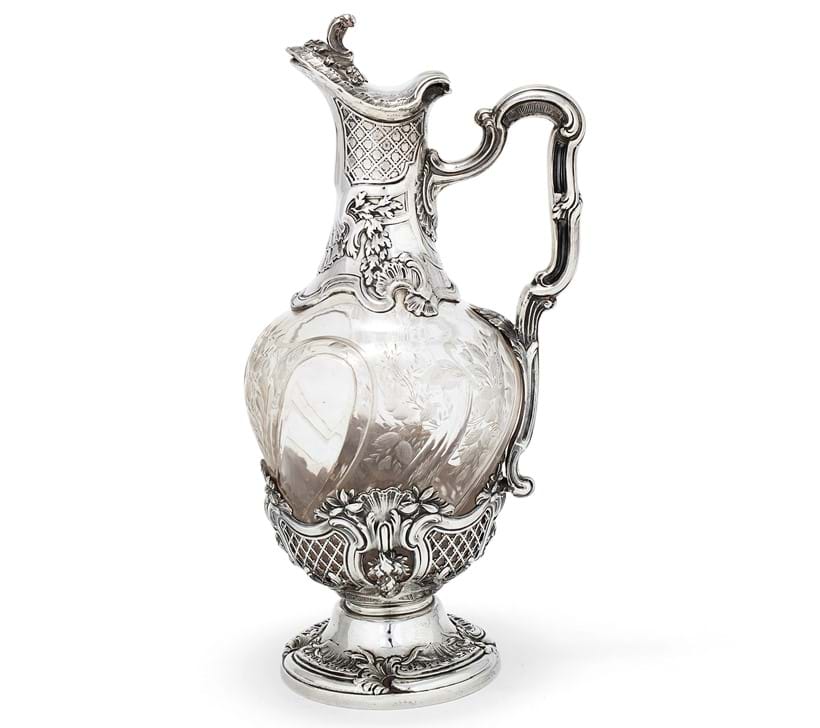 Any dining experience is of course complimented by a very good red, and claret jugs such as Lots 31 and 34, by the sought after 19th century makers, Charles Boynton II and Wakely & Wheeler, would do suitable justice to any fine red being served in them. 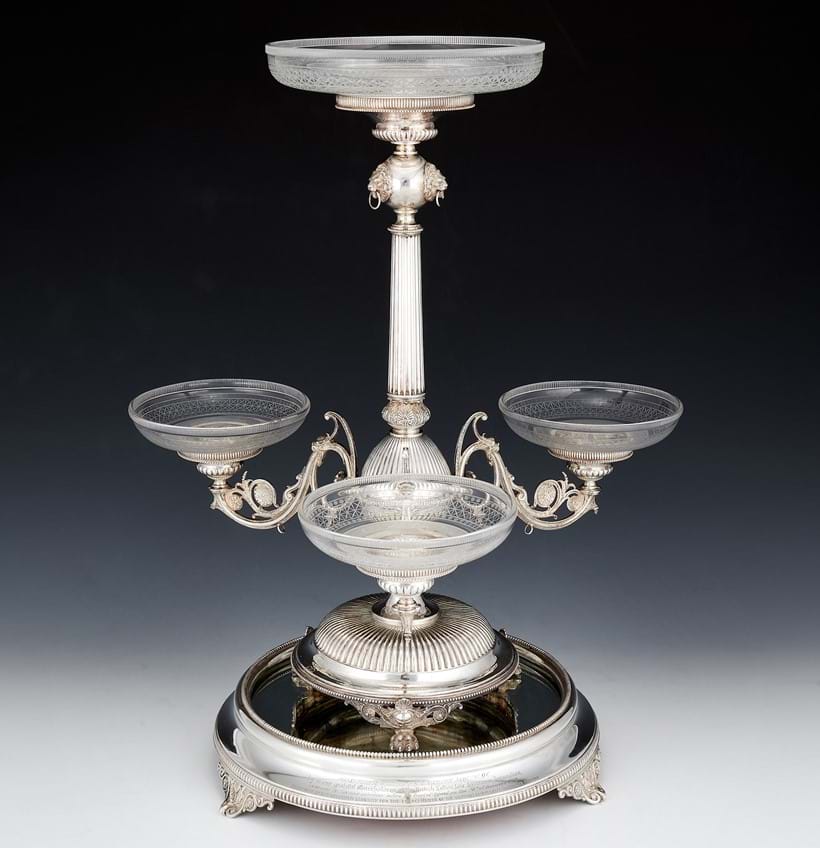 For those looking for a statement centrepiece, the 16 lots of salvers, large trays, centrepieces and large bowls offer 200 years of statement silversmithing, from Lot 37, a glorious Victorian silver and glass centrepiece epergne by Horace Woodward & Co to mid-20th century Italian design in Lot 68, a large bowl by the Florentine silversmith Barndimarte and Lot 73 a large hammered centre bowl by the Roman jeweller Mario Masenza. Another Italian piece to compliment your dining table is most definitely Lot 67, an early 20th century wine cooler by the Milanese silversmith Enrico Messulam. 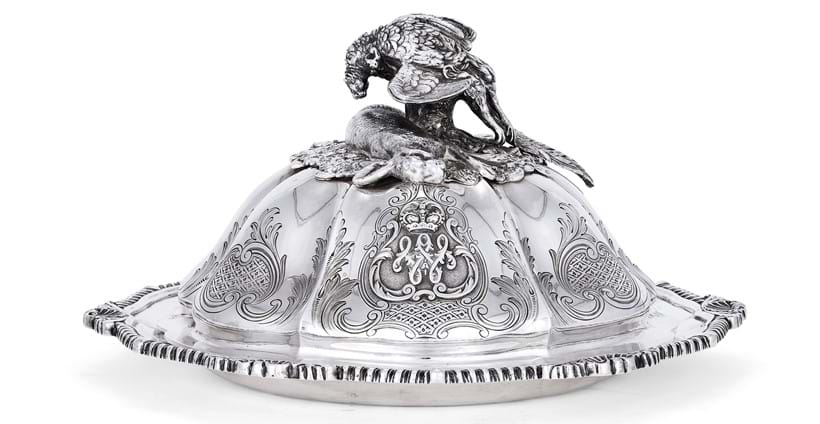 Alternatively one could re-create an Edwardian shooting party atmosphere with Lot 13, a game dish and cover by John Samuel Hunt, which would definitely suffice to serve the day's catch on.

There is also a comprehensive selection of silver flatware on offer, both English (Lots 46, 51 and 52) and Continental (Lot 75), whilst Lot 58, an Acorn Pattern service by Johan Rhode for Georg Jensen, will no doubt attract veritable international interest.