Ahead of our auction of Fine Jewellery, Watches, Silver and Objects of Vertu on 18 March, James Nicholson, Head of Jewellery, Silver and Watches, picks out his highlights from the sale. 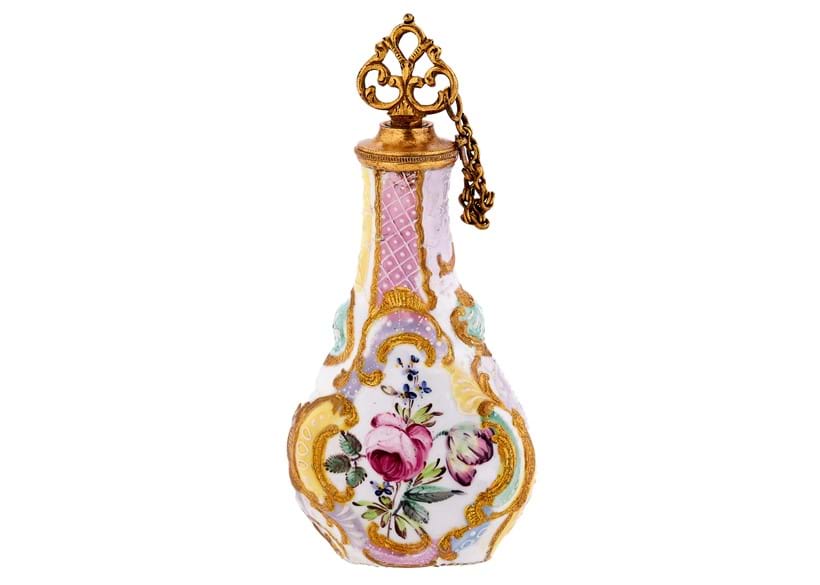 Deriving from the French term 'Objet De Virtu' (literally Object of Virtuosity), Objects of Vertu are small, meticluously crafted objects made from precious materials. They became hugely popular amongst European aristocracy in the 18th century, and are typifed by Lots 112-119, a collection of 18th century south Staffordshire enamel, etui, bodkin cases and scent bottles. With the growth of the middle classes in the later 19th and early 20th century, many European jewellers created small precious objects to cater to this expanding market. Lot 129, a gold travelling watch/dressing table watch and photograph frame by Dunhill, and Lot 134, a 1960s gold atomiser, both from the Property of the late Betty Lady Grantchester symbolise the desire to own these marvellous small creations. 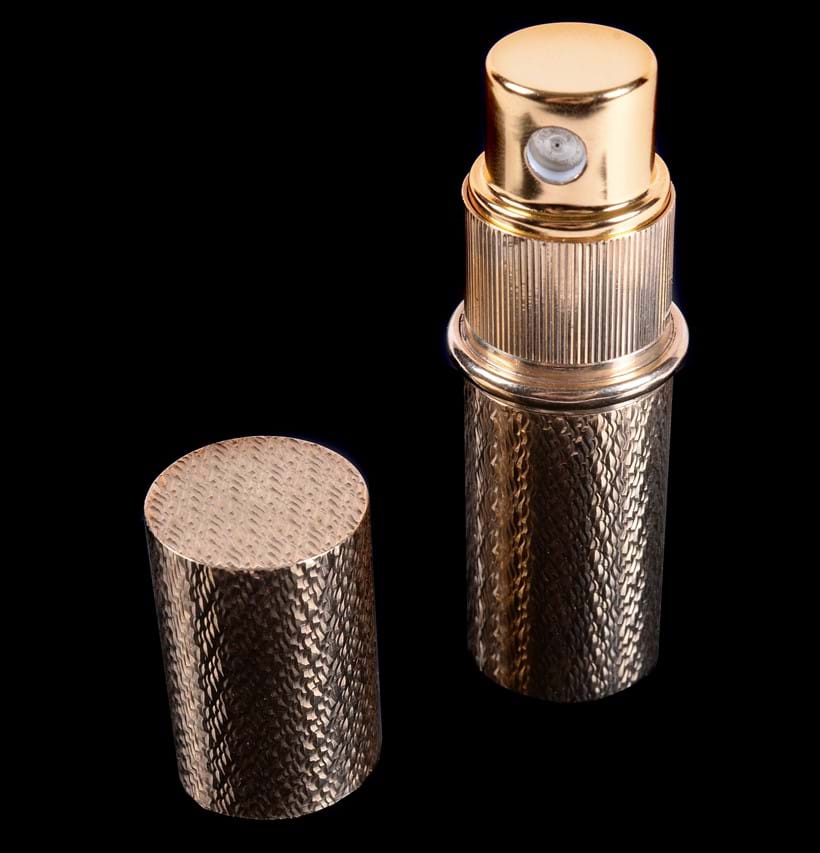 Betty, Lady Grantchester was born Elizabeth Moores in 1925. She was the eldest child of the Littlewoods founder Sir John Moores (1896-1993). Betty was educated at Cheltenham Ladies College and Newnham College, Cambridge. It was as an undergraduate at Cambridge that she met her husband Kenneth Suenson-Taylor, who became 2nd Baron Grantchester in 1975, and she became Betty Suenson-Taylor.

In the early 1970s, Betty joined the board of Littlewoods, and took over as Director in 1977, at a time when there were few women board directors. Betty was exceptionally renowned for her charitable work through the Moores Family Charity, as well as supporting women’s education at both Newnham College and Lucy Cavendish College in Cambridge. Her other charitable works included support for the Mersey Forest, Liverpool John Moores University and the Welsh National Opera. Lady Grantchester died in 2019 at the age of 93.

Portrait Miniatures started to become popular in the 1520s, when they were used as a means of Royalty bestowing favour on subjects. Elizabeth I and James I of England both gave portrait miniatures as personal gifts, and many were worn in lockets by the recipients to show their loyalty to the monarch. 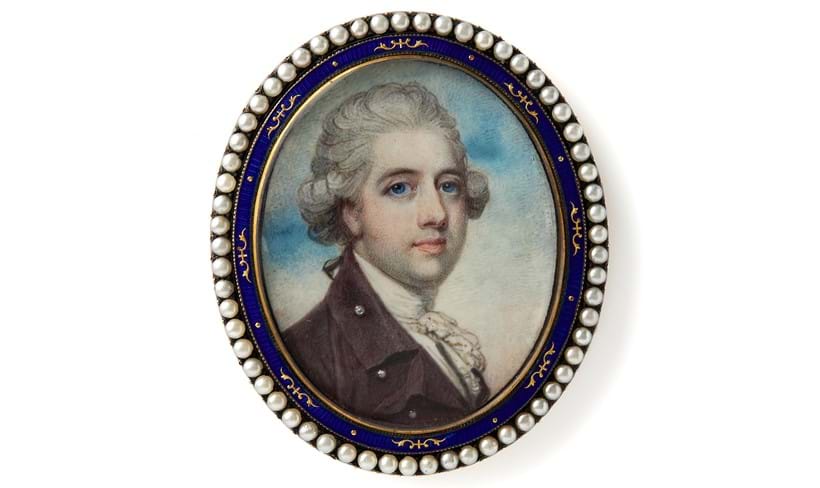 Portrait miniatures become widely popular amongst the aristocracy from the middle of the 16th century, when sitters, who were about to go away (either to get married or to go to war), were painted for family members, and the miniature portraits would be worn in lockets as jewellery, or would be set into the lids of snuff boxes. In some ways, portrait miniatures might be considered to be the selfies of the Georgian and Victorian period. 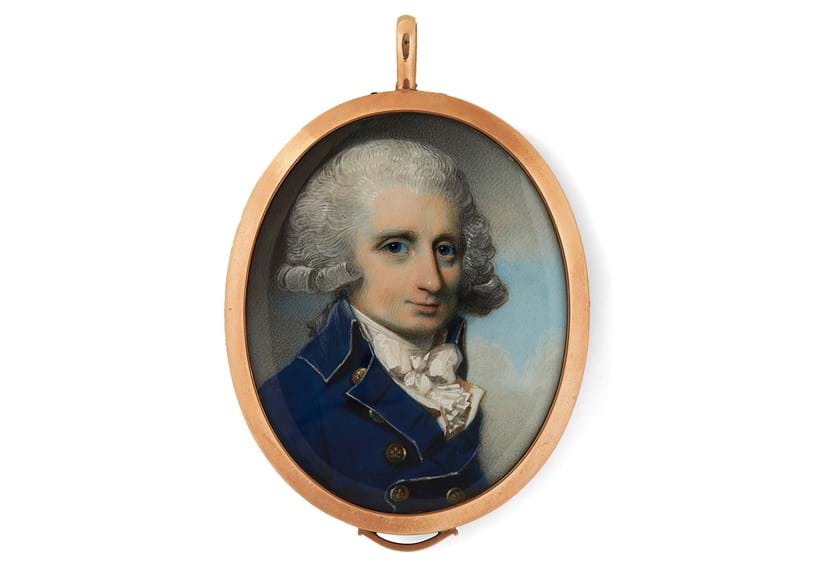 The private collection of 33 lots offered on 18 March, spans much of the period of portrait miniature painting from 1590 up to the early 20th century, when photography replaced these highly personal images. Two of the most famous English 18th century portrait miniaturists are represented in the collection: Lot 88 by Richard Cosway and Lot 91 by George Engleheart.