Since its heyday in the late 18th and 19th centuries, the tradition of collecting plaster has been fuelled by intellectual curiosity. Often taken directly from the surfaces of monuments and statuary, plaster casts were considered highly accurate and invaluable learning tools for students of art and architecture, as well as museum audiences.

This desire to educate through plaster is still visible at the Victoria & Albert Museum, where reproductions of monuments from all over the world have been admired and studied alongside ‘original’ works since the opening of the cast courts in 1873.

Replicas particularly of ancient monuments also allowed Grand Tourists to bring their destinations home with them, and with the rise of Neoclassicism plaster casts soon became a key feature of the European interior.

A famous example of such an interior is Sir John Soane’s Museum, where mouldings of ancient monuments collected by the Georgian architect cover most of the walls.

The collection of plaster casts at Aynhoe Park, which is perhaps not entirely coincidentally housed in an interior designed by Sir John Soane himself, echoes and honours this long tradition. It effortlessly traverses styles, countries, and centuries to create an eclectic yet harmonious picture of the past, an important dossier for historic architectural detailing. 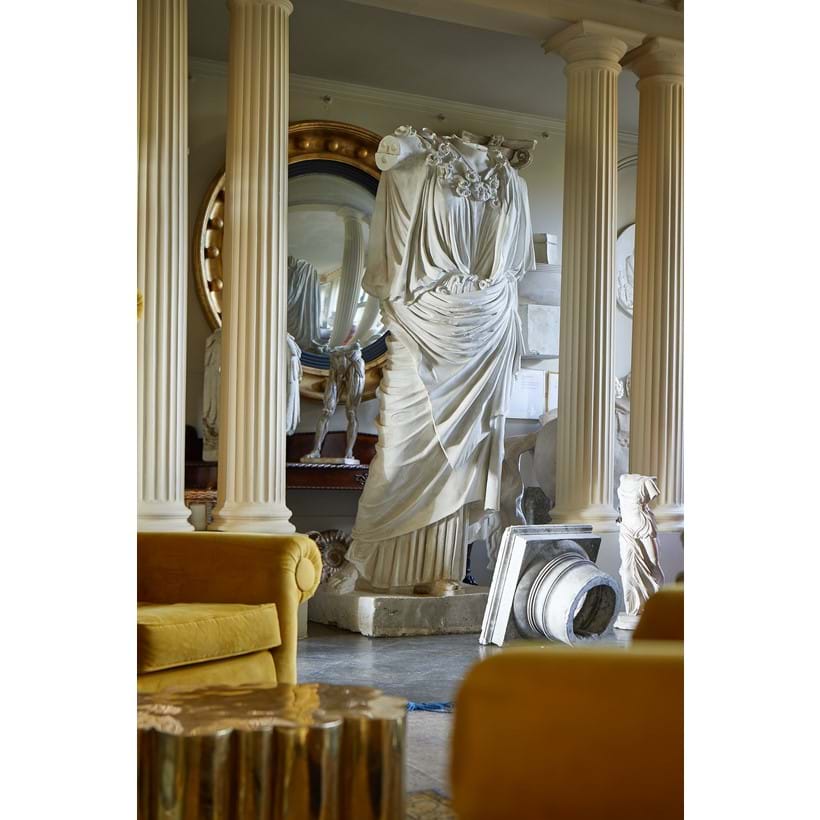 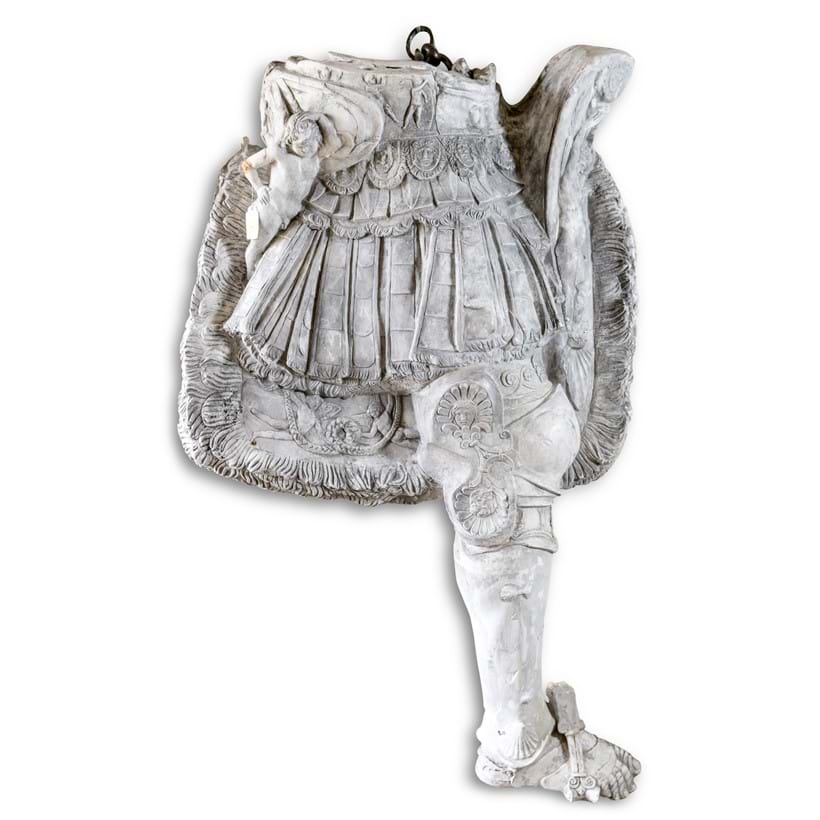 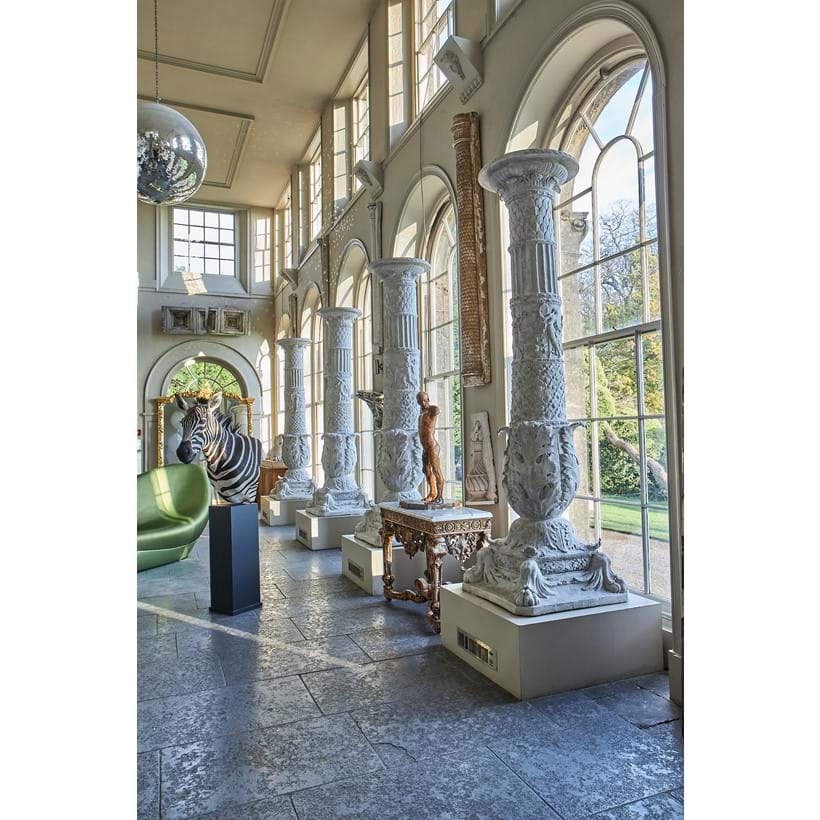 Lot 311: A PAIR OF LARGE PLASTER TORCHERES, AFTER THE ANTIQUE, MODERN, Of baluster form, the stem cast with a figural relief of maidens, probably Maeneads, terminating in acanthus leaves and square paw bases, circa 277cm high | Est. £3,000-5,000 (+fees) 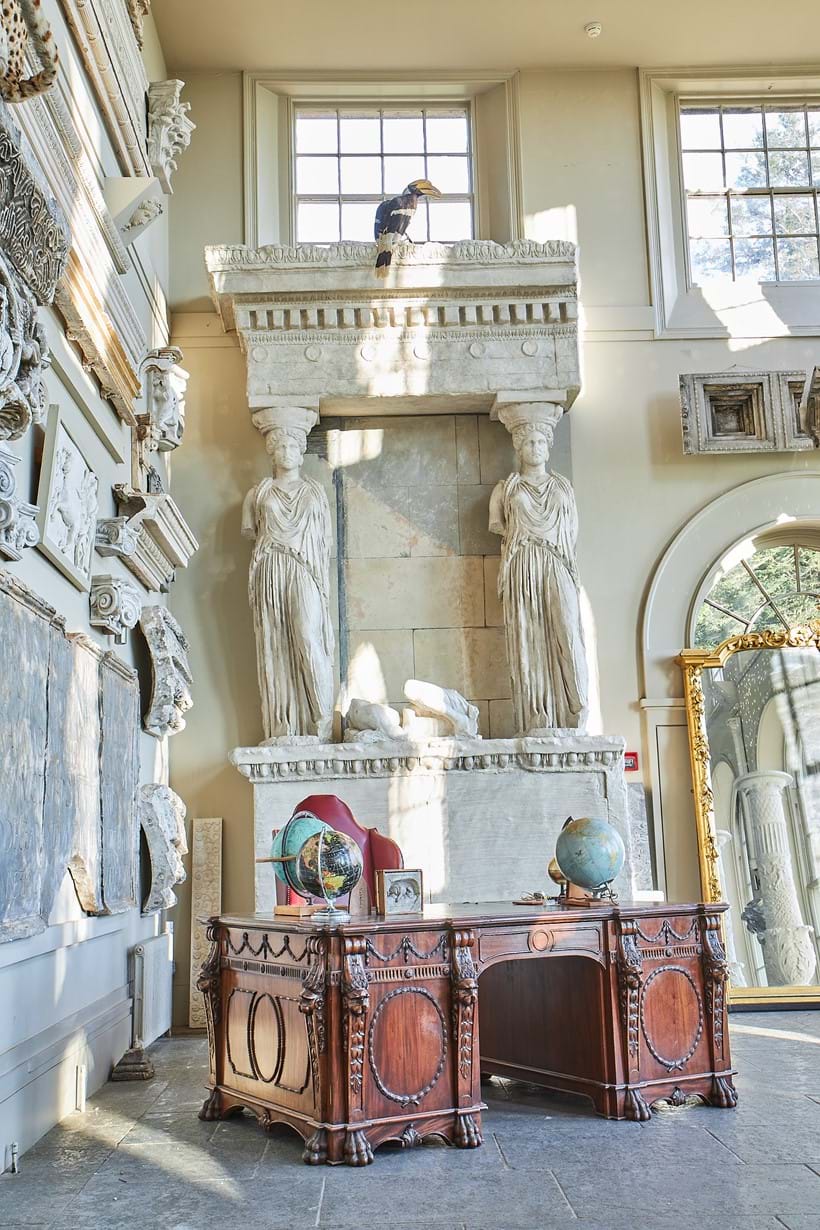 Lot 323: A MASSIVE PLASTER CAST OF A SECTION OF THE PORCH OF THE MAIDENS, FROM THE ERECHTEION, ATHENS, 20TH CENTURY, AFTER THE ANTIQUE, Showing two draped caryatids, supporting the entablature and raised on an egg-and-dart moulded plinth, The caryatids standing approximately 230cm tall, commensurate with the original marbles, base approximately 245cm wide | Est. £10,000-15,000 (+fees) 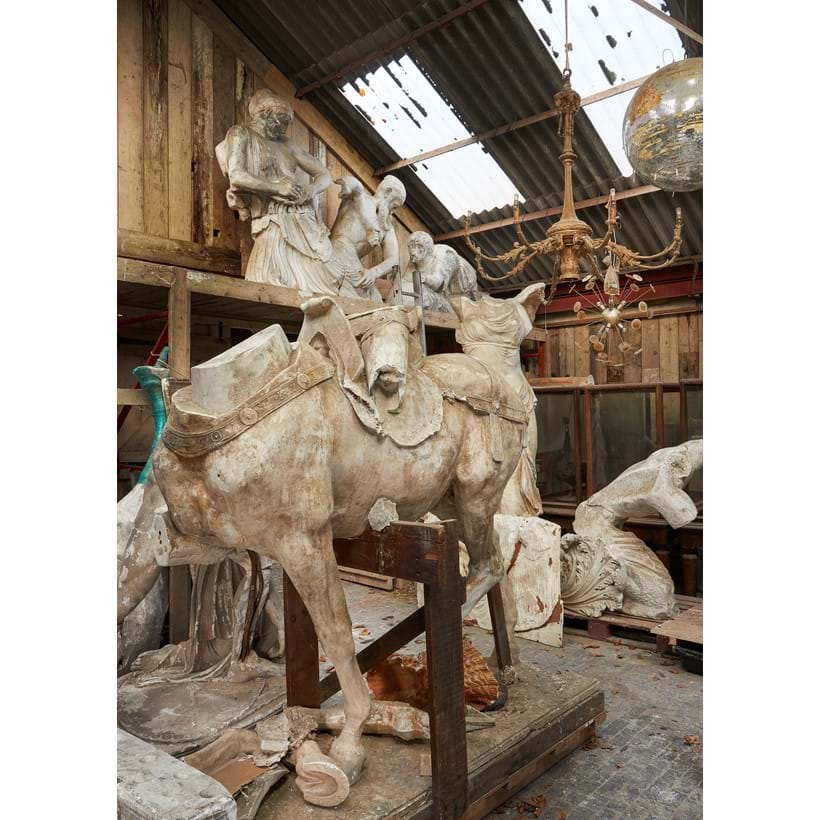 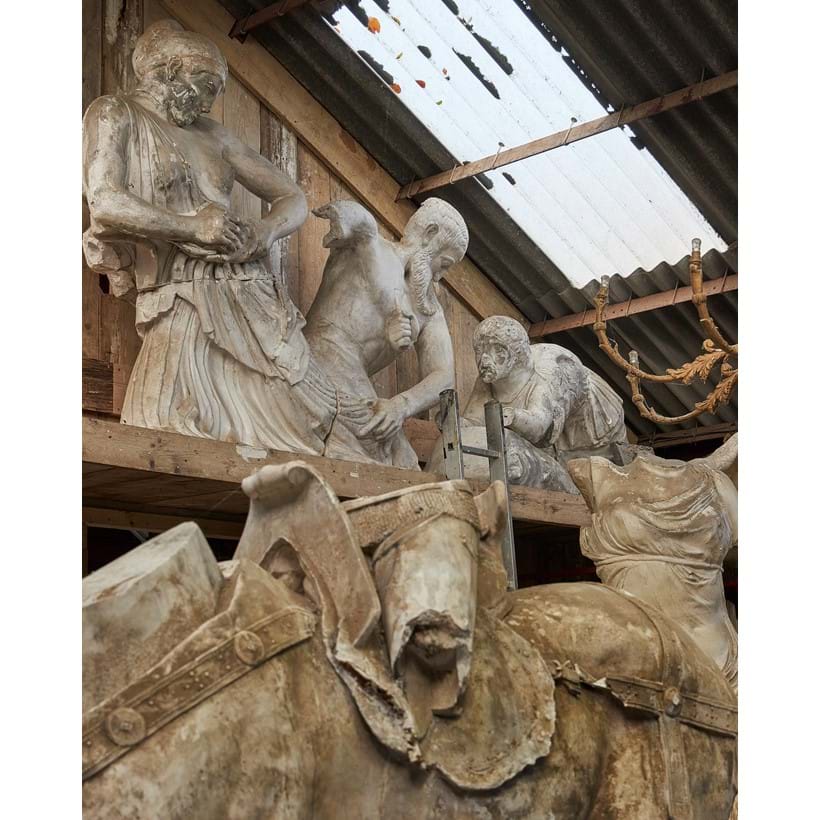