With its three-horned head, the triceratops is one of the most identifiable species of dinosaur that lived at the very end of the Cretaceous Period. Before the mass-extinction, triggered by the asteroid that caused the Chicxulub crater 65 million years ago, these 30-foot long herbivores, weighing 12 tonnes, roamed in an area that is now to the East of the Rocky Mountains in North America. 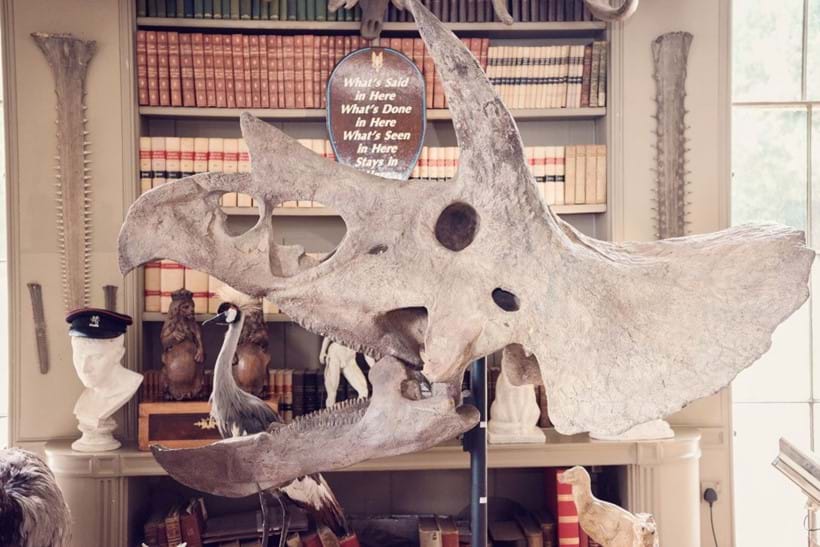 They lived in conjunction with, and were predated upon by, Tyrannoraurs rex. The horns and bony frill on the skull, synonymous with the species, were probably used as a defense against this predator; although a recent theory has suggested that the frill may have been highly coloured and for ornamentaion, or even temperature regulation. 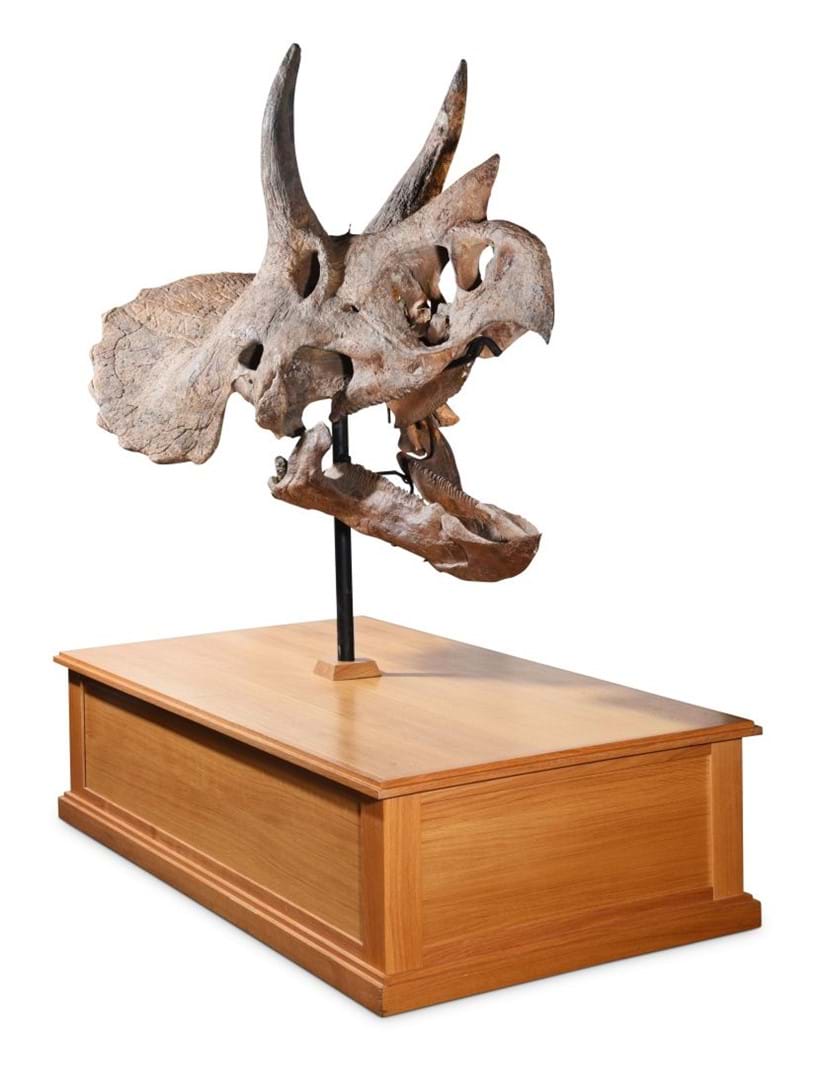 The first specimen to be discovered was a pair of horns that were mistaken for a Pliocene bison in 1887. Later realising his mistake the two species, horridus and prorsus, were described by Othniel Charles Marsh in 1889-90. The first mounted skeleton was reconstructed by the Smithsonian in 1905 and has remained on display ever since.

Since this display the triceratops has remained one of the most easily recognised and iconic species of dinosaurs. 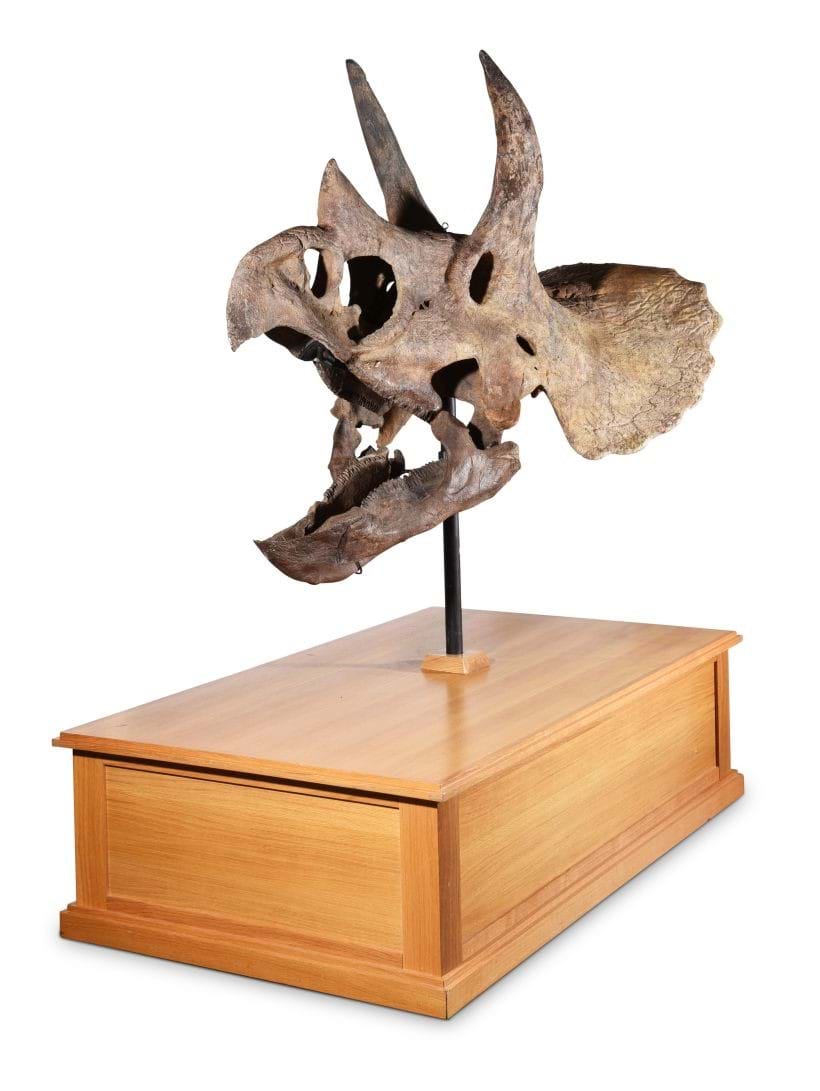 Joe Robinson, Head of Sale commented: 'It is so exciting to be offering something so overwhelmingly historic which will never fail to leave people in awe. It is an object which will enable so many people to relive their childhoods…but on a grand scale'.

Provenance: Excavated from Private land in Montana in 2012 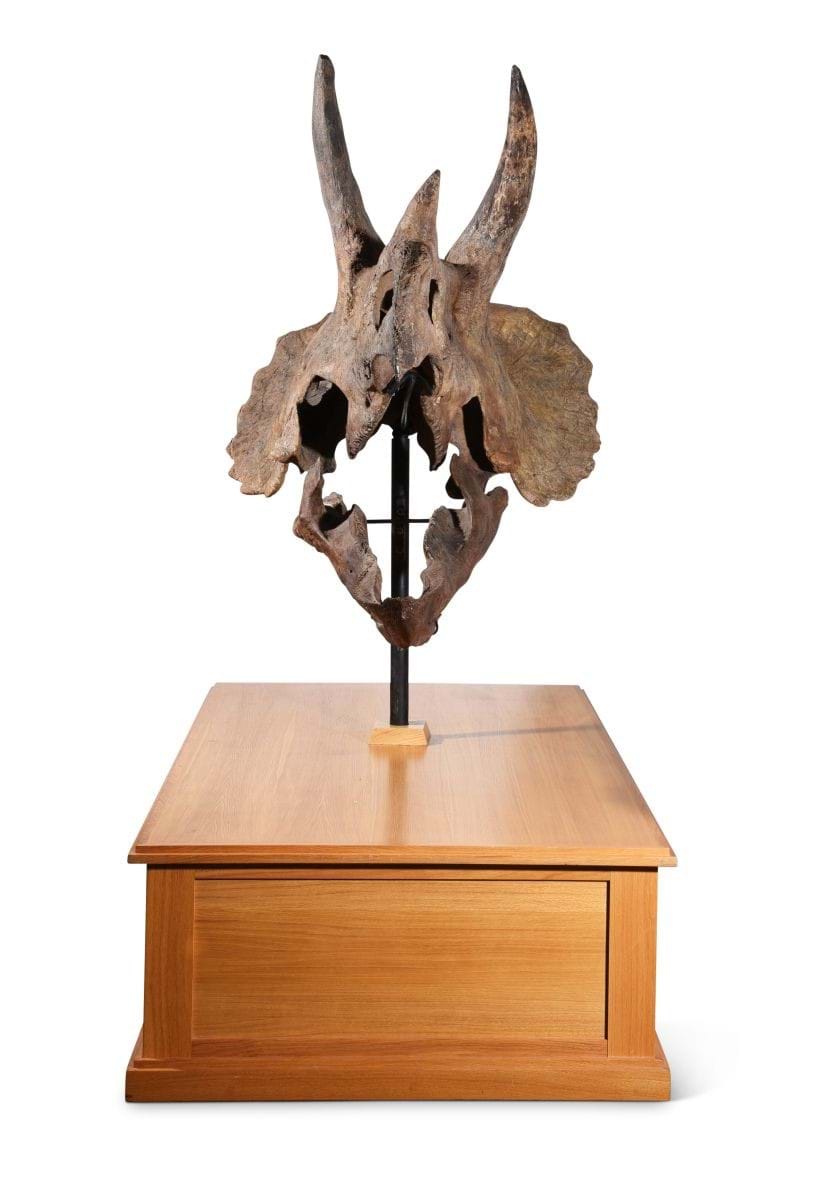 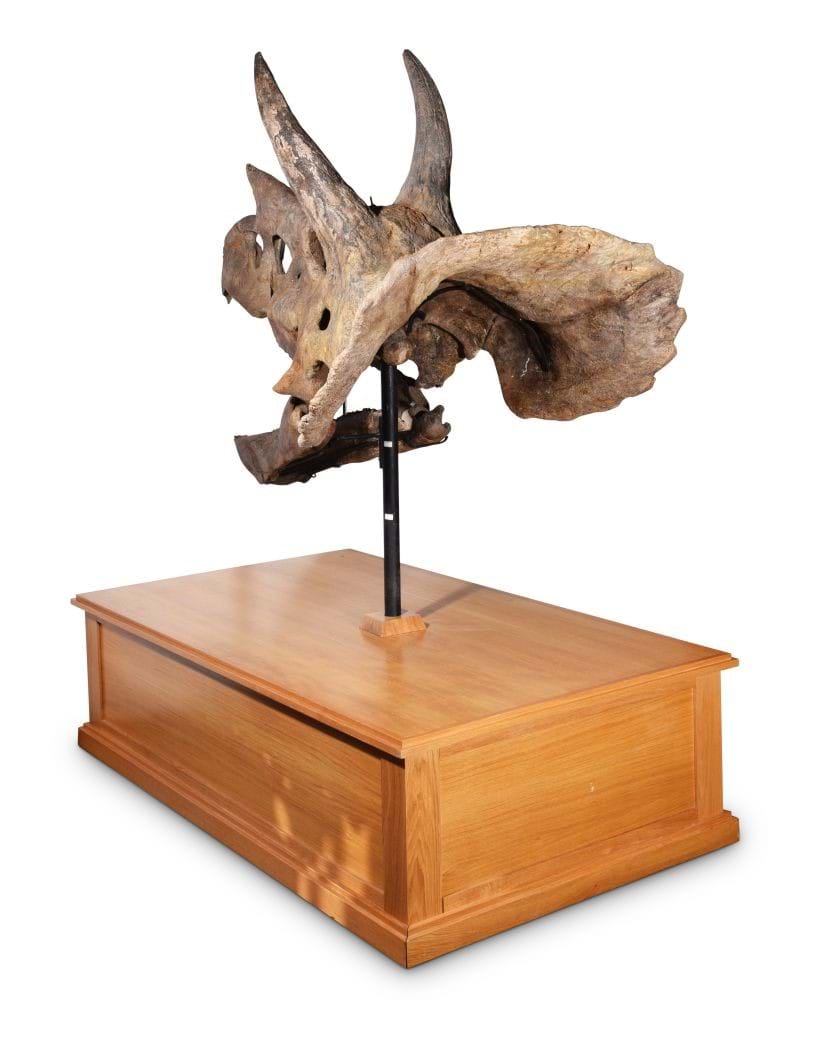