Whilst the posthumous publication of sections of Kenneth Williams diaries revealed the more acerbic side to his character, it is in his private and usually unpublished correspondence with friends outside of show-business that we can see a warmth and generosity hidden from view elsewhere.

Alongside a first edition of Kenneth Williams, Just Williams: an autobiography, [London, 1985], on 14 November, Bloomsbury Auctions Modern First Editions sale will feature a small archive of letters written to a friend between October 1983 and May 1985, and comprising of 8 handwritten and 9 typed letters, signed by Kenneth Williams, together with a statement about how the recipient came to meet the actor.  In these letters Williams' familiar cutting wit and judgements are found, with opinions on the Miner’s Strike ('and that idiot called Scargill'), on Alan Ayckbourn ('rubbish'), Eurovision, Just A Minute, Harold Pinter, and recordings with Tony Hancock in the Playhouse Theatre in 1983, extracts of which appear below. 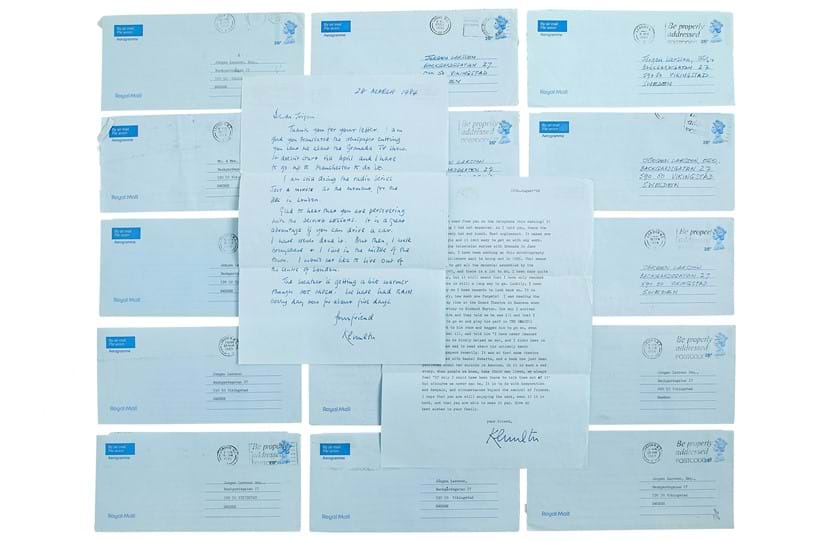 However, also are found within these letters are a number of insights into the softer, more caring side of Williams, including this heartfelt note on the suicide of his former co-star, Welsh actress Rachael Roberts - a poignant paragraph not only relevant to our own times and desire for greater understanding, compassion and support of issues surrounding mental health, but perhaps all the more profound in the light of Williams own probable suicide on 15 April 1988. He writes “Oh it is such a sad story. When people we know, take their own lives, we always feel If only I could have been there to talk them out of it but of course it can never be. It is to do with desperation and despair, and circumstances beyond the control of friends”.

No stranger to kindness - the story behind these letters

Williams first encountered the recipient of these letters when walking past the Swedish Embassy in London. Having been on an ill-fated expedition from Sweden to the United Kingdom, on arrival the recipient and his travelling companion found themselves with very little money and so had headed to their embassy for help … only to find it was closed. Happening to walk past, Williams took pity and struck up a conversation, including mention of his own meetings with Ingrid Bergman. Upon hearing their story Williams immediately put the two travellers up in a hotel (indefinitely), lent them money and arranged for their onward travel. The young man’s exuberant letter of thanks led to a reply… and several years of mutual correspondence.

On Richard Burton, Harold Pinter and an 'Idiot' called Scargill

On Alan Ayckbourn, Arthur Scargill, the Miners Strike.. and Christmas in England - 11 December 1984
“Thank you for your letter which came today. I do not care for Ayckbourn at all, but I know that many people like his work. I think it is rubbish but I am in the minority. Yes, the troubles continue with the MINERS STRIKE and they are being led by an idiot called Scargill. He has lost the men a lot of money and they will never get it back … I am going away for Christmas, taking my old mother to Madeira on 19 December so that we get away from the dreary old climate of England. This is a time of the year which is awful. Lots of people getting drunk and singing in the streets. Ridiculous.”

On Harold Pinter 'pauses' and The Caretaker - 23 November 1983
“Interesting that you were able to see the English Theatre group in Linkoping with the Harold Pinter play. I know him. He wrote a sketch for me in a revue which was produced in London at the Apollo Theatre in 1960. He is famous for his pauses! – the long silences which are supposed to be full of significance. His best work is a play called THE CARETAKER – a piece full of menace and quirky humour.”

On being Richard Burton’s understudy in The Seagull - 16 August 1984
On using his diaries for his autobiography: “I was reading the account of my time at the Grand Theatre in Swansea when I was understudy to Richard Burton. One day I arrived at the theatre and they told me he was ill and that I would have to go on and play his part in THE SEAGULL but I rushed to his room and begged him to go on, even if he did feel ill, and told him 'I have never learned the lines' so he kindly helped me out, and I didn’t have to go on.”

On never liking school - 28 October 1983
“I must admit I never liked school myself, and I never earned high marks. Quite the contrary. I was a very bad scholar. I think I only started to learn when I went into the army, and then after demobilization I realized how much I had to catch-up on.” 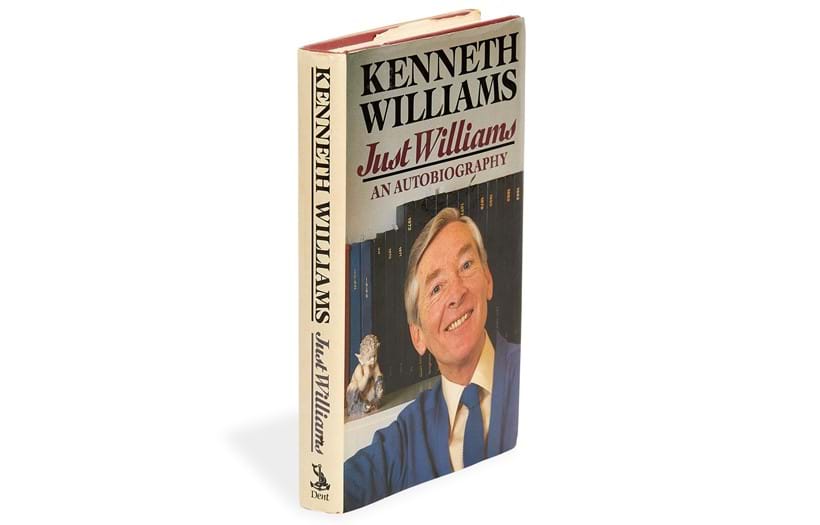 AUCTION DATE & LOCATION
Thursday 14 November | 10.30am
This is an online auction with an auctioneer. Online bidding is available via bloomsburyauctions.com and the-saleroom.com. For more bidding information, please click here.