Following on from our highly successful auction, The Burtons and the Middle East, held in October 2018, Bloomsbury Auctions is delighted to announce that in 2019 we will offer a number of individual book collections.

Modern First Editions, 28 March, is the first part of the property of a British collector, with the second half to be presented in the Winter season 2019.

Here we present a few of the auction highlights.

Lot 1, Richard Adams' Watership Down, is an excellent copy of the author’s first landmark novel, complete with a large folding map and the title signed, “Yours sincerely, Richard Adams”.

Watership Down was rejected many times before it was finally accepted by Rex Collings - the one-man London publishing outfit. An associate of Collings confirmed the publisher’s concerns that it was a ‘mad risk’ to publish the work, however, in her June 1996 obituary of Rex Collings, Isabel Quigly acknowledges that to take on the bizarre work by an unknown author, rejected by all the major publishing houses, was ‘dazzling brave and intuitive’.

Collings gave the work its title and despite being unable to pay Adams an advance he ensured that a copy of the book was sent to everyone in London likely to read and review it.

Watership Down is dedicated to Richard Adams’ daughters, Juliet and Rosamond; their persistence with their father ensured that the tale, originally told to the girls to while away long car journeys, was formally written down. 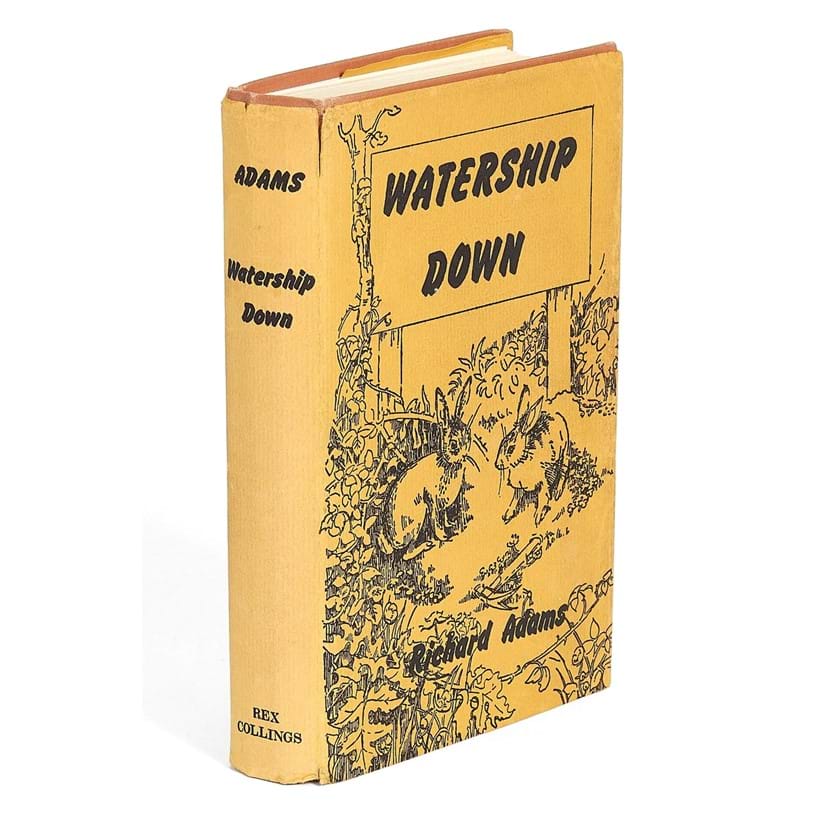 William Golding’s Lord of the Flies

John Dalton was a freelance UK journalist whose career spanned the mid-twentieth century, the copy passed by descent and was sold by Dalton’s niece in 2006 when it was acquired by the present consignor.

Lord of the Flies was Golding’s first novel, it was not initially successful on release and sold only 3,000 copies in the States during 1955 before going out of print. It did eventually become a best seller and six years after its publication the novel was described as ‘well on its way to becoming a modern classic’. 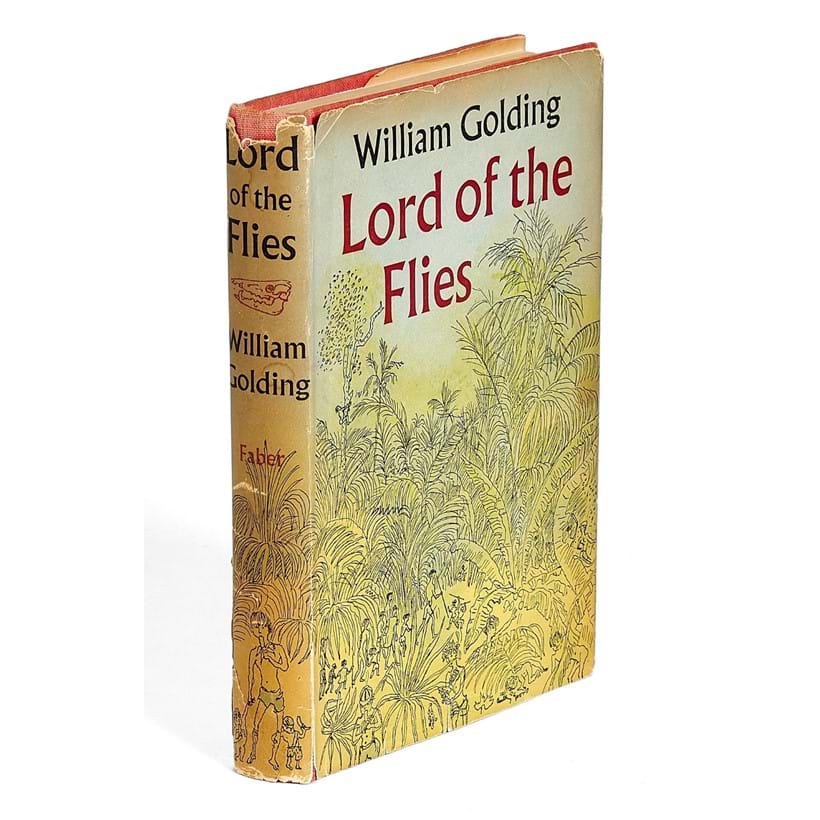 William Golding's The Ladder and the Tree

Another work in the auction by William Golding, lot 31, The Ladder and the Tree, is a privately printed limited edition, first state and signed by the author.

The book is extremely rare, generally considered to be Golding’s most scarce work, and was printed for private distribution only. Its frontispiece features a black and white woodblock by J. Pritchard.

The Ladder and the Tree is autobiographical, it depicts the house in which Golding was raised which stood menacingly in the shadow of a nearby graveyard.  The essay originally appeared in The Listener, March 1960. 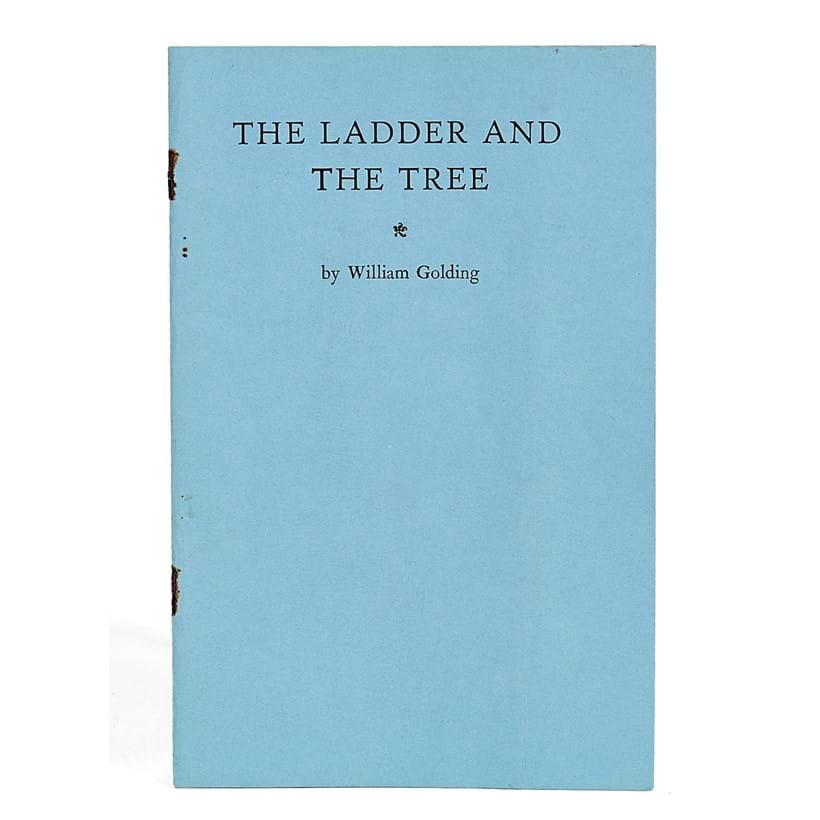 The Sun My Monument, by Laurie Lee

Lot 43, The Sun My Monument, by Laurie Lee, is an association copy of Lee’s first published work and was owned by the author Iris Murdoch (1919-1999) as a young woman, and over a decade before her own first novel was released.

The front free endpaper is inscribed in her hand, ‘Iris Murdoch, London, Sept 5 1944’.

The Sun My Monument was written during the war years and features, mostly, love poems. Lee was to publish two further collections of poems before eventually turning to prose. 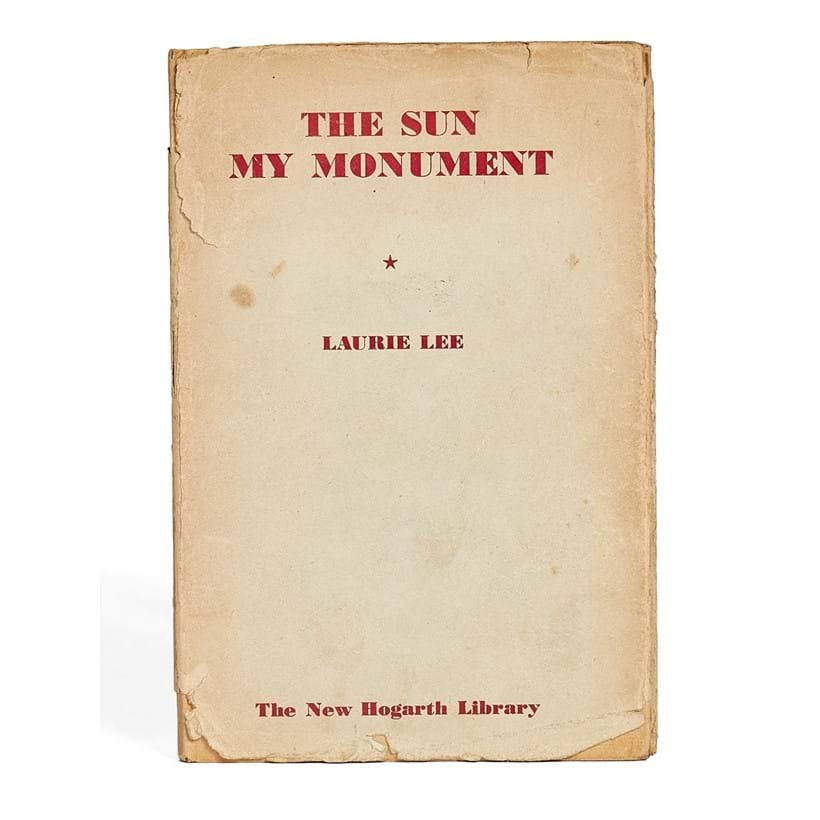 When talking about Animal Farm, A Fairy Story, lot 56, in his essay Why I Write (1946), George Orwell stated that with this work he consciously chose ‘to fuse political purpose and artistic purpose into one whole’. Animal Farm was written between November 1943 and February 1944 - when Britain was in its wartime alliance with the Soviet Union against Nazi Germany.

The manuscript was initially rejected by a number of British and American publishers including one of Orwell’s own, Victor Gollancz. When finally published international relations were transformed as wartime alliances gave way to the Cold War.

The sub-title was dropped when the work was published in the US in 1946 and was used in only one of the translations produced during George Orwell’s lifetime. 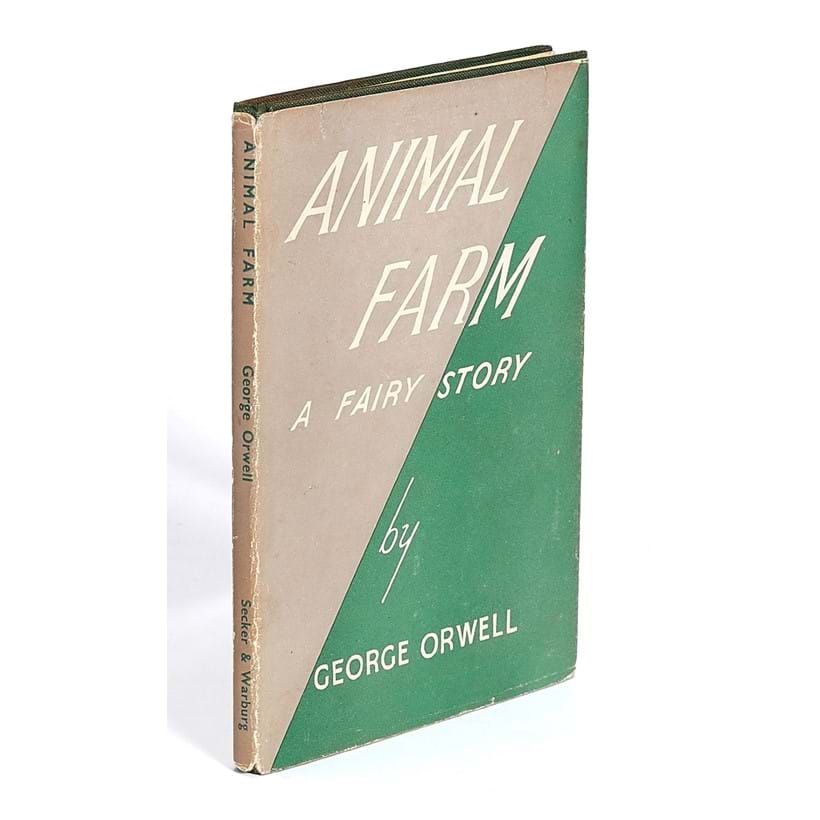 The illustration is a sophisticated, early Heath Robinson work, possibly adapted for illustrations in Rudyard Kipling’s The Song of the English, first printed in London by Hodder and Stoughton in 1909.

Heath Robinson is probably now best known for his intricate drawings of complex machines designed to realise simple objectives, however, in his early career he produced many book illustrations, notably for Hans Christian Andersen’s Danish Fairy Tales and Legends, (1897), The Arabian Nights, (1899) and Charles Kingsley’s The Water-Babies (1915), amongst others. 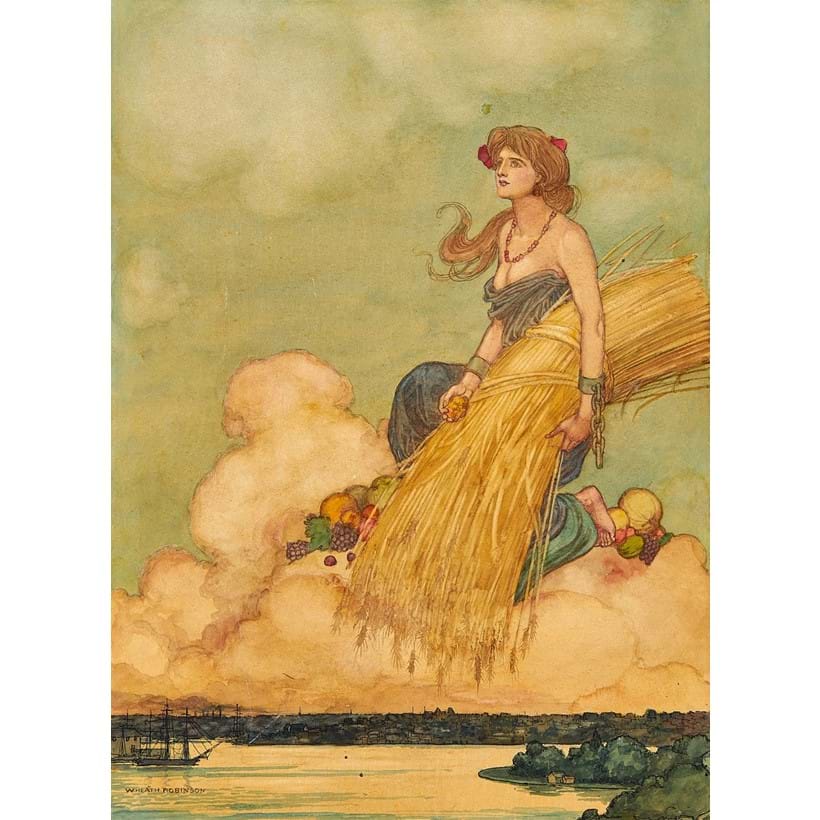 Lot 69, J.R.R. Tolkien, The Hobbit, or There and Back Again, is an exemplary copy of the true first edition of Tolkien’s debut novel. First printed in September 1937 with a limited run of 1,500 copies, it offered its reader, exhausted by the horrors of the First World War and fearful of the next, an escape into the imaginary lands of the Shire, Rivendell, Mirkwood and the lonely mountain. The print run was totally sold out by December of that year.

The second impression soon followed, with a print run of 2,300 copies, including new additions of colour plates and additional maps. The second printing bears the same date of publication “1937”, as here, on the title page and is often misidentified as the first edition of the work. 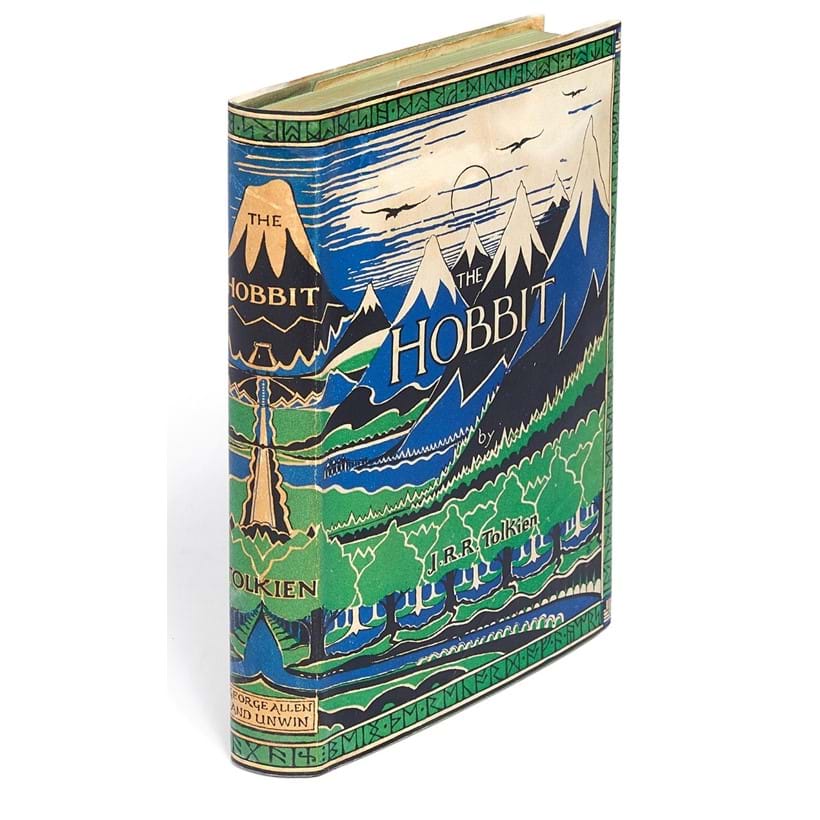