In our Old Masters,British and European Art this December we are delighted to present a superb collection of works featuring classic scenes of the British Countryside belonging to the late philanthropist, and passionate advocate of the great outdoors, Mrs Joan Tice, OBE.

Featuring One of the Finest Painter of Dogs

This collection also features Lot 230 by John Emms (1844-1912).  John Emms was born in Norfolk, the son of amateur artist Henry William Emms. Emms exhibited his first painting at the Royal Academy in 1866 and continued to do so until 1903, exhibiting over 200 works during this time. Emms travelled to London where he became the assistant to Frederic Lord Leighton and later accompanied Leighton to Lyndhurst where he assisted in painting the fresco at Lyndhurst Parish Church.

In 1872, Emms returned to Lyndhurst where he would eventually set up his studio. Emms was an avid hunter and became famous for his canine paintings, especially foxhounds and terriers, and depictions of rural life. The present lot was painted from nature and left Emms studio in January 1885. Emms would visit the kennels regularly, returning home with hounds to draw preliminary sketches from, ultimately making him one of the finest painters of dogs. 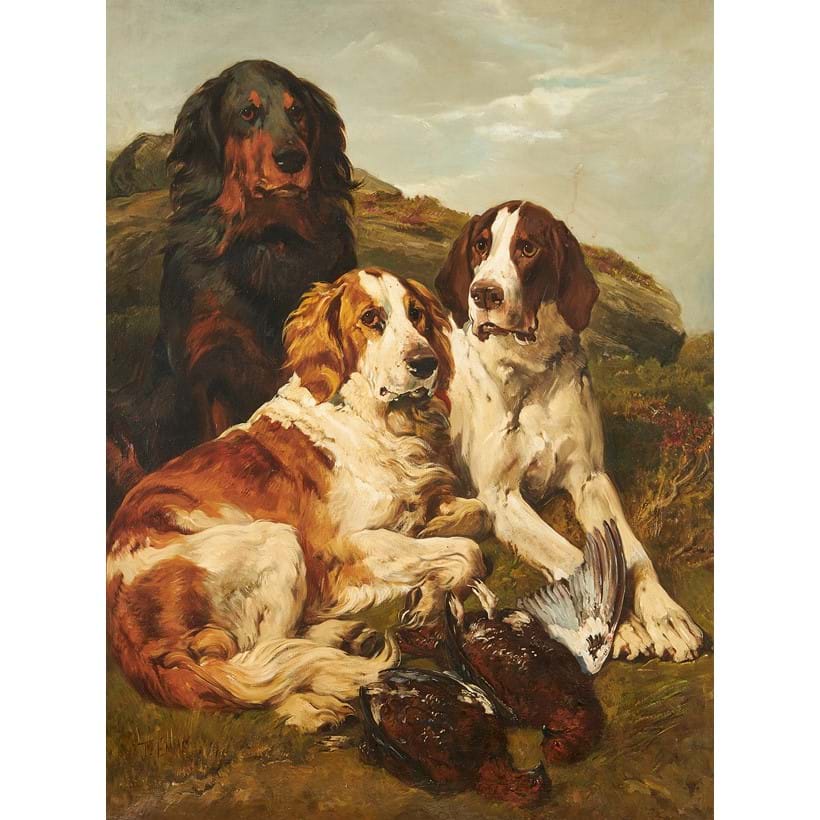 A Work By The Painter of 'The Mitherless Bairn'

Thomas Faed was born on 8th June 1826 in Gatehouse of Fleet, Kirkcudbrightshire. Faed studied in Edinburgh at the School of Design and was elected an associate of the Royal Scottish Academy in 1849. In 1852 Faed moved to London and established his popularity with his painting, titled ‘The Mitherless Bairn’ which became widely reproduced through engravings. In 1964 Faed was elected a Royal Academician and exhibited nearly 100 works at the RA between 1851 and 1893, including present Lot 229, The Gamekeeper’s Daughter which was exhibited in 1884, the of its conception, titled The Keeper’s Daughter. 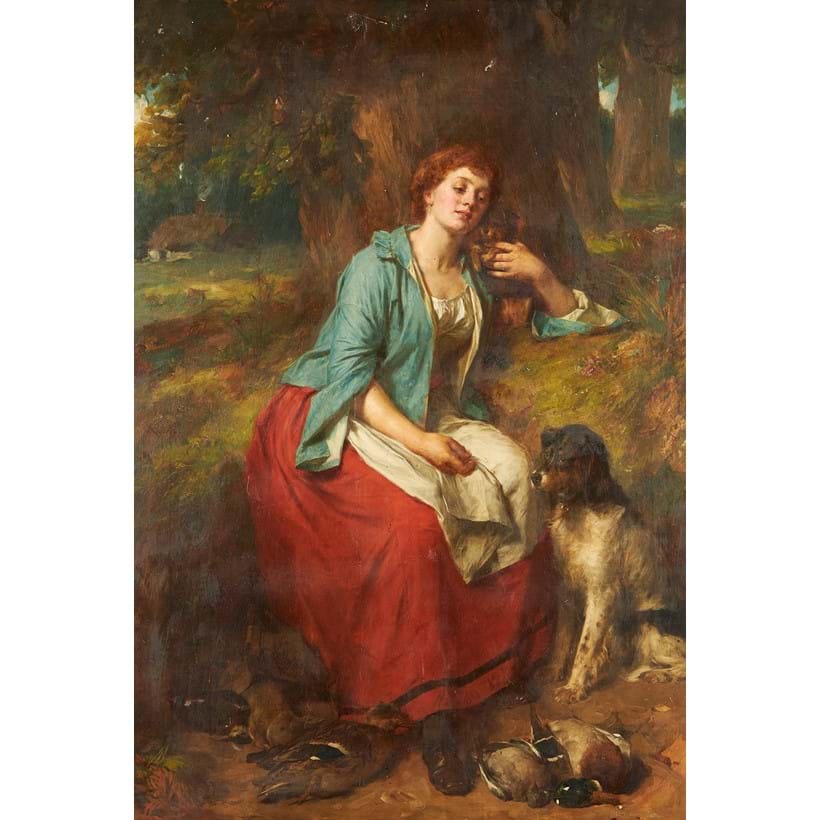 Awarded an OBE in 2014 for her work and contributions to charities across the country, Mrs Tice was a passionate horse breeder and rider who hosted the Pytchley Pony Club every summer for over 25 years. Encouraging and enabling children from all backgrounds to get outside, spend time with horses and develop skills and passions to build confidence that could take them further on in life was a big part of Joan's personal drive and ambition.

It is estimated that the Mrs Tice and the Bernard Sunley Charitable Foundation set up by her parents Bernard and Mary Sunley in 1960 has donated over £100 million to local Northampton charities and charities further afield including the Mary Hare Foundation as well as the continued support of the National Gallery, where the Sunley Room is named after Bernard and Mary Sunley. 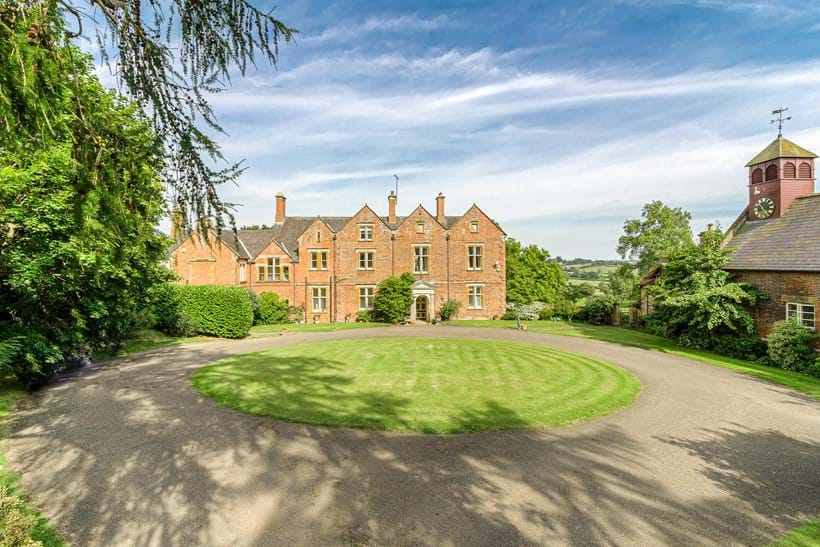