After nearly 90 years, this fine example of a classic work by the renowned landscape artist Jan van Goyen is returning to the art market in Dreweatts' Old Masters, British and European Art auction on 4 December 2019. 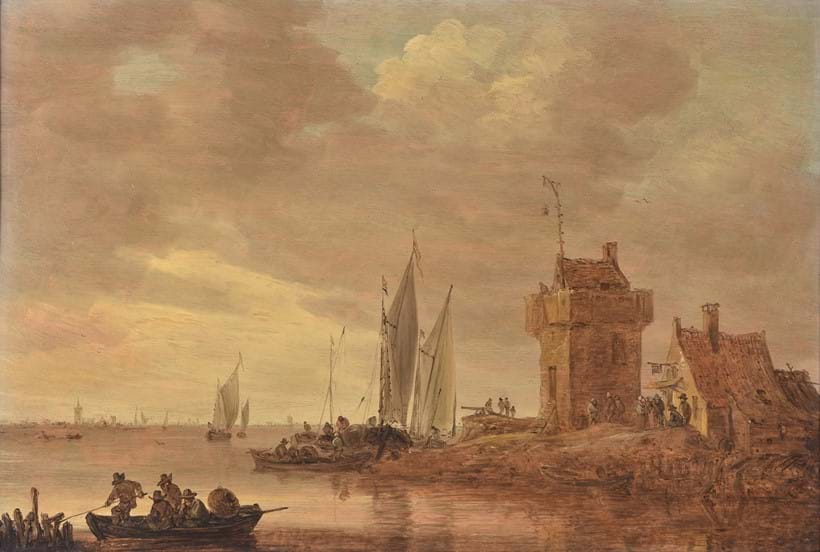 It is likely that the present owner’s grandfather purchased this work sometime between 1931 and 1936. Living in Munich, he and his family fled to Zurich from Germany in 1933, just as Hitler was coming to power. In 1936, he then decided to put many of his family’s possessions in storage before moving the family again, this time to Milan. Yet, before long, with Mussolini starting to make alliances with Hitler, the pressure to uproot soon returned.

In 1937, travelling by boat, he and his family took the enormous decision to leave the uncertain times of Europe, and instead gamble on the distant promise of safety far away – this time in Argentina. Likely the most pivotal decision he made for his future family’s survival - as the Second World War went on to claim the lives of 11 of his siblings and both of his parents. In 1963, he left Argentina and returned to Zurich – this time sadly without his wife who had died after a long battle with cancer. The work was finally taken out of storage, and eventually passed by descent to his son and then eventually to his granddaughter, the present owner. 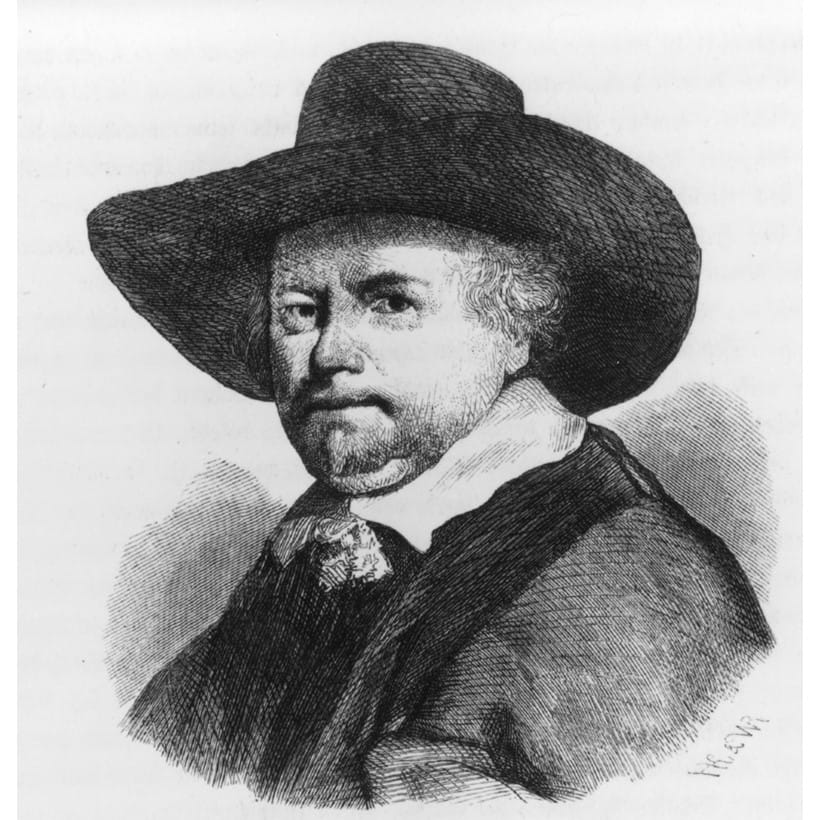 Jan van Goyen was born in Leiden in 1596, and trained in Haarlem with Esaias van de Velde. He was one of the pioneers in depicting naturalistic landscapes in early 17th century Holland, travelling extensively in The Netherlands and beyond, and moving to The Hague in 1631, where he remained until his death in 1656.

In life, to support his family, Goyen wore many ‘hats', not least working himself as an auctioneer, as well as a real-estate investor and art advisor. Goyen also turned to dealing in tulip bulbs imported from Turkey, but suffered severe financial losses when the tulip market crashed in 1637.

The present lot depicts a watch tower with gallow signal on the Rhine near Lobith and Schenkenschanz - a view that Goyen often repeated.  It is a fine example of Goyen’s skillful manipulation of tonal variations. Through a limited colour palette Goyen was able to render natural light and subtle atmospheric effects in shades of brown, green and grey. His use of a low horizon gives the illusion of a broad expanse focusing the eye on the sky. Next to the watch tower is a small tavern in front of which people congregate to chat. Behind the tower is a cannon aimed ready for flight. In the distance sailing and rowing boats can be seen with a church beyond. There is a barge with four fisherman in the foreground and the artist has signed and dated the work 1652 to the side of the barge.

New York to London to Munich... via Berlin

Sold at auction in New York in 1902, and acquired by art dealer Charles William Dowdeswell (1832-1915) of London – who owned and ran a frame-making business in Chancery Lane and went on to open with son Walter the art dealership Dowdeswell and Dowdeswell in 1878. The Dowdeswell Gallery then sold the present Lot to London collector Sir Charles Turner who subsequently sold the work in Berlin in 1908. In 1918, the work is known to have been with the renowned German art dealer Paul Cassirer (1871-1926) who played a significant role in the promotion of French impressionist and post-impressionist artists in particular Vincent Van Gogh and Paul Cezanne. The work was sold at auction in Munich in 1931, and bought by a private collector in Brussels.