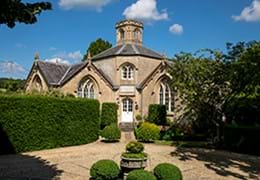 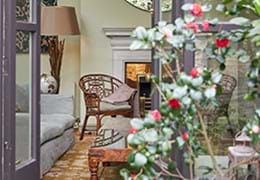 Selected Items from a London Property of a Former Australian Prime Minister | Fine Furniture, Sculpture, Carpets, Ceramics and Works of Art Auction | May 2022 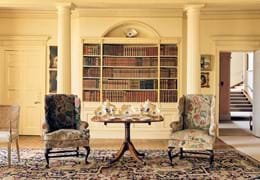 Dreweatts is delighted to be offering eleven lots of sporting paintings and animalier sculpture from the Collection of Nick Robinson (Lots 227-237) at auction on 8 June 2021. 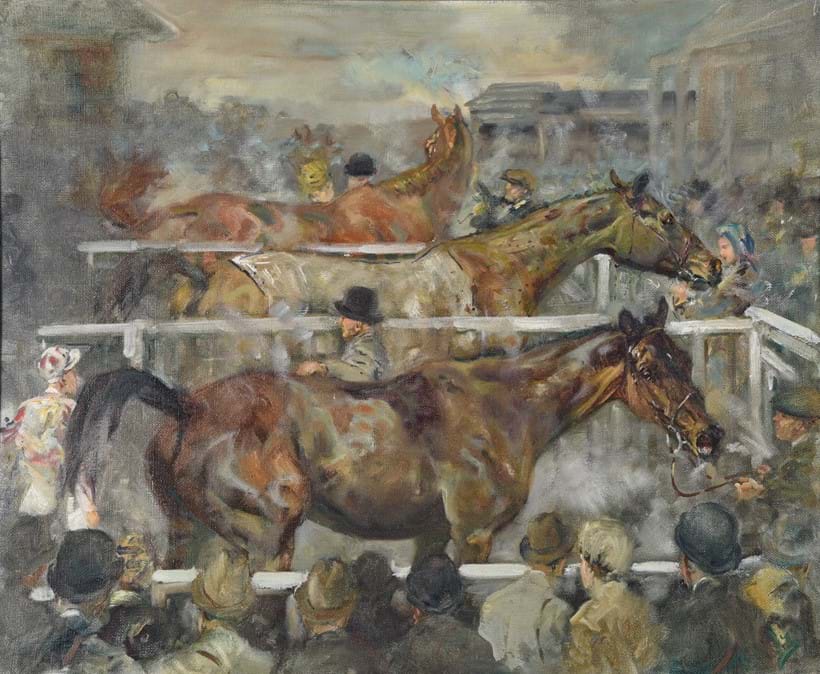 Nick Robinson was a founder of Kennet Valley Thoroughbreds, a pioneer of shared horse ownership in the 1980's and esteemed publisher of horse racing books and magazines. Commenting on the collection, Jennie Fisher, Head of Dreweatts Modern and Contemporary Art department, said: “We are delighted to be offering such a unique group of beautifully-crafted bronzes and stunning paintings, which capture the thrill and spirit of horseracing.

There will certainly be a lot of interest from those with a passion for the sport, not just because of the subject matter, but also due to the personal link to such a pioneering figure in the world of horseracing. Included are three impressive bronzes by Liza Todd-Tivey, as well paintings by sporting art specialists, such as Peter Biegel, John Skeaping and Michael Lyne.” 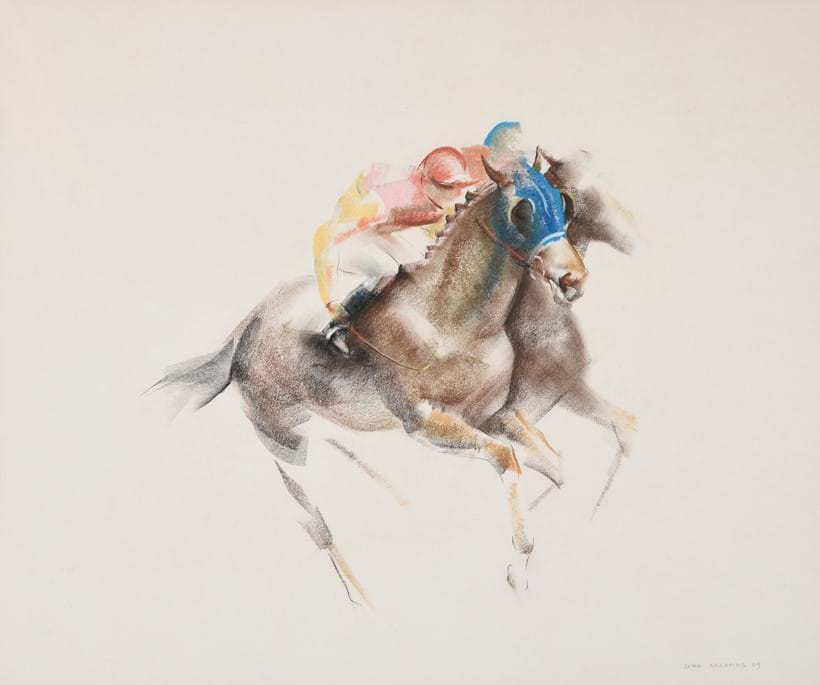 The collection features two pastel works by British equine artist John Skeaping (1901-1980). The first work is Lot 230, titled Neck and Neck. The style used here captures the frenzy and excitement of the race. This work was exhibited in London by J.L.W.Bird in their Spring Exhibition from March-April 1981. The second work is Lot 231, All out for the post, which again uses skilled strokes and pastel shades to show the fast-paced movement of the horse and jockeys. Bedford House and Stables (formerly also including Bedford Cottage, now Rockfield House) were originally within the same small estate as Bedford Lodge (not Bedford Lodge Hotel) which itself was built circa 1820 for the sixth Duke of Bedford as his Newmarket residence. Its appears that the seventh Duke built Bedford House 232 and Stables, for the stables are considered noteworthy and described in Thomas Knightley’s Stable Architecture, published in 1862. After the Duke’s death in 1861, the whole estate was purchased by Sir Joseph Hawley, who sold it on to the Duke’s former trainer, William Butler. Butler demolished Bedford Lodge’s original stabling and sold the Lodge to Joe Dawson who build the main range of stables adjoining it (now Highfield Stables) in 1864. 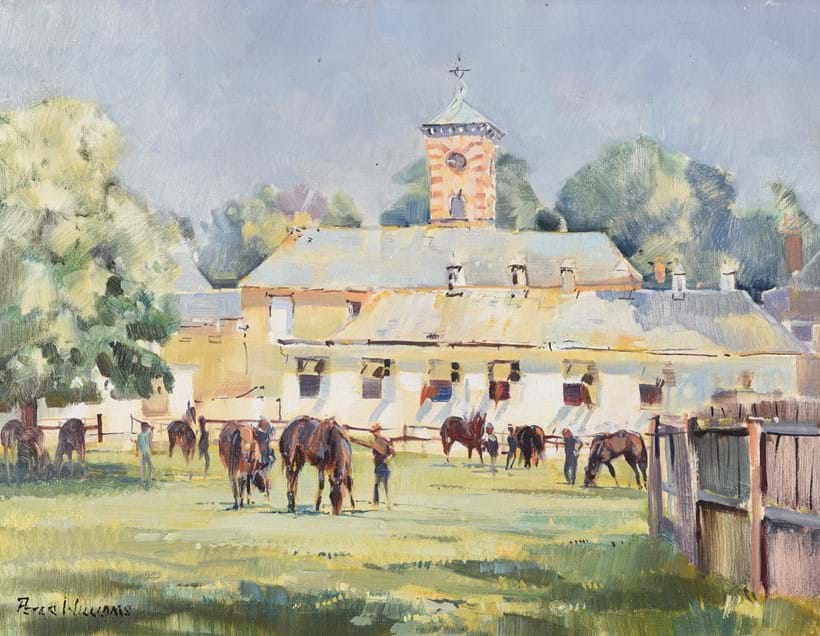 The collection also features three patinated bronze models of racehorses by Liza Todd-Tivey (b. 1957). She is the daughter of iconic actress Elizabeth Taylor and producer Mike Todd. Alongside John Skeaping, she was the only modern sculptor to be included in John Fairley’s influential book, Great Racehorses in Art, first published in 1984.

The first sculpture to be offered is Lot 235, Nashua and Clem. Animal sculptor Liza Todd-Tivey has portrayed the American thoroughbred alongside his groom of 26 years, Clem Brooks. This strikingly intimate and informal portrayal is the result of a 1982 commemorative commission on larger scale by Leslie Combs II, founder of Spendthrift Farm, Kentucky, where Nashua spent his final years. Spendthrift Farm allowed casting of a limited edition of 75 bronzes on a smaller scale, such as the one presented here. Todd-Tivey has completed many private commissions of wildlife sculpture and other racehorses, including models of Seattle Slew and the Canadian stallion Northern Dancer, casts of which are also included in this collection. American thoroughbred stallion Seattle Slew is perhaps best remembered for winning the ‘Triple Crown’ in 1977. A large version of Todd Tivey’s model was cast for Three Chimney’s Farm, Kentucky, where Seattle Slew spent the last decades of his life.