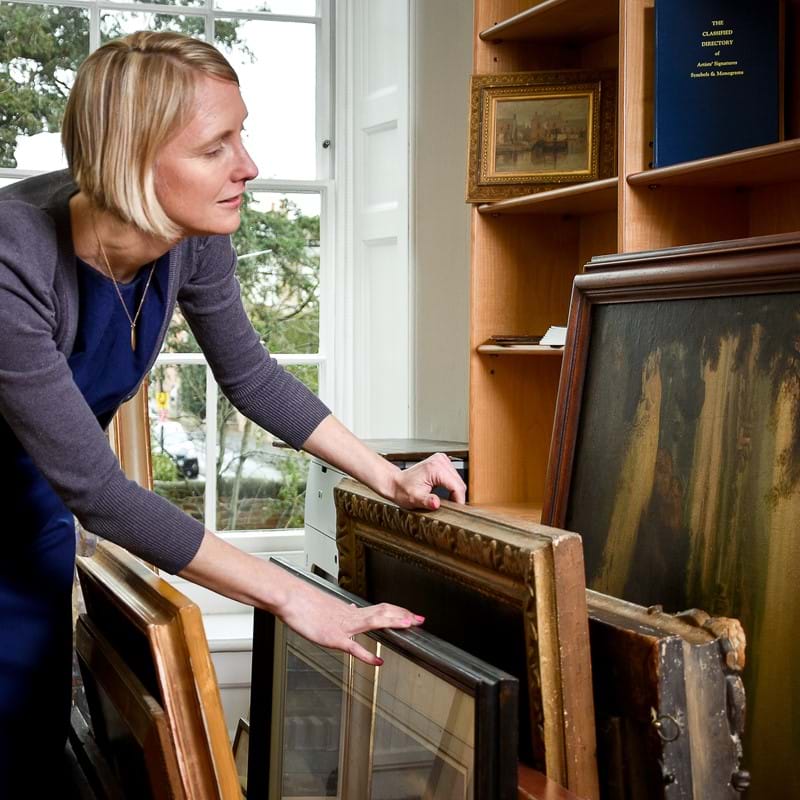 Jennie Fisher studied History and French at University College, London and the Sorbonne followed by a Masters in the History of Art at Trinity College, Oxford.

Upon graduation Jennie worked at Sotheby’s for the best part of ten years. She started at the then newly opened Olympia saleroom where she progressed to running six sales annually of Impressionist & Modern Art and Contemporary Art. In 2006 Jennie re-located to Sotheby’s Paris office for a short period where she worked in setting up local auctions of Impressionist and Contemporary Art. Upon her return to London and until 2010 Jennie was a Director and Head of the Prints Department. Thereafter Jennie took a short break to look after her two children and she moved to Somerset. Between 2012 and early 2016, she worked on a part-time basis for Bonham’s as a regional Picture specialist for the South-West.

Jennie joined Dreweatts in 2016 and continues to specialise predominately in modern pictures and prints.  She has overseen the sale of several significant collections, including a Private Collection of Forty-Five Irish & British Paintings and Sculpture, April 2016 and Works from the Collection of Jan Krugier, March 2017 as well as property from the Estate of the late Clifford and Rosemary Ellis, January 2017. Jennie was appointed Head of Department in 2018.