Dreweatts’ summer edition of the Fine Art Timed Online Auctions runs from 10-26 August and comprises close to 300 lots including old master paintings as well as 19th century landscapes through to contemporary works. The breadth of the sale, covering different genres and styles means that there is something for everyone. Whether you are looking to start an art collection or add to an already existing one, with prices ranging from £30-5,000 (+ fees) it is an exciting selection of must have lots, including works by Sir Terry Frost, Eduardo Paolozzi, Carel Weight, Thomas Bush Hardy and Bernard Buffet. Leading the sale is a magnificent illustration by Sue Macartney Snape depicting a scene from courtside at Wimbledon in 1999 (Learn more).

Francesca Whitham, picture specialist, selects some of her personal favourites to add to her dream art collection. 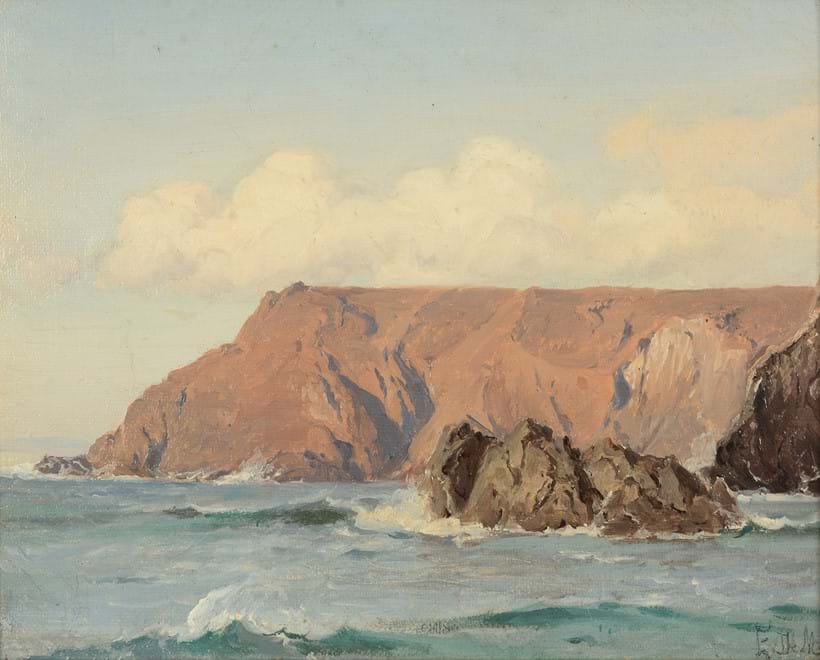 Artist to King Edward VII, Edoardo Federico de Martino was a highly respected marine artist. He was born in Meta di Sorrento in 1838 and went on to serve as an officer in the Italian Navy. In 1868, inspired by the School of Resina, he moved to Naples and took up painting. Later he travelled to London and became renowned for depicting British naval ships and successful battles such as Trafalgar and Cape San Vincenzo. It is said that even Queen Victoria rated the artist.

Martino travelled around South America, including the coast line of Brazil producing a series of works. The present work shows off his ability to capture the swirling blue waters of the Atlantic ocean. This view of the coast of Portugal was purchased by the present owner from the Wormington Manor, Country House sale in 2003 that was held at Sotheby’s. I particularly love the subdued colour palette used for the rocky outcrop in the distance. The delicate handling of the brushstrokes and atmosphere created by De Martino make this a very attractive work holding an estimate of £300-500 (+ fees). 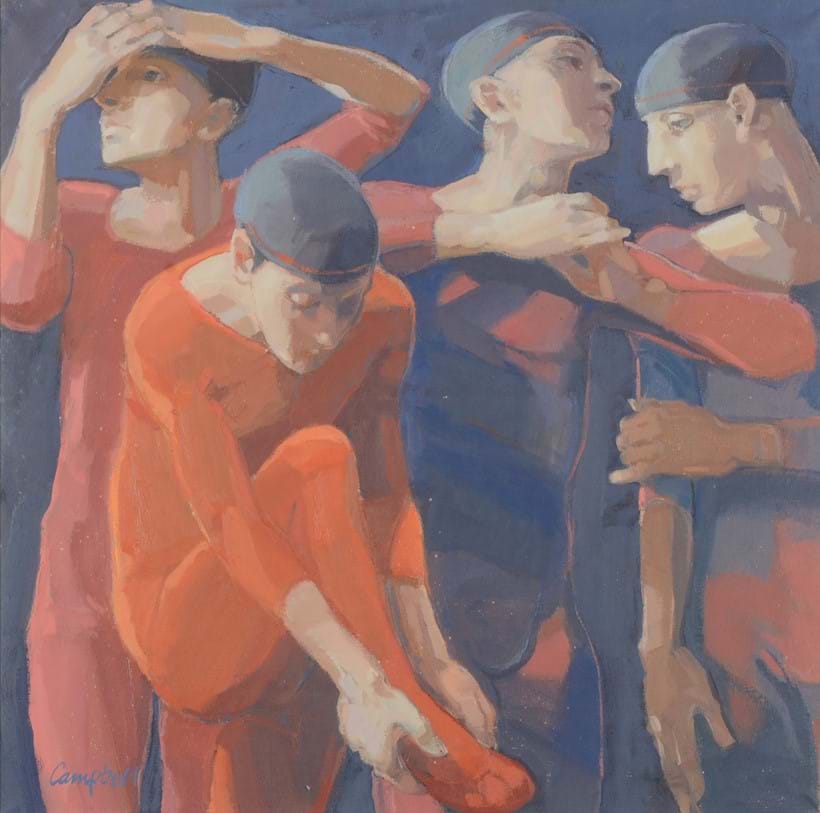 The present work by Scottish Artist Catriona Campbell, captures the moment before the performers enter the stage. The tight knit composition between the figures generates a feeling of excitement, suspense and nervousness as each performer makes their final arrangements, stretching and focusing their mind. Campbell was born in Dollar, Scotland in 1940. Campbell studied at Glasgow School of Art from 1957-1961. Elements of both Sir Stanley Spencer and Joan Eardley, can be seen in this work, two artists who greatly inspire her career. 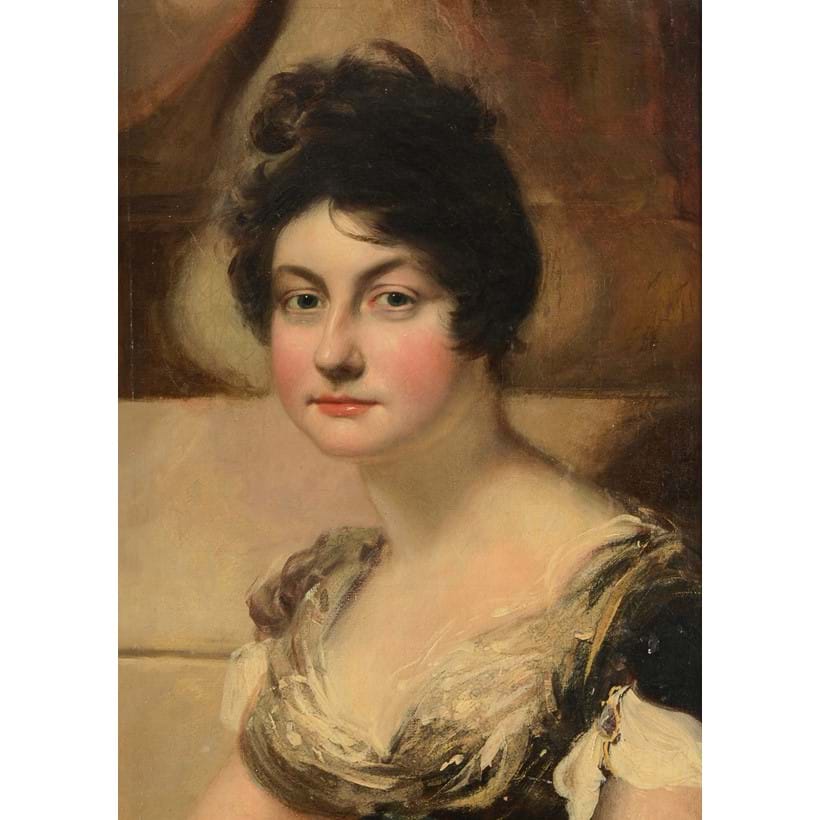 Next up is a late 18th century portrait by British artist Sir William Beechey. Beechey was an important portrait painter who painted works of sitters such as artist Paul Sandby, actress Sarah Siddons and King George III. A man who painted so many interesting faces, it makes one question the sorts of secrets he might have heard or the things he would have known. The present lot, despite being an unknown sitter, is adorned in sumptuous fabrics which illustrate her highly respected position in society. Her eyes gaze towards the viewer, drawing them into the tight composition. 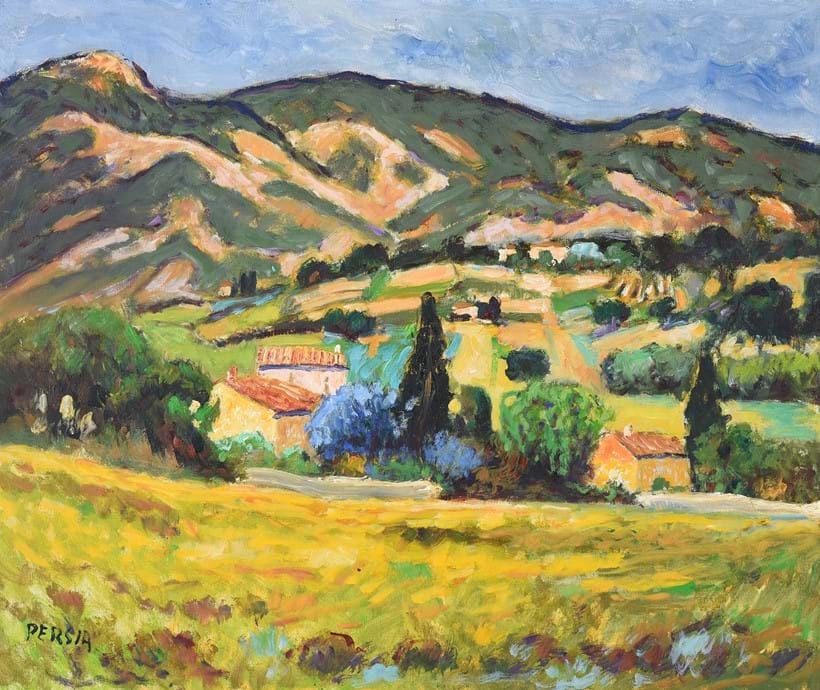 Alfred Persia is renowned for his beautiful views of Provence. This present work shows a beautiful example of Persia’s impressionistic style full of joyful colour. The work transports the viewer to peaceful summer evenings. It is estimated at £500-700 (+ fees).

There is an eclectic selection of works by Modern British artists in the Fine Art timed online auction such as Sir Terry Frost, Julian Trevelyan, Gillian Ayres, Elisabeth Frink and Craigie Aitchison.

Remote Viewing is available by appointment from Wednesday 10 August. Our Remote Viewing Service allows you to view specified lots via your smartphone from the comfort of your own home at a time convenient to you. Find out more here.