Last week The Royal Mint revealed the new official 50p coins with the effigy of King Charles III, created by renowned British sculptor Martin Jennings. The coins will enter into circulation in the coming months. Dreweatts collaborated with Martin Jennings in April this year, sponsoring his exhibition 'Poets, Plumbers and Politicians', held at Arundells, Salisbury and are excited to be offering a bronze of his famous sculpture of poet Sir John Betjeman, in our Modern and Contemporary Art auction on 19 October. 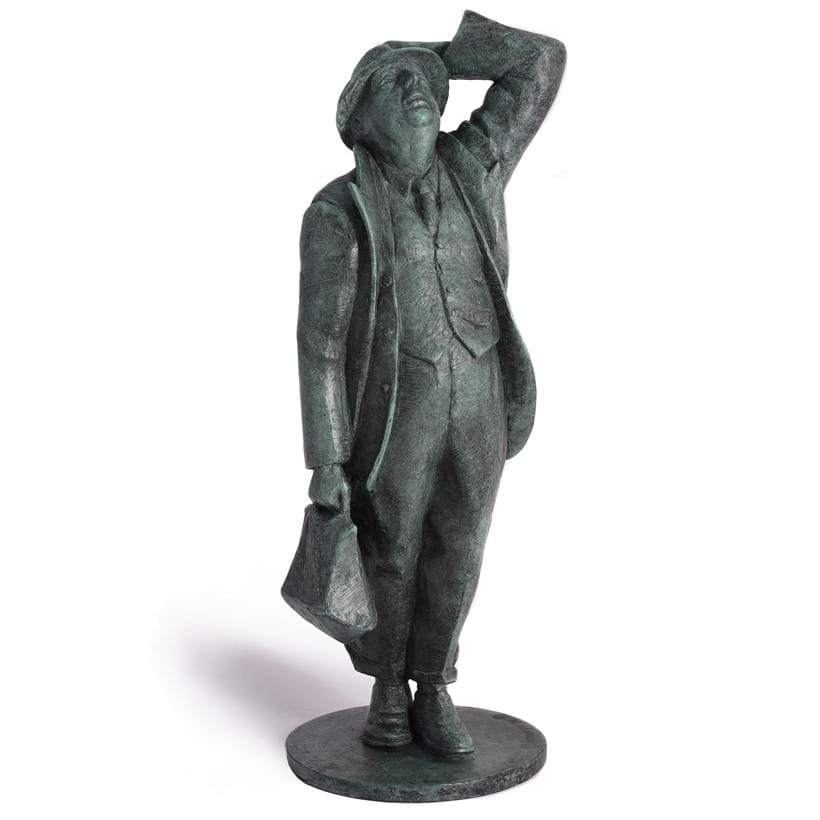 Jennings has twice won the Marsh Award for Excellence in Public Sculpture and his work is in private and public collections worldwide. He is perhaps best known for his statue of Sir John Betjeman at St Pancras Station. The present work of Sir John Betjeman that we will be offering (Lot 117), stands at just 41cm high, and is signed, numbered 14/20 and stamped with Pangolin Editions to the base.

The larger than life version at St Pancras station in London, was unveiled on 12 November 2007 to commemorate the opening of the Eurostar terminal. The location honours the connection between St Pancras station and Betjeman.  Betjeman was key to saving St Pancras station from being put out of action indefinitely during the 1960s and was passionate about the station as well as a lifelong advocate of Victorian architecture and a founding member of The Victorian Society in 1957. 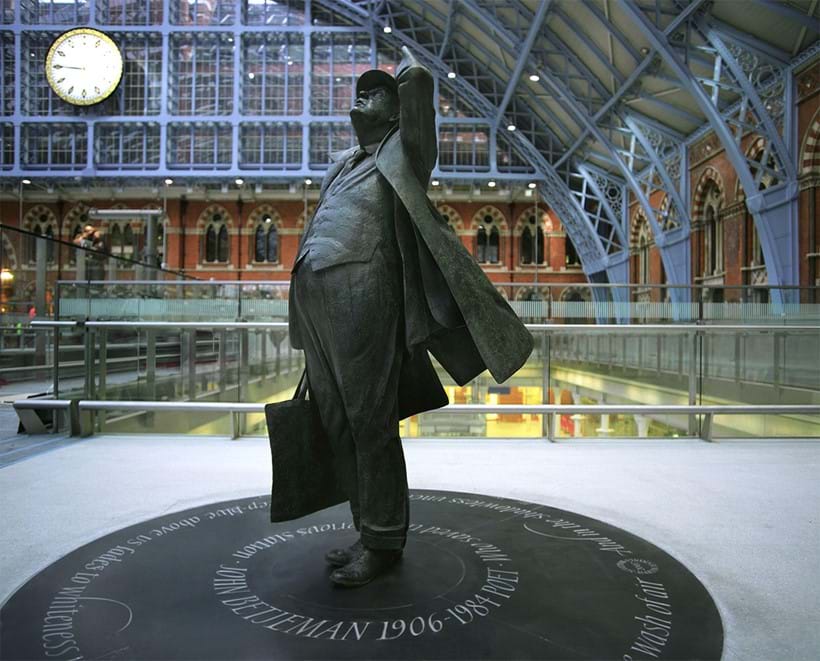 An insight into the creative process

Back in April of this year, Dreweatts Managing Director, Jonathan Pratt, sat down with Martin Jennings to talk about his career, gleaning fascinating insights into the creative process behind some of the nations most iconic works. Speaking about the process behind creating the statue of Sir John Betjeman, Jennings said:

"The reading research is very important, and that is true of authors, writers, poets. You read their works, as much as you read about them, because you learn as much about what it is that people have responded to in that author. So to make a statue of Sir John Betjeman in St Pancras Station, I read all of his poetry a couple of times over, not only because I selected some quotations to carve inscriptions set into the station platform, but also because the poetry informed the mood of the statue.

Part of my intention was to make a triangular relationship between sculpture, poetry and architecture, so that the figure is directly related to the building. You follow his gaze up to the roof above you. The poetry that I inscribed below him, which was taken from a poem called 'Cornish Cliffs', describes the awe with which Betjeman himself looked up at the cliffs in Cornwall, and I think stemmed from the same emotional base as the kind of awe that we all have for great buildings. Public sculpture should inform the space that it occupies, as much as the space should inform the sculpture."

British sculptor Martin Jennings is renowned for his spectacular public sculptures of famous figures. As well as the Betjeman work in St, Pancras, he has encapsulated Philip Larkin for the Philip Larkin Society in 2010 for the 25th anniversary of the poet's death, which stands in Hull Paragon station. The bronze figure of George Orwell stands outside BBC Broadcasting House, Charles Dickens outside Guildhall Square in Portsmouth to name a few. Jennings has also received Royal commissions, including a bronze bust of HM Queen Mother, which was commissioned in 1998 by the Friends of St Paul's Cathedral of which she was Patron, to mark her upcoming 100th birthday. The resulting portrait sculpture was the last to be made of her from life. It was unveiled by HRH Princess Royal on 8th July 2000 at a special ceremony in front of a large congregation and is now on permanent display in the OBE Chapel in the cathedral crypt.