The auction on 21 November, a carefully curated group of 277 lots, comprises fine furniture, carpets, ceramics and works of art incorporating superior examples dating from the seventeenth to the twentieth century. Through oak, walnut, mahogany and satinwood, alongside complimentary decorative furnishings to each period and taste, each piece in the auction has been carefully selected as a desirable and often outstanding for its age and type.

Mahogany was widely used in the 18th century for cabinets and tables, it possesses a straight, fine and even grain and good workability. Over time its reddish-brown colour darkens and when polished displays a reddish sheen as seen in this drum table up in our November auction. 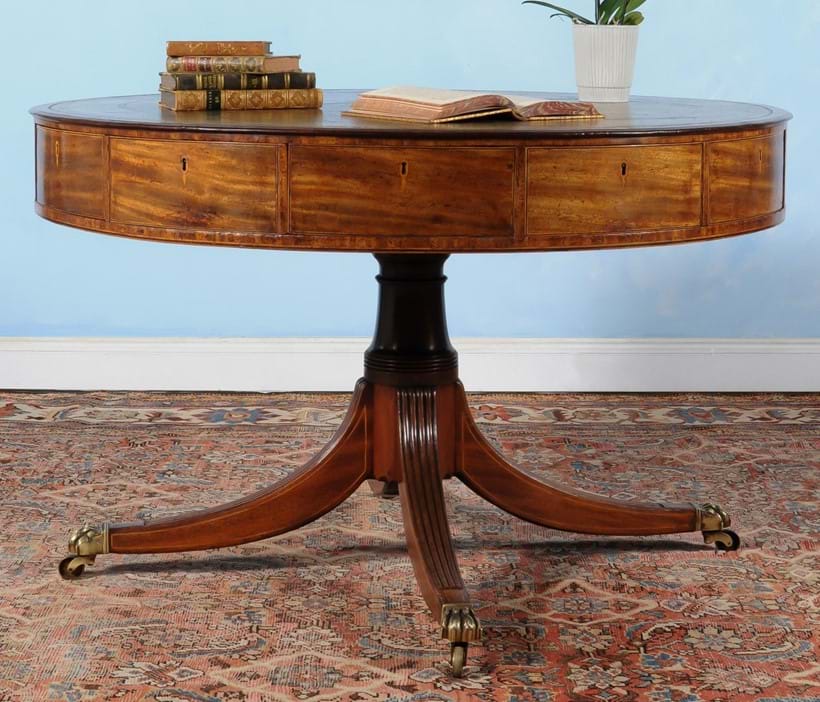 Lot 114, a George III mahogany bedside commode, circa 1770, is attributed to Thomas Chippendale. Through applied handwritten labels its provenance can be attributed to W.C. Gore Langton, Newton Park, Bath, and by descent bequeathed to the fifth Earl Temple of Stowe and thence to his nephew, Grenville Gore Langton, in around 1940.

Although no specific commissions for Newton Park by Chippendale have yet been found, he did complete commissions for the Earl Temple at Stowe. It is plausible that the provenance of this piece has become confused over time. A closely comparable pair of bedside commodes are to be found in the Blue bedroom at Dumfries House, and Dumfries is of course one of the most significant commissions for Thomas Chippendale. 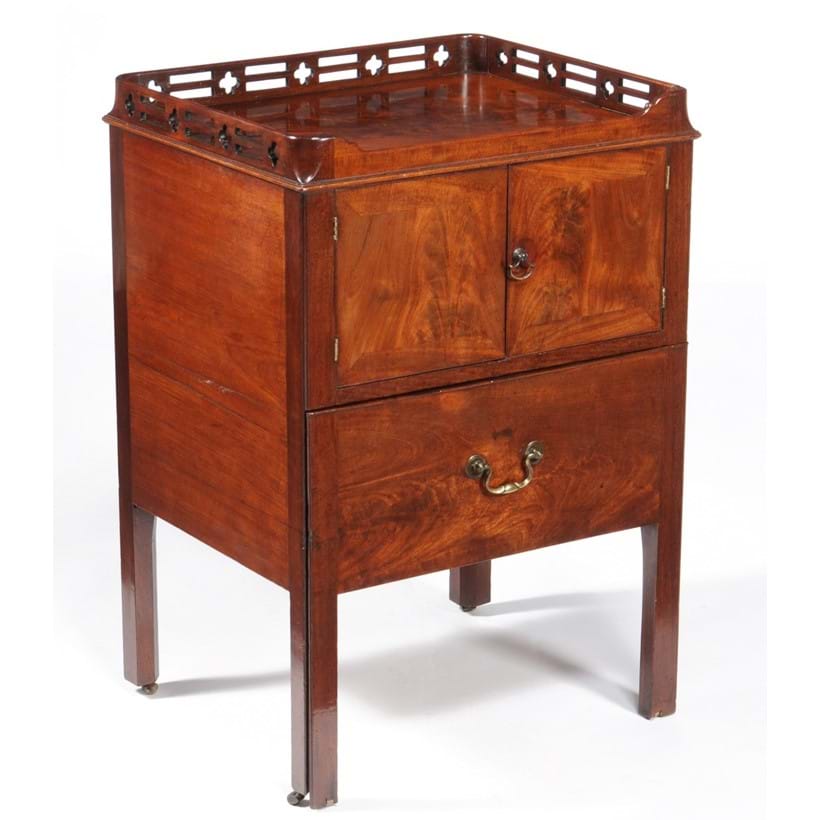 Lot 181 is significant due to its remarkable proportions, most examples in these materials and from this era are half the size. 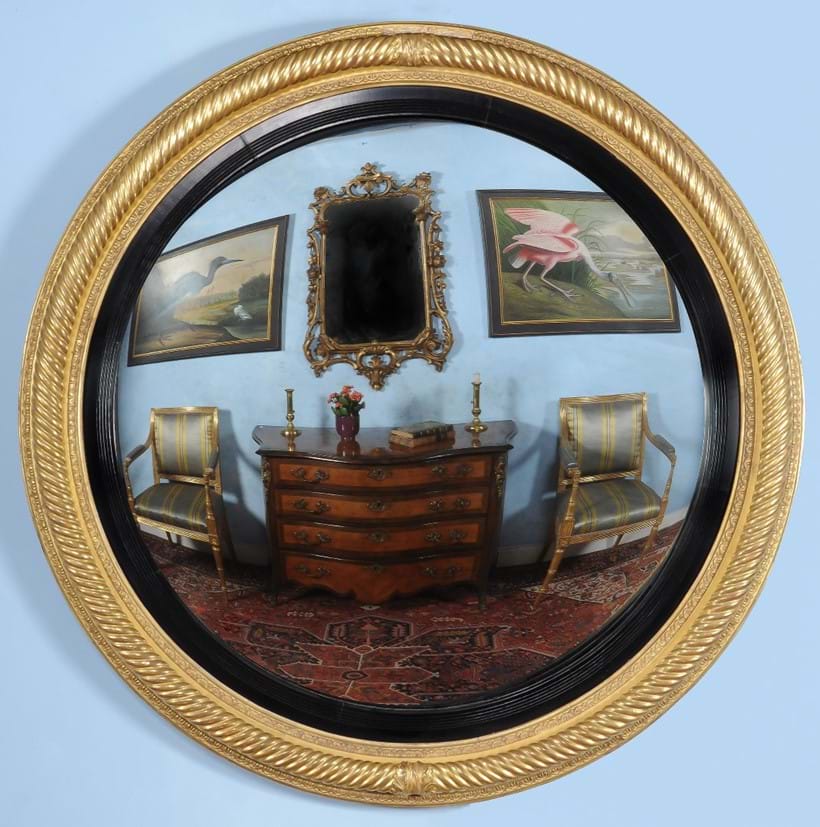 Both birds are shown in naturalistic settings, and are set within an ebonised and parcel gilt moulded frame. 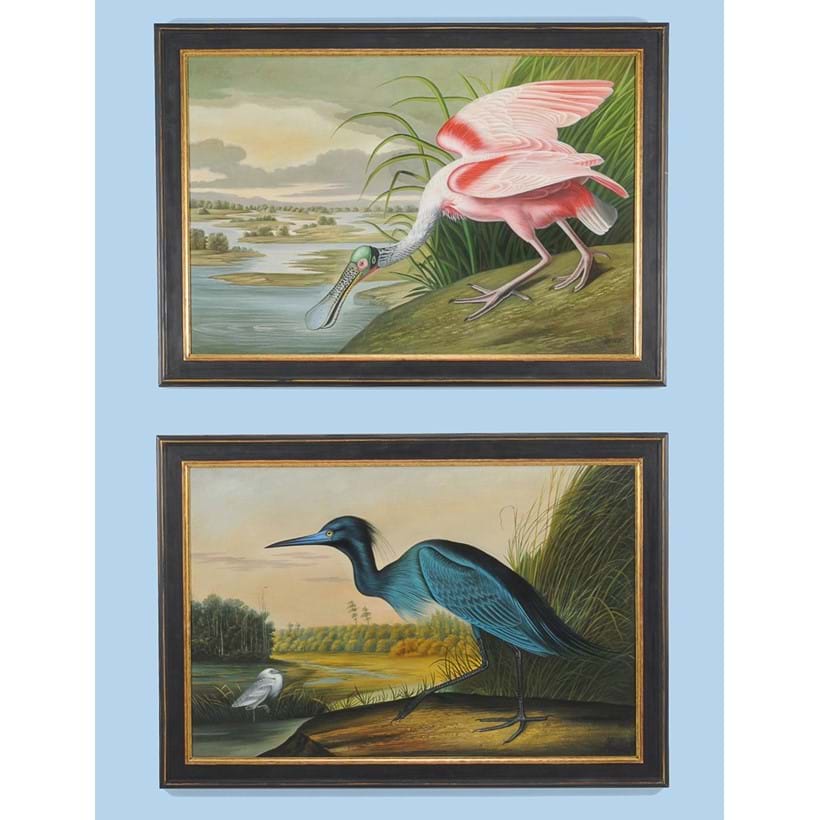 Lot 76, a George III mahogany chest of drawers, dates from circa 1780, and is of small proportions, 71cm high and 69cm high.

It is in highly attractive original condition and colour and its diminutive size makes it a very flexible piece. 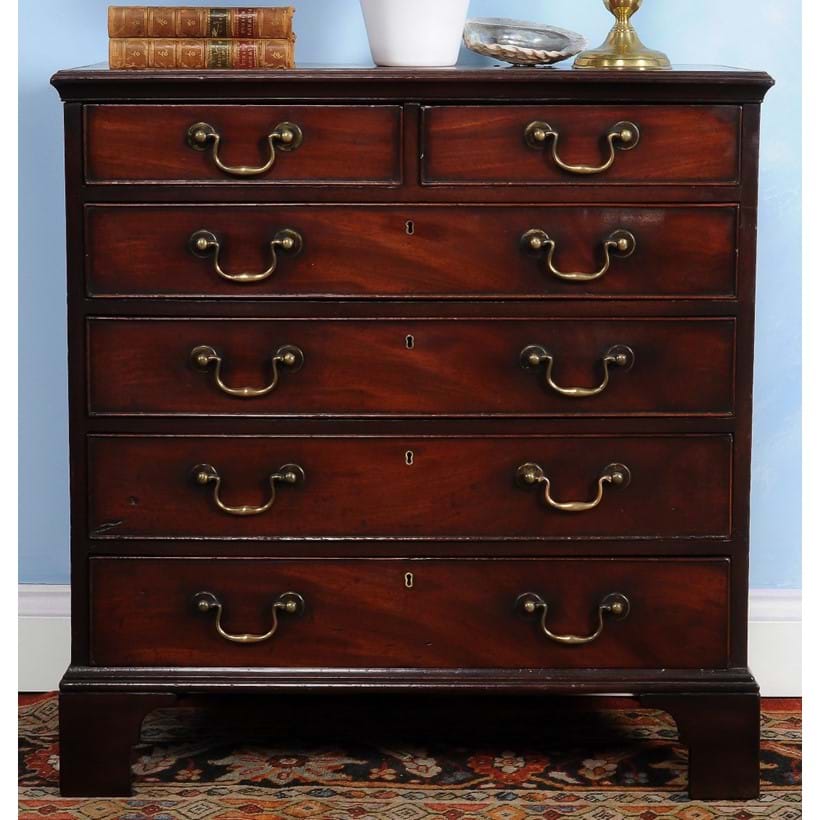 This pair of seats are in the French taste, each is carved and pierced throughout, decorated with floral foliate motifs and the cartouche-shaped back above the solid seat is flanked by serpentine shaped and moulded arms.

The unusual blend of design and timbers suggests they could be of Chinese or Indian colonial origin. It seems likely that they were made to commission specifically as a pair and to fit a particular part of a house, perhaps a hallway or landing. 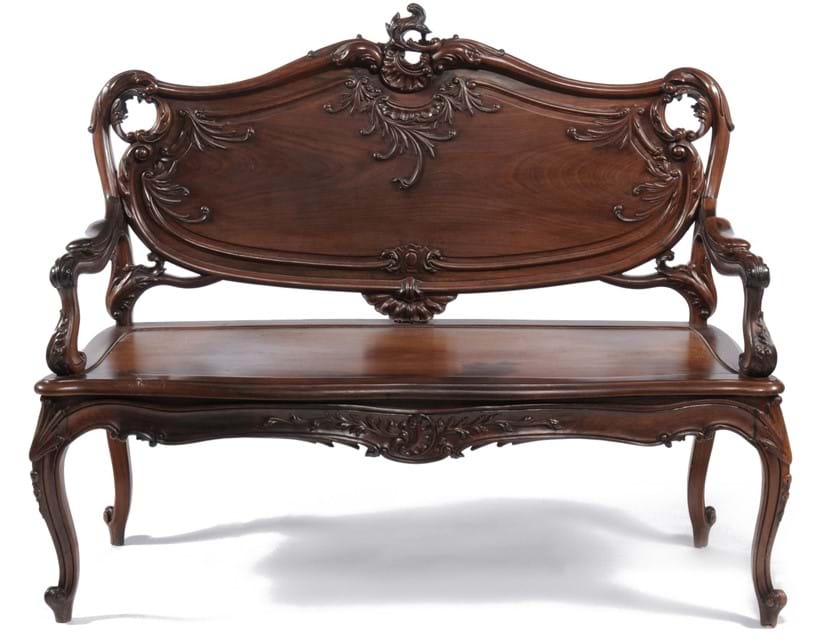 The group includes two armchairs, each shaped rectangular ‘ladder’ back incorporating pierced splats with a tapering drop in seat above square section legs. 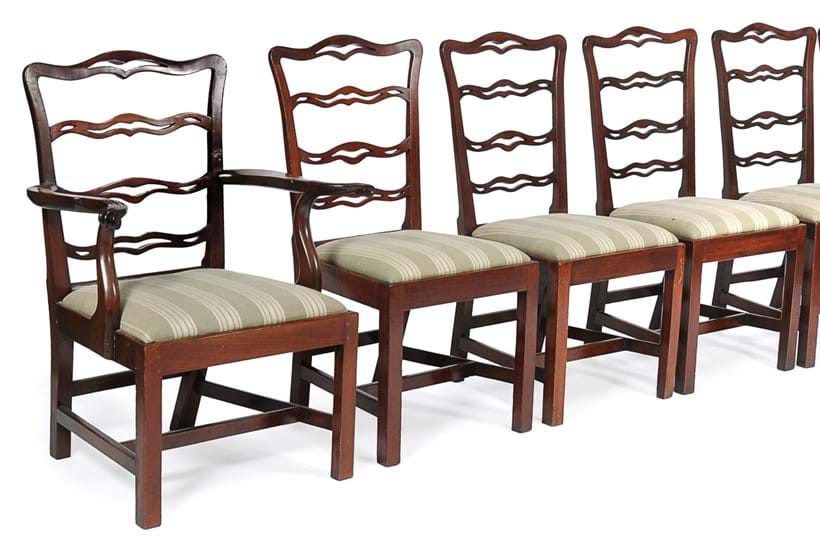 This Venetian painted and parcel gilt serpentine commode dates from 1760. It is decorated with flowers and birds in cartouche shaped reserves within a crimson lacquer field. It sits on cabriole shaped legs terminating in stylised hoof feet.

The vogue for Italian painted furniture was at its height in the second half of the 18th century, and the popularity of Venice as a key location on the Grand Tour only increased its popularity. 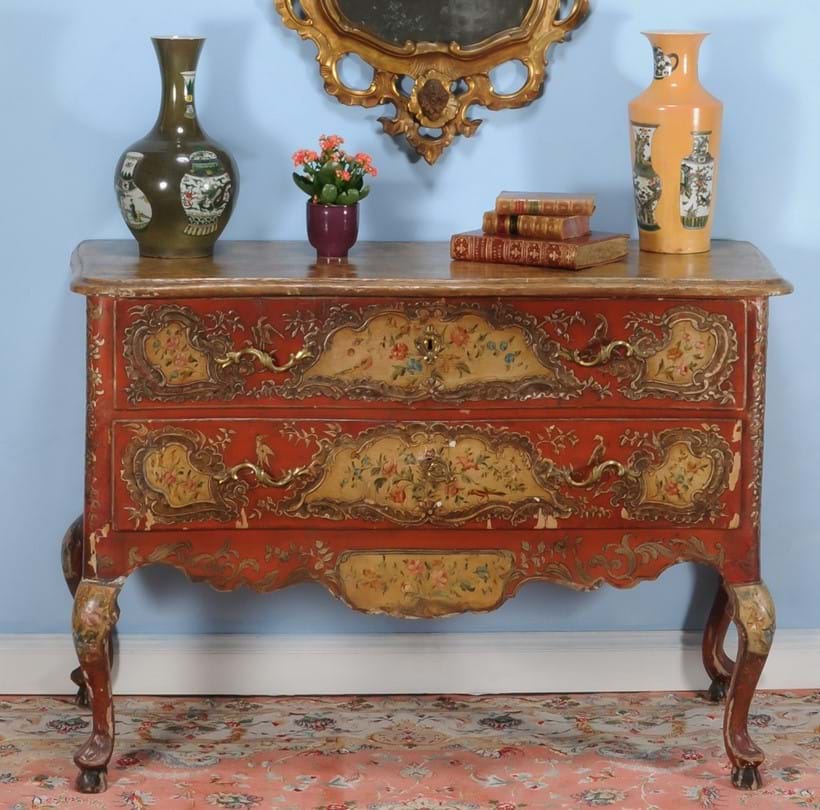 The auction also includes sixteen lots from a Private Family Collection, London, one of which, lot 162, is showing here. The pair of George III folding card tables in semi-elliptical outline are in the manner of Mayhew & Ince, with each rosewood and banded top featuring a vine and berry border, the harewood tablet is decorated with shell and foliate scroll motifs. 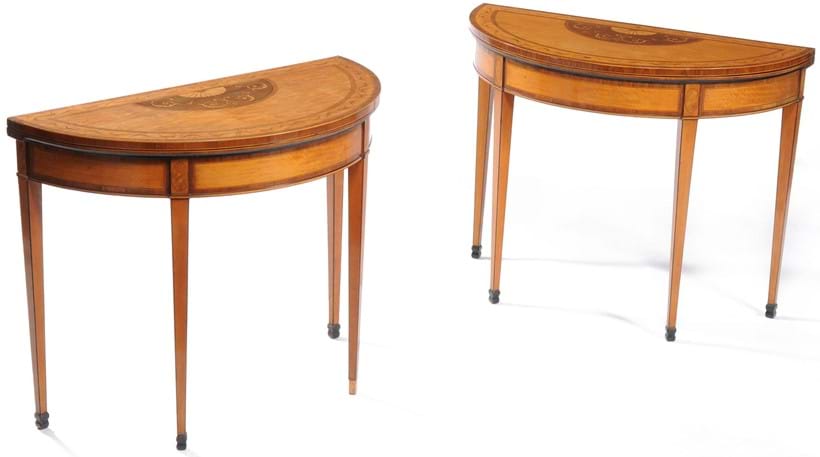