From our Fine Furniture, Sculpture, Carpets and Ceramics auction on Tuesday 19 May, we have a wonderful array of British and European Ceramics. Here Geoffrey Stafford Charles picks out some of the highlights.

A highlight is Lot 7, a London delft wine bottle, dated 1642. It showcases the typical English Delft form. This item comes from the estate of Christopher and Rosemary Warren. A large part of their English Delft collection can be found in the Ashmolean Museum. 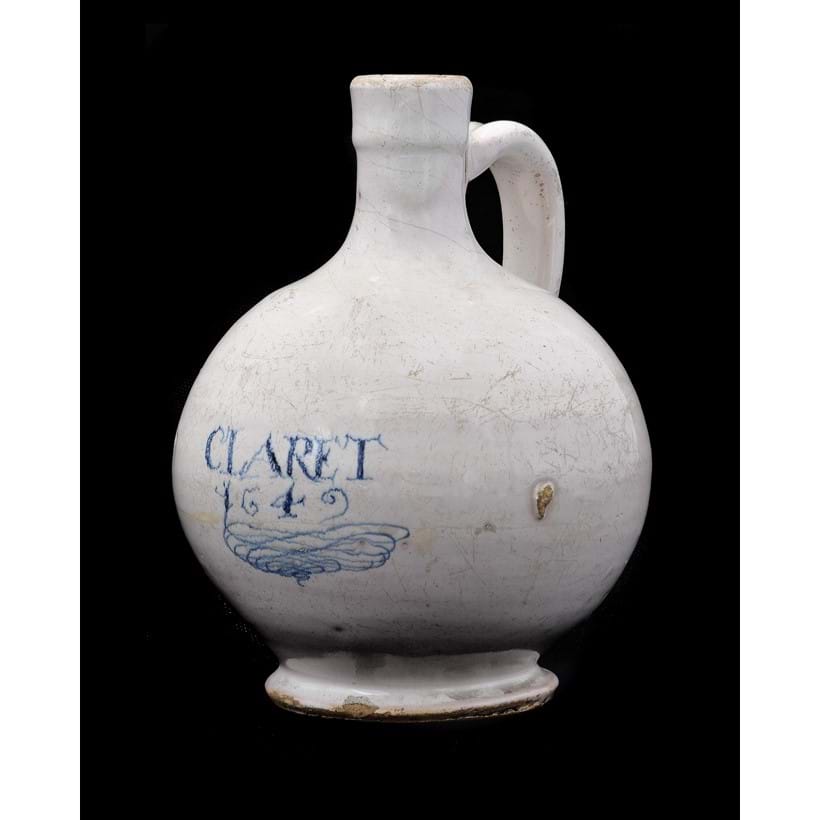 A Sevres seau a bouteille

From the Revolutionary Period, between the fall of Louis XVI and the first empire of Napoleon, we have Lot 60, this Sevres seau a bouteille, circa 1795. 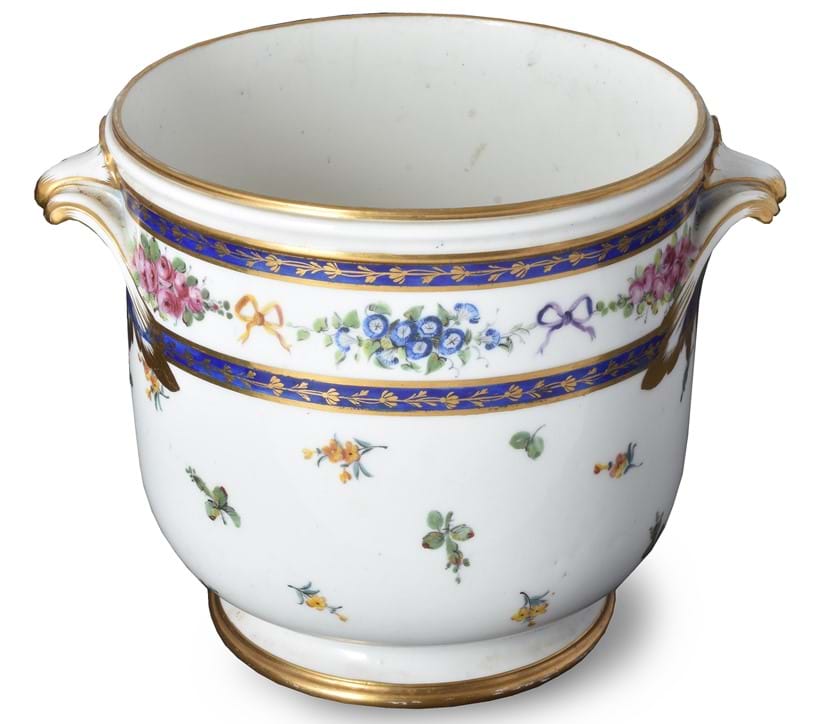 It is delicately painted with a foliate band of rose and convolvulus with ribbons, between blue-line and gilt husk band borders, above scattered flower sprays. It also bears the République française mark and painter's mark for Mme Descoins to the base. 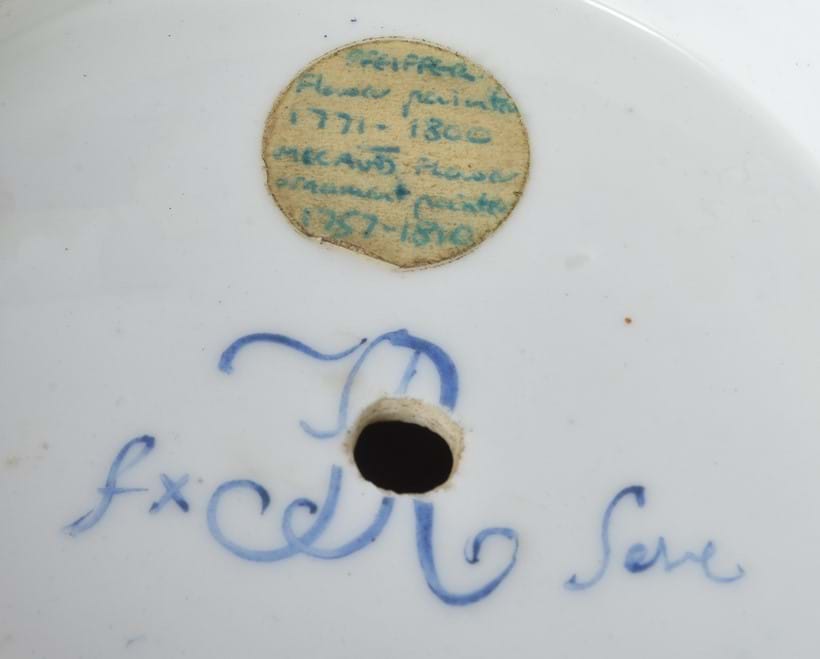 A Continental porcelain Etruscan-style vase, circa 1830-50

Another highlight from the auction is Lot 140A. Part of this lot is a Continental porcelain Etruscan-style vase, circa 1830-50, probably Parisian. It is painted in iron-red, black and shades of buff with vignettes of charioteers and figures flanking a stele between gadrooned, key-pattern and palmette borders. 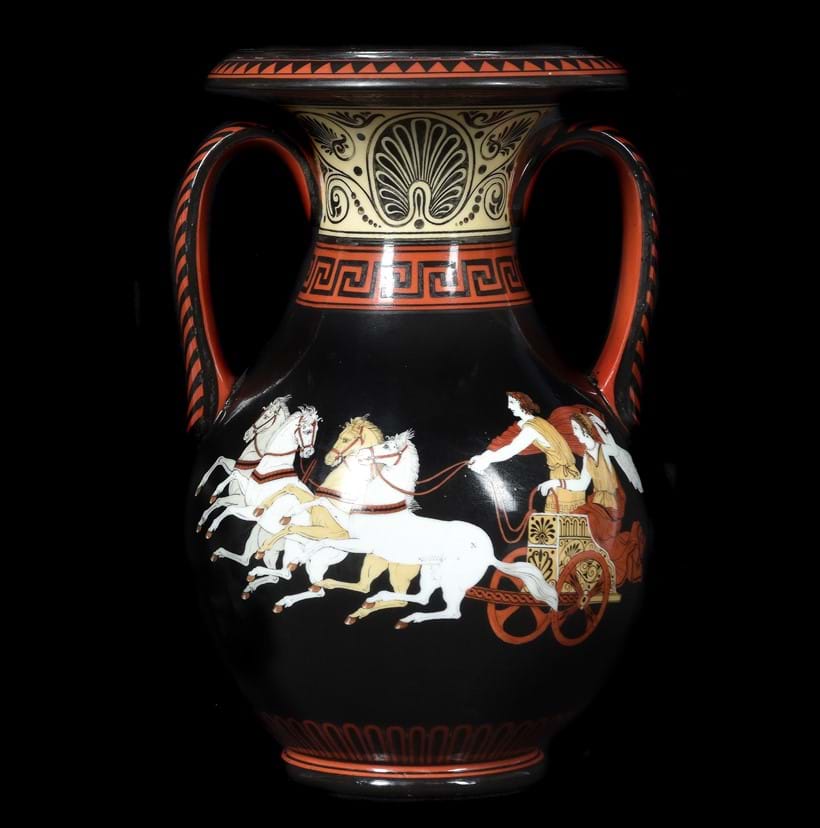 The decoration of this vase is inspired by the designs of ancient vases in the collection of the Duke of Hamilton. This stylised red and black figure-painting inspired potters such as Josiah Wedgwood and a raft of Neapolitan, French and continental makers such as Sèvres, Dagoty and Honoré of Paris. The connection with ancient pottery is further re-enforced by the use of the pelike form derived from an antique vessel for liquids.

We are also offering Lot 242, a St. Petersburg Imperial Porcelain Factory charger from the Kremlin Service, circa 1837-38. It showcases a bright design, the centre with geometric stylised foliate boss within a green and gilt border of stylised palmettes, red inventory number verso and Imperil cypher for Nicholas I (1825-55). 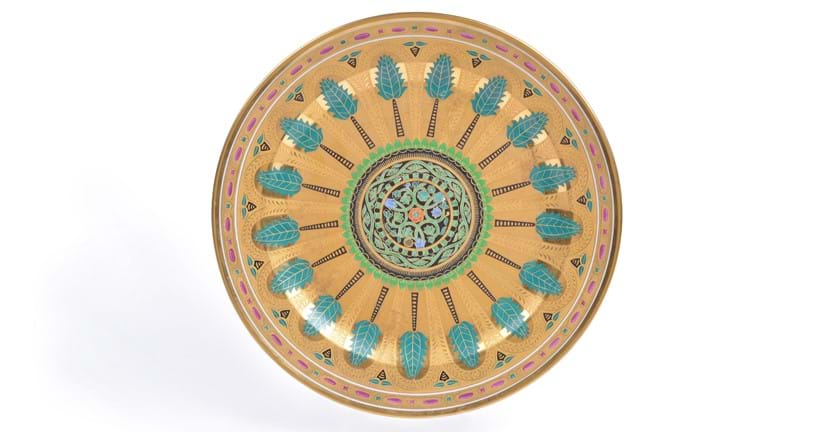 Fedor Solntsev (1801-1892) was the main decorator of Kremlin interiors for Tsar Nicholas I and was asked to study the vast collections which culminated in a six volume work 'Antiquities of the Russian State'. The porcelain service commissioned from the Imperial porcelain works for the Kremlin Palace is based on drawings Solntsev made for this work, namely the cloisonné enamel and gold plates and dishes from the collections of the Kremlin Armoury, made for Tsar Alexis (1645-76), father of Peter the Great.