The catalogue for our Modern and Contemporary Art sale on 19 March is now available. Here Jennie Fisher, Head of Fine Art, picks out some of the auction highlights. 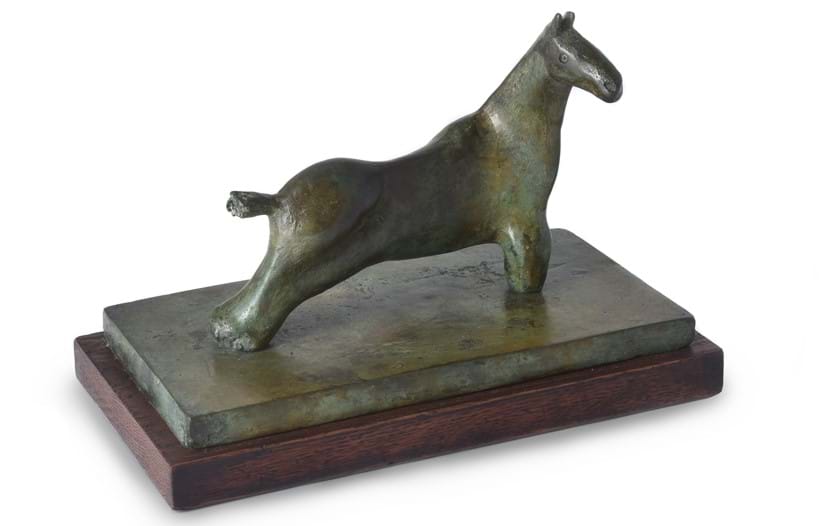 The undoubted star of the show is a bronze maquette of a horse by celebrated British sculptor, Henry Moore. Although Moore had used the form of the horse as early as the 1920s, the present work is one of only a handful actually realised and also enlarged to a full-scale model, one of which is in the collection of the Henry Moore Foundation, Much Hadham in Hertfordshire.

The sculpture demonstrates Moore’s ability to reduce the form to its essentials – there is no hint at detail. Whilst still figurative, the structure is reduced to something nearing pure abstraction. Valued at £20,000-30,000, the piece represents a fantastic opportunity to acquire a work by one of the world’s most renowned artists of the 20th century. 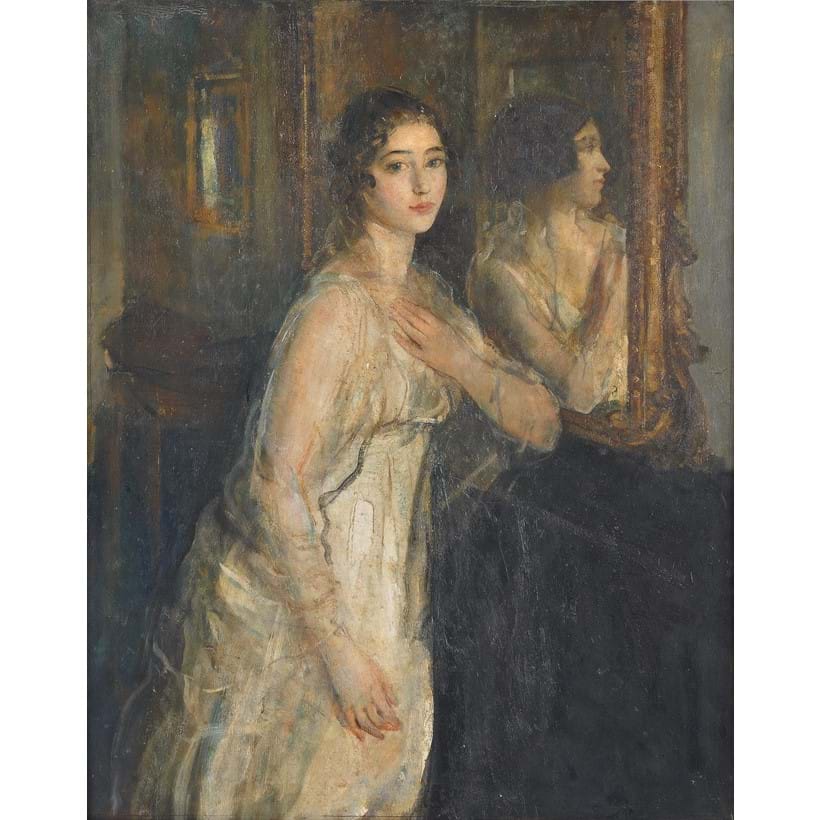 Another highlight is an exquisite 1918 portrait of Miss Violet Henry by society painter Ambrose McEvoy. The work is one of the artist’s undoubted successes, conveying his subject in a sympathetic manner, on the one hand a timeless beauty yet also the epitome of the early 20th century. The recent retrospective of McEvoy’s work at The Philip Mould Gallery in London has led to renewed interest in the artist’s work, and the present work, which comes from descendants of the sitter, will receive well deserved pre-sale interest. 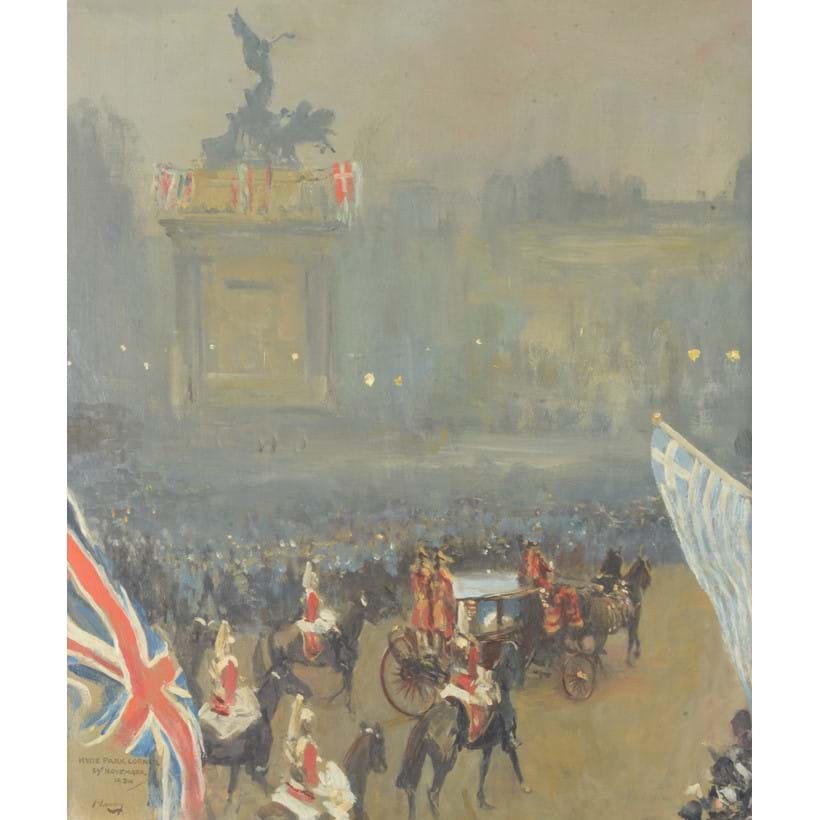 A further significant work comes from a contemporary of McEvoy, Sir John Lavery. Hyde Park Corner, 29th November 1934 celebrates the marriage of Princess Marina of Greece and Denmark to Prince George, Duke of Kent. Its impressionist tones convey the hustle and bustle of the crowds as well as the pomp and ceremony of the occasion. The painting was exhibited twice shortly after its completion – first at the Walker Art Gallery in Liverpool and then at the Glasgow Art Club, both in 1935. The painting is completely fresh to the market having been in a private collection for considerable time. 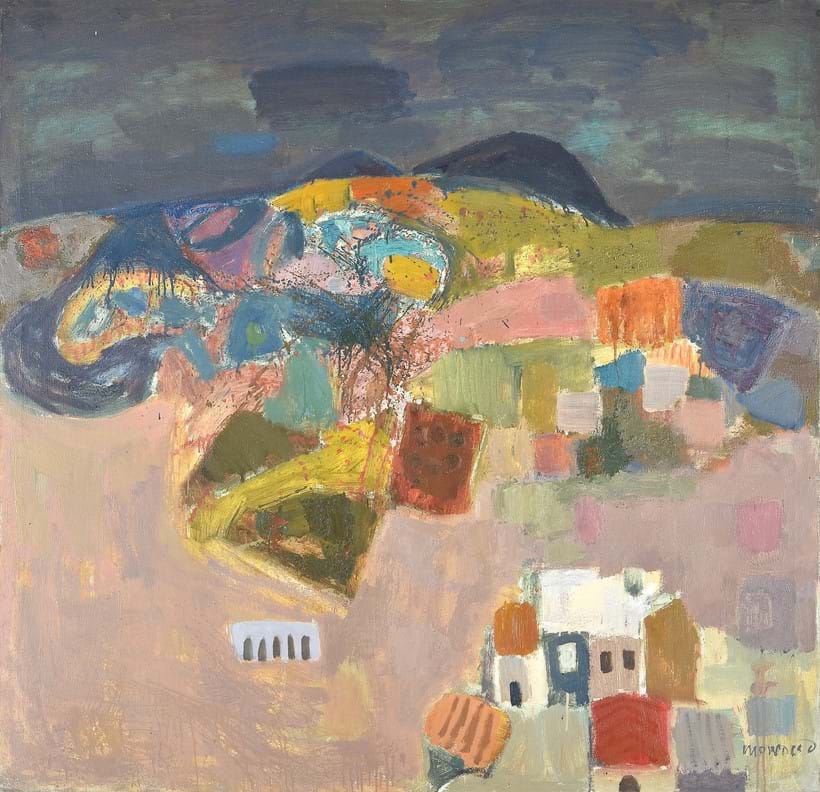 The sale also comprises a number of works from the Collection of Duncan Campbell (1943-2011), a prominent art dealer whose passion for a broad and eclectic range of modern art made him and his gallery a fixture of the London art scene for over a quarter of a century. As well as a group of watercolours by landscape artist Rowland Hilder and wood engravings by Eric Gill and Leon Underwood, the highlight of the group is a large scale canvas by Scottish artist Alberto Morrocco. The painting depicts the village of Roviano in Italy where the Morrocco family, being of Italian descent, spent their summers in the 1950s and early 1960s. 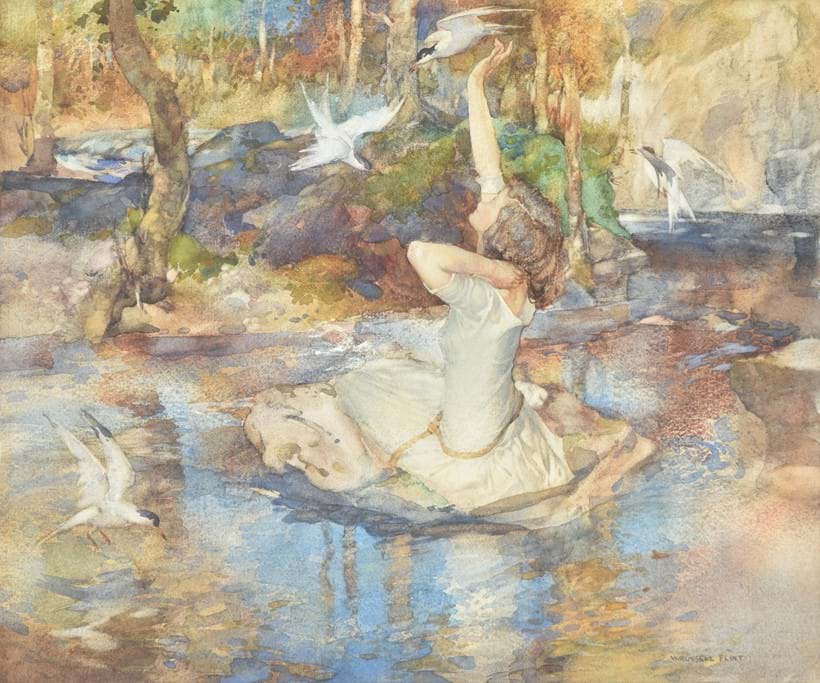 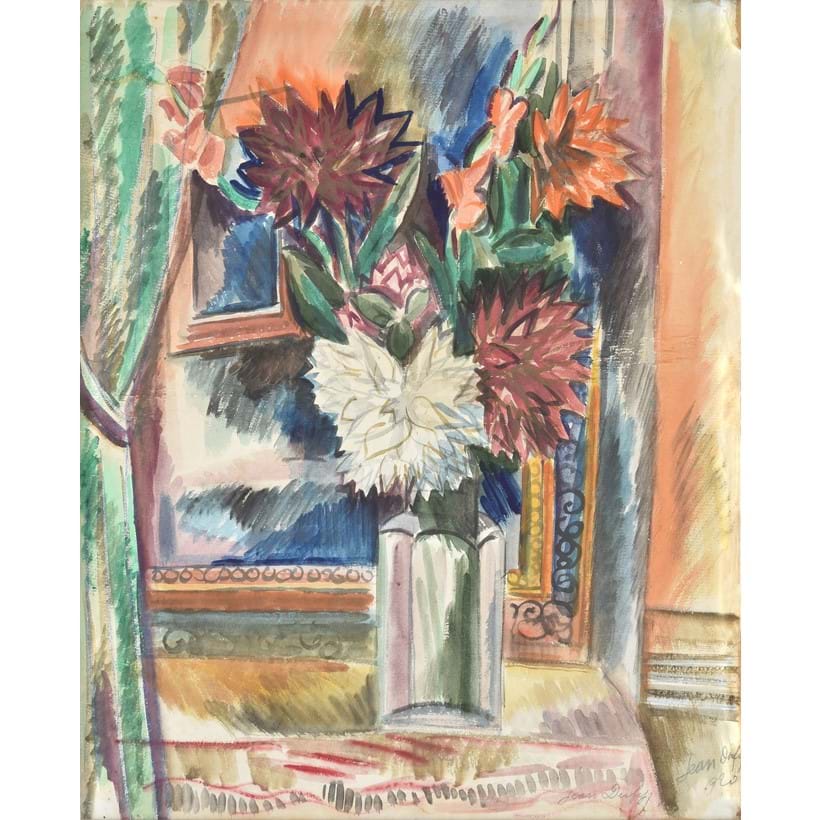 From European artists, we have a collection of paintings by Italian figurative artist, Alberto Sughi as well as a still life by Jean Dufy a group of prints by Dutch abstract painter, Karel Appel.