Dreweatts’ forthcoming summer Fine Art sale on 31 July comprises an eclectic range of works from across the spectrum of art history from the 16th to 21st centuries. Estimates range from the low hundreds up to £6,000 making it an accessible and affordable sale for first time buyers and experienced collectors alike.

Highlights include a beautiful oil of a reclining woman by Victorian genre painter and sculptor, Henry Thomas Schafer. Dating from 1879, when Schafer was producing some of his best work, the romantic, whimsical depiction is embellished with decorative drapery and is characteristic of Schafer’s classical style. Estimated at £3,000-5,000, this striking painting once sold for over $20,000 at auction in New York at the height of the Victorian market in the mid-nineties. From earlier in the 19th century, the sale also features a painting of grooms exercising their horses by Yorkshire-born equestrian artist, David Dalby. Known for his highly finished and meticulously detailed images which reveal a deep understanding of horses and hunting, the present work is freer than some of his more formal portraits of horses, most of which were produced on commission for wealthy local patrons. Amongst the modern pictures, highlights include a typical nude by former president of the New English Art Club, Ken Howard. Set in the artist’s studio in Fulham, London, the painting demonstrates the interplay between light and shadow that is at the heart of all Howard’s work, whether they be one of his views of Venice or an interior scene. 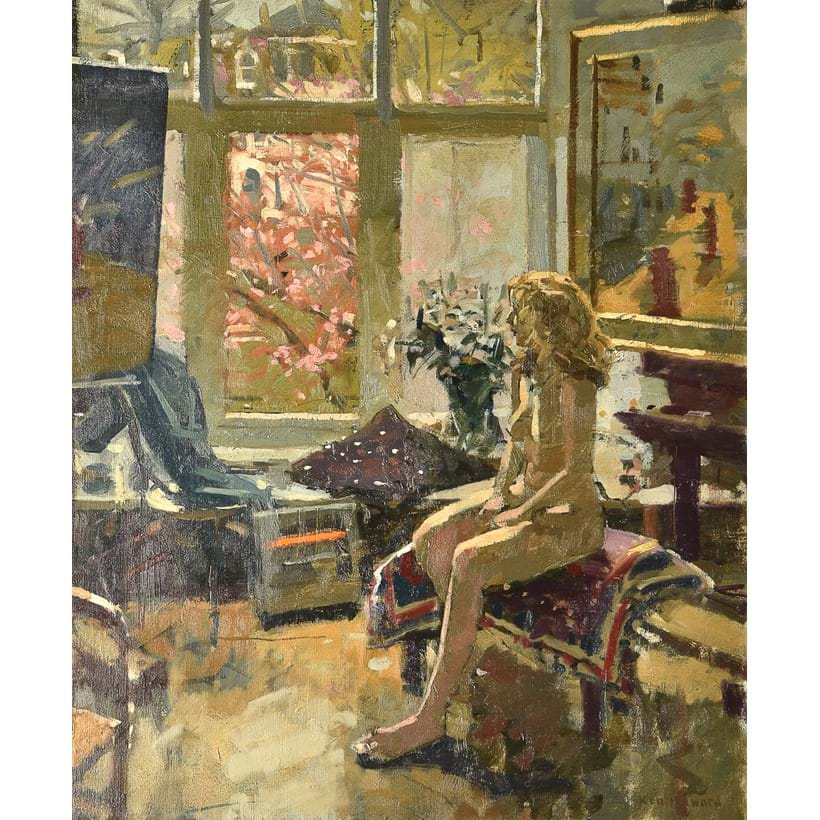 By contrast, lot 200 by British marine painter, Montague Dawson is almost monochromatic. Born in Chiswick to a family of marine painters, Dawson followed in the family tradition, initially as a commercial artist. During the first world war, he met renowned sea painter, Charles Napier Hemy who was to have an enduring influence on the young artist. During the war, Dawson served as a lieutenant on minesweepers and trawlers and the present work depicts a vessel from this period. Due to his natural aptitude, his senior officers tasked him with making visual records of the war at sea which have subsequently become invaluable records of the period. 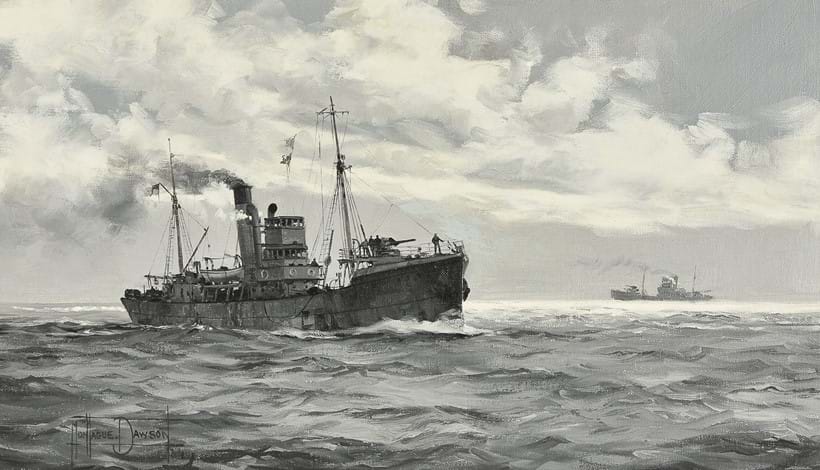