Dreweatts are pleased to present our first timed online picture sale, running from 5-19 August 2021. The Hambridge Picture Sale comprises nearly 300 lots from portrait miniatures, old master paintings, 19th century landscapes to modern British prints and multiples. The breadth of the sale, covering different genres and styles means that there is something for everyone. Whether you are looking to start an art collection or add to an already existing one, with prices ranging from £30-3,000 (+ fees) it is an exciting selection of must have lots.

Here Picture specialist, Francesca Whitham, has created this collector’s guide to highlight the different genres throughout the sale and to help guide you through some of her favourite lots, as well as the pieces to look out for.

Lot 29 is a moody and captivating landscape by Robert West Napier (Scottish 1871-1906). This sketch titled Weather of wind and showers, captures the dramatic skies and changing weathers of Scotland. It is a beautiful landscape painting with the artist’s inscription to the reverse. 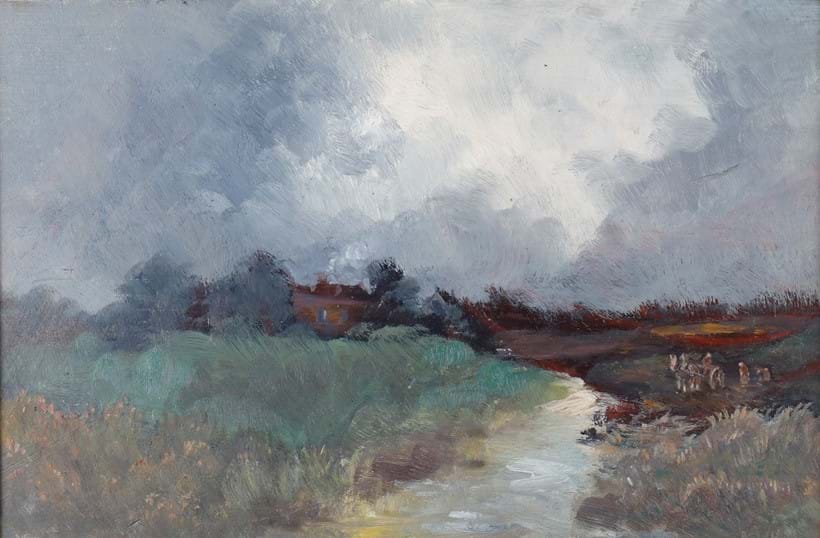 Lot 143 is this charming portrait of a young angler. The work is indistinctly signed and dated in the lower left corner and is crying out for an art history boff to get researching. Very much in the traditional Scottish style the viewer is captured by the figure who takes up a large proportion of the composition with just a glimpse of the country pathway behind. 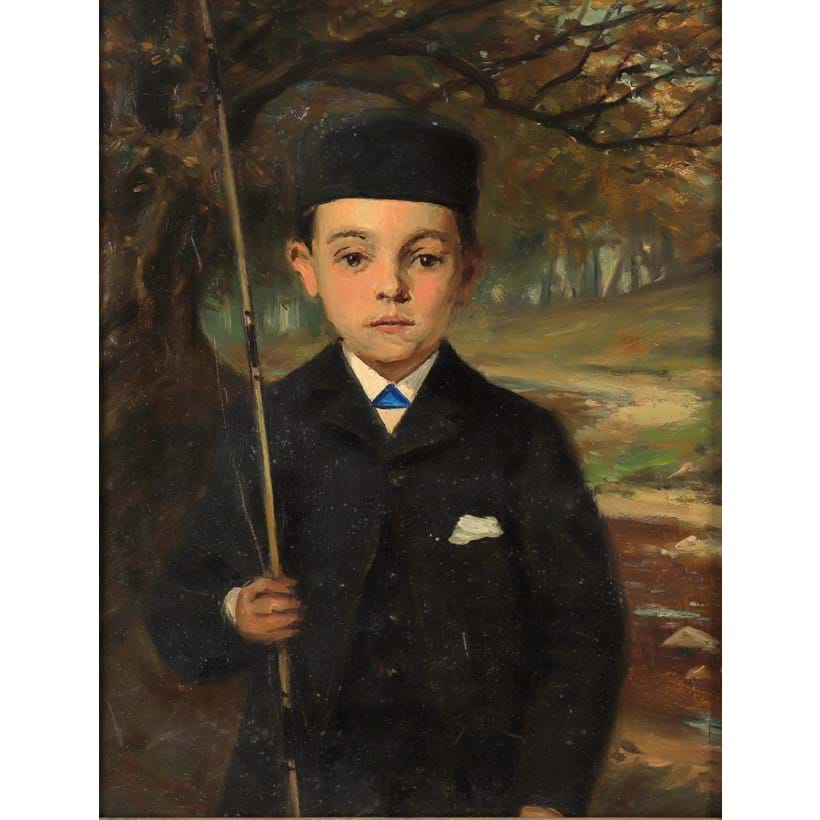 Here we have Lot 159. The material depicted in this portrait is exquisitely painted, showing off the rich silks and velvet drapery. Her hands are placed delicately in her lap. A fabulous example of a late 17th/early 18th century portrait. 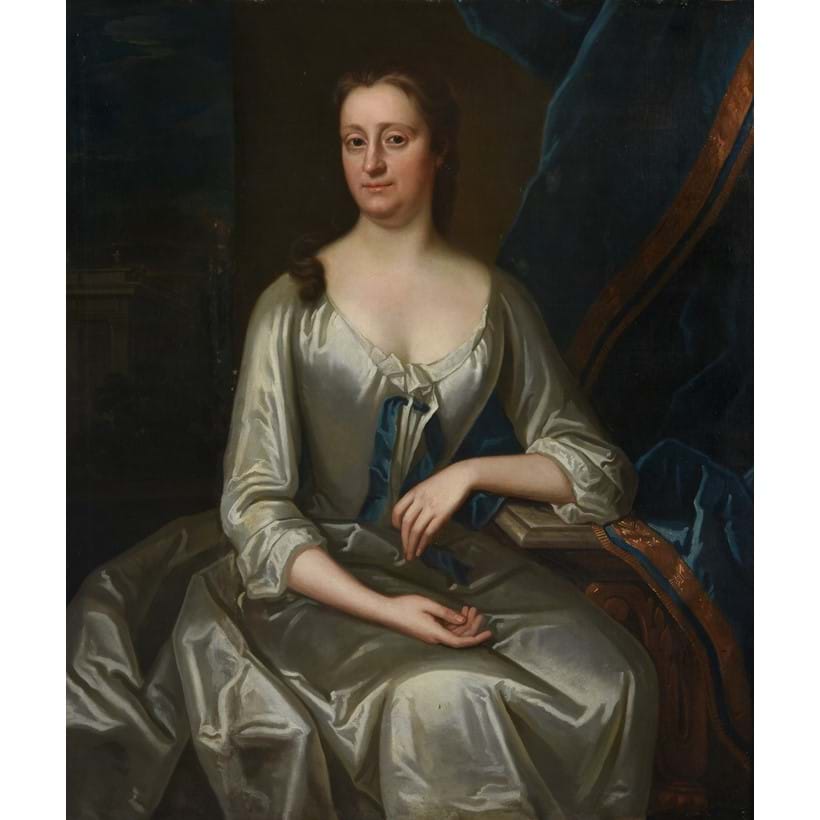 Lots 127-132 are a great selection of works by Richard Robbins (1927-2009). Lot 132 is particularly striking with its dramatic and expressive view of Hampstead Pond, worked in oil on canvas. Robbins was born in 1927 in London and studied at Goldsmiths’ College in London, the Ruskin School of Art and the Slade School of Fine Art. 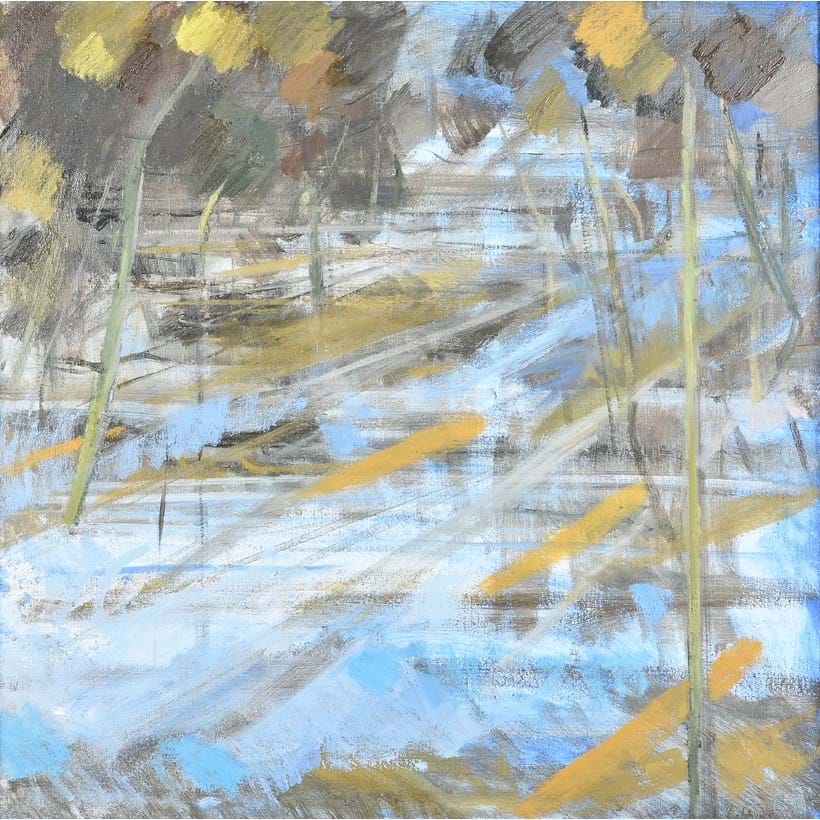 Other works available in the sale by Richard Robbins include a watercolour titled Two Lovers (Lot 130). The contrast between the delicate watercolour and statement pastel is particularly effective. 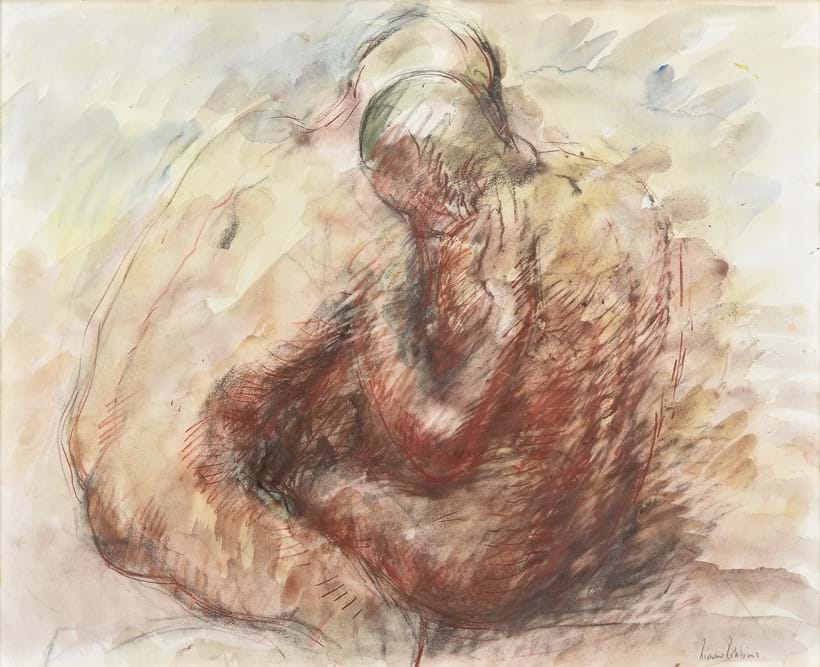 Lot 211 is a rather charming dream-like landscape titled Lovers in the sky, over the church and sheep by Lydia Corbett. Lydia Corbett, or otherwise known as Sylvette David, was born in Paris in 1934. After meeting Picasso Lydia became his muse at the young age of 19. Lydia was the subject for around 60 paintings, drawings and sculptures many of which are now held in museums around the world including the Art Institute of Chicago. 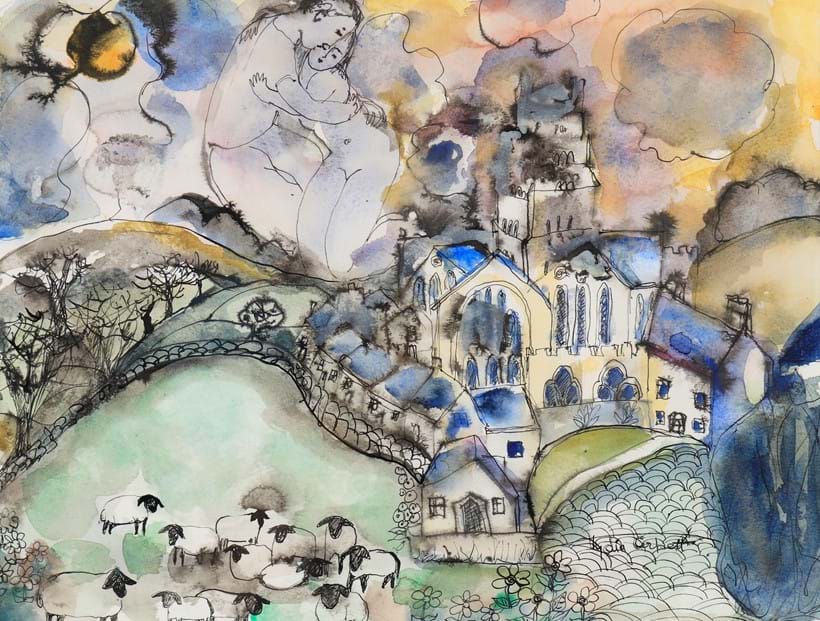 Realism in painting is a collecting genre within itself. The precision and skill involved is admirable. This work by Ron Bone (Lot 268) depicts a dresser with beautifully presented ceramics and objects lined up on the shelves. Bone, through his paintings, looked at a slower pace of life looking back to past generations and personal items that are passed down through the centuries to shape contemporary homes and people’s lives. This is a beautifully serene and calm piece that is definitely one to watch. 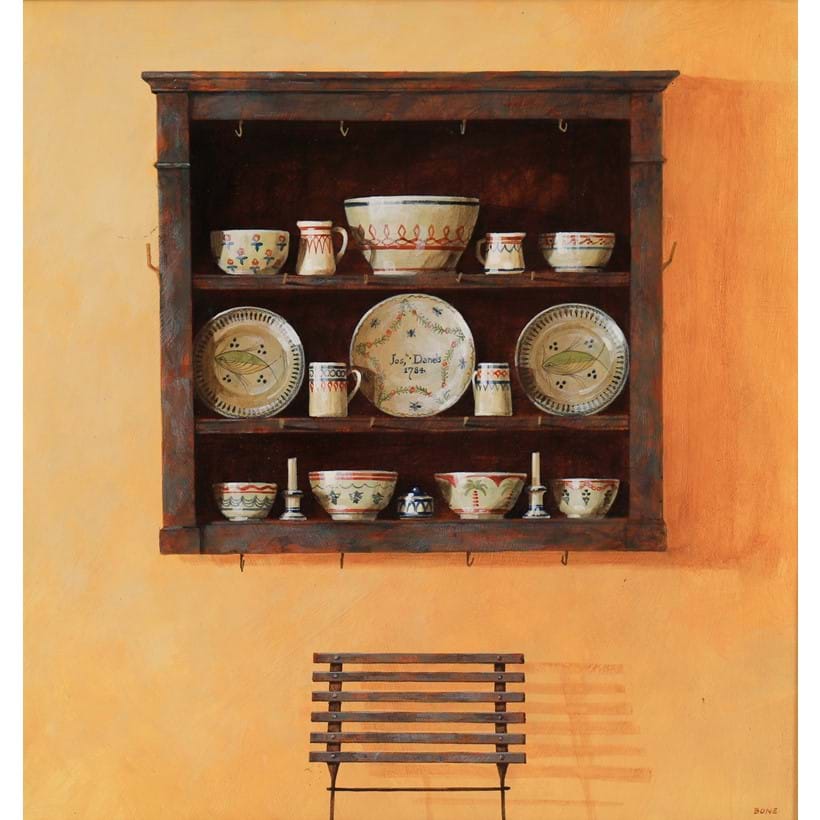 Lot 4 is a charming view of St Ives, made as a design for a silk scarf by Patrick Heron (British 1920-1999), one of the most prestigious abstract and figurative artists of the 20th century. The scarf design was created in 1948 for Patrick’s father Tom Heron, producer of Cresta silks. This particular design was printed in 1985 for the Tate’s 1985 exhibition titled St. Ives, 1939-64: Twenty Five Years of Painting, Sculpture and Pottery. 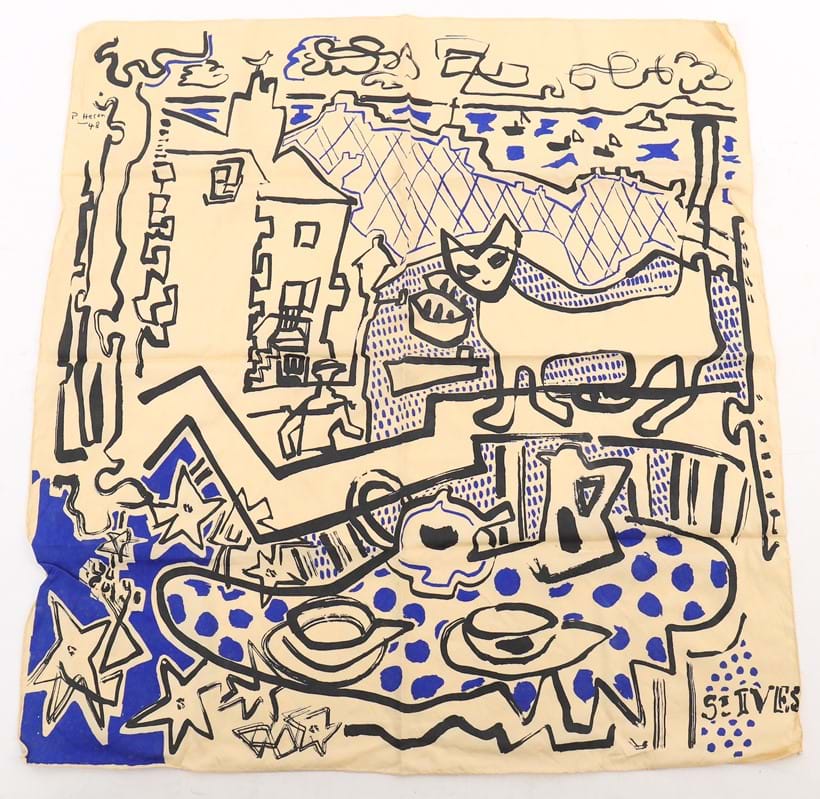 Moving into abstraction, we take a look at these works by Martyn Brewster (Lot 70 & 71), who took inspiration from the natural landscapes of Dorset, incorporating the changing light and colour of the coast. 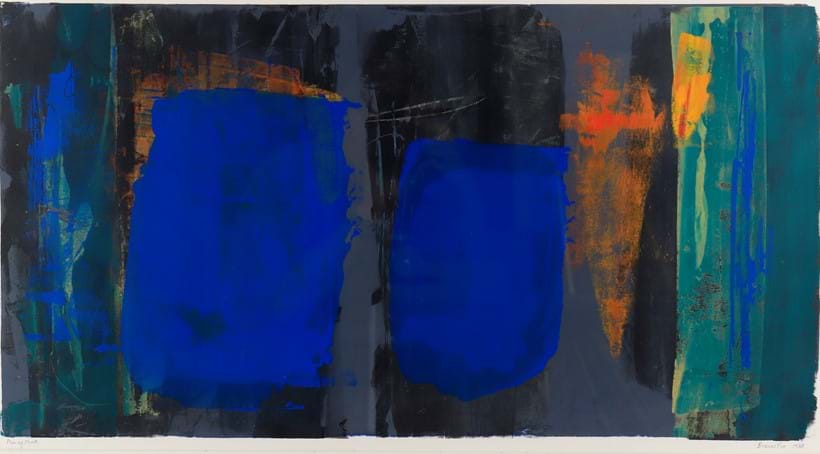 Martyn creates striking abstract paintings and print series, combining seductive combinations of colour and vigorous poetic compositions. His works have been exhibited widely within London and the UK including retrospective exhibitions at the Russell Cotes Art Gallery and Museum. 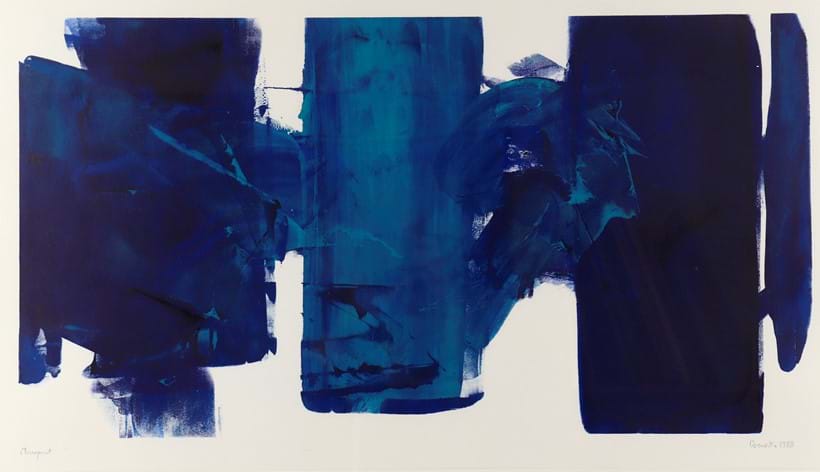 Lot 108 is a beautiful screenprint in rich royal blue by celebrated British artist Victor Pasmore. In Pasmore’s typically abstract style, from an edition of 21, this is a great opportunity to own a signed screenprint by Pasmore. It is presented in a sleek modern black frame ready to hang in any interior. 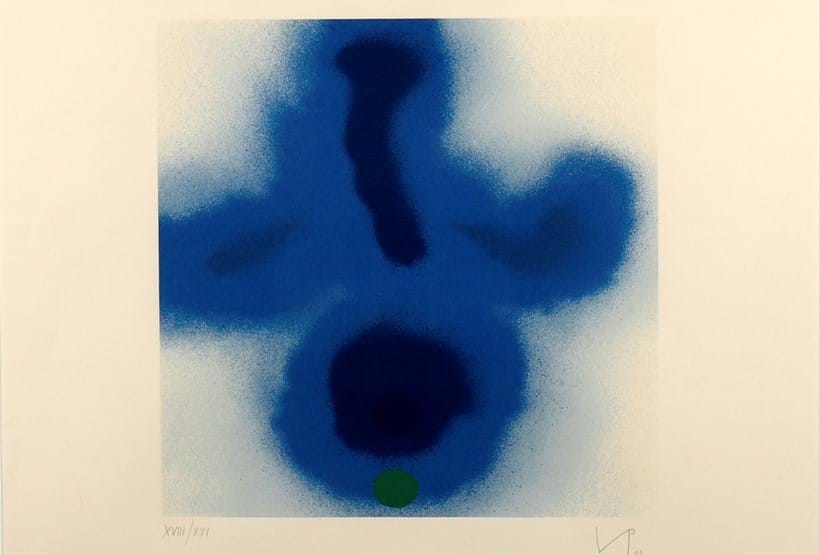 John Bellany, frequently sold in Dreweatts’ fine art auctions, is one of the most prominent British artists of 20th century. Born in Scotland to a fishing family Bellany attended Edinburgh College of Art and by 1965 he was studying at the Royal College of Art in London under the tutelage of Carel Weight and Peter de Francia. This etching (Lot 110), titled Raised Beach is from an edition of 45 and illustrates a composition typical of the artist, honing in on the face of a figure with accentuated features. 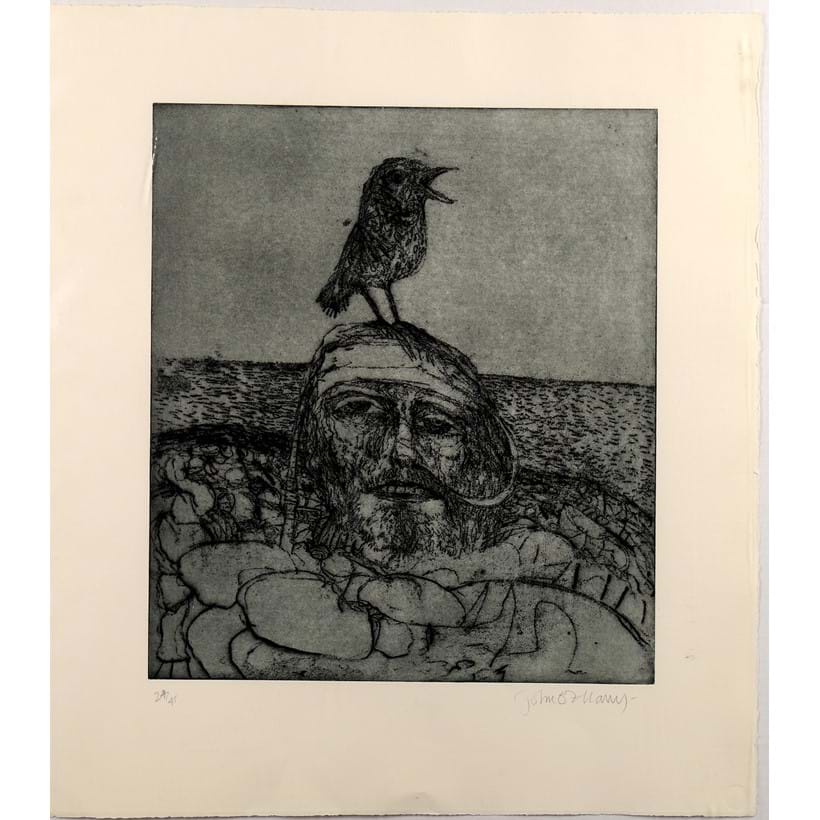 Royal Academician, Eileen Cooper, is one to watch. Her market is growing from strength to strength as her work explores figuration with passion and unique style. What is particularly striking is Cooper’s use of bold lines and bright colours which form emotive characters. Cooper has exhibited widely and her works are held in collections worldwide, including the Victoria & Albert Museum, Manchester Art Gallery and Yale University. This print (Lot 111) is an excellent opportunity to own an original signed work by the artist. 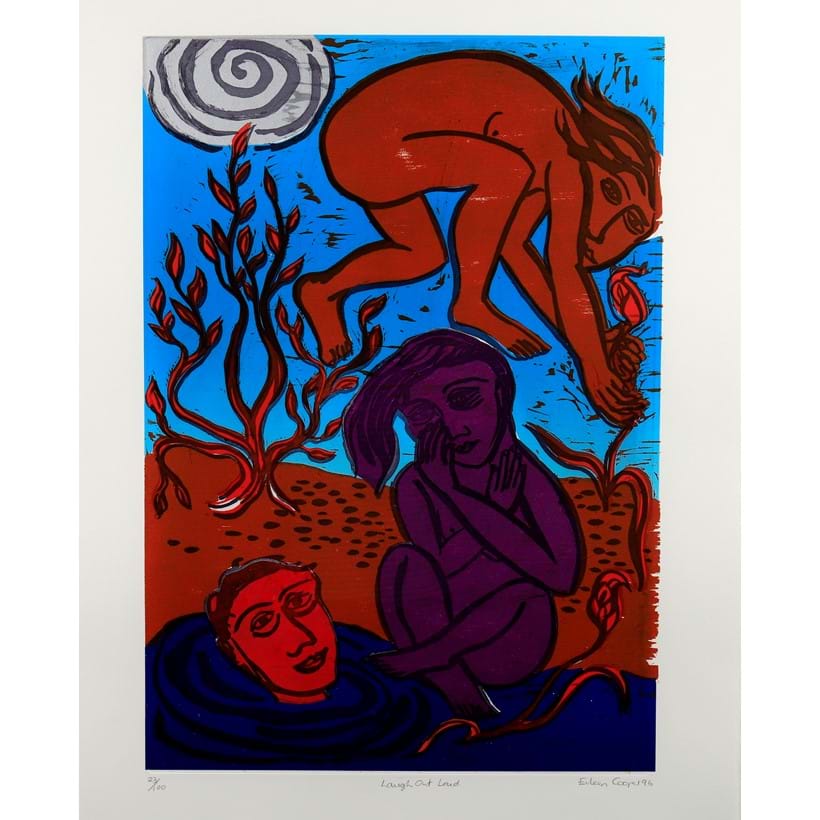 AUCTION DETAILS
This is a timed online auction running from Thursday 5-9 August 2021.