Auction Highlights | Interiors: Summer Sale, to include the selected contents of a Gloucestershire Rectory | 11 & 12 August 2021

Auction Highlights | Interiors: Summer Sale, to include the selected contents of a Gloucestershire Rectory | 11 & 12 August 2021

This year our Interiors Summer Sale will take place on Wednesday 11 & Thursday 12 August. Comprising 507 lots, the auction features a range of decorative objects including furniture, works of art, paintings, Asian art, clocks, sculpture and ceramics, as well as over 60 lots from a Gloucestershire rectory. Ahead of the auction, Head of Sale, Ashley Matthews picks out some of the highlights. 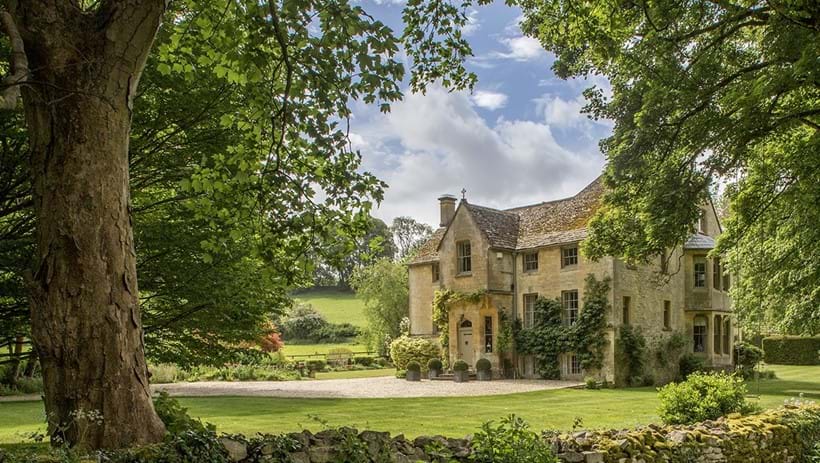 With its idyllic location, as highlighted here as well as adorning the front of the catalogue, the collection from this Gloucestershire rectory includes items of a wide-ranging nature from Chinese hardwood tables (Lot 49), a pair of Reformed Gothic walnut X-framed stools (Lot 177), and decorative lamps in Chinese taste (Lot 328), through to items for the garden including a croquet set (Lot 498) and a pair of garden urns (Lot 504).

Each item from this collection is identifiable by the proud provenance note.

Amongst other highlights in this sale, we have Lot 407, an Aesthetic Movement walnut, parcel gilt and polychrome painted side cabinet, dating from the last quarter 19th century, it is attributed to the renowned maker’s Collier & Plucknett. If that name seems familiar it is because, by chance, Dreweatts offered a remarkably similar suite of Bedroom furniture in our May Interiors sale hailing from Berwick House in Shropshire. 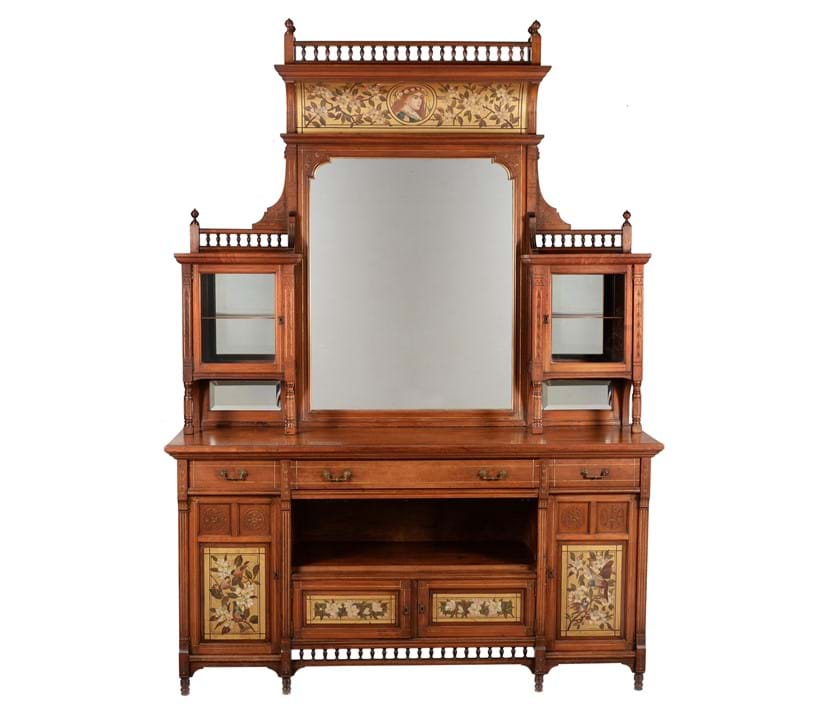 This cabinet comes with its own interesting and illustrious provenance. By family repute it was purchased from a sale at Wood Norton, Worcestershire in 1912 when Prince Philippe, Duke of Orléans left the estate.

Lots 64 and 65 were consigned to us from different vendors, however both have an interesting historical link, and both can be termed 'Grand Tour' interest. Nothing to do with Clarkson, Hammond and May, but rather referring to a time in the late 18th and early 19th century when it was fashionable for young men to tour Europe. They would set out to learn about the classical civilisations and in doing so would buy some genuine, as well as replica, works of art. 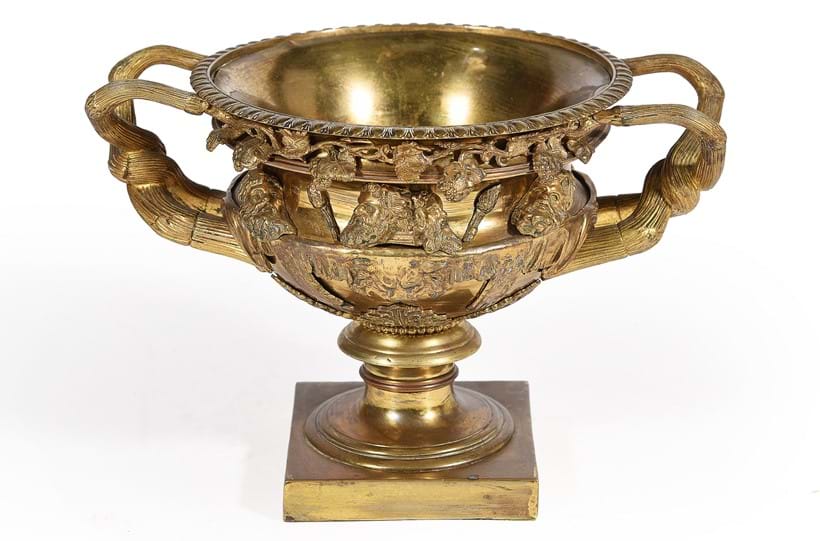 The originals of these lots both come from Hadrian’s Villa at Tivoli. Lot 64 is a copy of the Warwick Vase an ancient Roman (2nd century and partially restored) marble vase with Bacchic ornament that was discovered circa 1771 by Gavin Hamilton. Hamilton, a Scottish painter-antiquarian and art dealer in Rome sold it to Sir William Hamilton from whom it passed to his nephew the 2nd Earl of Warwick form where it takes its modern name. The original is now held in the Burrell Collection near Glasgow, Scotland. 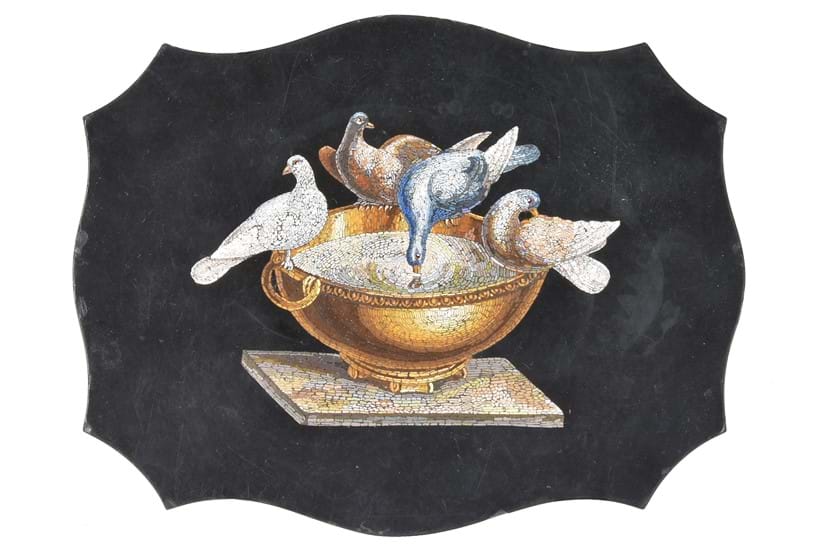 Lot 65, is a mosaic depicting a group of doves on a round bowl. It was described by Pliny, with one dove drinking while the others are sunning themselves. They are depicted artistically but also faithfully. The mosaic at Hadrian's Villa was discovered in 1737 during excavations led by Cardinal Giuseppe Alessandro Furietti. He thought that this was the mosaic that Pliny had described, however other scholars believe it to be a copy from the original and made specifically for Hadrian. Who said Hadrian’s only legacy is a broken wall in the North of England?

A particularly imposing wall mirror is Lot 364, standing 176cm high and dating to circa 1825 during the reign of King George IV. The rear boards are stencilled FROM W. FROOMS, / looking glass warehouse, 136 Strand, London. 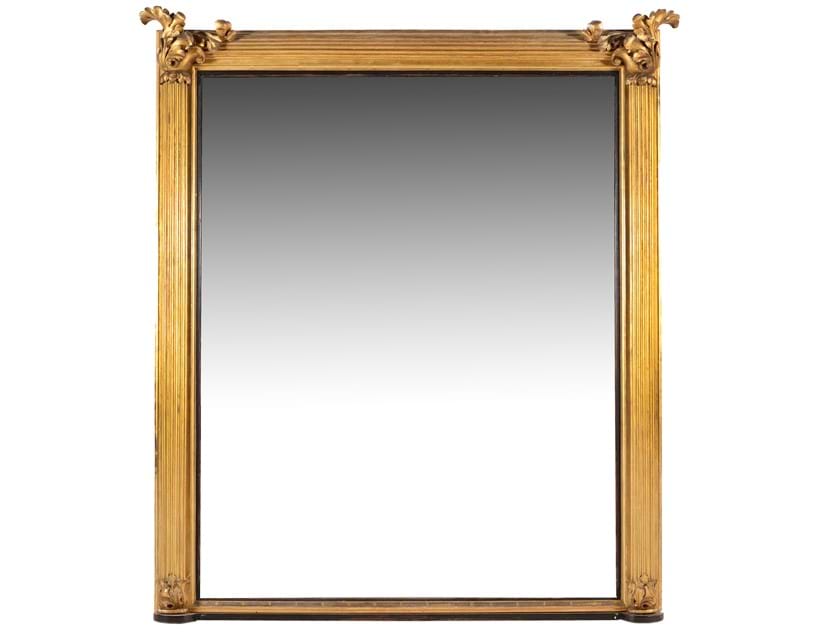 William Froom is documented as a carver, gilder and looking-glass manufacturer based at 136 Strand and operated alone from 1825-1829 when he was joined in business by his partner Cribb. This mirror is typical of the George IV Period with the stiff leaf decoration to the upper angles.

Finally, we wanted to highlight Lot 430, this London stoneware Royal tankard, inscribed and dated to 1723. It is decorated with the portrait of Queen Anne within an oval cartouche flanked by four roses and two topiarized trees and two oak trees, above a hunter with his hounds. 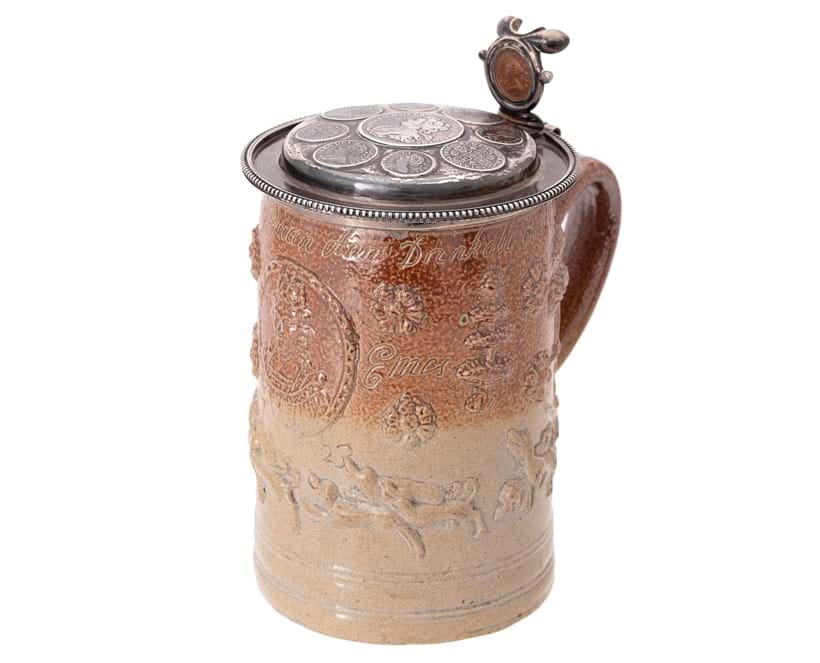 The top rim of the tankard is made of late 18th century silver and is inscribed with 'This is to y Pious Memory of Queen Ann Drink all out & fill it a again'. The cover is then inset with coins, with a Duke of Marlborough silver medal dated 1703 and a thumbpiece copper coin dated 1714 at the centre.

This is a two day live online auction with an auctioneer.

Visitors are encouraged to wear a face covering while in the building, use the hand sanitiser provided on entering and observe social distancing rules. We may need to restrict the numbers of visitors viewing at one time, so if you would prefer to book an appointment in advance, please email interiors@dreweatts.com or call +44 (0) 1635 553 553