On 8 & 9 September, we have a two-day Fine Furniture, Sculpture, Carpets and Works of Art auction, to include a 'Grand Tour' Collection, Garden Furniture and Statuary. Day One features an array of fine and rare antique items, showcasing excellent craftsmanship and representing the best examples of their type and period. Here we take a look at some highlights.

First we take a look at Lot 50, this beautiful French pastoral tapestry, dating to the mid 18th century. It is woven with seated courtly figures and a Pierrot depicted behind them, with expansive views of a chateau in the distance. The scene is then flanked with simulated marble columns. 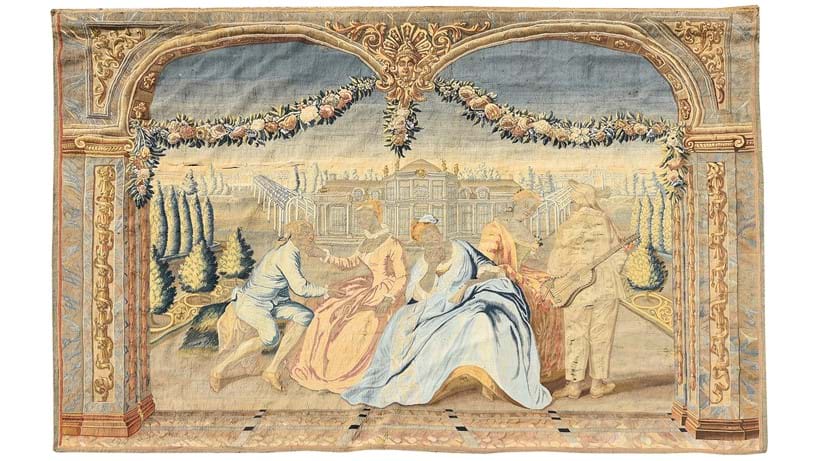 Whilst the framing composition seems to owe a debt to Charles Le Brun's set of "Maison Royales" for the Gobelins Tapestry factory, the figures with their implied sense of romance, music and pastoral delight would seem to derive more from the works of Watteau and Boucher.

Here we have Lot 194, this George III yew wood and mahogany writing table, circa 1780. By repute, it was purchased from Mallett of Bond Street in London, on 16 March 1954.

The overall form and quality of craftmanship suggest this table is the work of one of the pre-eminent cabinet making firms of the second half of the 18th century. The crispness and confidence of the carving to the legs and patera terminals as well use of yew wood suggest this can be attributed to Ince & Mayhew. 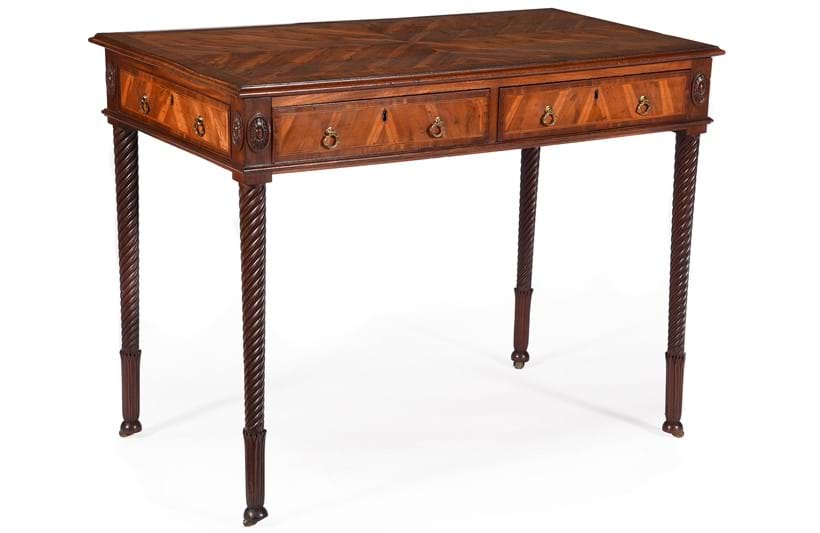 With its distinctive elongated 'Palmyreen' oval patera, this writing table relates to Mayhew and Ince's documented oeuvre. Similar paterae feature on the 'large mahogany semi oval sideboard curiously inlaid with different colour'd woods' bought by Henry Bankes from Mayhew and Ince on 30 August 1786 for £29.18s.3d (now at Kingston Lacy), as well as on the bowfronted corner table supplied to the 4th Duke of Marlborough (d. 1817) (H. Roberts, 'Nicely Fitted Up', Furniture History, 1994, fig.27).

Continuing through the sale we have Lot 294, this pair of George III mahogany hall chairs, circa 1810. They are designed in the manner of Thomas Hope. 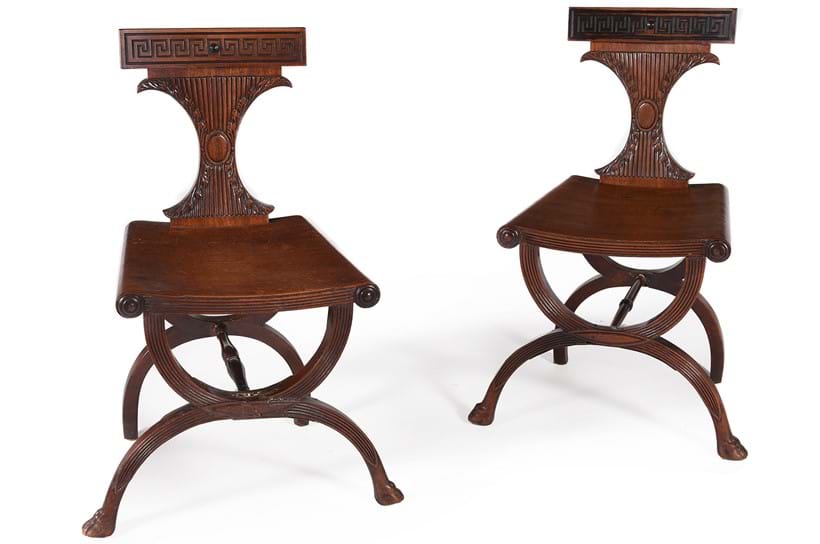 The X-shaped supports of these chairs take direct influence from the curule seats of ancient Rome. This combined with the Greek carving to the top rails can be seen in the work of early 19th century antiquarian tastemaker Thomas Hope, who was greatly influenced by his extensive Grand Tour travels across Europe. 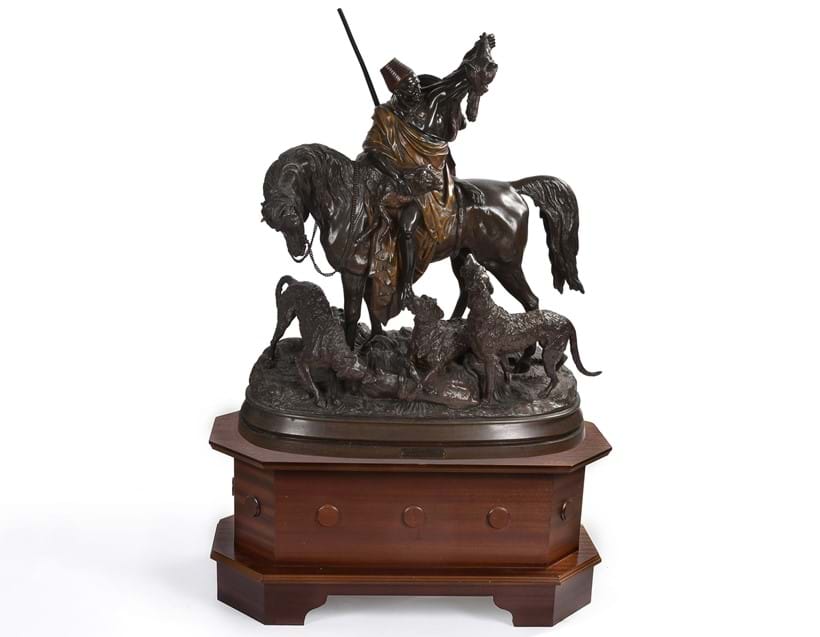 This composition, with the Berber hunter returning from the hunt, his dogs below, is perhaps the defining work of Max Arthur Waagen's oeuvre. He exhibited at the Paris Salon between 1861 and 1887. 'Kabyle au retour de la chasse' was conceived in 1870 and also exhibited under the titles 'Chasseur arabe' and 'Cavalier aux chiens'. A cast of the model is in the Dahesh Museum, New York, whilst a cast with a variant fluted base is published by Payne (op. cit.). Unusually this example still retains the cold painted polychrome detailing to the hunter's cloak and hat.