This model M10 tank destroyer built to represent a World War II M10 Achilles will be offered in the Transport Sale this September at Donnington Priory. It was built from scratch over a period of ten years by two brothers, by profession a mechanical engineer and an electronics engineer respectively, in their spare time.

It is believed that a model of this type and size is unique in the UK, with similar scale models only existing in the USA & Australasia.

The tank is constructed in steel, aluminium and glass-fibre and is capable of reaching speeds in excess of 15mph. It is powered by two 125cc air-cooled petrol engines and each track has a completely independent drive making it highly manoeuvrable, with the ability to turn within its own length.

For the owner the challenge of designing and producing a one-third scale model dates back some 40 years to an early fascination with radio-controlled models. The design task became even more complex when radio-controlled vehicles became more-readily available to purchase and so to keep it truly exceptional the tank would have to be self-driven and powered by internal-combustion engines. It was manufactured piece by piece in a workshop of only 2m square with no formal design other than reference to 1/35th scale model kits. The next project in progress for him is an all steel & fibreglass half scale model of a World War II Willys MB Jeep, trailer & working 6-Pdr gun; another iconic vintage vehicle combination from the era which commands major interest from collectors and enthusiasts. 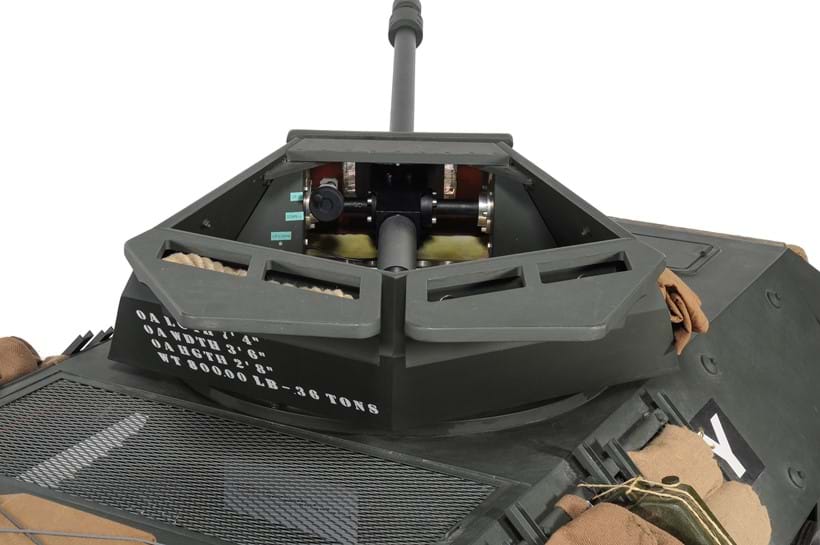 The M10 tank destroyer was an American tank used in World War II. After the United States’ entry into the War and the formation of the Tank Destroyer Force a suitable vehicle was needed for the new battalions. By November 1941 the Army requested a vehicle with a gun in a fully rotating turret as other interim models had been poorly designed. The M10 prototype was conceived in early 1942 and was delivered in April that year. Changes were made to the hull and turret and the modified version was selected for production in June 1943 as the 3-inch Gun Motor Carriage M10. Numerically, the M10 was the most important US tank destroyer in World War II and it remained in service until the end of the war. The primary user of the tank was the United States but many were lend-leased to the United Kingdom and Free French forces. This model is loosely based on the British adaptation of the M10, where the standard armament was upgraded with the British Ordnance QF 17-pounder anti-tank gun. Known as the ‘Achilles M10’, the origin of this nickname is not known and it could possibly be a post-war invention. 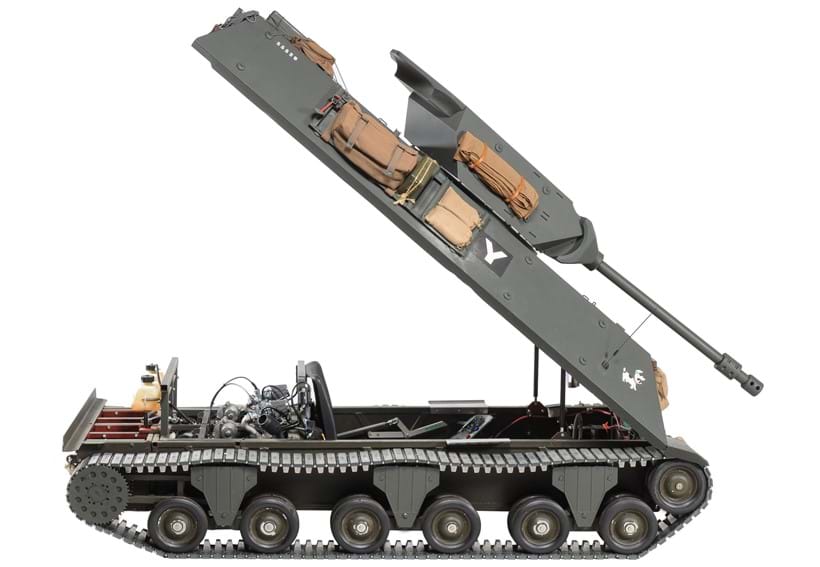 This one-third scale model has attracted considerable attention wherever it has been displayed and demonstrated and it was last showcased in 2017 at the national Tank Museum in Dorset. It can be readily transported in a standard-sized Transit-type van and comes with a comprehensive range of spare parts, including a still-boxed engine, carburettor, engine electrics and track links. An extensive library of build photographs and construction documentation is also available. Video footage of the model when first displayed in 2016 and during firing trials in 2017 is viewable on You Tube, under ‘Large scale M10 Achilles tank’. 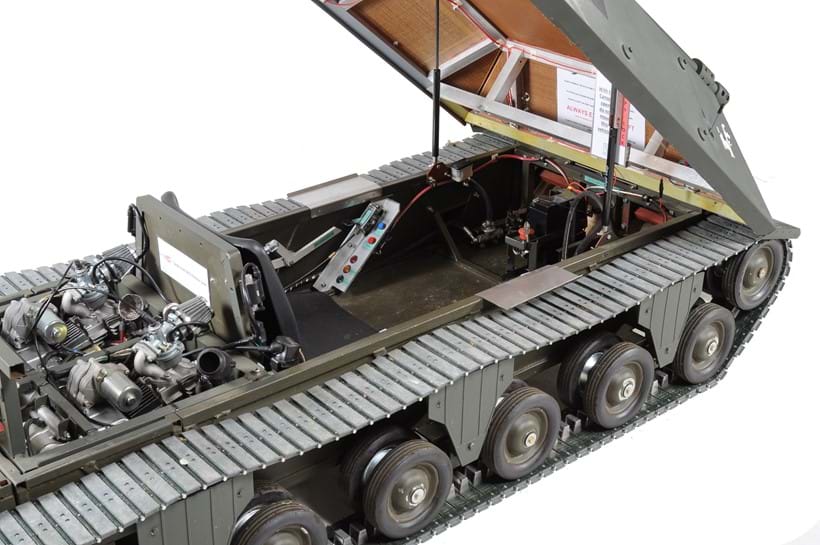