This month we have our auction, 'The David Winston Piano Collection', on Thursday 23 September. This exceptional private collection of rare pianos, comprising 26 unique instruments amongst other musical accessories, was personally collected by David Winston, piano collector, maker and restorer. A highlight from the auction is Lot 8, a rare Pleyel grand piano, dating to 1925. It is fitted with an original ‘Auto Pleyela’ self-playing mechanism, in a spectacular Chinoiserie Louis XV case.

The model is a traditional Pleyel Trois Bis grand, fitted into a special case accommodating the auto Pleyel piano roll mechanism. The Chinoiserie case decoration is signed Leo Huillard. The scarlet lacquered and gilt gesso decoration depicts birds and flowering branches, whilst the underside to the top is painted with birds in a landscape on an old gold ground. 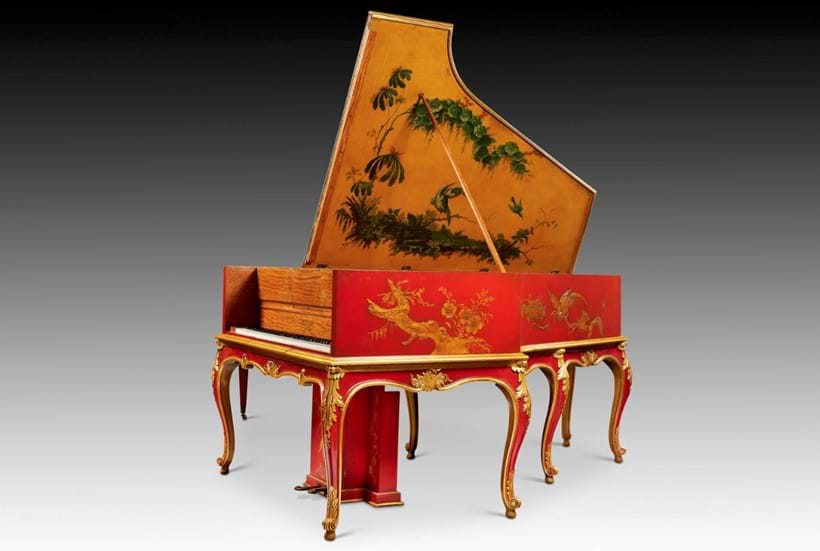 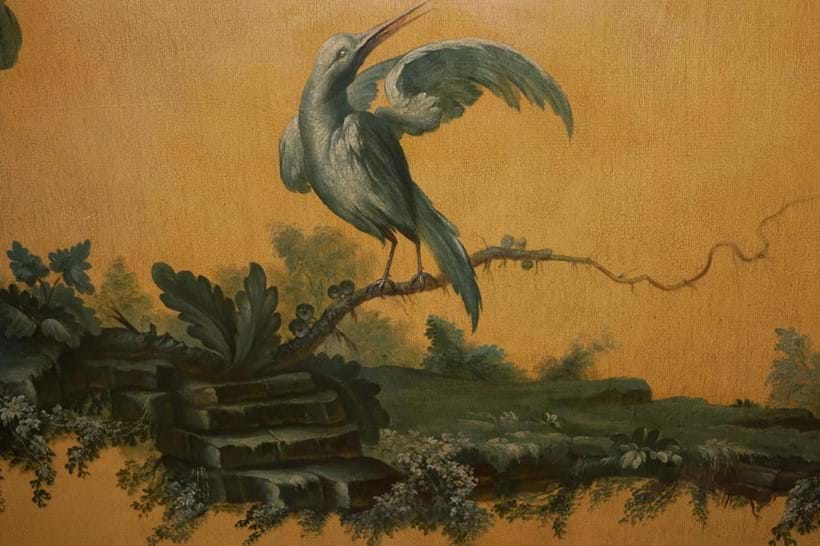 The present lot was originally supplied to Monsieur Roger Sudreau in 1929. Roger Sudreau was a well know figure within New York and Parisian society during the early 20th century. His scandalous marriage to Jacqueline Lebaudy, daughter of the notorious sugar magnate known as the Emperor of the Sahara. He was a fabulously wealthy figure and the toast of the New York and Paris society in the early 20th century. 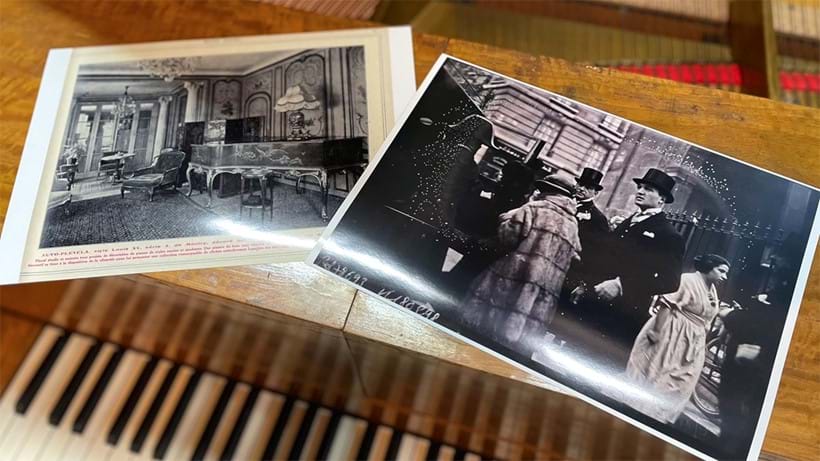 The 'Auto Pleyela' was Pleyel's most sophisticated pianola mechanism offering considerable personal control of dynamics and tempi. The system runs both by pedalling and via an electric motor. Very few examples can still be found, the present lot is likely to be the only example in UK.

The piano has been restored to playing condition, and all of the main components of the pianola mechanism have been restored. 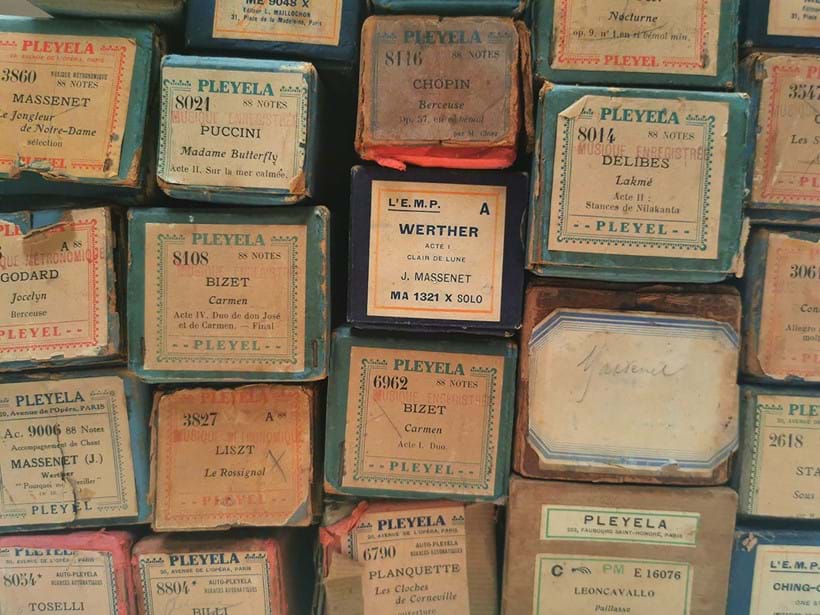