On Thursday 7 July, we have our auction of Fine Jewellery, Silver and Luxury Accessories. The auction features a number of private collections, including a collection of Anglo-Indian silver and we are thrilled to have Wynyard Wilkinson pick out some of his favourite pieces.

As a specialist in antique British and Colonial silver, Wynyard’s interest in silver began when he was tasked with sorting coins at Spink, age 12. He was subsequently discovered whilst showing off at Christie’s by the then Duke of Bedford, who hired the 15 year old boy to catalogue the silver collection at Woburn Abbey.  Read more...

"I covet this mug by Francois Dormieux. The weight and proportion are just right, and the original engraved initials are still intact. Francois Dormieux’s workshop didn’t produce any work that was not absolutely top quality." 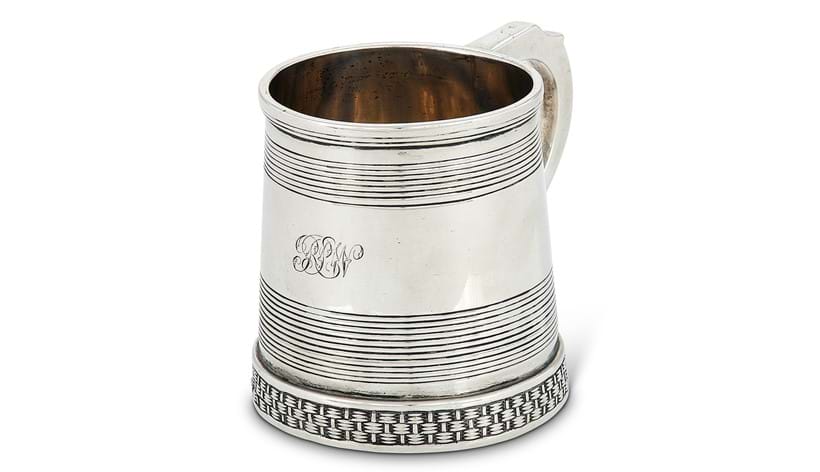 "Indian Colonial silver curry pans (learn more) could be brought to the table using the long handle and then converted into a passable entrée dish by simply substituting a short handle for the long one.  Survivors with all three handles are rare. A true hybrid design specific to the requirements of the Raj. A personal favourite."

"You just HAVE to hold this jug in your hands to appreciate the brilliance of the silversmithing skills that have gone into making it. Bold, tactile, and remarkably large by a very rare maker. A lovely piece of silver." 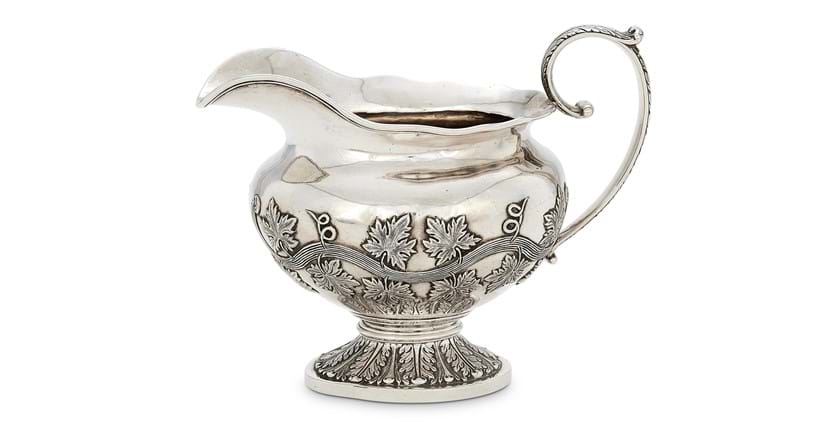 "John Mair trained in Aberdeen before setting off to make his fortune in Calcutta, later retiring back to a genteel life in London. His holloware is always elegant and distinctively Anglo-Indian. Here, an early version of the saucepans most commonly used to boil milk to sterilise it in India."

"If it is a good story you are after, here is one on a great, chunky Calcutta tankard by Twentyman & Co. Presents between military officers were quite commonplace in the first half of the c.19th century and nowhere more popular than in India. Alas, the poor recipient never lived to return home in all his glory. Such was the price of Empire." 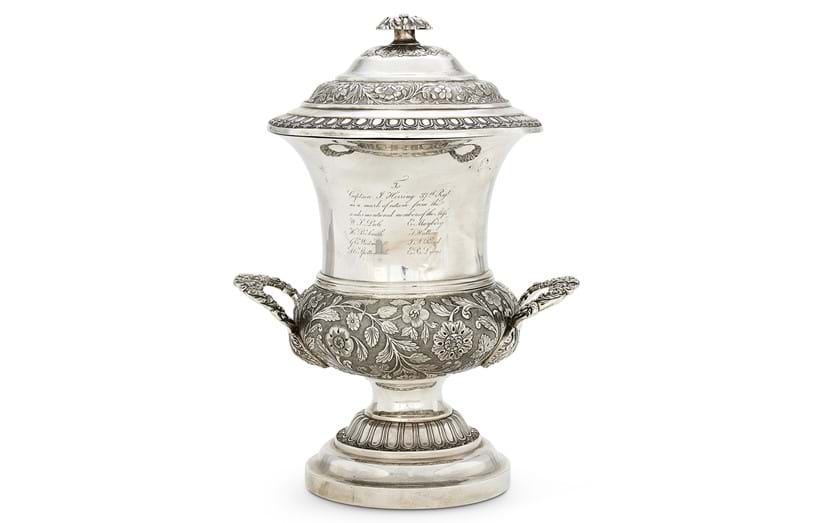 "As if to complete the story of Indian c.19th silver, this lovely mug, with a lid to keep the flies out of the contents, represents the work of a skilled Bhuj, Cutch craftsman." 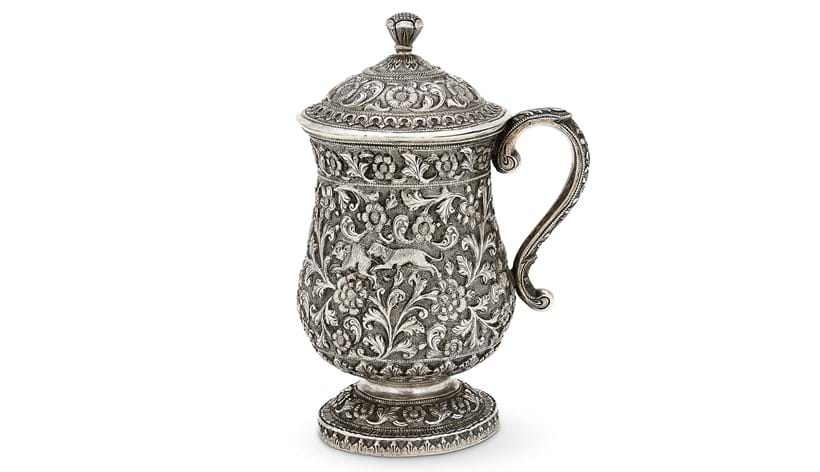 "One might think that a pigeon club in Delhi in 1838 was established by East India Company officers looking for excuses to shoot birds to while away the hours, but that is not the case here. Carrier pigeons were an essential means of communication with headquarters, particularly when on campaign where land-delivered messages across often hostile territory might well be intercepted by the enemy." 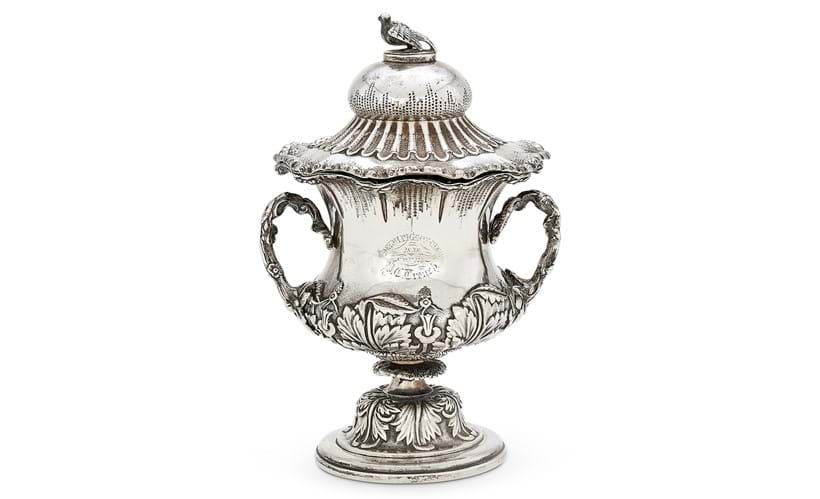 "Indian Colonial silver open salts are uncommon, as customers much preferred covered and more portable examples. This pair are well made and of a substantial weight, and a rare example made by the Bombay partnership of Mathies & Barron."