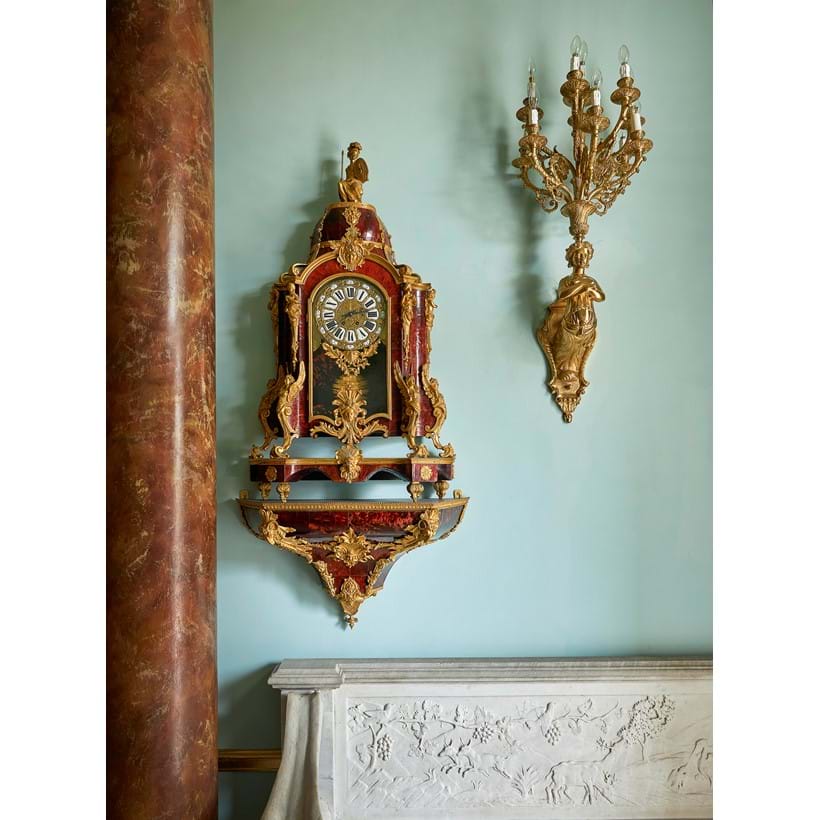 Edward Haughey was born in Drogheda, County Louth, Ireland and made his fortune founding the Norbrook Group, a pharmaceutical company based in Newry, Northern Ireland. Under his guidance the company became extraordinarily successful, fostering his collecting zeal.

Equally as influential in the world of politics as he was in business, Lord Ballyedmond was renowned as only the third person in history, after the Marquess of Lansdowne in the 1940s and the Earl of Iveagh in the 1970s, to have sat in the upper houses of both the British and Irish parliaments. He sat firstly in the Irish Senate as Senator Haughey from 1994 and then in the House of Lords as Lord (Baron) Ballyedmond from 2004.

His standing in politics was such that upon his death in 2014 the United States government was amongst the many to pay tribute to his remarkable accomplishments: “His achievements brought significant employment to Northern Ireland and other places around the world, while his philanthropic endeavours helped improve the quality of life of countless others.” 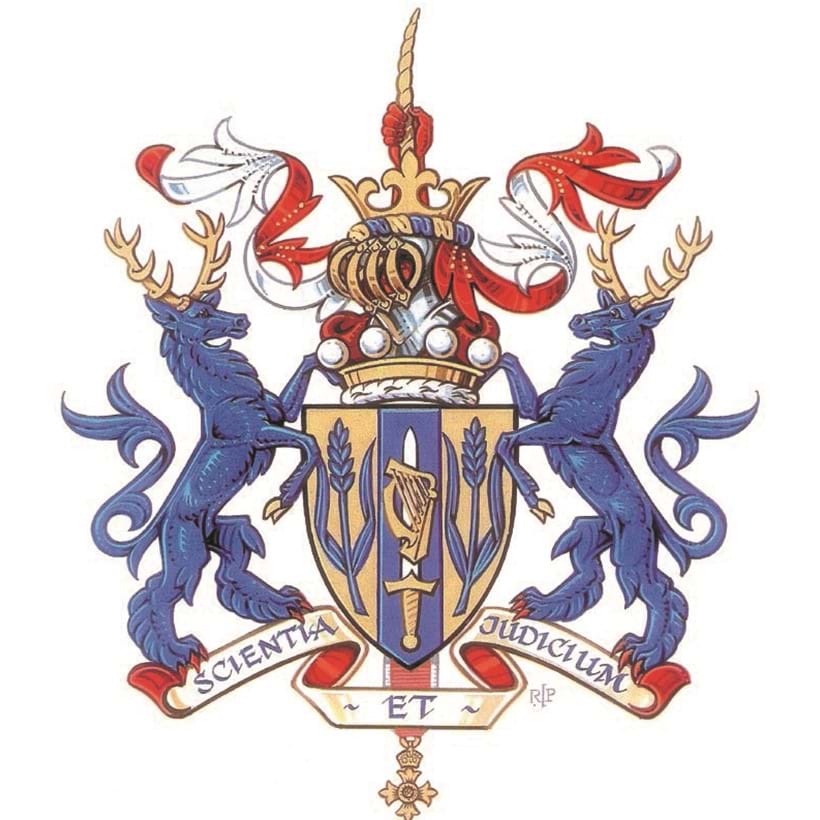 His extraordinarily sumptuous London home, which he bought in 2006, formed the backdrop to a life at the highest echelons of British society. A home to entertain guests, including heads of state, with the finest hospitality. The Collection stands as a testament to Lord Ballyedmond’s unerring eye as a collector, displaying a lifelong passion for art and antiques, with a rare attention to detail and considerable knowledge for objects spanning many types, styles and periods.

Lord Ballyedmond was primarily inspired by the Regency and the neoclassical designs of British architect, Robert Adam, as well as the French style made popular by Adam in British homes during the height of the Empire. He was entranced by aristocratic residences of 18th-century London.

As a result of an extensive three year restoration he transformed a once dormant property on one of London’s most prestigious squares into a modern evocation of a great Georgian town house, specifically designed to entertain on a grand, if not ambassadorial scale. The decorative scheme was mostly influenced by the fact that the house itself was called ‘The French House’ during the 19th century and thus it was these luxurious interiors he relished in recreating with only the finest available examples of period antiquity.

The Collection presented throughout this catalogue is the final part of the Collection to be sold from ‘The French House’ which includes English and European furniture, paintings, tapestries, porcelain and silver which were all thoughtfully amassed and curated to create something which would enthral visitors to Belgrave Square. 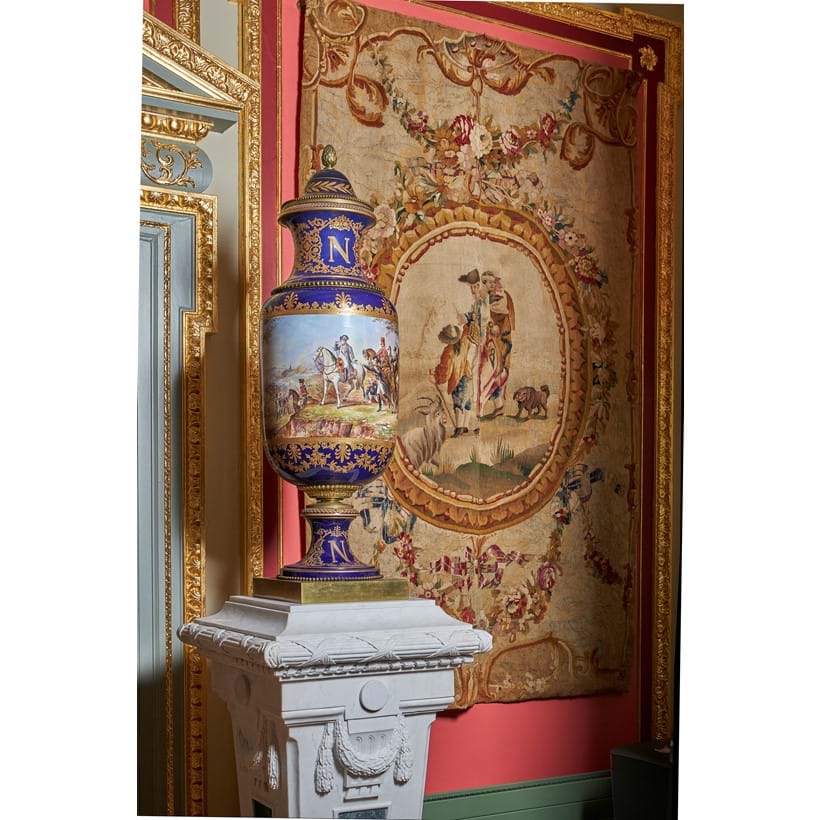 Not many addresses evoke visions of aristocratic splendour like London’s Belgrave Square. Ever since their construction during the first half of the nineteenth century, the stuccoed streets of Belgravia were said to attract the ‘richest population in the world’. To this day, the area’s palatial residences and imposing Neoclassical facades are synonymous with exclusivity and grandeur.

Belgravia takes its name from the Cheshire village of Belgrave, near Eaton Hall - the country seat of the Grosvenor family, to whom the land has belonged since the seventeenth century. The transformation of the area from marshy fields into urban palaces began in 1767, at a time when London was fast expanding. During that year King George III himself even made an attempt to buy the land, in order to prevent his private garden at nearby Buckingham House from being overlooked by the thriving new developments.

Developer Thomas Cubitt (1788-1855) was tasked with the construction of Belgravia, ensuring the success of the area with his innovative approach to the urban landscape, which included the creation of ample public spaces and the clever incorporation of stables and mews houses into the street blocks. For the design of the houses on Belgrave Square, Cubitt enlisted the eminent architect George Basevi (1794-1845). Basevi had been a pupil of Sir John Soane, and is perhaps best remembered for designing the Fitzwilliam Museum in Cambridge. His designs for the northern and eastern terraces of Belgrave Square were exhibited at the Royal Academy in 1826. 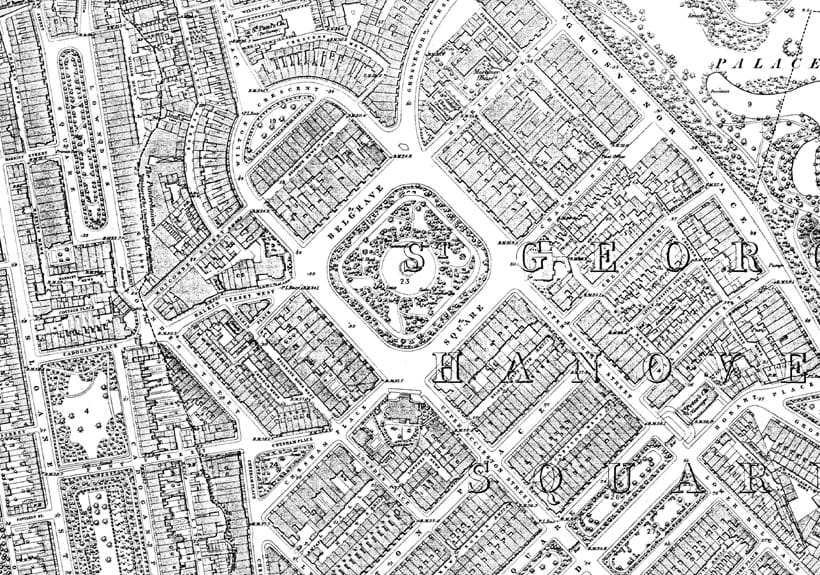