Edward Haughey was born in Drogheda, County Louth, Ireland and made his fortune founding the Norbrook Group, a pharmaceutical company based in Newry, Northern Ireland. Equally as influential in the world of politics as he was in business, Lord Ballyedmond was renowned as only the third person in history to have sat in the upper houses of both the British and Irish parliaments.

The collection, from his extraordinarily sumptuous London home, stands as a testament to Lord Ballyedmond’s unerring eye as a collector, displaying a lifelong passion for art and antiques, with a rare attention to detail and considerable knowledge for objects spanning many types, styles and periods. The collection presented throughout this catalogue is the final part of the Collection to be sold which includes English and European furniture, Paintings, tapestries, porcelain and silver which were all thoughtfully amassed and curated to create something which would enthral visitors to Belgrave Square. Ahead of the auction, we pick out some highlights.

The sale features an impressive range of clocks. A highlight is a late 19th century French ormolu figural "chariot" mantel clock after the model by Frédéric-Eugène Piat. 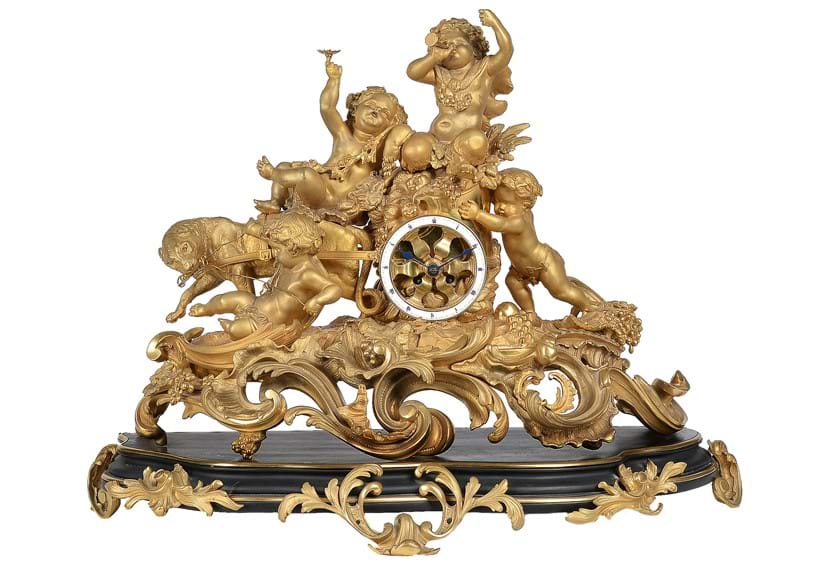 It is modelled as a Bacchic scene with seated satyr in a leopard-drawn chariot, attended by three putti over a naturalistic scroll cast base, signed E Piat.

Frédéric-Eugène Piat (1827-1903) was artistic director of the Maison Marchand producing designs primarily in bronze for clocks, fireplace furniture, sculpture and fountains. Perhaps his most famous creation - in association with Maison Millet Paris - was the Grande Horloge, a monumental clock in ormolu, bronze and Carrara marble. The Saint-Loup museum of fine arts in Troyes, Champagne-Ardenne, holds the largest collection of his artwork and designs.

The sale also features a wonderful early 19th century French Empire ormolu mantel clock. The classically inspired architectural case reminiscent of a triumphal arch, with fluted pilasters supporting the entablature and figural scene cast as Amor seated on a stool bathing his feet whilst admiring his reflection in a coeval mirror, unusually supported on torcheres. 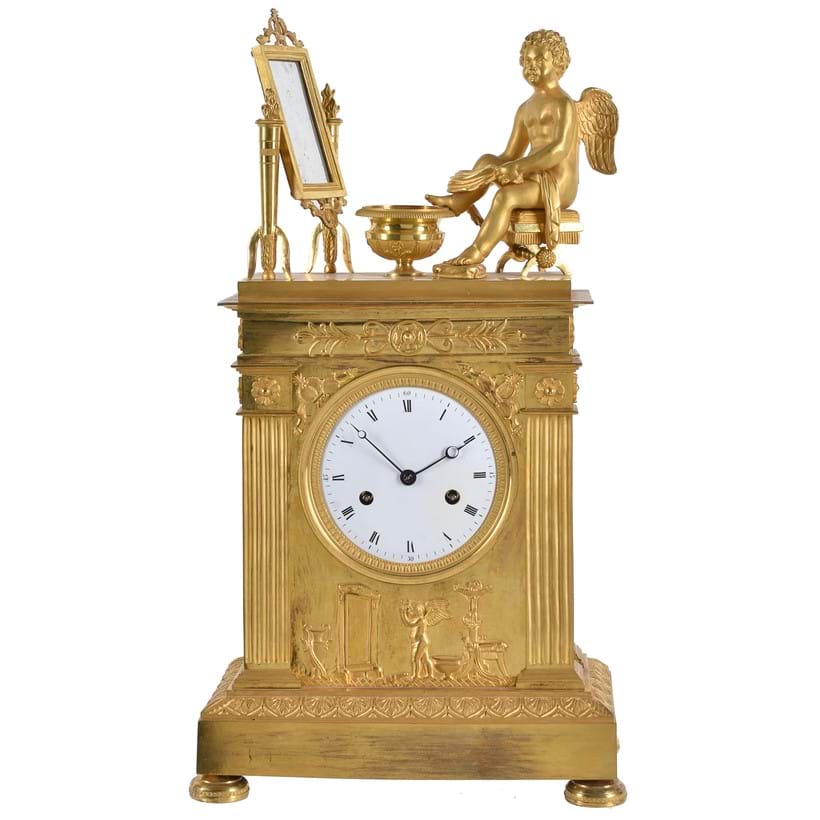 The sale also features a range of British and European Ceramics and Glass. One of the highlights is a striking Paris porcelain (Boyer Sr de Feuillet) blue-ground and gilt Sevres-style part dessert service. It is lavishly painted with specimens of ripe fruit, comprising: an ice-pail and cover; and twelve plates. 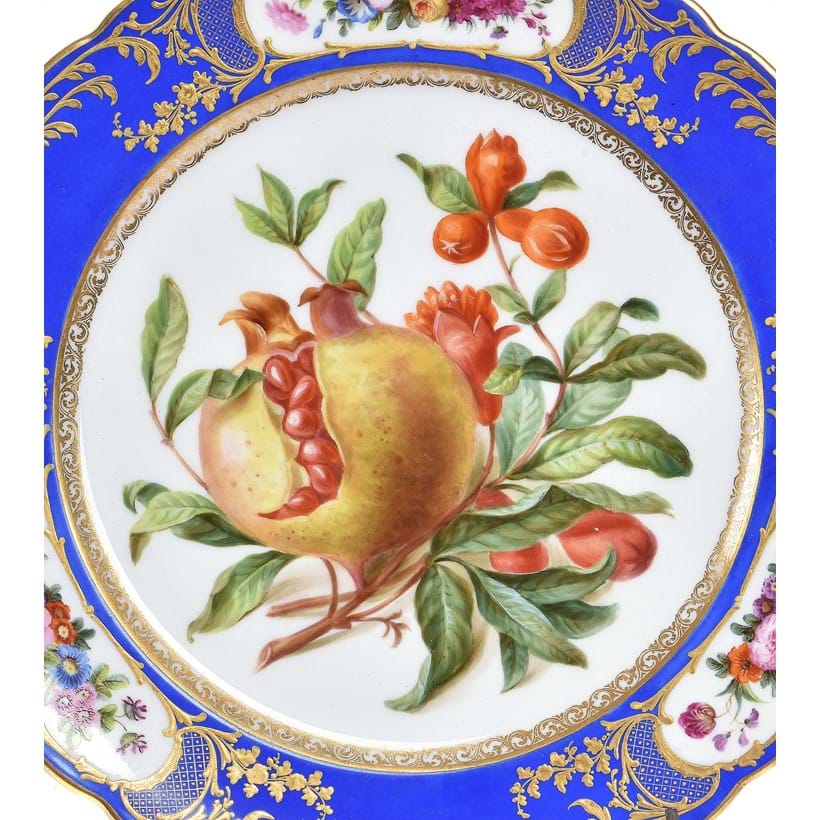 An another impressive lot in the sale is a John Rose Coalport 'London' part tea service, circa 1812. It is painted with a band of pink convolvulus and gilt foliage reserved on a pale-blue ground, comprising: a teapot, cover and stand; a sugar box and cover; a milk jug; a slop bowl; two sandwich plates; six teacups; six coffee cups and twelve saucers, painted pattern no. 270. 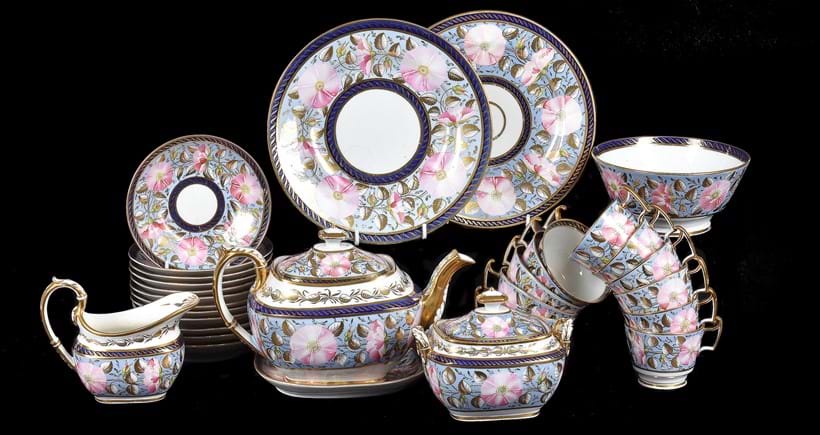 There is also a lovely modern Moser clear glass and gilt part table service. It is decorated with an acid-etched and gilt band of bells and anthemia, comprising: a decanter and stopper; a jug; eleven champagne cups; twelve white wine glasses and twelve red wine glasses; and a pair of Moser carafes similarly acid-etched Moser.

One of the most interesting items from the sale is a late George IV/Victorian solid satin birch circular centre library table which once stood in Coburg Cottage at Osbourne House. 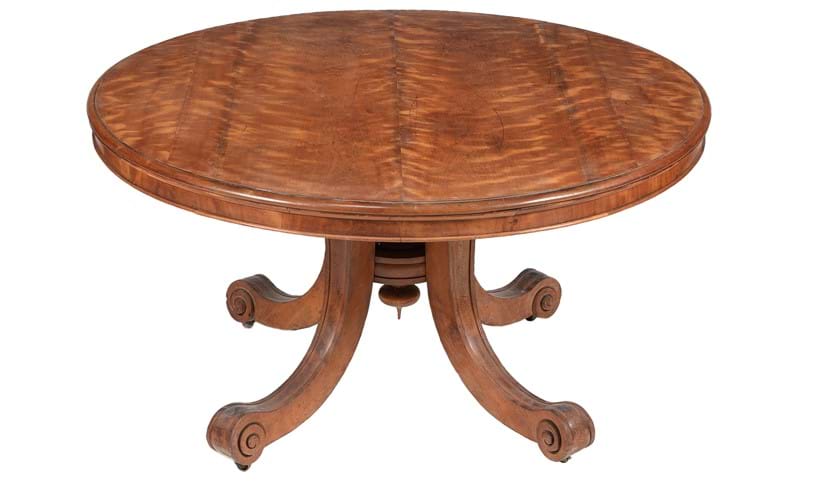 The underside of the top and one leg is stamped 'VR, O, COBURG COTTAGE, MARCH, 1873'. The stamp relates to The Royal Estate of Osborne, in East Cowes, Isle of Wight. Coburg Cottage was built by H. R. H. Prince Albert for Queen Victoria as a birthday present in 1852. This table was previously sold at Christie's London in June 2000. The Christie's footnote confirms the history and indicates that this table was "almost certainly supplied to King George IV, and by descent to George VI, by whom given to the vendor's father, a landscape gardener at Royal Lodge Windsor, to replace furniture lost when his house was destroyed by bombing in 1940". 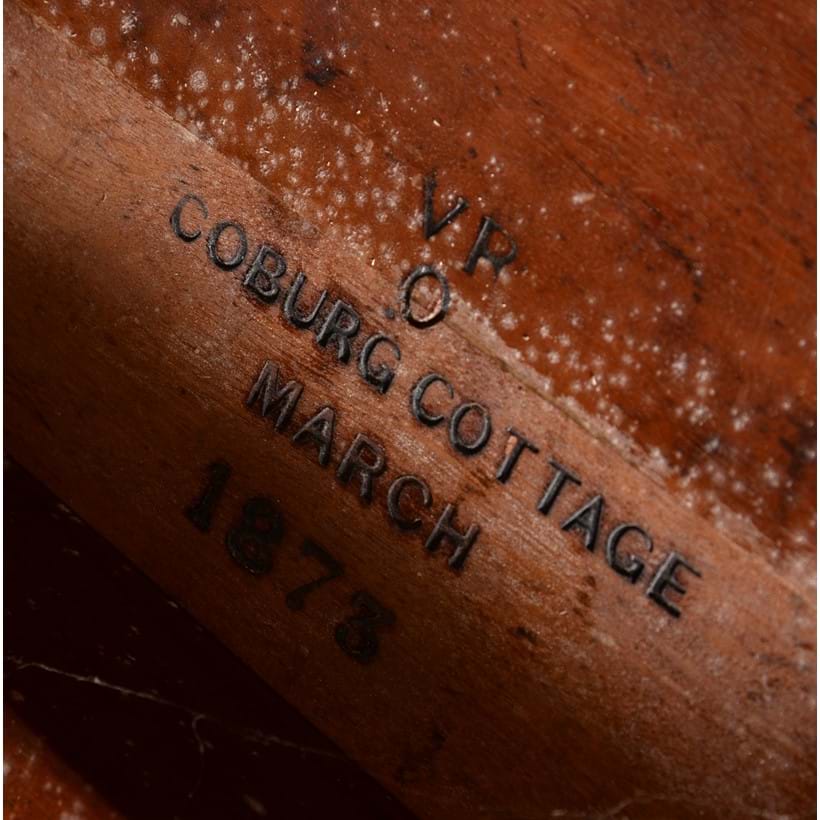