On Tuesday 8 December we have our Fine Jewellery, Silver, Watches and Objects of Vertu auction. A theme in this auction seems to be animals, with stunning designs by some of the major jewellery ateliers such as Cartier and the much sought after Art Deco jewels Charlton & Co. Ahead of the auction, Director of Dreweatts' Jewellery, Silver and Watches Department, James Nicholson picks out some of the highlights.

First we look at Lot 210, this Art Deco diamond and enamel safari bracelet attributed to Charlton & Co. Now you won't have been able to go on safari this year - but you can certainly can wear a sustainable safari! 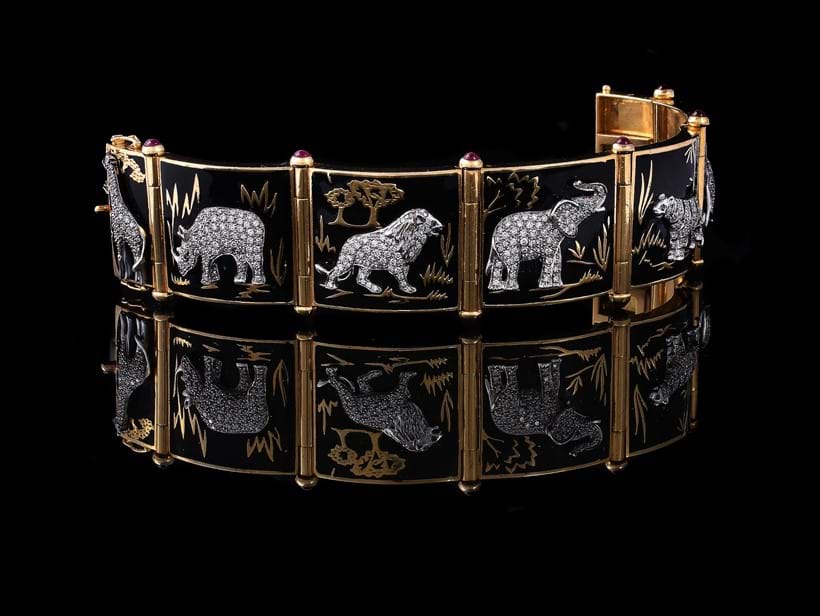 The American jewellers Charlton & Co. opened in 1909, and became regarded as one of the leading American jewellers of the 1920s. Their world wide fame was given a boost following the purchase of two cigarette cases from Charlton & Co by Edward, Prince of Wales. Charlton & Co.'s lead designer was Maurice Duvalet, who designed special commissions, including a safari bracelet very similar to the example offered for sale here in 1937. The prevailing economic and political events of 1930s, namely The Great Depression and the outbreak of World War II, had a devastating effect on Charlton & Co., forcing them to close the business in 1943.

The sale also features a wonderful selection of pieces by Cartier. Highlights include Lot 275, a pair of Ladybird brooches pavé set with brilliant cut diamonds; and Lot 279, a diamond, sapphire, ruby and emerald peacock brooch. The peacock's body and plumage are pavé set with graduated brilliant cut diamonds, and the feathers' eyespots are set with alternating pear shaped cabochon sapphires, rubies and emeralds, and the head features a pear cut emerald eye and diamond accented crest. 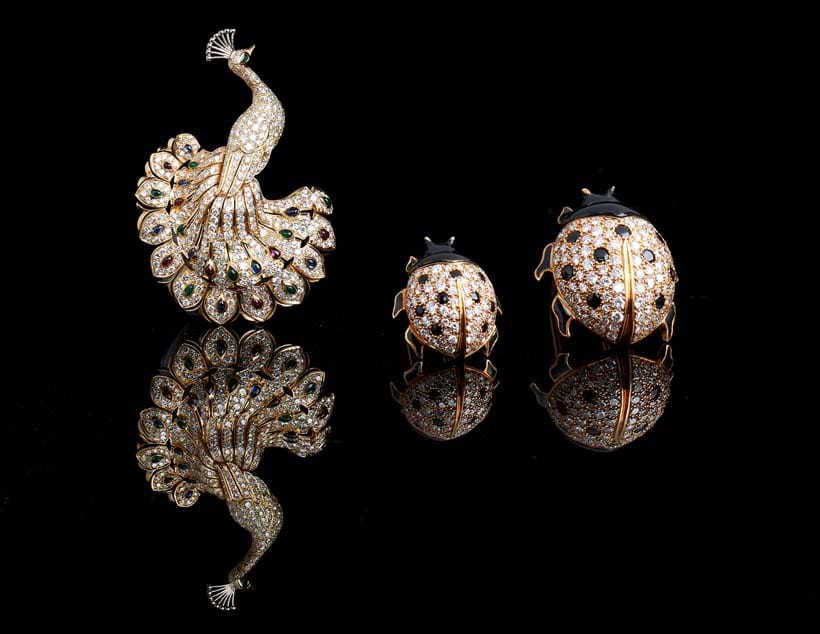 Another highlight is Lot 247, a 1940s silver lamb ring by Mosheh Oved. The stylised new-born lamb with its hammered coat and bulbous gold eyes, is inscribed with Hebrew to the base, reading 'Where is the house of my father'. 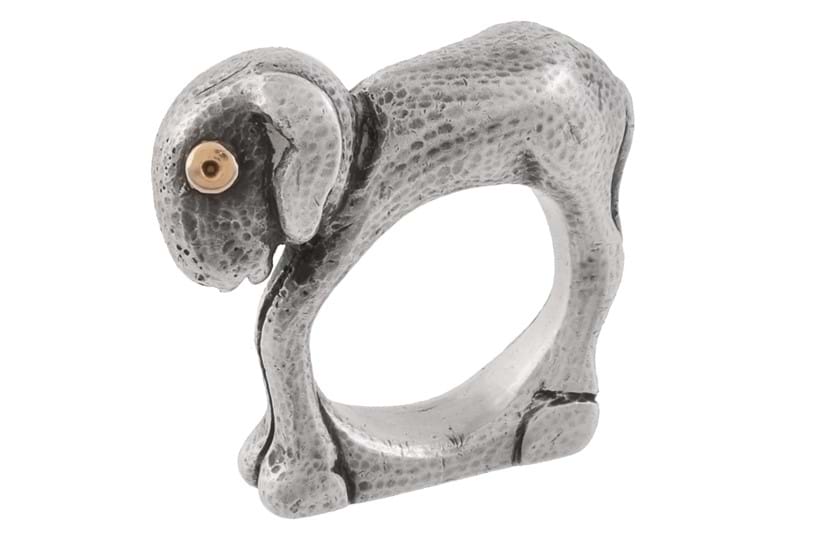 These rings have become extremely collectable. The lamb ring was the first in a series of lost wax cast zoomorphic rings made by Mosheh Oved (1885-1958) in the 1940s. It was modelled in the basement of Oved's Cameo Corner shop in London during The Blitz in World War II. As he focused on the modelling the ring, Mosheh Ovid was able to steady his trembling hands away from the turmoil of the Battle fo Britain raging in the air above.