Our Works on Paper from the Islamic and Near Eastern Worlds sale on 30 April contains a wide selection of rare and fine printed books and manuscripts, with 114 lots ranging in date from the fifth to the early twentieth century AD.

Highlights include a grand and early manuscript collection of Persian poetry by Nur ad-Din Abd’ul Rahman Jami, known as the Haft Awrang, from fifteenth-century Timurid Persia.

What sets the present copy apart are the eight illuminated miniatures set within the body of the text, all finely executed. 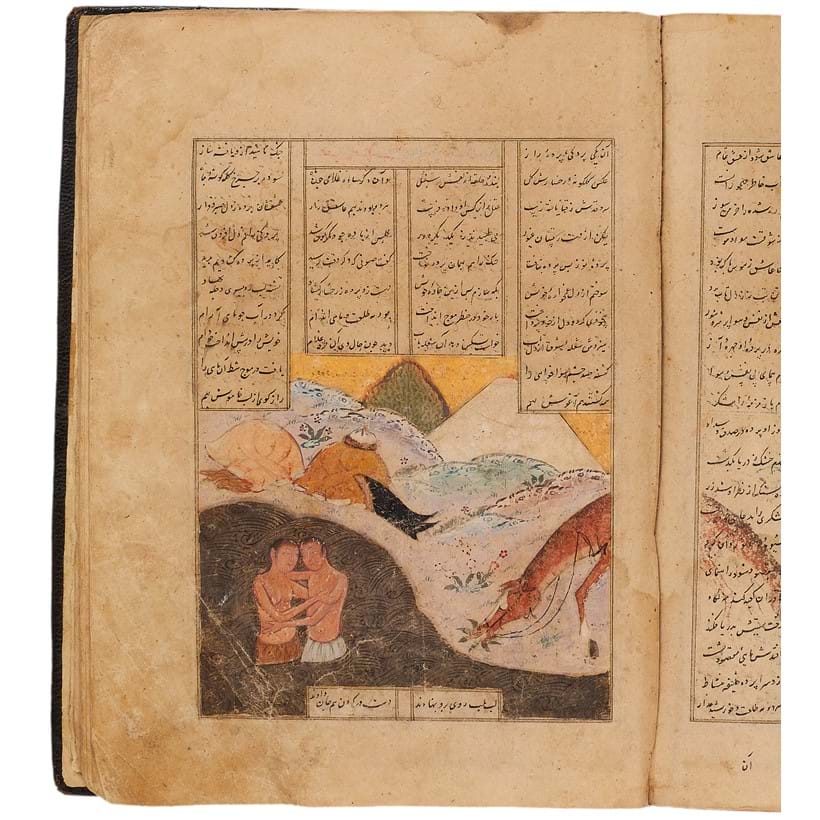 Perhaps the most important book in the sale, is an exemplary copy of the first printing of Avicenna’s Canon of Medicine (Al Qanun fi al’Tibb), produced in the Oriental Press of Ferdinand de Medici in Rome in 1593.

The work is the most authoritative medical text in the Islamic world, and following its translation, one of the fundamental cornerstones of medical knowledge throughout the West as well. Only three copies of this scarce work have appeared at auction in the past four decades, but unlike the present copy, those lacked some final parts of the work, including the ‘Compendium of Ibn Sina’. 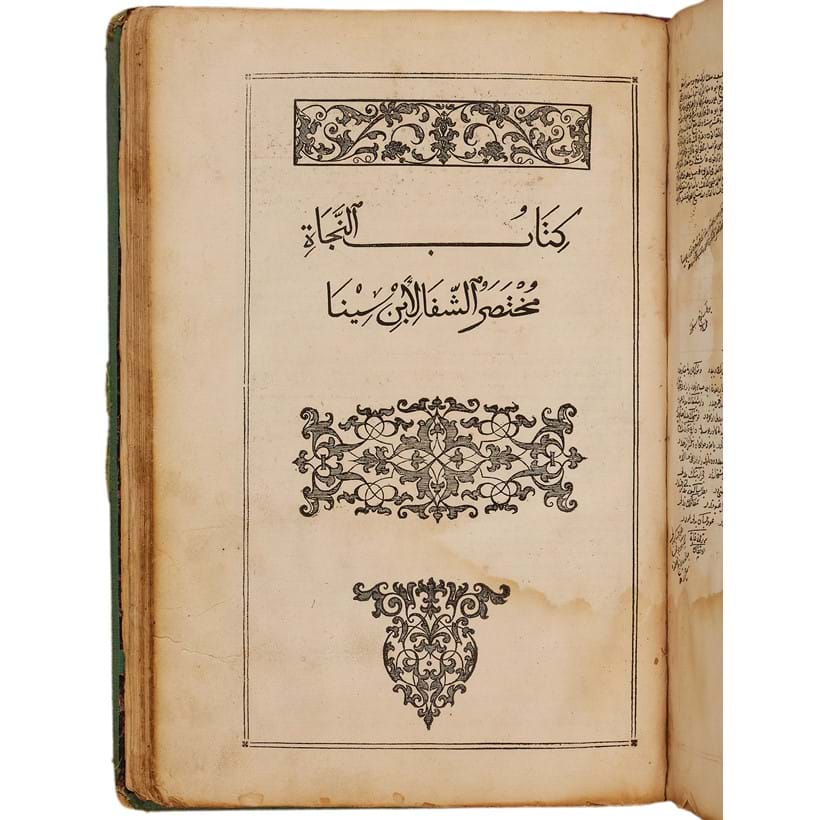 A final highlight of this sale may well be the only example of its kind to ever come to the open market – a manuscript copy of a scientific treatise detailing important discoveries in the reign of each Sultan, known as the Nataij al’Funnun, bound with a further historical treatise, in Arabic and Turkish. What sets this item quite apart from all of its peers is that the colophon, which dates the work to 1128 AH (or 1712 AD.), records that it was written by its scribe Chengiz bin Timur in the town of “Khong Fo” in China. It is a little-known fact that from the sixteenth to the nineteenth century, Arabic and Persian manuscripts were sought out by Chinese scholars living in the border province of Xingjiang/Eastern Turkestan, and either imported from the neighbouring Near East or copied in Xingjiang itself. A handful of examples exist in Western institutions, but the present copy would appear to be the first recorded example to appear on the open market outside of Xingjiang. 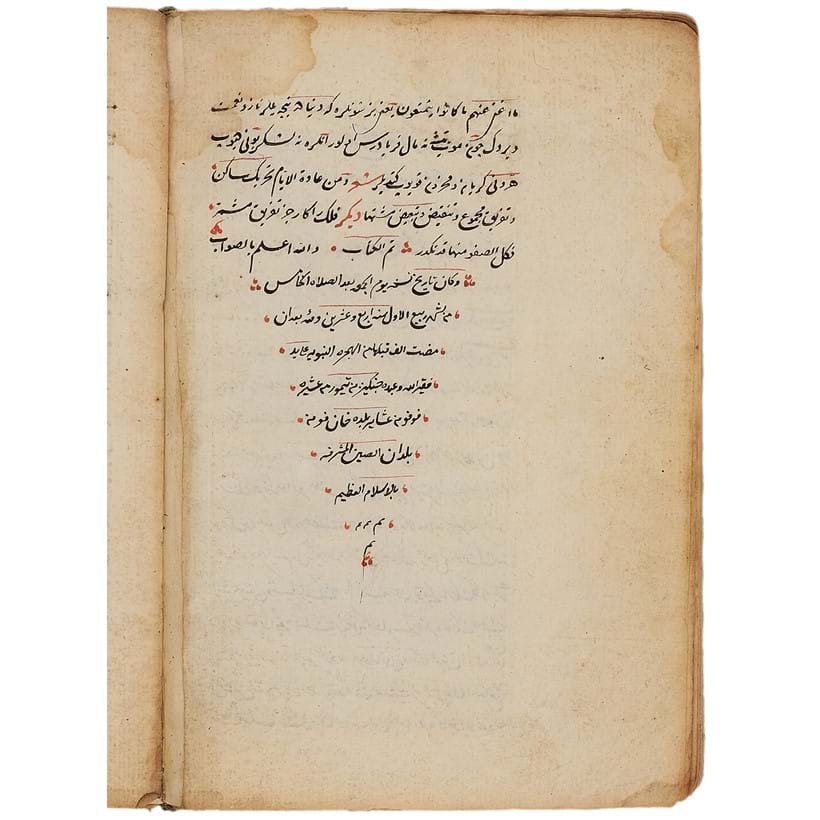 Viewing prior to the auction will take place at Bloomsbury Auctions (16-17 Pall Mall, London) at the times indicated below: