Dreweatts’ upcoming Fine Art Timed Online Auction, running from 15-25 February, features a wide variety of artworks, including paintings, prints, and illustrations. Among these works, we are excited to present a selection of illustrated works by British artist Charlie Mackesy (b. 1962). 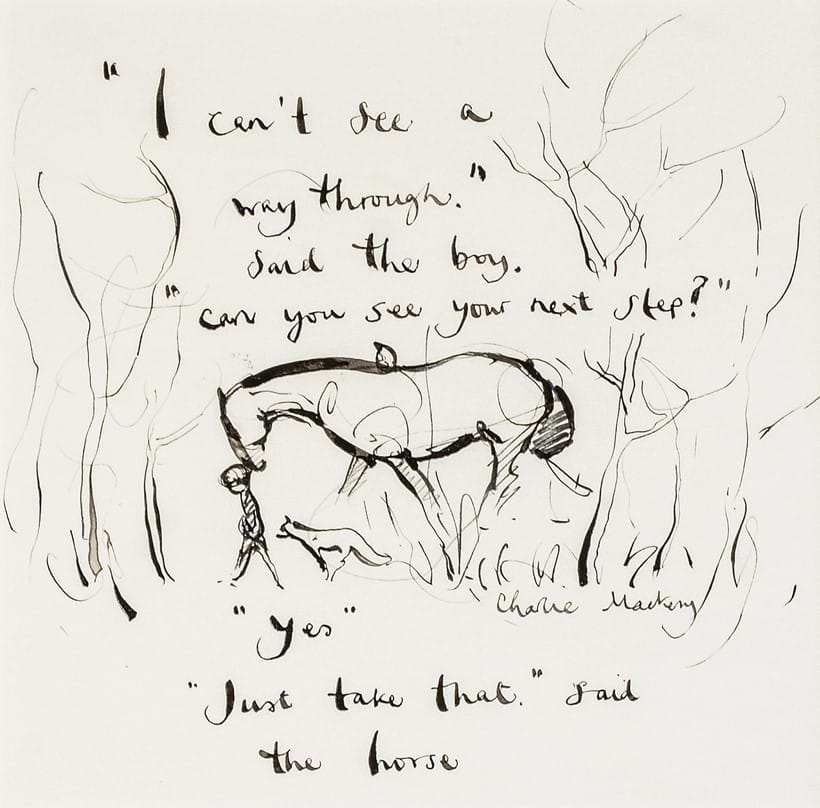 Charlie Mackesy was born in Northumberland in 1962. Mackesy has no formal training from art school but studied portrait painting and anatomy for three months whilst living in the United States. He began his career working as a cartoonist for The Spectator and an illustrator for the Oxford University Press before his work was exhibited in galleries. Along with these roles, Mackesy also worked for Richard Curtis on the set of ‘Love Actually’ to create drawings that would later be auctioned to raise money for Comic Relief. 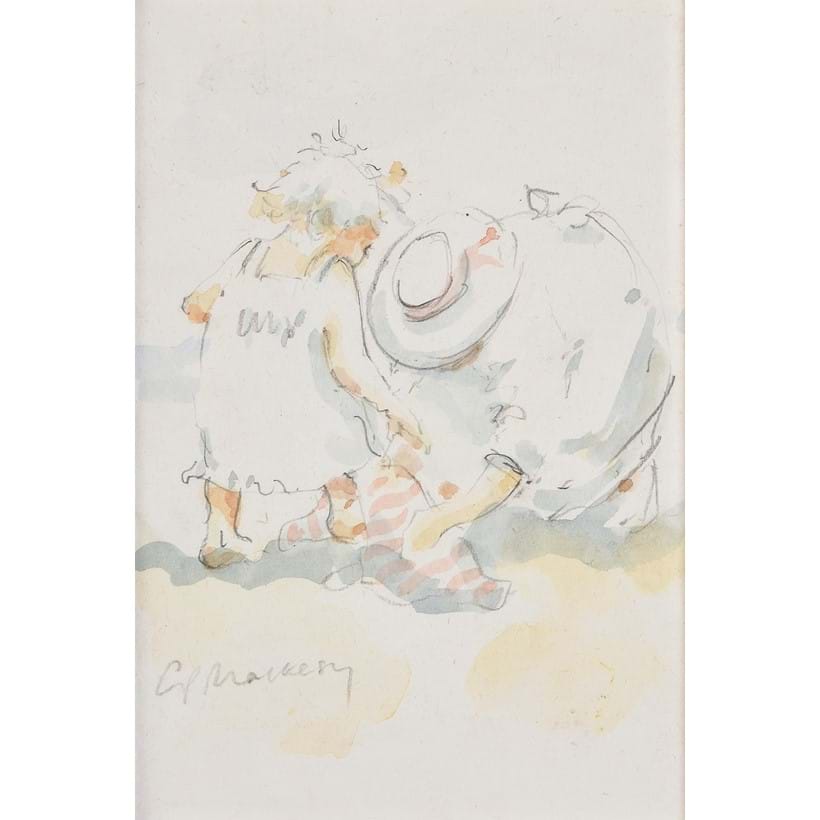 A few years ago, Mackesy started drawing a series of illustrations showing the story and relationship between a boy, mole, fox and a horse and posting these illustrations on instagram along with positive messages of encouragement. The idea originated from a conversation he had with his friend Bear Grylls about the concept of courage and bravery. They discussed the things they had done that they believed to be acts of bravery and Mackesy’s was that he had been able to ask for help when he was struggling. This event inspired him to draw the story of friends helping one another and it went viral on social media. This led to his best-selling book The Boy, The Mole, The Fox And The Horse, which has sold over 1.4 million copies, and spent over 100 weeks on The Sunday Times’ Top Ten Bestsellers list whilst becoming the longest-running Sunday Times Number One Hardback to date. 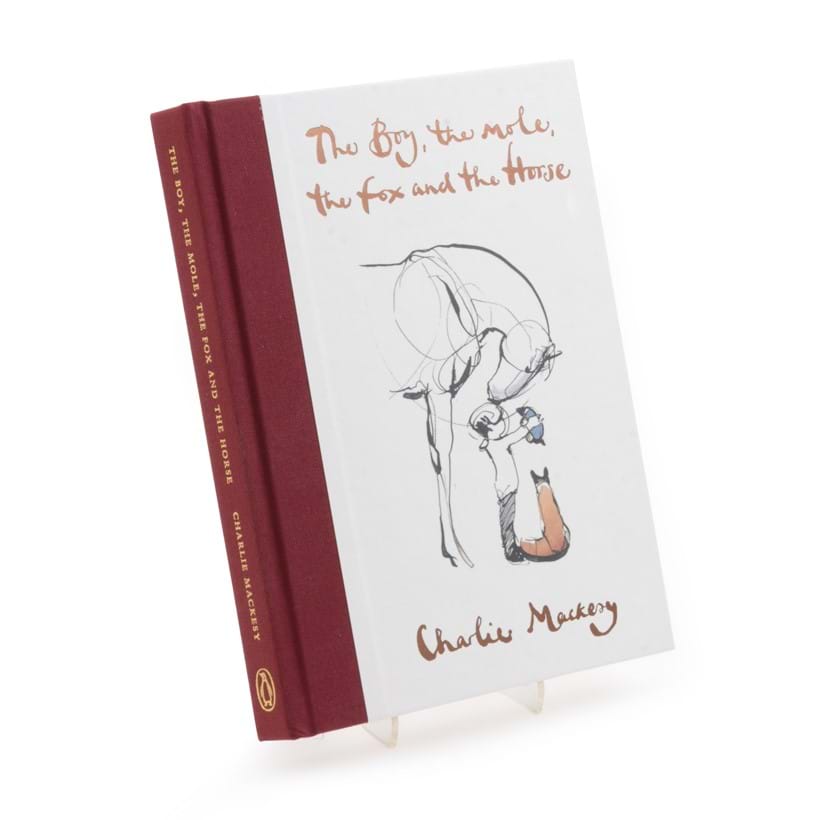 Mackesy began to produce and upload more drawings of these characters to his Instagram account around the beginning of the COVID-19 pandemic, many of which followed the themes of hope and thankfulness to the NHS for their incredible work during such a trying time. These drawings became very popular as they gave his audience joy during a time of worry and uncertainty. In response to these difficult times Mackesy believes, “what we have to do now is just keep going and try to be positive and be kind to each other”. A message of hope and support which continues in Mackesy’s work. 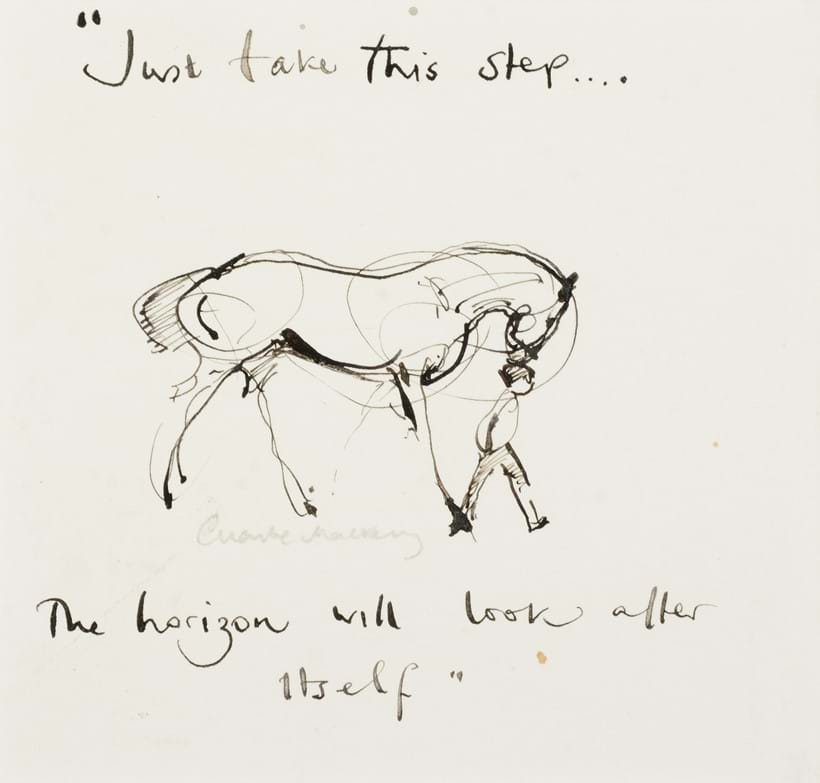 AUCTION DETAILS
This is a timed online auction ending on Friday 25 February, with lots closing sequentially at 30 second intervals from 10.30am GMT.