Coming up on Wednesday 14 December is our auction of Old Master, British and European Art. Ahead of the auction, picture specialist Anne Gerritsen, offers you a sneak peek at some of the highlights.

Dreweatts is delighted to be offering a private collection of twelve works by the esteemed artist Benjamin Williams Leader (1831-1923), one of the leading landscape painters in British art history. The collection was carefully curated and is the best to be offered to market in living memory, providing a complete view of the artist’s development from the 1850’s to the 1910’s and showcasing views of Worcestershire, Surrey and Wales. 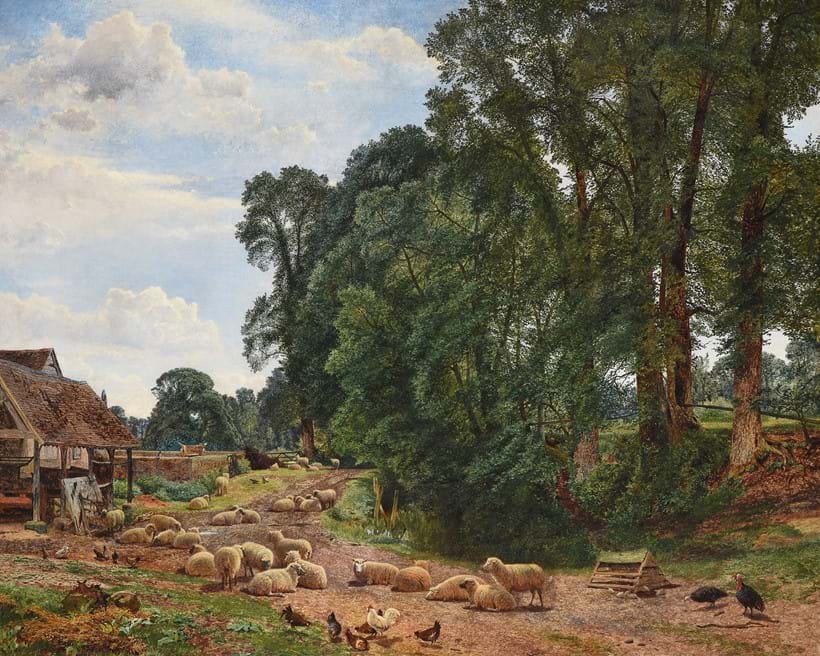 It is lead by the work ‘The outskirts of a farm’ (1860), which is illustrated on the cover of Ruth Wood's book, Benjamin Williams Leader, R.A., 1831-1923 - His Life and Work, Woodbridge 1998, the most important publication on the artist and his career. Leader’s early work clearly bears the influence of the Pre-Raphaelites with their attention to fine detail. This picturesque rural scene, which was painted near the artist’s home in Whittington, Worcestershire, depicts a local farm in early summer around midday, the time and season the Pre-Raphaelites frequently opted for with their passion for visual clarity. 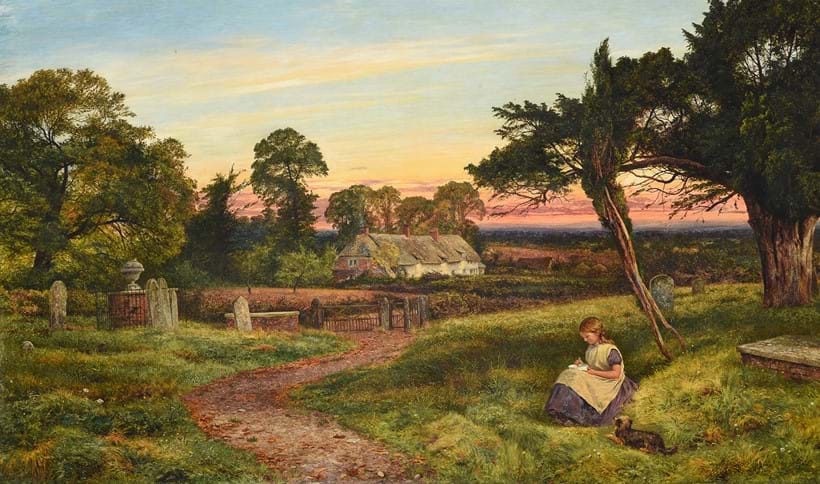 We are also pleased to bring to auction a private collection of nearly fifty works from Blaisdon Hall, Gloucestershire. Situated in the Forest of Dean, the Grade II-listed hall was built in 1876 in Jacobean style by the architect Frederick Sandham Waller and was further extended in the early 20th century by his son. This masterpiece of Victorian architecture was originally commissioned by the Crawshay family, a long line of Forest of Dean ironmasters, and remains a visual symbol of the influence this family once had in the area. Since then it has passed through several hands and its' colourful past also includes a short chapter as an agricultural school. 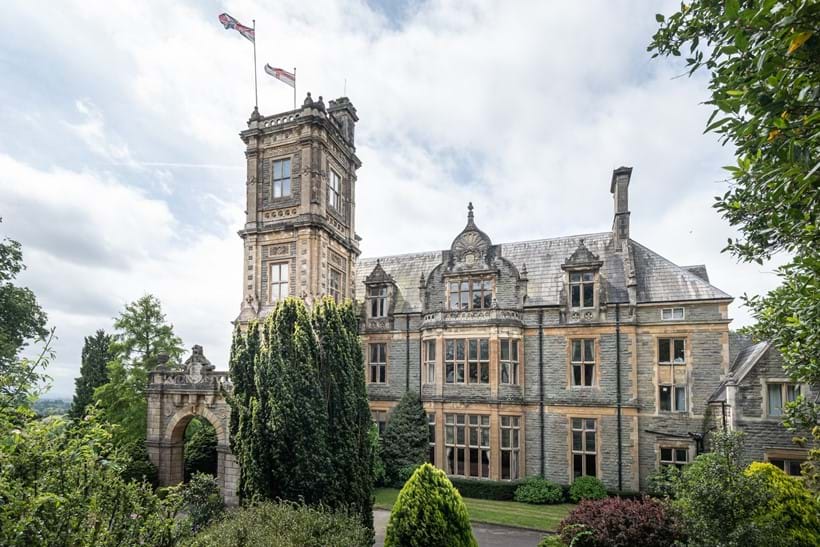 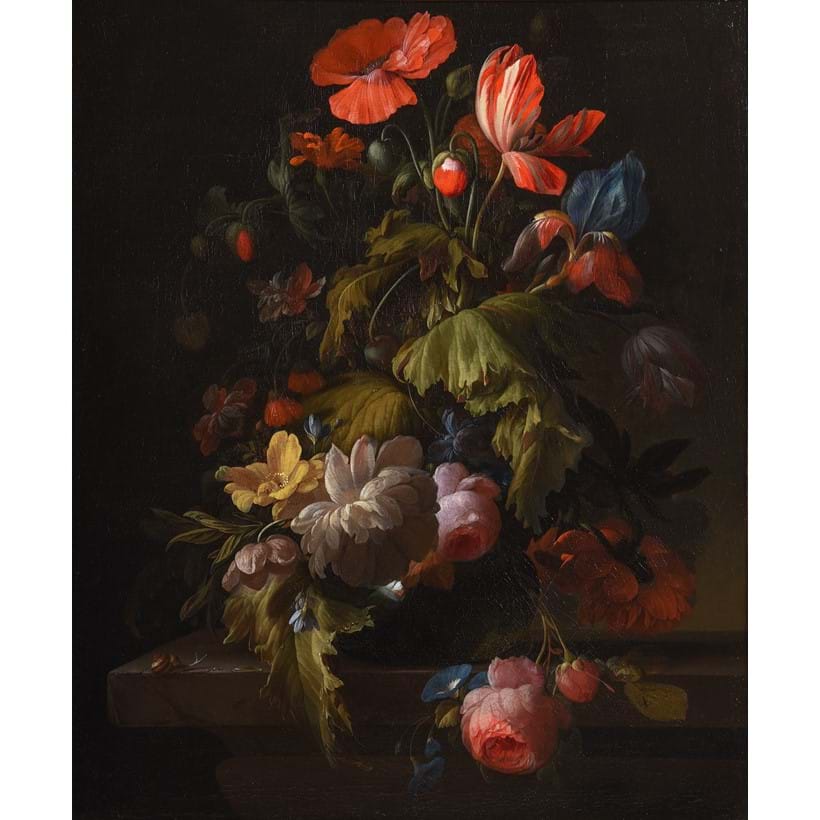 Two highlights are a detailed still life of flowers by the Dutch master Elias van den Broeck (1649-1708) and a lively view of the Roman campagna by the Italian artist Aurelio Tiratelli (1842-1900).

The sale also comprises some beautiful examples of (family) portraiture, including this grand Jacobean double portrait painted in 1606. It depicts Thomas Pope, 3rd Earl of Downe (1598-1668) and his elder brother Sir William Pope, 2nd Earl of Downe (1596-1624) at the ages of 8 and 10. It is a perfect picture of familial harmony, which is demonstrated through the sitters’ matching clothes and the holding of hands, and is one of the earliest instances in English art of siblings portrayed in such an affectionate manner. It was previously thought to be by the hand of the Tudor court painter Marcus Gheeraerts the Younger, who had already depicted the children’s mother Anne Hopton in 1596 (L231, National Portrait Gallery) and is known to have painted sisters in a similar unusual pose (‘Barbara Gamage with Six Children’, private collection, Penshurst Place). 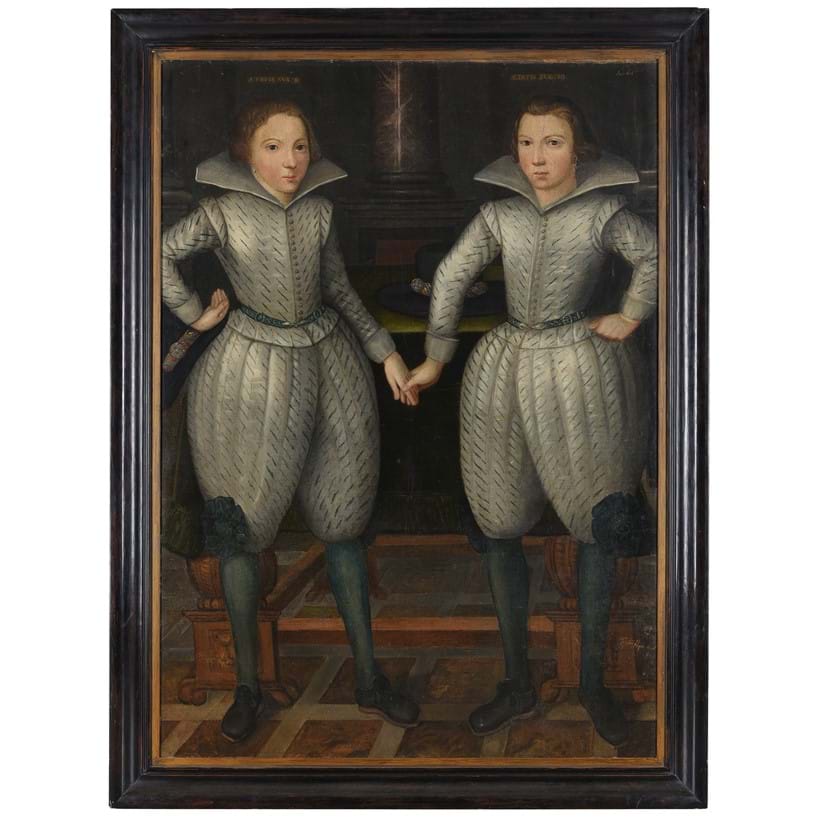 Another intimate portrait in the sale is that of Mrs Robinson and her son, which was painted by British Artist George Henry Harlow (1787-1819). Harlow trained under Samuel Drummond and Thomas Lawrence, to which his style is greatly indebted. He first exhibited at the Royal Academy in 1804 and became highly regarded as a portrait painter, mainly known for his paintings of actors and actresses. 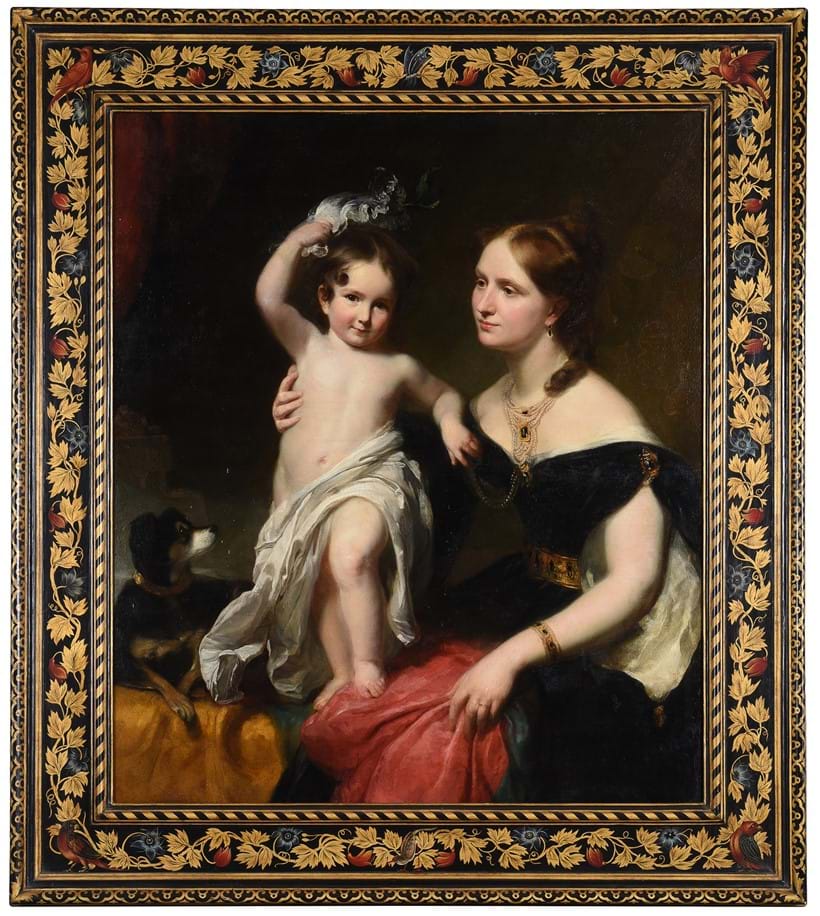