The auction of Watches and Pens on 12 February includes two private collections of Parker pens each featuring contemporary examples of some of Parker’s most iconic and enduring designs.

The Parker Pen Company was founded in 1888 by George Safford. From the 1920s to the ‘60s and before the development of the ballpoint pen Parker was either the world’s number one or two in worldwide writing instrument sales. In 1941 the company launched the Parker 51, to commemorate 51 years of trading, the pen was the brainchild of Kenneth Parker and it became the most widely used model of fountain pen in history, generating sales of over $400m in a thirty year period.

Parker pens bear a clip in the design of an arrow which was created in 1933 by the high profile designer Joseph Platt. Platt was inspired by Kenneth Parker’s passion for revolutionary transportation and aviation and in 1957 the arrow was adopted as the emblem for the Parker brand.

The Parker Duofold design dates from the 1920s, its aesthetic captures the spirit of the decade: bold, bright and confident.

The Duofold International Model A features the gilt arrow clip to the cap and a double clip band, the medium nib is stamped 18K 750. It comes with a cartridge filling system, a Parker box and a cartridge convertor and it is uninked.

The Duofold International Model B pen has a very similar specification to that of the Model A and comes with a ballpoint pen conforming. 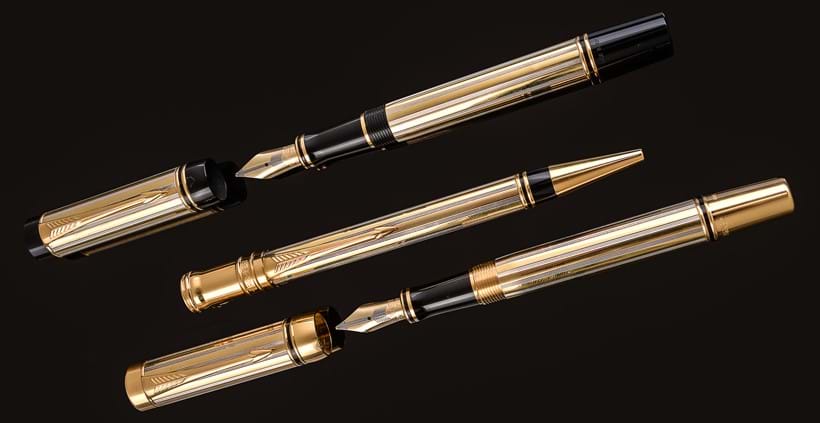 These Duofold samples were produced to the same weight and feel as the 18 carat gold examples for clients to try out in advance of making a purchase.

This is a limited edition marbled fountain pen, no. 1071/3,500, the cap with gilt arrow clip and triple band and the medium nib stamped 18K 750. Uninked, it comes with a Parker box and leather travel case.

The work of the American illustrator Norman Rockwell (1894-1978) can be found in many magazines, advertisements and books. In 1929, George S. Parker commissioned Rockwell to create a Christmas advert for the Parker Duofold and a variety of desk sets. In 1959 he was again commissioned to produce a series of adverts for the Parker 61. These designs in the form of prints are also offered as part of this lot. 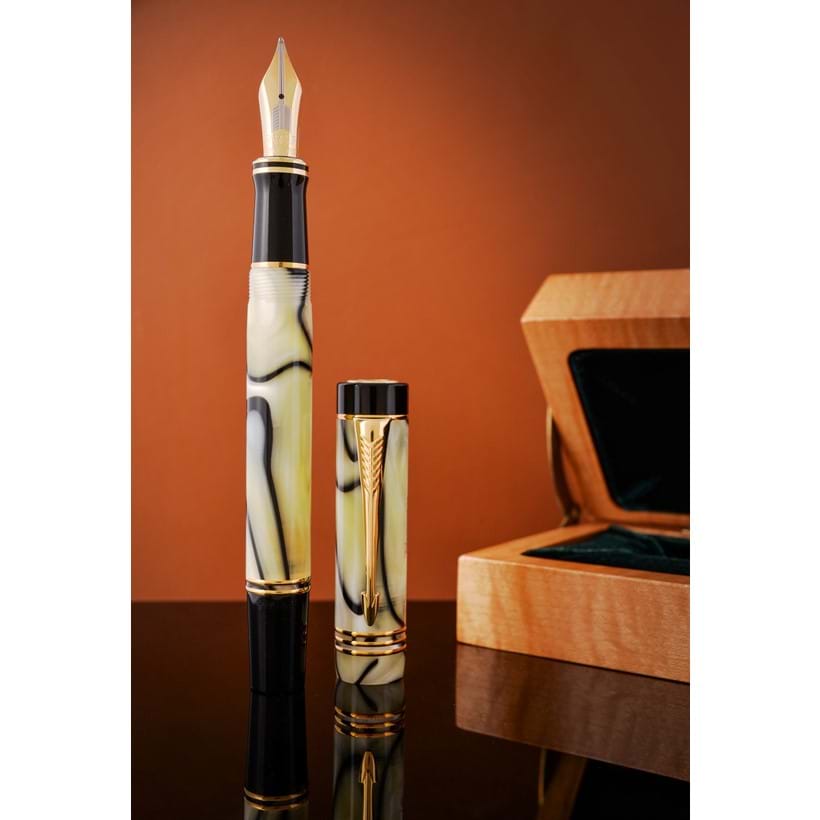 The Parker Snake design with its elegant and sinuous curls dates from 1906 - the era of Art Nouveau.

The limited edition black acrylic and silver mounted fountain pen is numbered 14/5000, the cap is set with two emeralds and the nib is stamped 18K 750, The pen comes with a Parker box, information and instruction booklets, certificate and cartridge convertor.

The associated rare limited edition silver pen stand, no. 47, sits on an ebonised rosewood base, and measures 14cm high. 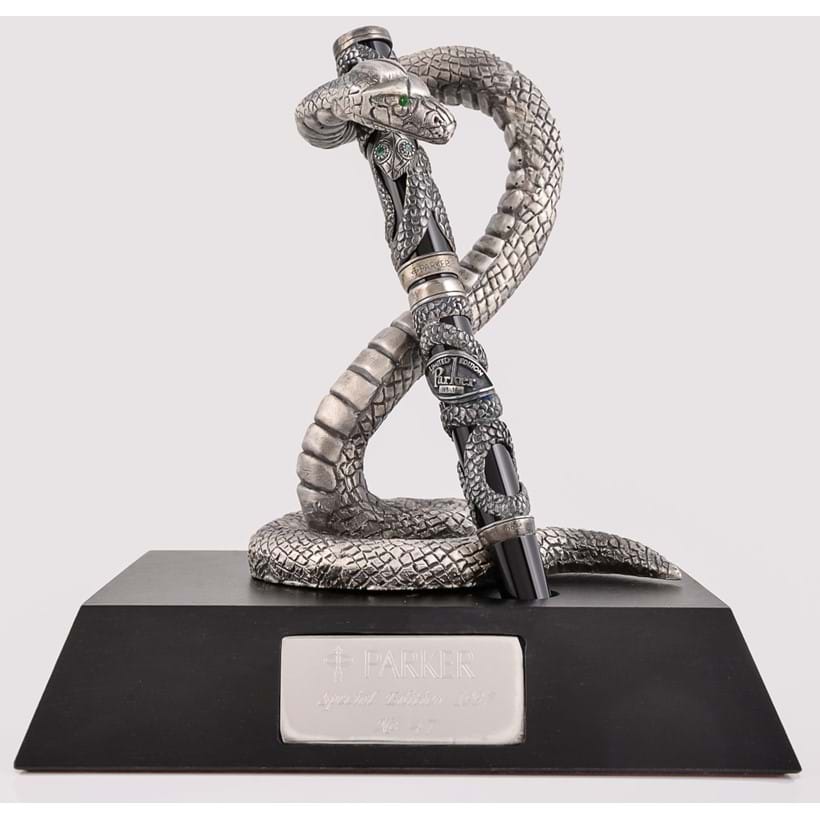 The rare, limited edition pen stand, (est, £300-500 +fees), no. 80/100, dates from 1995. The Mandarin figure was designed and commissioned by Jean-Francois Ridel and was only available from Point Plume, his pen shop in Paris. It was released for the limited edition Parker Duofold Mandarin fountain pen.

The limited edition Parker Duofold Mandarin fountain pen is numbered 0009/10,000, the cap with the gilt arrow clip and triple cap band. The medium nib is stamped 18K 750, the pen is uninked and comes with a cartridge filling system. Est. £300-500 (+fees). 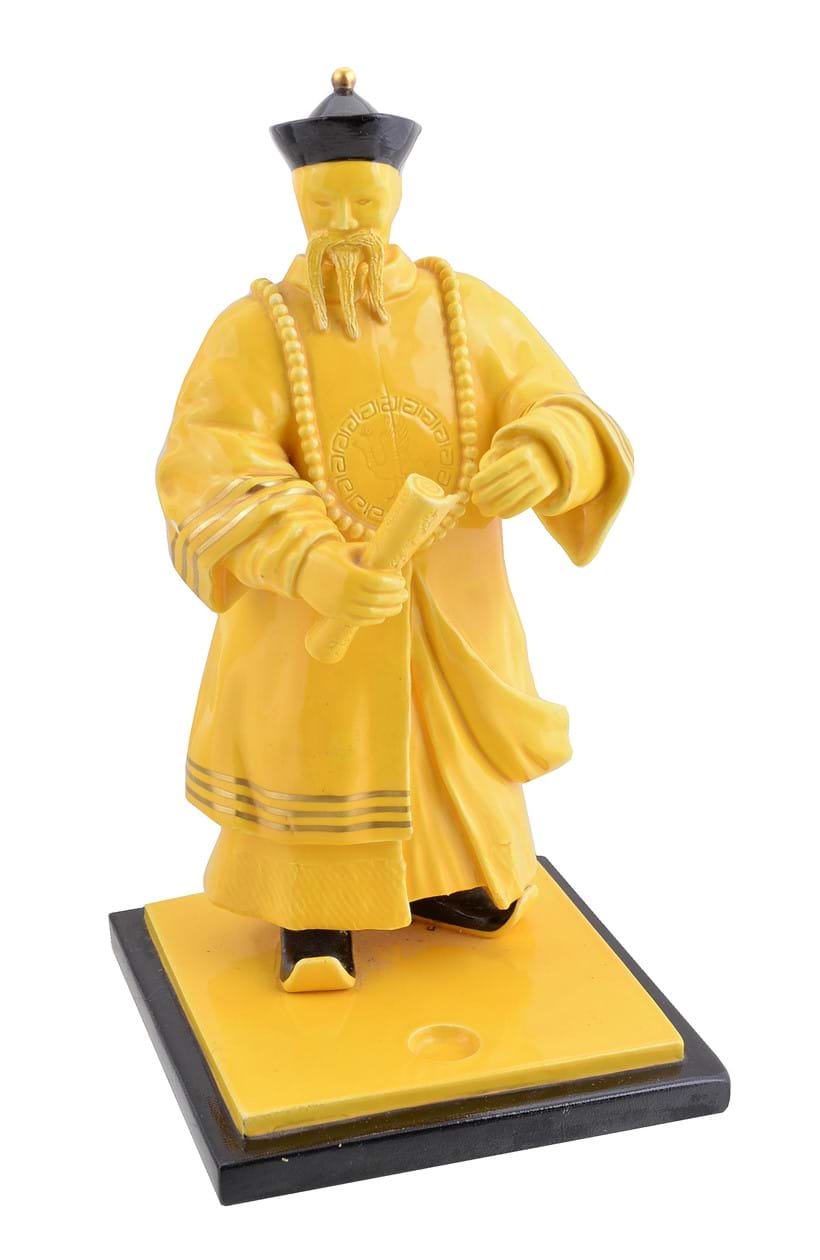 This unique pen in wood was manufactured in 1980 by Parker in Germany and was produced in eight different wood finishes, the planned production run for each version was 2,000. However, Parker in the US stopped the production of the model so it is unclear how many pens in each version were produced. Each pen was to be offered with a box made from the same wood. 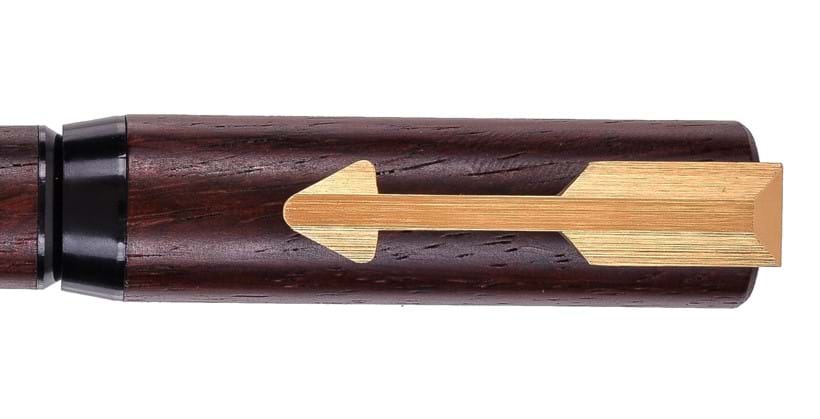