Dreweatts are pleased to present the auction Town and Country: The Collections of Charles Plante and Rawdon Hall, taking place on Tuesday 10 May. The auction includes works from Charles Plante's atmospheric London townhouse.

Commenting on the collection, Head of Sale, Joe Robinson said, "The sale offers the opportunity to capture the enigmatic and atmospheric style of Charles Plante’s London townhouse from important architectural drawings, furniture designs and decorative pictures as well as a host of fine and decorative furniture and works of art collected by him over his three decades as a renowned tastemaker."

Charles Plante has been a dealer in London and America for three decades. The English phase began for him when ‘studying neoclassicism at Cambridge with the late Prof. David Watkin… a chance to look at a style… as if under a microscope. We studied the major and lesser artists and we learned about everything from sculpture, painting, architecture and art as an international style. A style that was to have a much wider appeal than first thought. After all, in America it almost became the national style. He has specialised in American, English and French architectural drawings and the decorative arts from that period ever since. 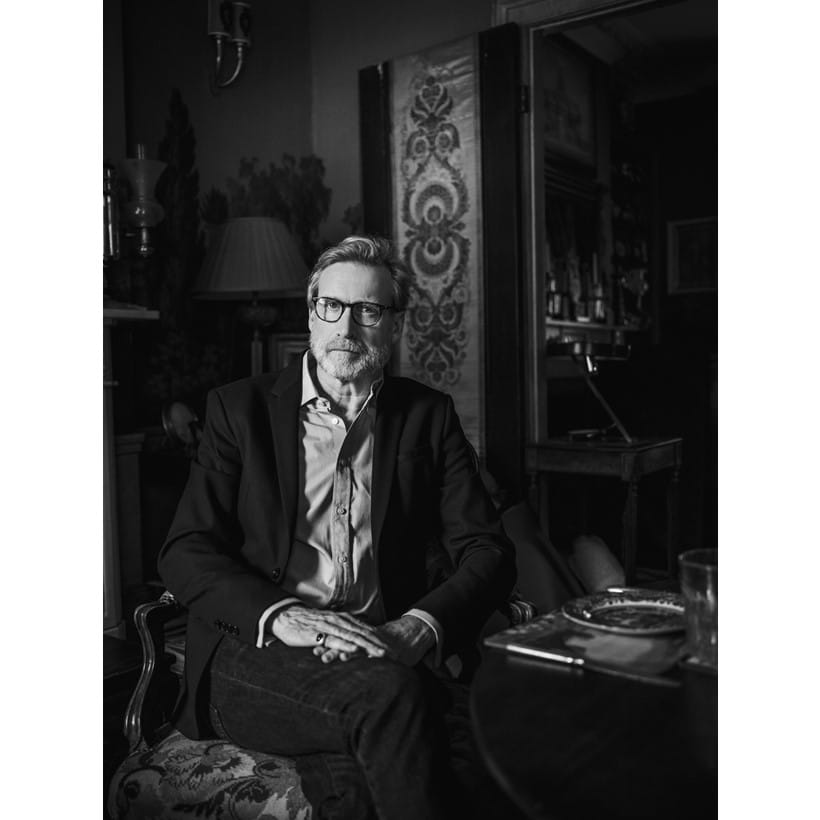 Arriving in London in 1988, his career was much influenced by the architectural historian John Harris and the dealer Bill Drummond as well many decorators, clients and friends. He was involved in the fair world from stalls at Chelsea Town Hall to grand stands at Grosvenor House and Olympia. He mounted dedicated exhibitions at Stair & Co in London and Mallett’s in London and New York. Publications included Inside out… Interiors and exteriors 1770-1870., (2000), Gilt Bronze objects..1814-1830, (2002) and Tools of the Trade (2006). 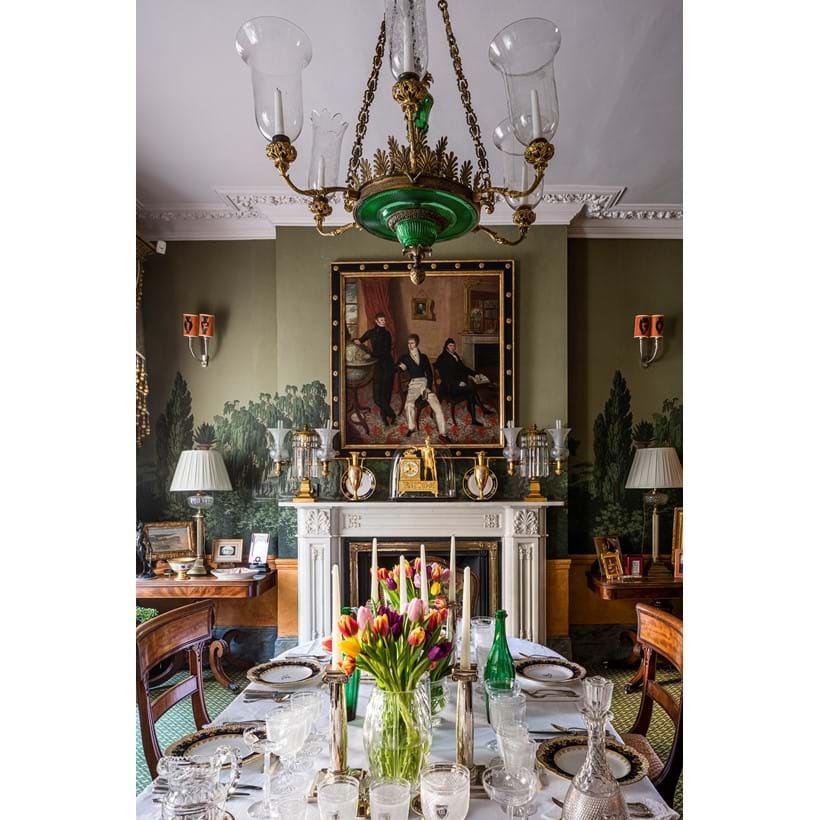 In this sale, notable ‘finds’ include architectural drawings by Thomas Sandby and Henry Holland, from whose office comes the Brighton Royal Pavilion elevation c.1787 and the plan of the house and garden as proposed in c.1801. A series of Russian wall designs c1815 for palatial interiors yet to be identified. A collection of designs from the French Restauration are drawn at full scale for candelabra, chandeliers and clocks, as published in Gilt bronze, (2002). German workshop drawings from the Biedermeier period c.1830 were published as Tools of the Trade (2006). 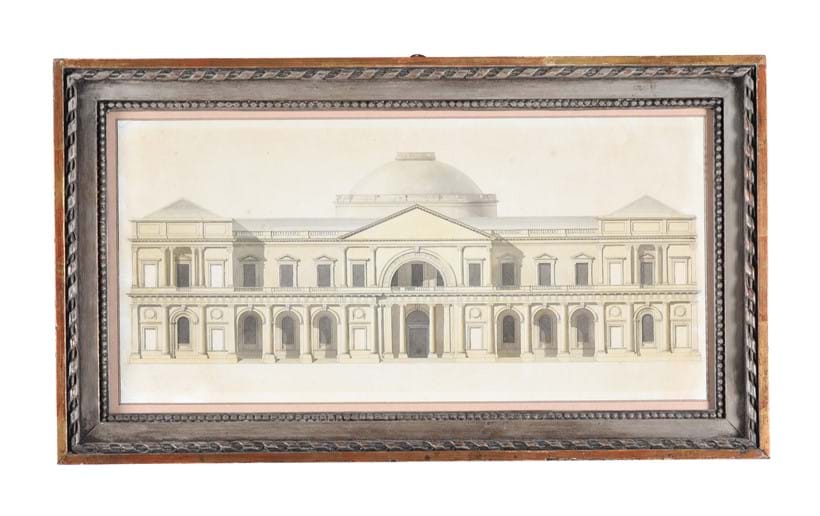 Important furniture in the Grand Tour taste include a large mahogany Empire writing table attributed to Jacob, and an impressive English Regency parcel-gilt rosewood centre table with a simulated porphyry scagliola top, attributed to George Smith, Collection of Designs for Household Furniture (1808). Also a charming small rosewood William IV specimen marble top wine table, and a Regency caned bergere library chair that would together complement any gentleman’s library. Here he could read under porcelain lampshades hand-painted with French hunting scenes in the style of Dagoty, Paris, mounted on a rare pair of Empire Sinumbra lamps of gilt bronze and patinated toleware. Or by the light of the lamp upheld by the god Trojan hero Paris & see no 220, the figure in simulated bronze by Hopper, he might consult the Hay, of London, library clock in rouge brocatelle marble c1825. Such a reader might be the elegant baronet in the portrait in watercolours by Edridge or the two young men with their tutor in the large group portrait set in just such an elaborate neoclassical interior with carpets, a gilt mirror, Cary globes and Gillow furniture (formerly collection Sarah, Duchess of Marlborough). 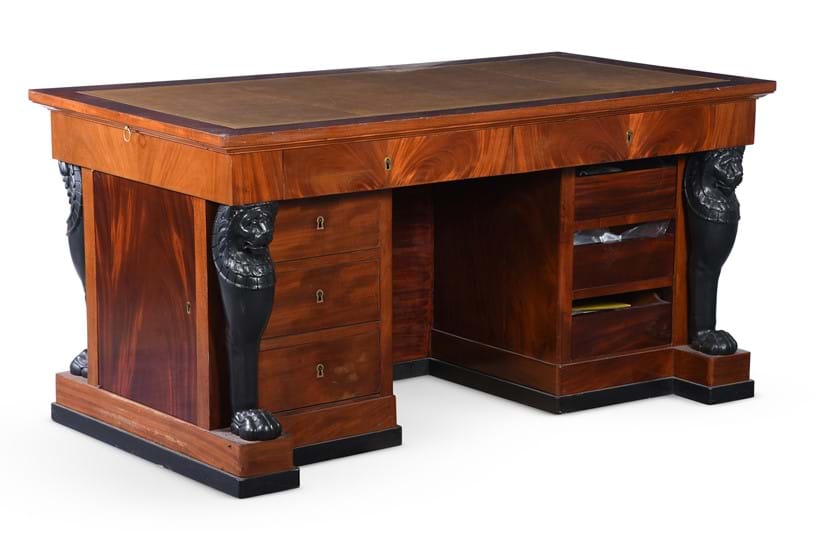 Charles summarises his taste as ‘Ruins…urns…classical landscapes and interiors; evocations in paint, pencil and watercolour of the ancient world…neoclassical furniture, porcelains and bronzes – all have been his passion for the past 30 years'. This sale of important and decorative works of art will enable new collectors to discover the neoclassical world through its art and artefacts, as Plante did at Cambridge. And, as then, many of his finds in the sale are affordable to those just starting out on this fascinating journey of collecting. 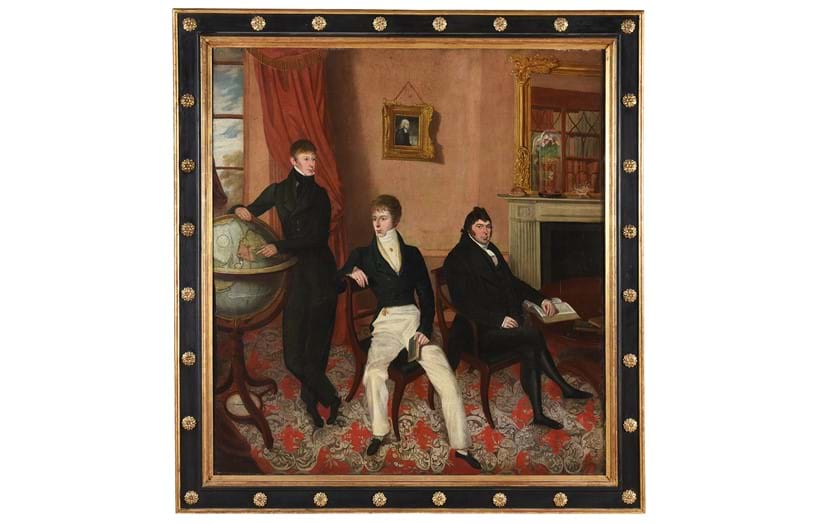 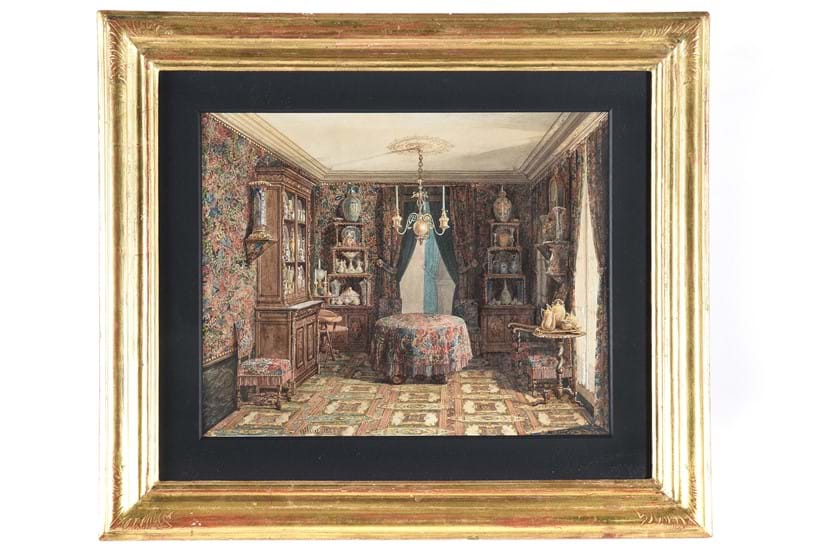 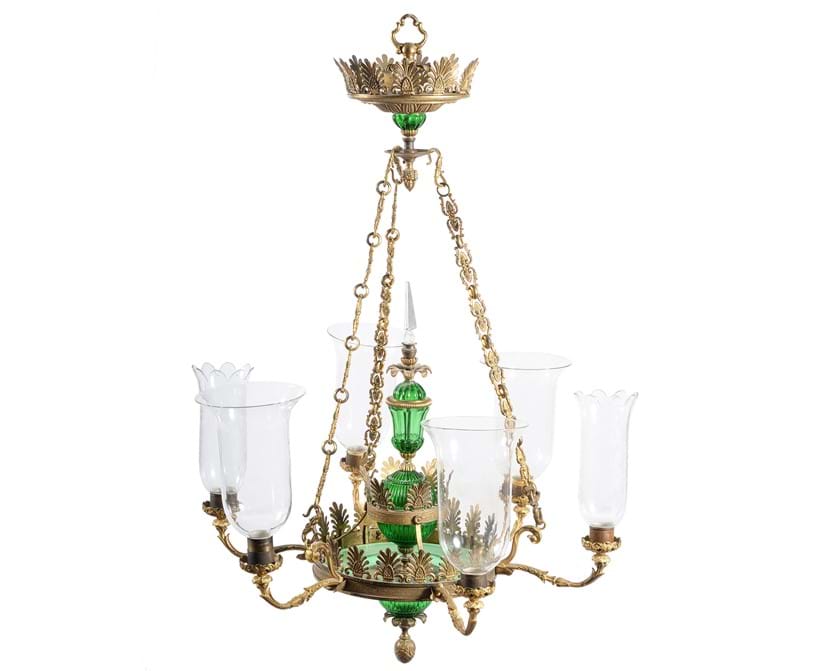 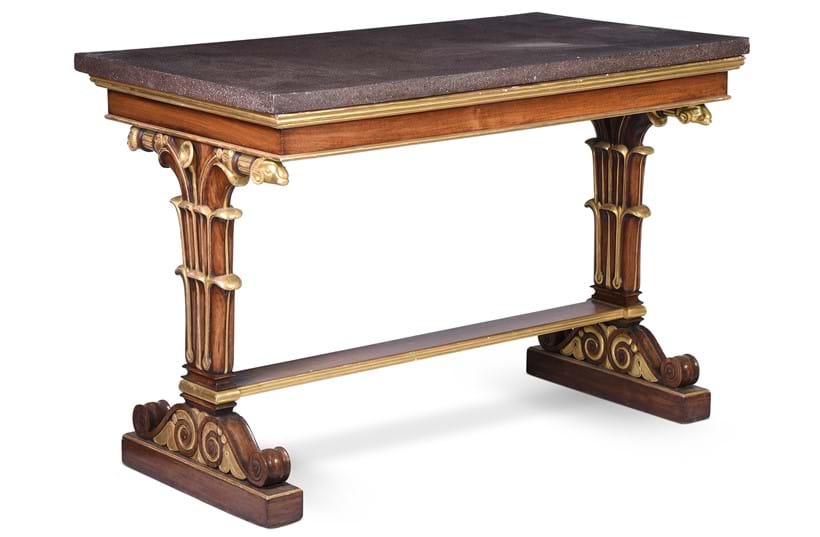 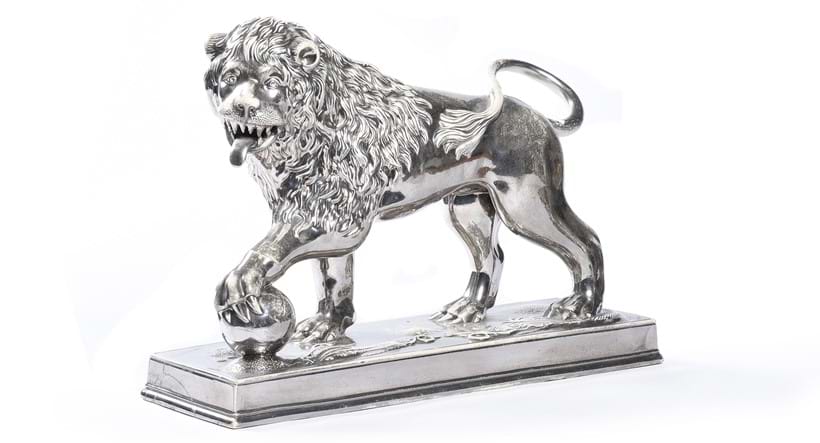