Coming up on the 19 August, we have our Interiors auction, The Summer Sale. This year the auction will include property of the Late Betty, Lady Grantchester (1925-2019). Ahead of the auction, Ashley Matthews, picks out some of the highlights.

The sale includes 24 Lots from the collection of the late Betty, Lady Granchester, from her house, The Gate House in Kingston, Surrey. 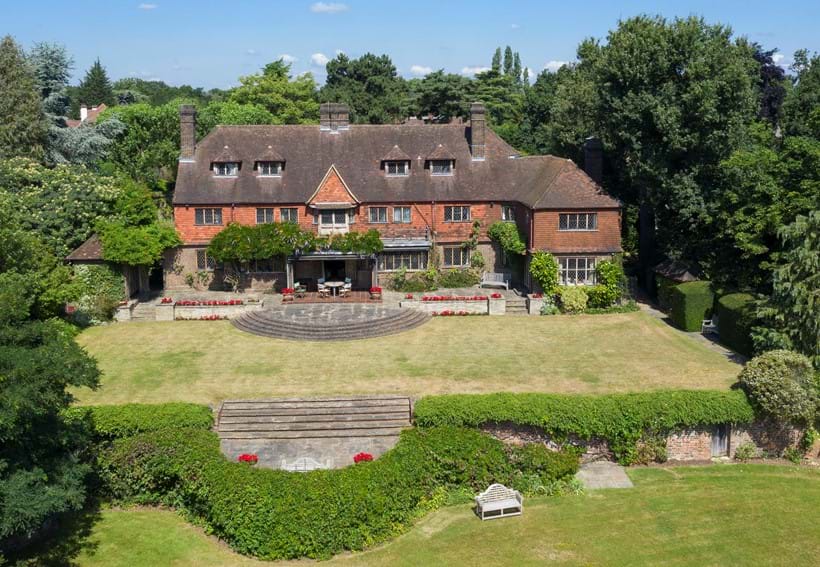 Betty Suenson-Taylor was born Betty Moores in 1925. She was the eldest child of the Littlewoods founder Sir John Moores (1896-1993). Betty was educated at Cheltenham Ladies College and Newnham College, Cambridge. It was as an undergraduate at Cambridge that she met her husband Kenneth Suenson-Taylor, later 2nd Baron Grantchester.

In the early 1970s Betty joined the board of Littlewoods, and took over as Director in 1977, at a time when there were few women board directors. Betty was exceptionally renowned for her charitable work through the Moores Family Charity, as well as supporting women’s education at both Newnham College and Lucy Cavendish College in Cambridge. Her other charitable works included support for the Mersey Forest, Liverpool John Moores University and the Welsh National Opera.

A particular highlight from this consignment is Lot 24, an extensive modern Royal Copenhagen 'Golden Basket' pattern dinner and breakfast service. 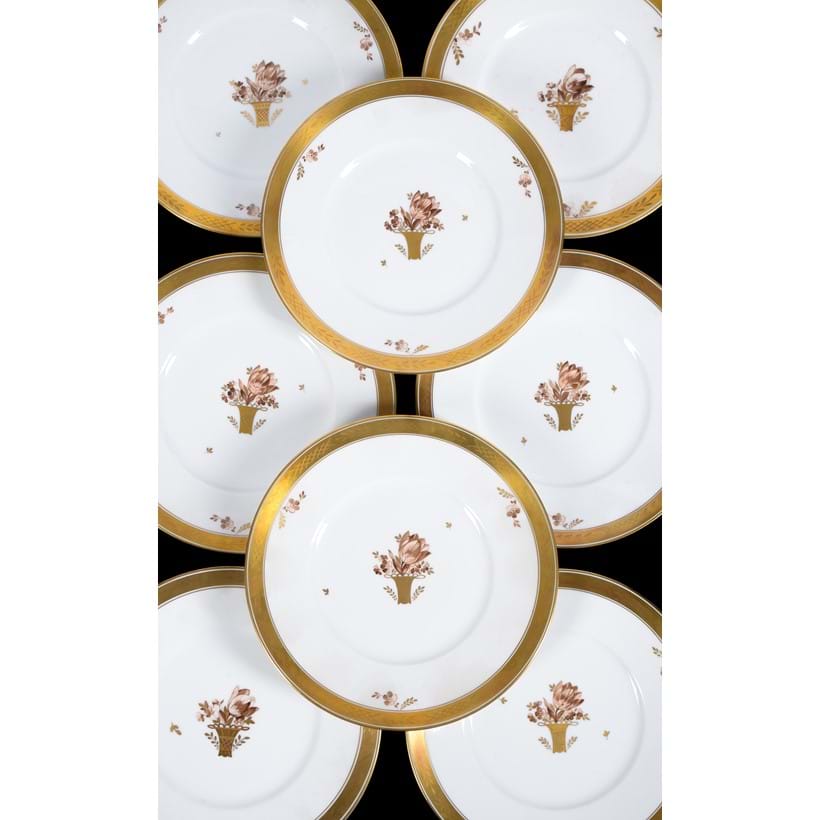 Royal Copenhagen was founded by Juliane Marie, Queen of Denmark and Norway in 1775. Alongside other European porcelain factories, such as Meissen, Sevres and Herend, Royal Copenhagen porcelain is sought after due to the highly skilled craftmanship which goes into each hand painted design.

From other consignments we will also offer a collection of eight highly collectible 19th century views of Italy in gouache. These include views of Capri and the bay of Naples. The finest pair in the collection depict eruptions of Mount Vesuvius in 1771 and 1779. These colourful and intense images flourished in Naples during the 19th century to meet popular demand from wealthy grand tourists as souvenirs of the city. The collection of works was purchased by the present owner from The Parker Gallery, London.

Sure to brighten up any nursery is Lot 120. This carved beech and parcel painted rocking horse, probably dating from the 19th century, is modelled as a racehorse with legs outstretched. It is obviously designed for a young child as it stands diminutively at 55cm high.

By way of traditional furniture the sale includes pieces in the manner of the great cabinet making firms of the 19th century Gillows and Holland & Sons, usually examples are seen in mahogany or rosewood but in this sale we have a number of items crafted in bird’s-eye maple. 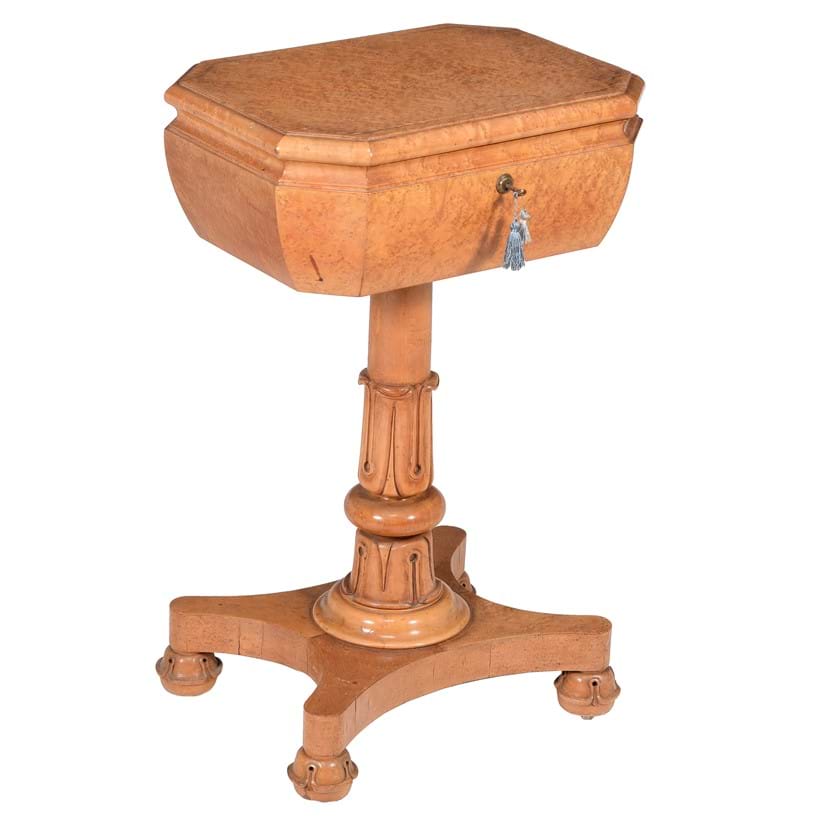 This is a distinctive timber with a pleasant light colour with characteristic spotting and swirls throughout. Lot 74 is a William IV bird's-eye maple teapoy very much in the manner of examples by Gillows, the lid encloses a fitted interior with two central velvet lined recesses for mixing bowls and a pair of flanking lidded canisters, this is supported upon a lappet carved stem and quadripartite platform with concealed cups and castors. In Susan E. Stuart’s seminal work Gillows of Lancaster and London 1730-1840 Stuart remarks that teapoys were produced by the firm from 1814 and were frequently reproduced in estimate sketch books during the second quarter of the 19th century.

Items for the Garden

The sale also includes a collection of 30 items for the garden, this part of the sale kicks off with a part croquet set by Wood Mallets, New Zealand, and comprising six mallets, stamped 3.00 and each with a rectangular head gilt stamped for the maker and The Croquet Association, five coloured balls, hoops, wicket, corner pegs, mallet, and a printed rule book – the mallets are competition standard and each are made to the exact specifications of World Champion player Joe Hogan, each with an overall weight of 3.00 lbs 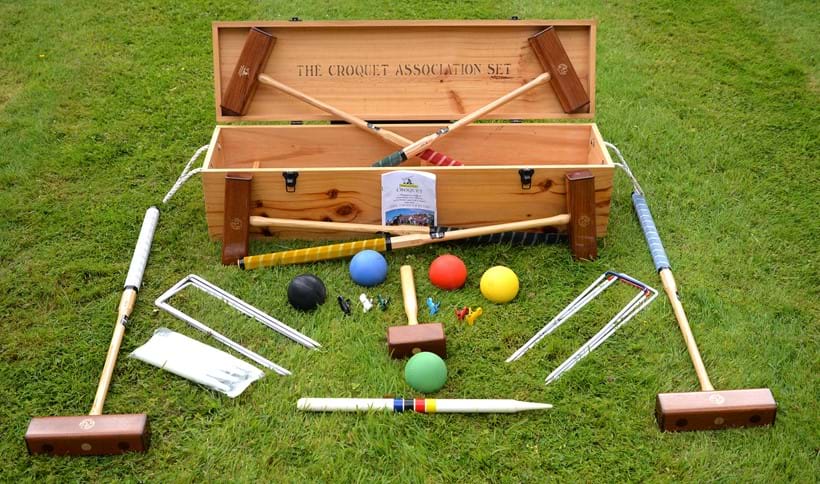 There are also a good selection of garden benches and seats – from Regency examples through to ones of more recent manufacture – Lot 493 is a highlight - a stained wood garden furniture set in the style of designs by Heal's, late 20th century, comprising a table and four armchairs, a useful aspect of this set is when it is not in use the elements all fit together tidily to form a cube and therefore leave plenty of precious patio space. 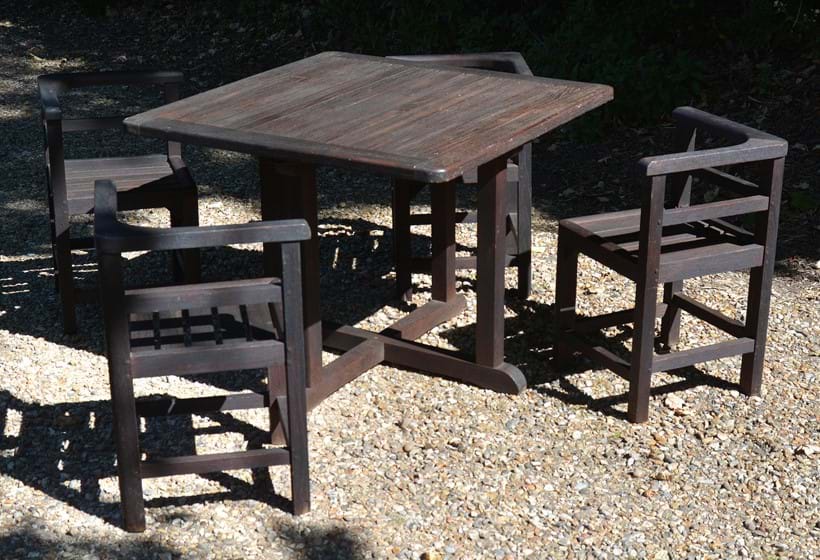