Dreweatts are thrilled to announce the inclusion of a collection of 90 pieces of jewellery by the Italian jeweller Natalia Josca in our auction of Fine Jewellery on 27 November. 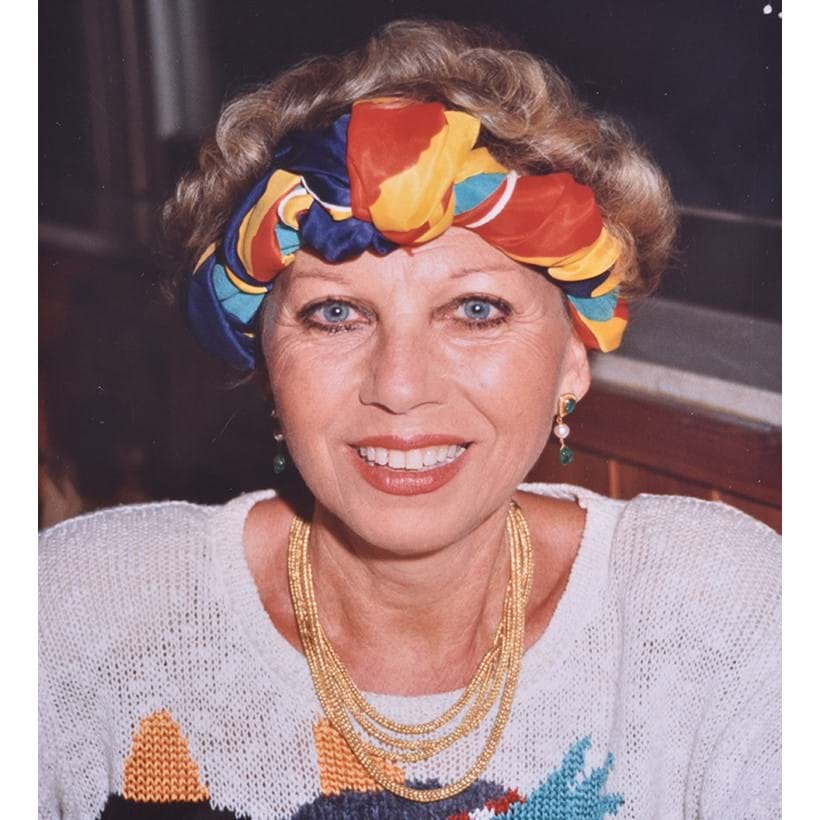 Inspired by her travels and discoveries she came to master the techniques of goldsmithing such as chain weaving, granulation gold work, gem setting and enamelling and went on to fashion truly unique pieces of jewellery in 22 carat gold.

Born in Rome in 1933, it wasn’t until the late 1950s that she met Giuseppe Josca, the journalist whom she would later marry. Hired by the Italian broadsheet Corriere Della Sera, he found himself dispatched to the United States as special correspondent to cover the assassination of John F. Kennedy.

Natalia went too, and they based themselves in New York where they got married at the City Hall in 1964. Over the following three decades they travelled extensively, firstly moving with their family to Moscow in 1969, and then three years later to Cairo where they were to remain for the following eleven years. 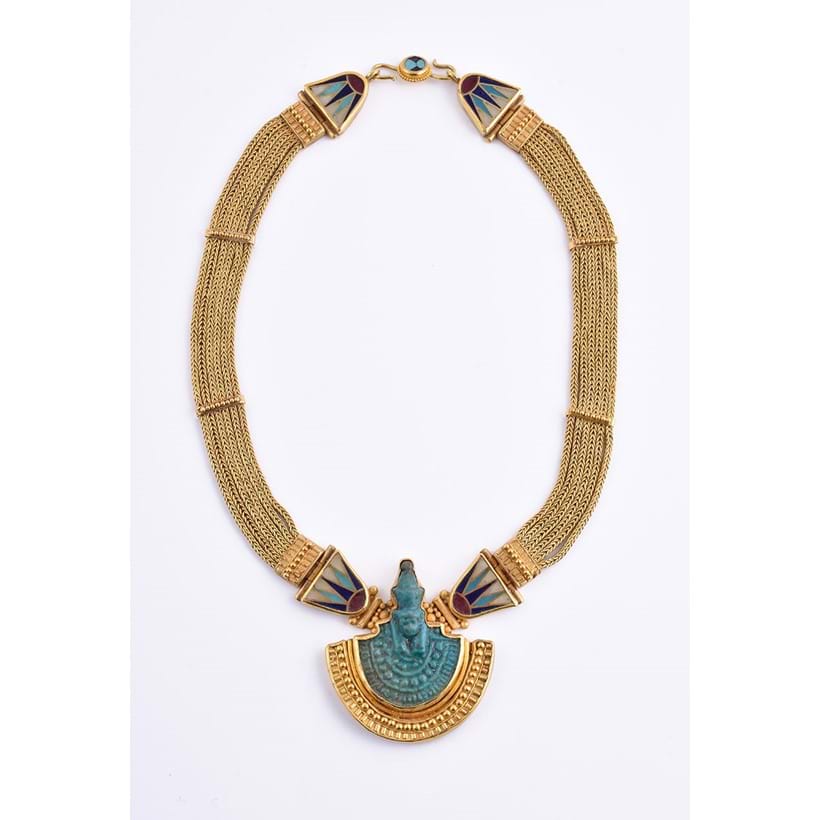 Natalia had begun collecting pieces of silver jewellery in Moscow, but it was what she found in Egypt that really fired her interest and imagination.

In the bazaars and workshops of Cairo she discovered beads, semi-precious stones, ancient Egyptian faience and tribal art. She even ventured into the desert to buy amulets and pieces of jewellery from the Bedouin women.

Almost immediately her finds inspired her to begin to combine and refashion them into items of jewellery she could wear herself, although being as yet untrained, she would often require the help of local goldsmiths to execute her ideas. 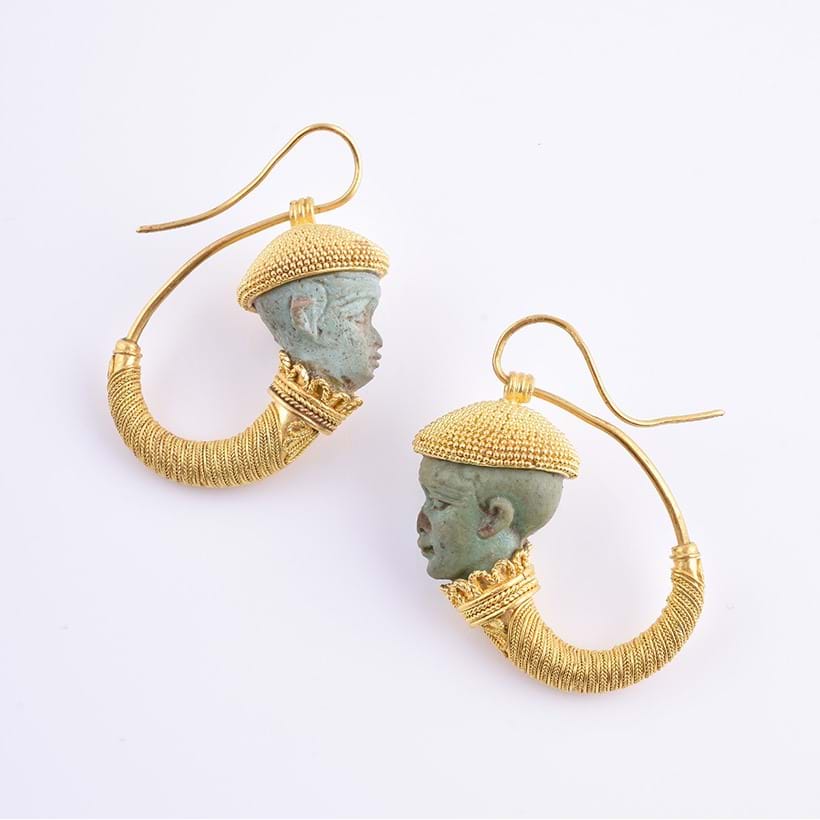 A pair of faience and granulated gold earrings, copies of a pair of earrings made by Castellani now in the Museo Nazionale Etrusco di Villa Giulia in Rome.

In 1985 Natalia returned with her family to New York where she was determined to learn the arts of ancient and traditional goldsmithing. She enrolled at the Kulike/Stark Institute in Midtown Manhattan (now the Jewelry Art Incorporation) and spent the next three years studying under the tutelage of jewellery conservator Louise Parrish.

From the beginning she chose to work almost exclusively in 22 carat gold, and spent many hours in her kitchen trying out ideas, then melting pieces down to start again if they weren’t quite right. 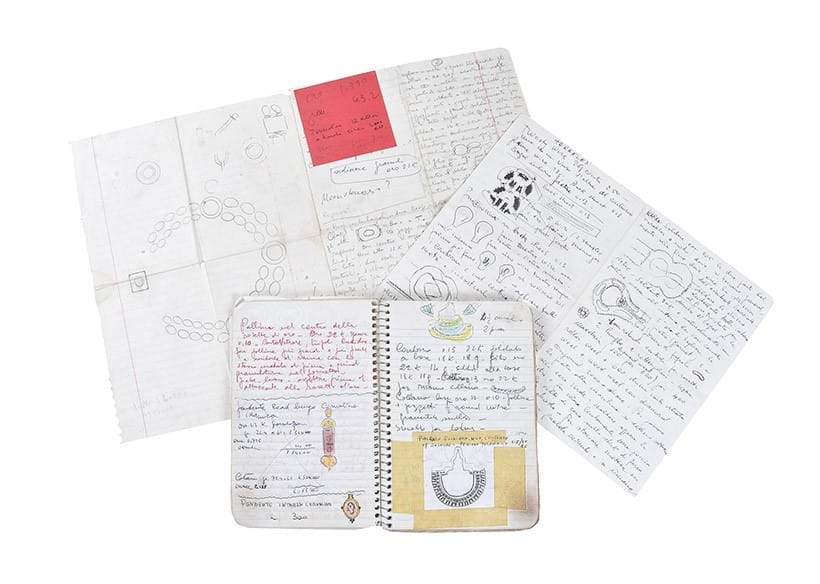 Sketches and illustrations from Natalia Josca’s archive (not included in the sale).

From a kitchen in New York to the world

The exquisite jewellery that Natalia went on to create right up to her death in 2007 was initially designed purely for her own pleasure and to wear herself, although she did exhibit her jewels to the public in New York, Tokyo and throughout Italy.

Whilst many of her jewels utilised the ancient beads, stones, faience and other elements she had collected during her earlier travels, other jewels were inspired by ancient jewels she had seen in museum collections and from her extensive library of jewellery books.

Many of the jewels also utilised bright coloured precious gems such as emeralds, tourmalines, sapphires and coral to create very bold and imaginative pieces. 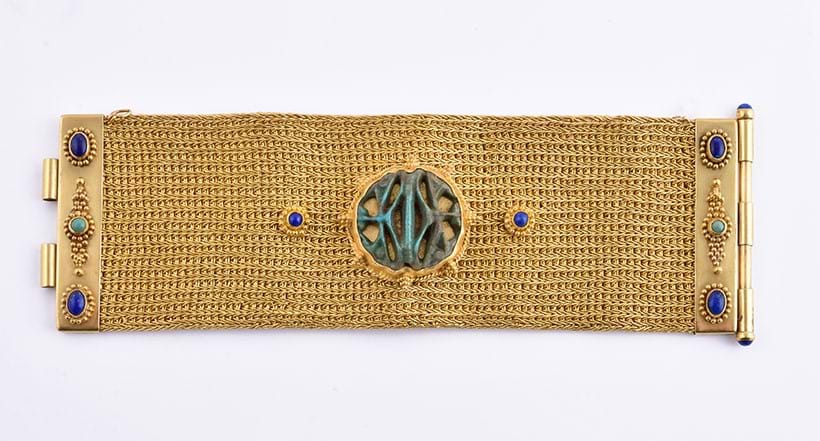 The collection for sale

The collection offered for sale contains some truly remarkable pieces, and we have been lucky enough to be able to refer to Natalia’s original drawings and notes about each jewel.

Her archive relates in detail where the inspiration for each piece came from, how she made it and the constituent parts of each jewel. Indeed, many of her notes read like recipes for creating the perfect jewel.

Alongside the 90 finest pieces, Dreweatts will also be offering Natalia’s personal collection of tribal jewellery and treasures, which were accumulated during her international travels. 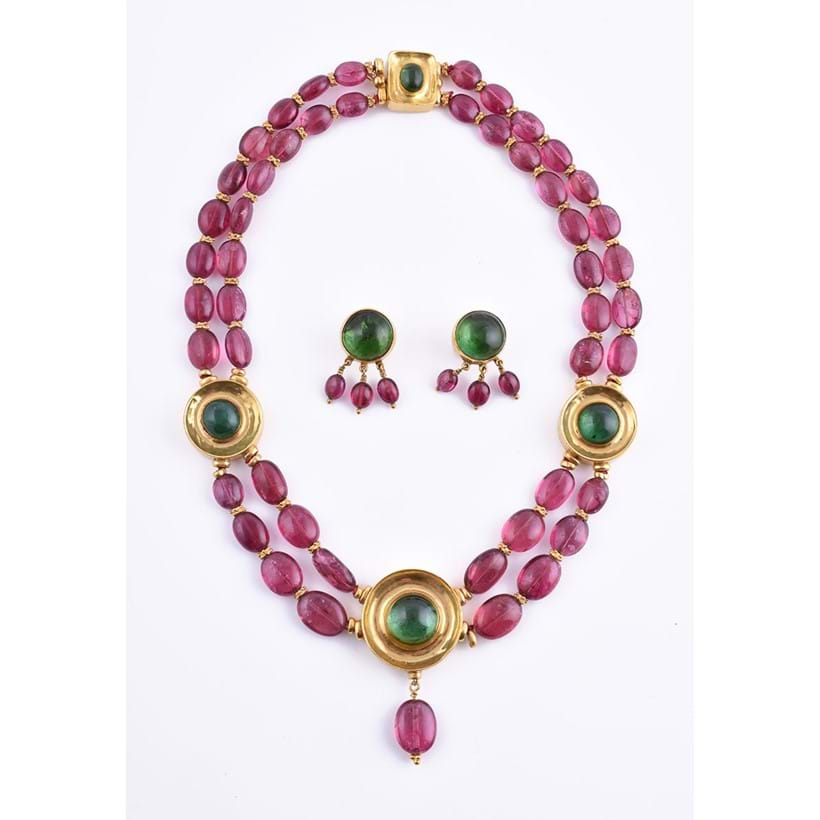 A pink and green tourmaline bead necklace, offered for sale with a facsimile copy of Natalia Josca’s notes on how this jewel was made.