Ahead of the upcoming Fine Jewellery, Silver, Watches and Objects of Vertu sale on 10 July, Adrian Hailwood, Dreweatts’ Senior Watch Specialist, highlights lots 257 and 239 and discusses their importance in space exploration history.

In this, the 50th anniversary year of the moon landing, which took place on 16th July 1969, Omega celebrates their most historic achievement as their Speedmaster ref. 105.012 was the first watch worn on the moon. The Speedmaster was the first watch to be qualified for spaceflight by NASA although it had been worn on previous missions in an unofficial capacity. In 1965 it had its first official mission on Gemini 3 and on the following mission, Gemini 4, it achieved the distinction of becoming the only watch to be NASA qualified for EVA (Spacewalks).

The watch used for NASA’s first spacewalk was a Speedmaster ref. 105.003, and lot 257 in the upcoming auction is this same model. Ed White wore a ref. 105.003 on the spacewalk and Omega collectors have named the model after him ever since. The next reference to be launched by Omega was the 105.012 which is the model that made it to the moon’s surface on the wrist of Buzz Aldrin in July 1969. Included with lot 257 is a framed copy of a telex sent from NASA to the headquarters of Omega USA, which was then distributed throughout Omega’s international offices. Particularly poignant in this anniversary year, the telex discusses the functioning of Buzz Aldrin’s Omega Speedmaster on the moon. The statement was issued as rumours suggesting Aldrin’s watch had not worked during the EVA were circulating. Had this been true it would have tarnished Omega’s most historic opportunity for publicity, so they requested a statement from NASA stating that the watch had performed correctly, and NASAS’s telex confirms that this was indeed the case.

Although the Omega Speedmaster was the official option that does not mean it was the only watch to make it into space aboard NASA rockets. Astronauts were allowed a small amount of ‘Personal Preference Kit’ in the capsule. As they often wore a watch on each wrist as a back-up, and as the astronauts were ex-pilots, a Rolex GMT was a popular personal choice. 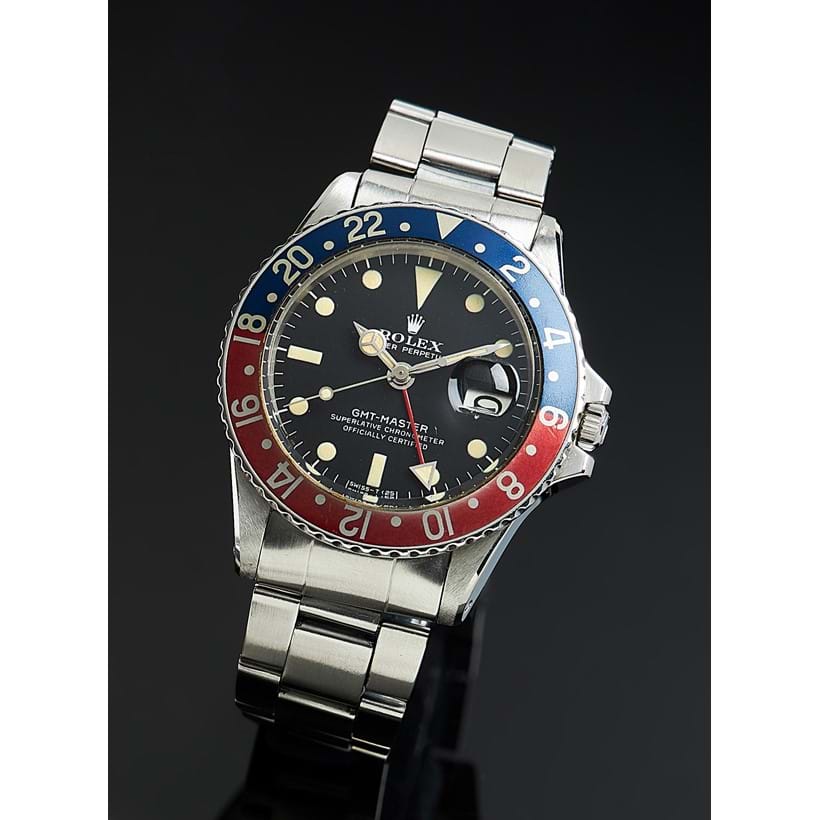 John Swiggert was photographed wearing one, in addition to his Speedmaster, while suiting up for Apollo 13, Edgar Mitchell was seen wearing his throughout Apollo 14, meaning that it is likely that his went to the surface of the moon under his spacesuit, and Ron Evans was seen wearing one on Apollo 17. The GMT they wore would have been the ref.1675 which is similar to lot 239 in the auction making both pictured watches legitimate examples of space exploration history. 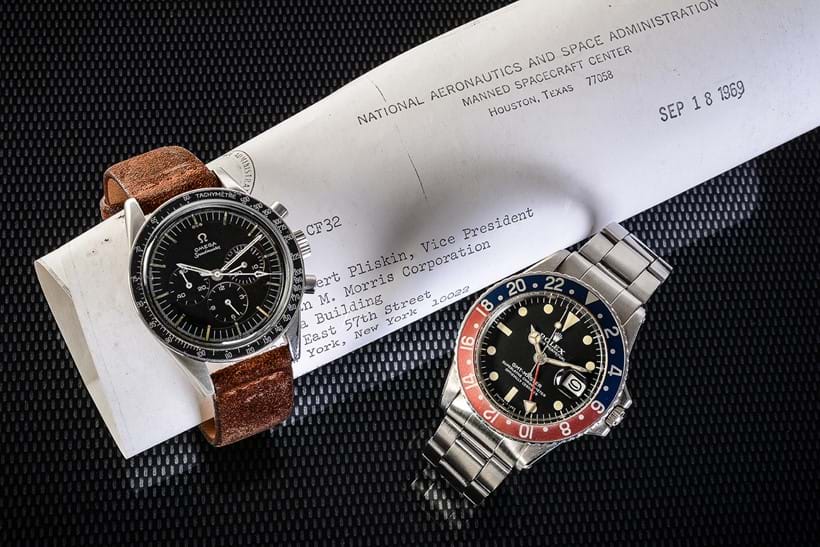