The only working model of Dr. Merryweather's famous 1851 'Tempest Prognosticator' set to go to auction | 2 March 2022

The only working model of Dr. Merryweather's famous 1851 'Tempest Prognosticator' set to go to auction | 2 March 2022

On 2 March, we have our Fine Clocks, Barometers and Scientific Instruments auction, to include weather instruments from Barometer World Museum, Devon. Dreweatts is delighted to offer the only working model in existence of Dr. George Merryweather’s legendary ‘Tempest Prognosticator’, this unique barometer is designed to be powered by leeches! 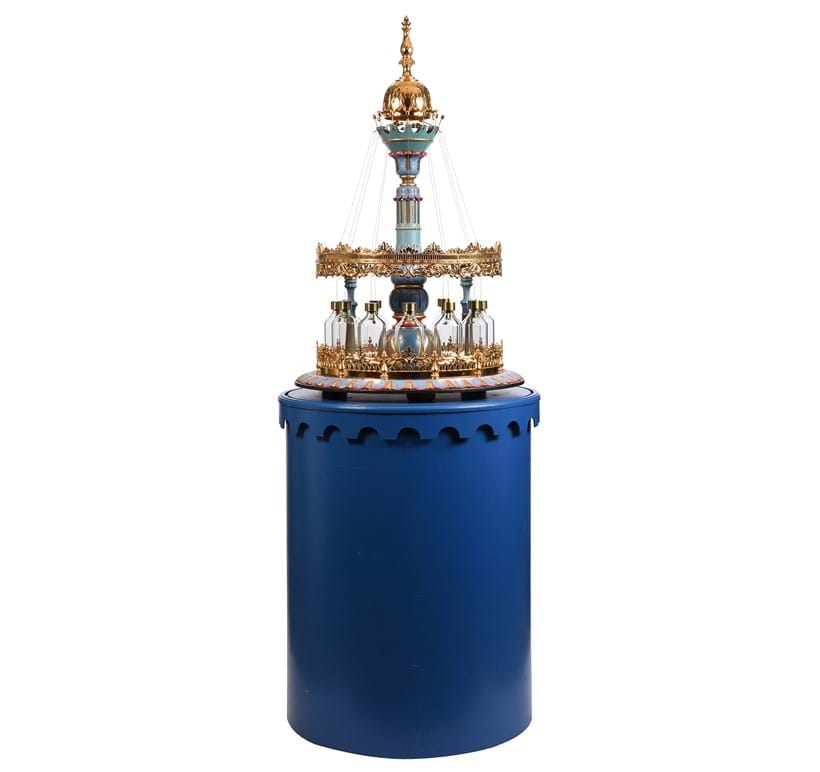 Invented by Merryweather in the 19th century, the barometer features twelve leeches that are kept in small bottles inside the device. When agitated by an impending storm they try to climb out of the bottles, a movement which triggers a small hammer, which clangs a bell. The probability of a storm is determined by the number of times the bell chimes. The barometer is estimated to fetch £10,000-15,000 (+ fees). 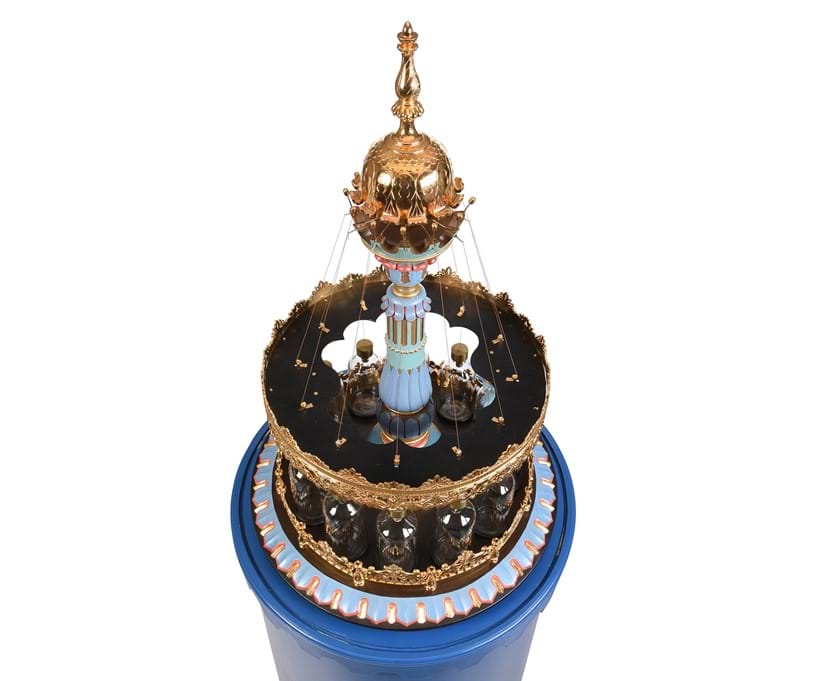 This unique barometer was built by Phillip Collins in the Workshops of the Barometer World Museum in Devon, England, to the exact specifications of Dr. Merryweather’s original design, which was exhibited at The Great Exhibition in London in 1851. It is decorated in the high Victorian Indian manner, making it highly decorative and is fully functional.

Described by the museum as. ‘The most bizarre example of unusual weather forecasting that has been produced’, it was the showpiece of the museum’s permanent collection until its’ recent closure.

Leighton Gillibrand, Head of Clocks, Barometers and Scientific Instruments at Dreweatts, said: “This extraordinary instrument is both testament to the highly inventive Victorian mind who conceived it as a serious solution to a major problem, and the workshop of Barometer World Museum who have painstakingly reconstructed the only fully working model known to exist. The sheer quirkiness and impressive visual qualities of the Tempest Prognosticator would make it the centre-piece of any serious private collection of instruments or ‘cabinet of curiosities’ .  It is after all the ultimate conversation piece!” 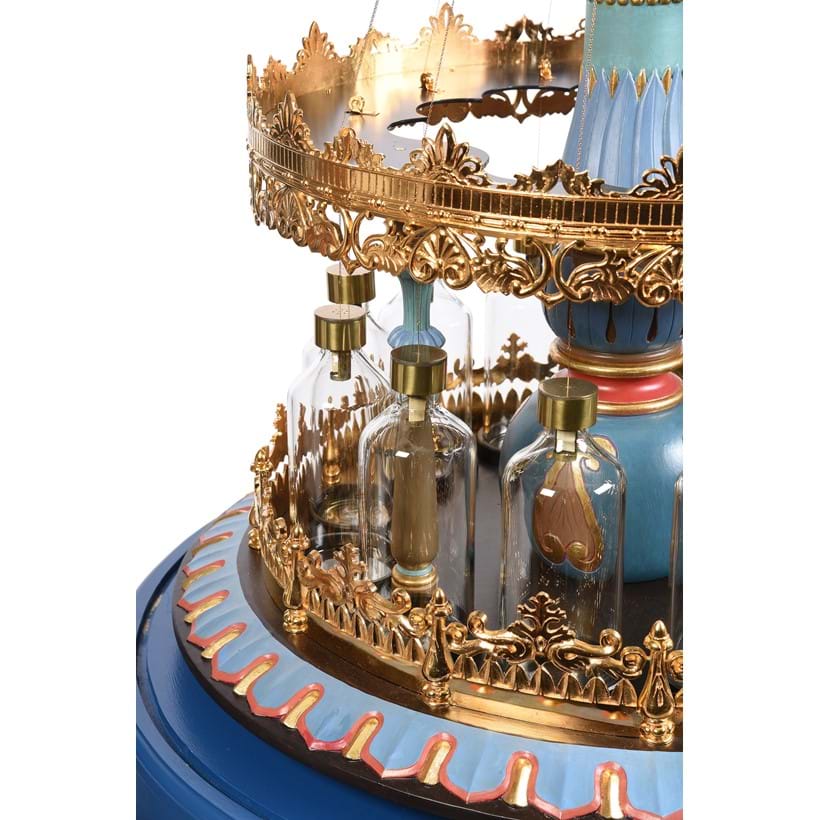 About Dr Merryweather and his 'Tempest Prognosticator'

Dr. George Merryweather, a resident of Whitby, also curated the town's museum between 1840 and 1861. Being a medical doctor, Merryweather was fascinated by leeches and sought to harness their apparent pre-determined instinct to escape water prior to a storm to create an instrument that would serve to predict stormy weather. During 1850 he developed what he termed the 'Tempest Prognosticator' or to give it his full title the 'Atmospheric Electromagnetic Telegraph conducted by Animal Instinct'.

Merryweather's design comprises a glass of one pint capacity filled with water to a depth of around one inch. Into this a leech is placed. The cap of the bottle is fitted with a bone flag which is carefully held in place by tension of a chain (caused by a small counterweight on the bell hammer to which the other end of the chain is attached) rising from the bottle. When stormy weather is due the leech, driven by instinct, will exit the water and seek to escape through the top of the bottle. In doing so the animal releases the bone flag 'trap' causing the hammer to pivot against its counterweight and sound on the bell.

In order to test his theory, Dr. George Merryweather set-up a prototype and sent letters by post to Henry Belcher, President of the Whitby Literary and Philosophical Society, every time a storm was 'predicted'. The posting of each letter recorded both the date and time of the prediction and through this process, Merryweather satisfied himself of the machine's effectiveness.

Several models of Merryweather's Tempest Prognosticator were proposed to suit all budgets with maritime applications being suggested however it would appear that only one highly ornamental model was built for display at the Great Exhibition of 1851. This model incorporated twelve jars thus provided a 'jury' of leeches to preside over storm prediction.

Dr. George Merryweather described his invention and the process behind its development and experimentation in his 1851 publication: An essay, explanatory, of the tempest prognosticator, in the building of the great exhibition for the works of industry of all nations, read before the Whitby Philosophical Society, February 27th 1851. From this work, which also includes a good detailed engraving of the instrument exhibited at Crystal Palace, Phillip Collins sought to build an accurate reconstruction as a centre-piece for Barometer World Museum in Merton, Devon. Over the course of three years every element was built from scratch including hand blowing the tempered glass bottles and casting the elaborate gilt bras galleries from hand-carved patterns re-created from the engraving. The frame is made from solid mahogany and painted in the 'Indian' manner as described in contemporary descriptions. The resulting exhibition quality instrument is testament to these efforts and the legacy of Victorian eccentric ingenuity.