To start 2023, we have our two-day Interiors auction. The sale includes selected items from The Olivier Collection, from Airlie Gardens, the Holland Park home of Edwardian artist and traveller Herbert Olivier (1861-1952).

The house in Airlie Gardens was the former home of Herbert Olivier and has passed through his family for several generations. The artist was the uncle of Sir Laurence Olivier who was a regular visitor.

It’s high ceilings and elegant interiors were lined with the artist's own pictures. Full of light and colour, the pictures were painted in a British Impressionist style. Many of these works depict the gardens of the families former home at La Mortola on the Italian Riviera and the garden of the travel writer Dame Freya Stark in Assolo, while others are important exhibition pieces. The picture collection will be coming up for sale at Dreweatts on 2 March, but in this Interiors auction, there is also a lovely selection of 36 lots of furniture and works of art from the collection. The furniture is an eclectic mix dating mainly from the 19th century and encompasses items one might expect from an Edwardian artist and traveller, notably items of both Continental as well as British manufacture, sitting harmoniously in the interiors he created for himself. Here, Head of Sale, Ashley Matthews picks out some of the highlights from the collection. 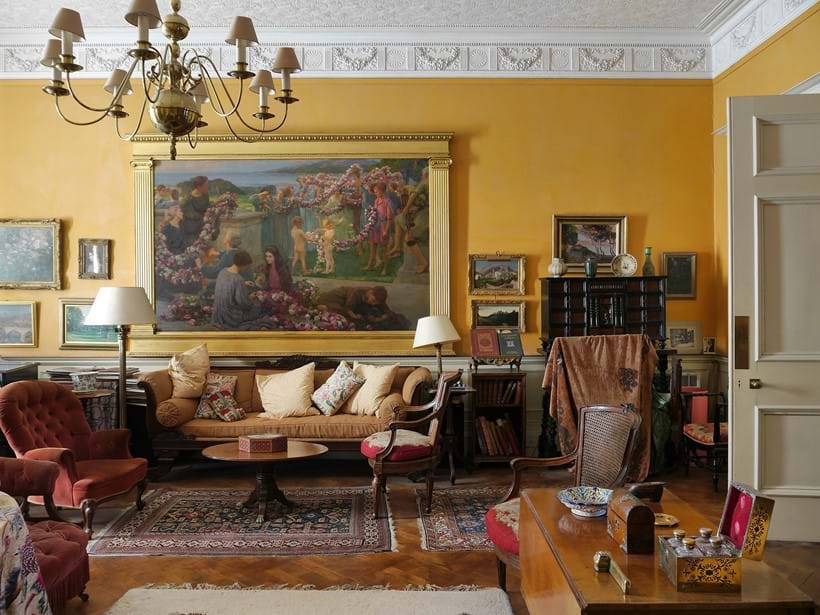 The first thing we are going to look at is Lot 2, a Pilkington Royal Lancastrian lustre vase decorated by the artist William S Mycock. The vase is of globular form and is decorated in Arts & Crafts taste with the body ornamented with foliate scrolls, flower heads and latin motto 'Lideat concerdere Veris' (Let the truths come together). Pilkington is best remembered for their range of lustreware such as this item here, produced in the early part of the 20th century. In 1913, on seeing a private collection of lustreware that belong to Lord Derby, King George V was so moved as to grant the factory their Royal Warrant. 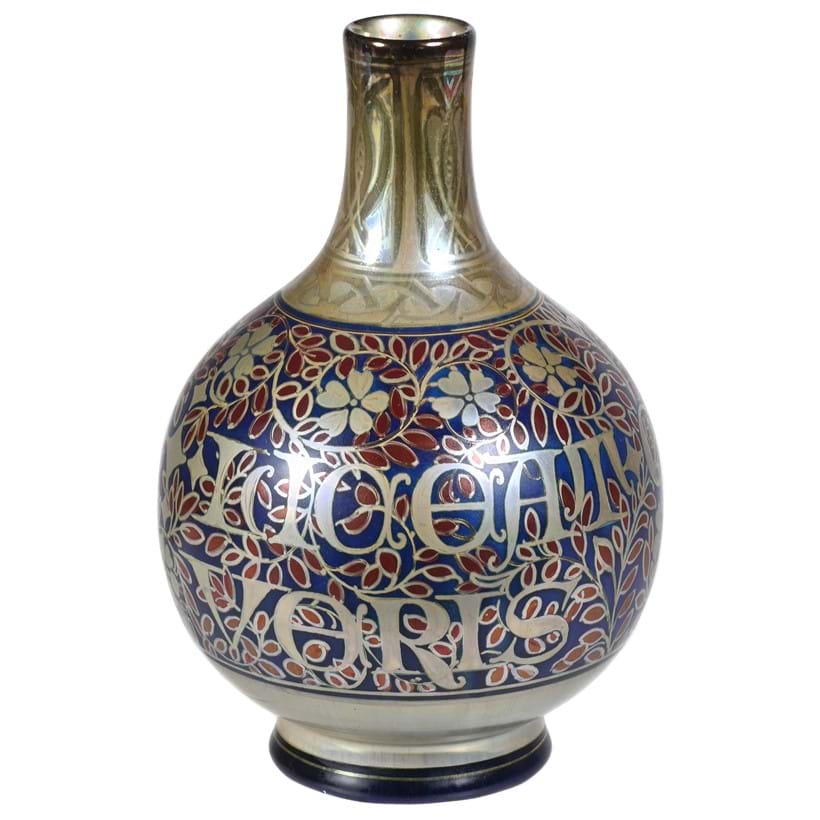 We then have lot 9, a George IV mahogany folio stand, probably dating to circa 1830.  This is of typical slatted form with each supported on a ratchet action running in the grooves of the outswept legs allowing a range of versatile positions. The top is elevated on turned end supports and with cup feet and brass wheel castors. Although called a folio stand this doesn't have to be used for large books - these are often a feature of country house libraries to display collections of antique prints and etchings. 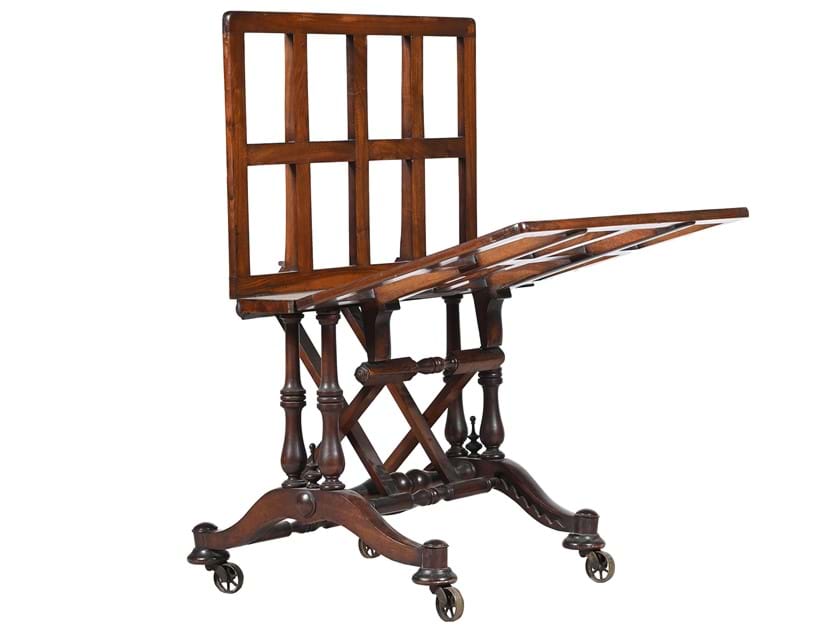 Another highlight is Lot 30, an Edme Samson model of a caparisoned elephant, this is made by the famous (or perhaps infamous) factory in Paris where many copies of European and Asian works of art were made. Here we have an impressive model of an Elephant, modelled marching with head forward and lifted, a rug upon its back and tail tucked in. It stands at 37cm high and is 65cm long. 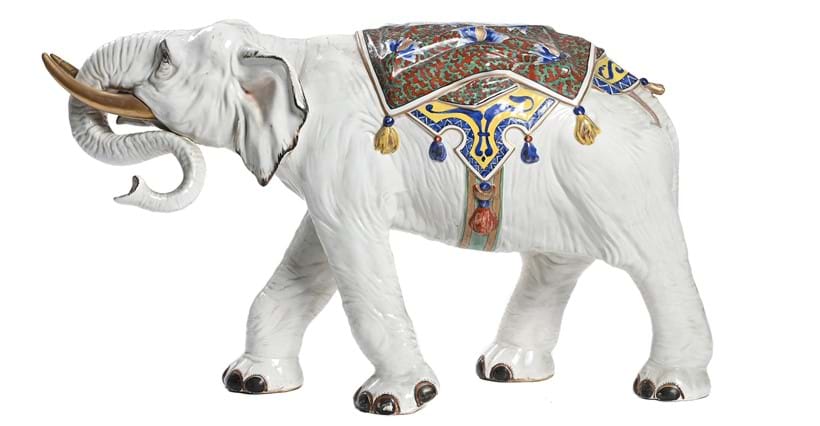 This Edme Samson model of a caparisoned elephant previously belonged to Dame Freya Stark (1893-1993). Freya Stark was a travel writer and great friend of the Olivier family. The most well-known portrait of her is by Herbert Olivier and is in the National Portrait Gallery. 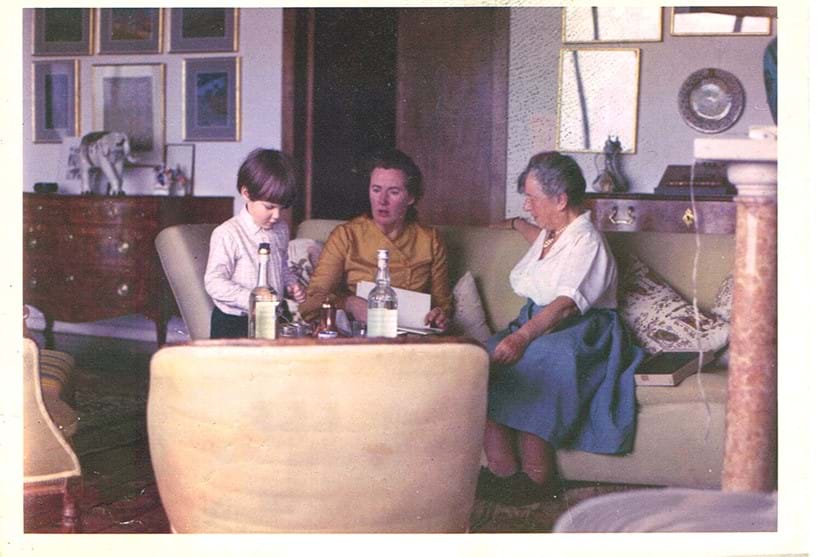 Right: Dame Freya Stark (1893-1993), with the Edme Samson model of a caparisoned elephant in the background

Lot 3 is a charming Victorian walnut bookcase, probably mid 19th century, this is of rectangular outline and is of narrow 'bedside' proportion and therefore allows the owner to keep a selection of their favourite books without dominating a room - ideal for a bedroom or smaller sitting room. The walnut veneers feature characteristic burr figuring that is so sort after in walnut of this period. 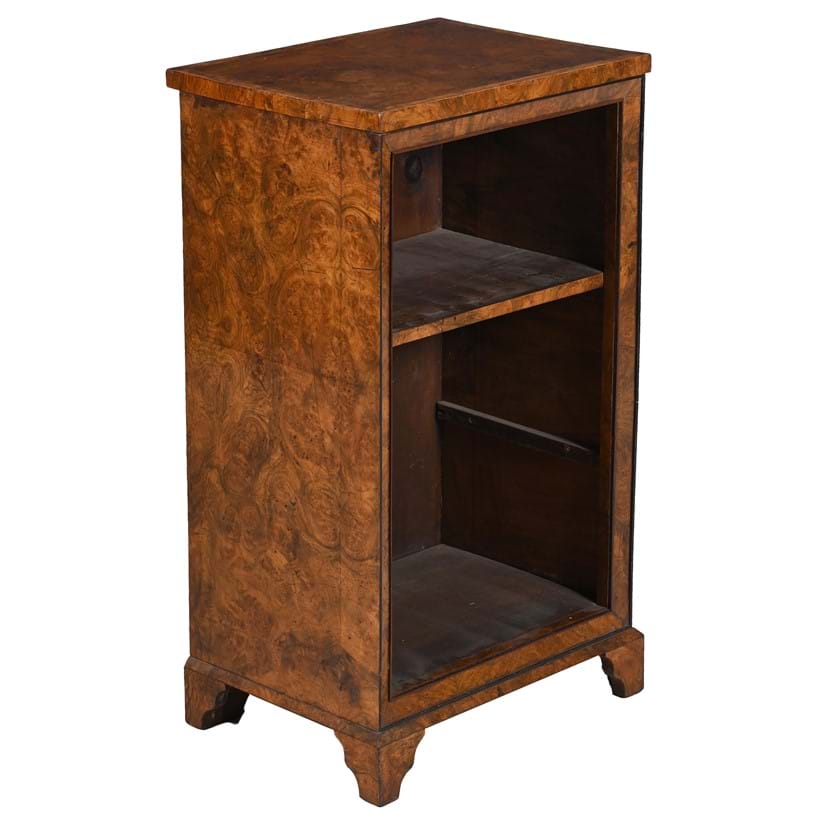 The collection also includes a suite of seat furniture (Lot 16), comprising a settee and six chairs. Almost certainly Italian, the backs of each element with a lyre motif and sabre legs. Probably originally designed for a salon, this versatile arrangement could just as easily be used to bring a homogeneous feel across an interior by using the settee and chairs across a number of bedrooms or through a hall and landing - bringing elegance and class to whichever rooms are chosen. 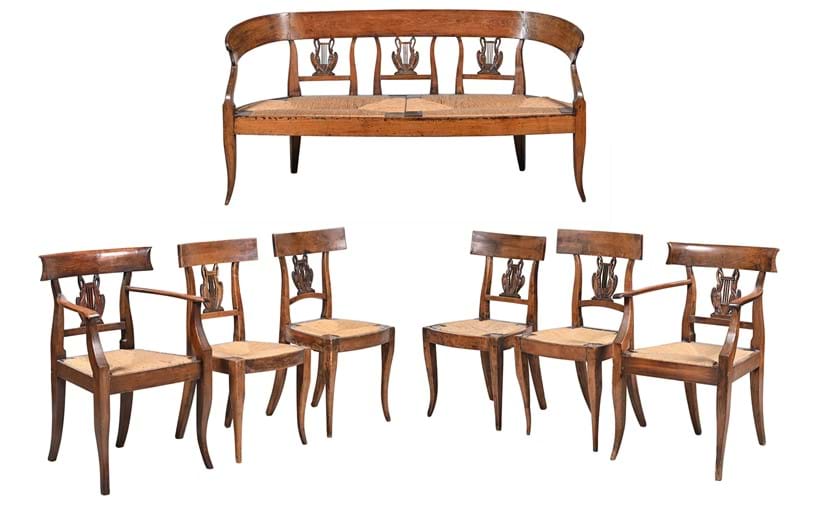 Additional furniture and works of art from the collection will be sold in our Fine Furniture, Sculpture, Carpets, Ceramics and Works of Art auction on 29 March 2023.