Announcing a highlight from Jewellery, Silver, Coins and Medals, to be held on 14th August 2018

Gladys Helen Rachel Montagu (née Goldsmid) (1879-1965) was from the Goldsmith and Rothschild banking families and she married Louis Montagu, the second Baron Swaythling, himself a scion of an influential banking family and a prominent member of the British Jewish community. In 1917, along with Lionel Nathan de Rothschild and Sir Philip Magnus, Louis co-founded the anti-Zionist League of British Jews. Lord Swaythling was president of the Federation of British Synagogues until 1925. 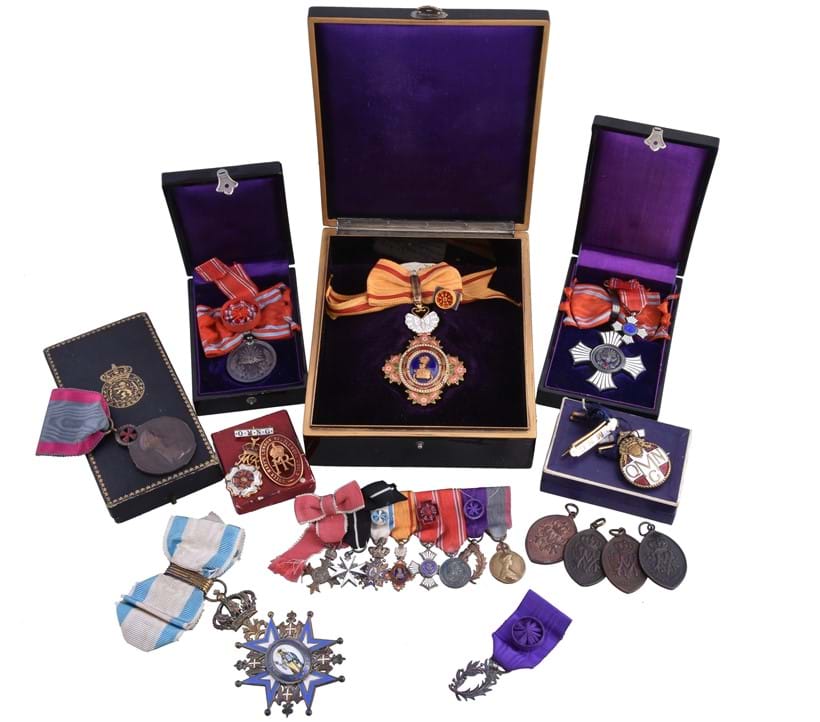 She carried out much philanthropic and voluntary work, particularly with the Red Cross, forging important links with the Japanese government from the Great War until the outbreak of the Second World War. She was also chair of the Wounded Allies Relief Committee, established to provide convalescent homes for wounded Belgian soldiers.

Lady Swaythling’s charitable work is reflected in the medals and important associated ephemera offered here. A large collection of her papers is kept at the University of Southampton, a city with which she had close links and where she carried out much of her work. 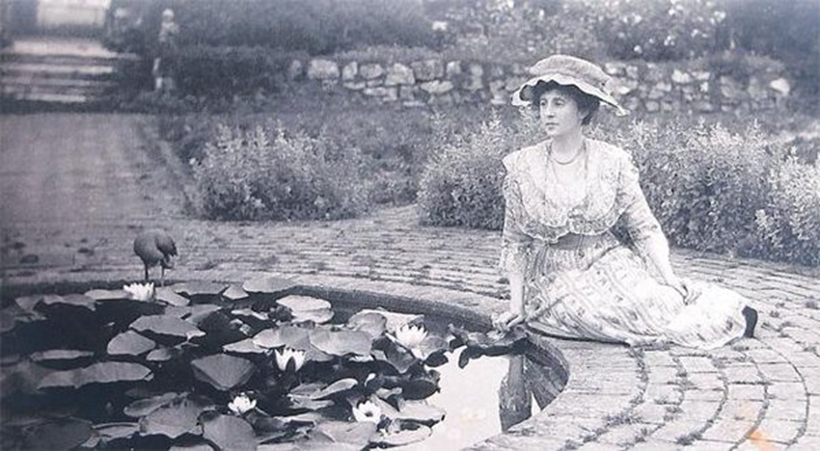 Lady Swaythling in the garden of Townhill Park House, designed by Gertrude Jekyll

Samuel Montagu, 1st Baron Swaythling, purchased Townhill Farm in 1897 for his son Louis. The Manor of Townhill dated from the 16th century when it was granted to Sir William Paulet by Henry VIII after the Dissolution of the Monasteries in 1536. The farmhouse was turned into a private home in the late 18th century and the estate became known as Townhill Park. Extensive modifications were made to the manor house in 1912 by the architect Leonard Rome Guthrie and the gardens, laid out by Gertrude Jekyll, were particularly noted for their rhododendrons, azaleas and camellias. The family lived at Townhill Park House until the mid-1940s.

Lady Swaythling had four children, one of whom, Ewen Montagu, wrote The Man Who Never Was, an account of Operation Mincemeat – the successful British deception to disguise the 1943 Allied invasion of Sicily – which was made into a successful film. Another son, Ivor Montagu, was a filmaker and Communist activist during the 1930s.

These medals and associated letters have been consigned by her family; her CBE and Order of St John medals have been retained.