Coming up in our Transport Sale on 20 April, we have The Late Mr. Russ Titford's Collection of Stationary Engines and Traction Engines (Lots 85-96). These wonderful twelve models were built by the late Mr Russ Titford of Essex.

Throughout the United Kingdom, Russ was well known in model engineering circles for his building of exhibition standard stationary engines, and other to scale models. Many of these were built from drawings and castings supplied by Anthony Mount, one of his closest friends. The collection being sold includes a model of the 1862 Maudslay Columnar Engine, originally built for the 1862 Exhibition at South Kensington. Russ was inspired to build a model of this engine after seeing it displayed at the Science Museum in South Kensington. He was immediately impressed by its sheer elegance and beauty. Unfortunately the engines situation in the museum and it being contained within a glass case, meant that it was not possible to conductively photograph the engine or meaningfully examine it as he would have liked, however he was undeterred. 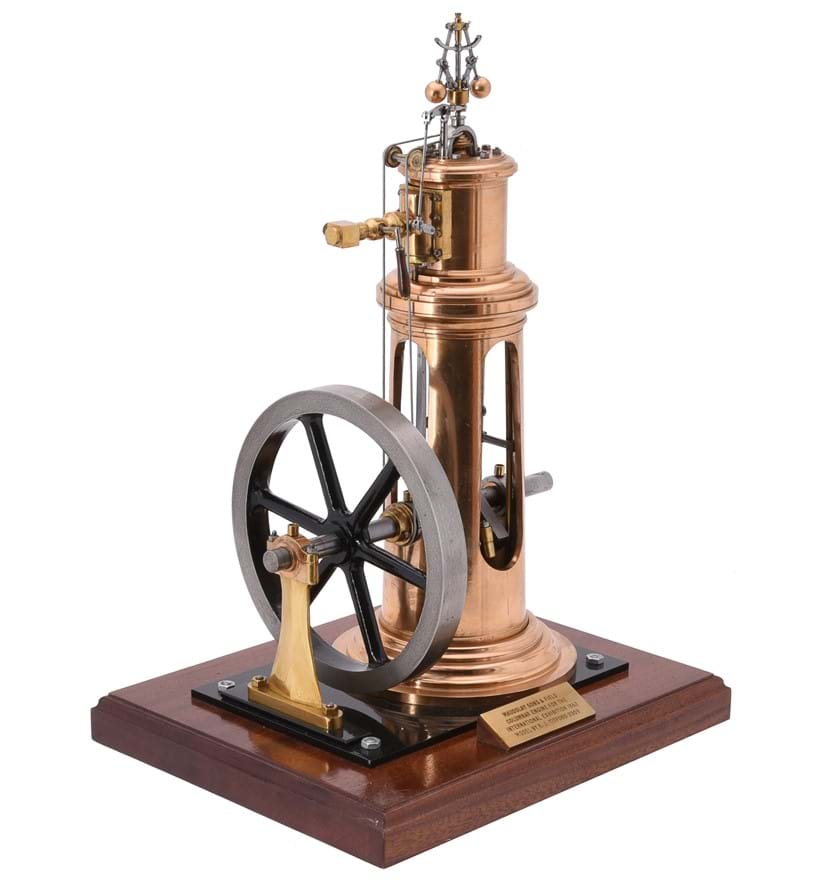 “I was very fortunate to be able to interest Anthony Mount, that great authority on historic engines, in the project, he too wanted to build it and in due course, from the scant information available, produced a set of working drawings, he also made the patterns for the castings involved and arranged for their productions at his chosen foundry.

The engine building commenced and it took six months of continuous effort. I've no idea how many hours were involved but I didn't manage to get a summer holiday. It was not without problems, but consultation with Anthony in most cases produced an immediate solution although I must admit some took a touch longer! Anyway I am well satisfied with the result and it has been run on air and works well at about 10-15 psi. I am indebted to Anthony Mount for his encouragement and undoubted ability” - The late Russ Titford 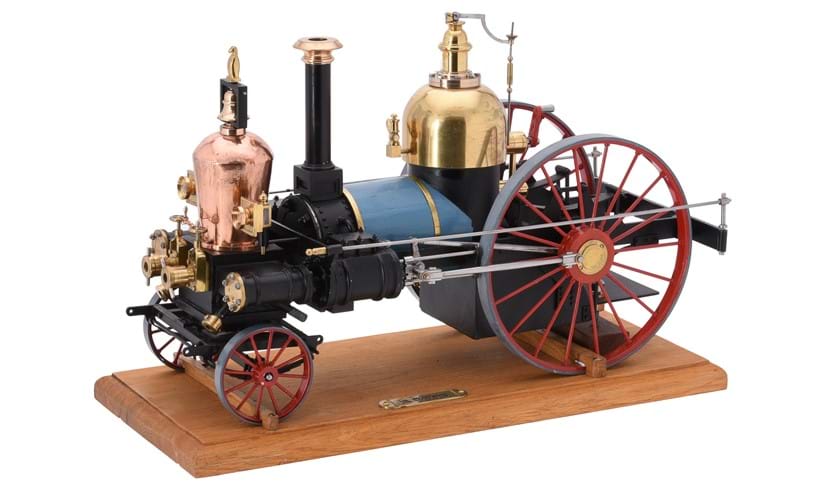 Other highlights from the collection include Lot 90. This is an exhibition standard approximate 1 inch scale model of the first steam fire engine built for New York City in 1840. It was built to the designs of an English engineer called Paul Rapsey Hodge. The engine is self-propelled but steerage was by a leading horse.

The model was researched and built by the late Russ Titford from a watercolour held by the Science Museum Picture Library. The model was exhibited at The National Model Engineer Exhibition at Alexandra Palace in 2017. 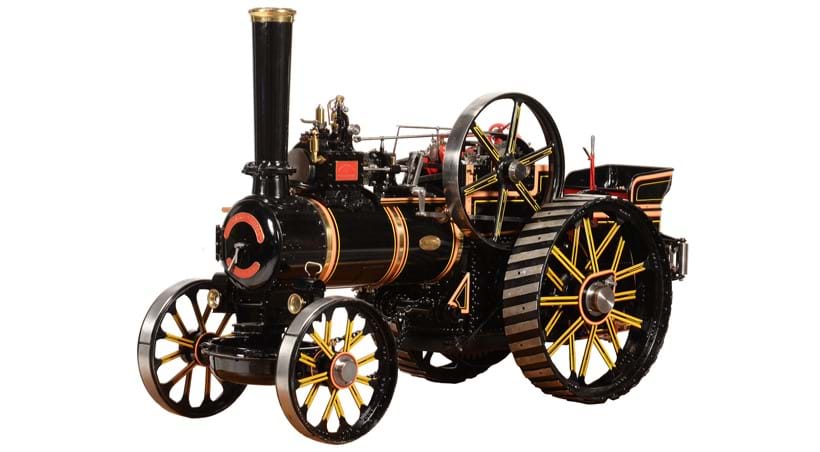 We also will be offering Lot 93, this exhibition standard, bronze medal winning model of a 2 inch scale Fowler A7 agricultural traction engine. This was built by the late Mr Russ Titford from M. J Engineering castings and drawings.

These agricultural traction engines were used on farms up until the 1930's for general agricultural work and in particular threshing work in farmyard. The model finished in black and red lined paintwork with polished bright-work and fitted road lamps.