An Introduction to the Phillip Lucas Collection, Spitalfields House | 2 December 2021

Highlights | The History of Western Script: A further selection from The Schøyen Collection | 7 December 2021

Watch the video | If Pictures Could Talk: The Art of Green's Restaurant and Oyster Bar

In 1959 the firm celebrated its 200-year anniversary. To mark the occasion, Evelyn Robbins, Wages and Sales Clerk, wrote this 90 line poem about Dreweatt, Watson & Barton. Giving us a snapshot of office life in the 1950's, we are introduced to some of the people who worked at the firm. 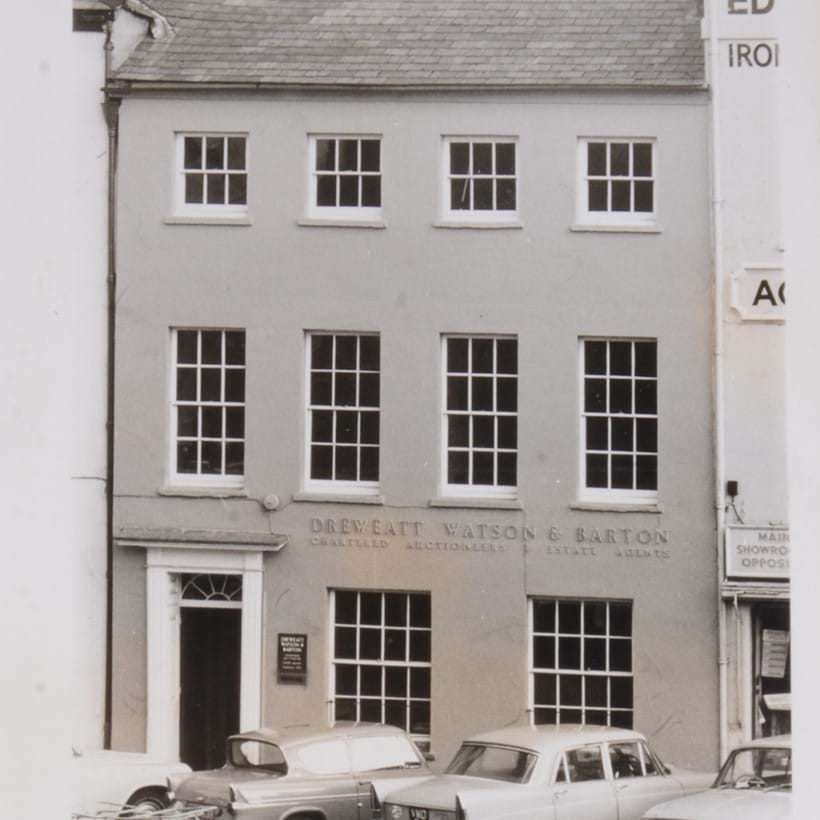 It is now two hundred years ago
That a man from Abingdon did come
And open’d a shop in the Market Place
And made Newbury his home.

Thomas Davis was his name
And in this building he had one aim
An upholsterer and Brazier by trade
As an Auctioneer his success would be made. 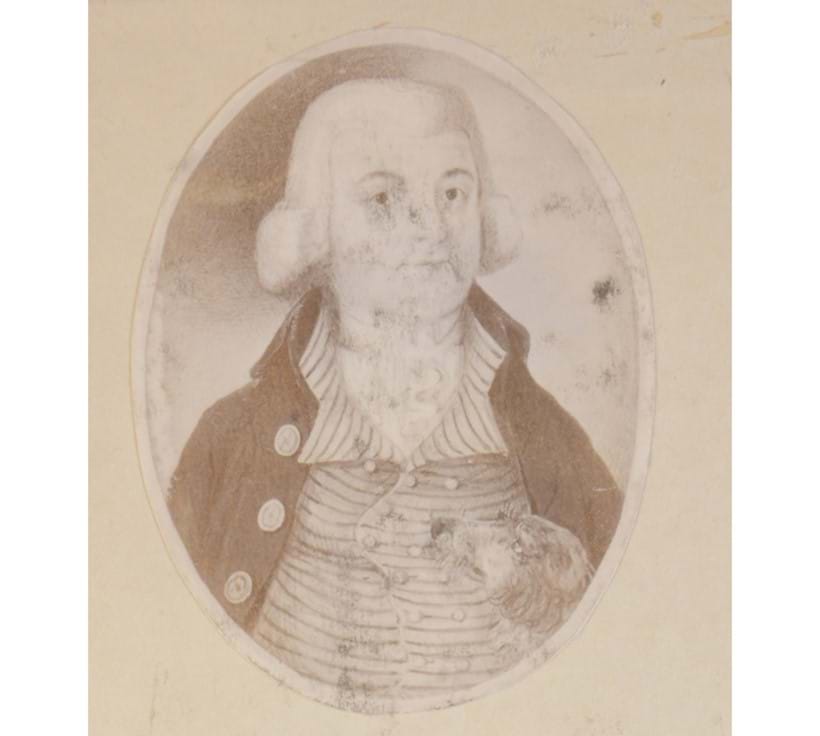 But could he know that even today
Business would flourish in the same old way
The town has changed in this stretch of time
But the house is still there, and in its prime.

But what of the business the modern way
The hustle and bustle that makes every day
No longer do horses take the staff to a sale
They rush out in cars, and at speed hit the trail.

And what of the staff, have they changed very much
Did they work like we do, or more easily as such.

Of the staff of today, now let us surmise
And think what they would have done, in a similar guise.

Can you honestly picture C.C.H.
In breeches and bowler, and the rest that it takes.
Saddling up in the Saleroom, and preparing his horse,
To go out, with Miss Cloke up behind him of course. 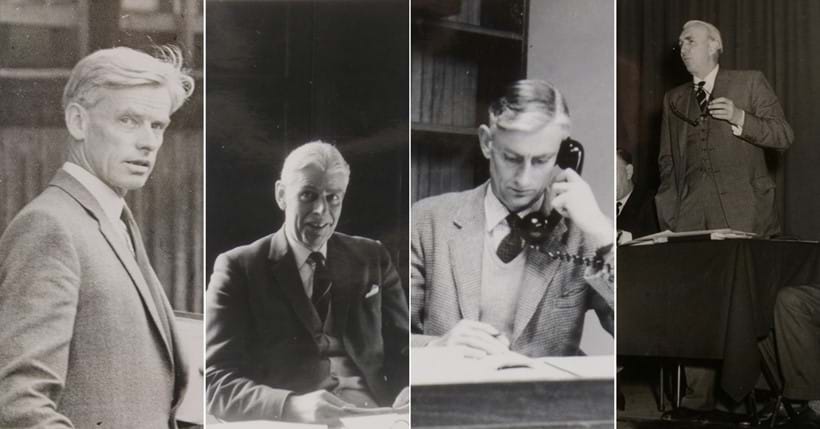 But what of Mr. Cole,
For him, what a bore.
Where would one find a horse,
To do eighty or more.

For C.W.B. we’d need horse and a carriage
For sale goods can so often be awkward to manage.
For Mrs. Parrs pots, and Mrs Pratt’s toys,
Would take more room than is flattering to Mr. B’s poise.

I am sure there is one who’d have been quite content
To travel on horseback, as they went.
Mr. Michael, I mean, would take life at its leisure
And do Miss Burder’s inventory, purely for pleasure.

Next from the office would be D.H.B.
He’d take to this, and happy he’d be,
Surveying the countryside, astride of his mount,
Pausing here to observe the Fatstock account.
So many more entries and subs he’d collected,
And so much more money that he had expected.

We wonder if Hardy at 8 would ride in
Park his horse in the Market Place and then quickly nip in
To visit those regulars he sees every day
And decide whether Reading’s at home or away.

But to come up to date and things as they are
With the office so busy with work from afar
Many more staff than in those first days
Now we’ve telephones, typewriters, and bills that Fred pays. 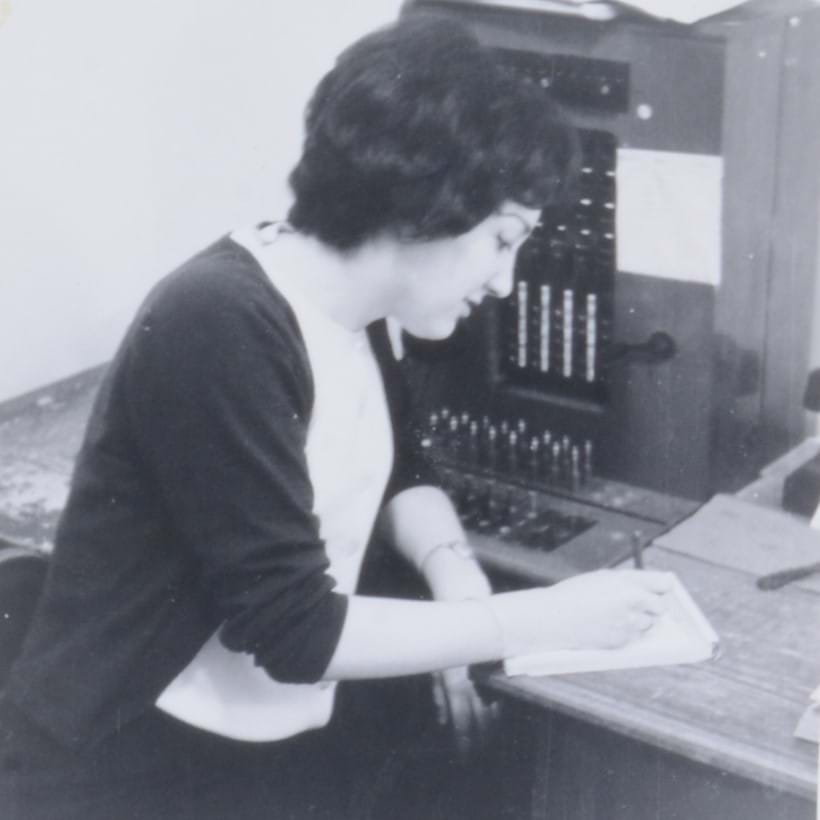 A famous number is 'Newbury One',
At nine the phone rings and then we have fun.
The leads and the plugs, who cares where they go,
The temporary help doesn’t, that I do know.

But to look for a moment, and cast a stray eye,
Around all the rooms in the office that lie,
As we enter the door, on the right there’s a sign,
“Enquiries” it says, so we knock and go in.

Pushing open the door, it is easy to see,
That this is indeed, a right place to be,
Amid catalogues, sale books, and telephone plugs,
Sits Miss Curtis and telephone, the floor bare of rugs.

Through we go and there we behold.
Scrooge on his pedestal, shivering and cold.
‘Have the light on, Mr Hardy’, we helpfully remark,
But no, he just sits there, and writes in the dark.

The cupboards are locked, the desk is bare,
Yet rubbers and pencils all jostle in there,
Does rubber rot, and do pencils get woodworm,
They might as well get it, they’re not used by this firm.

Next we pass through the passage, and climb up the stairs,
And visit the typists, assembled in pairs.
First there’s Miss Gosling, of N.F.U fames,
The one they all see about Insurance claims.
Pick your way through the heaters and next one discovers,
Miss Orchard reading all about passionate lovers. 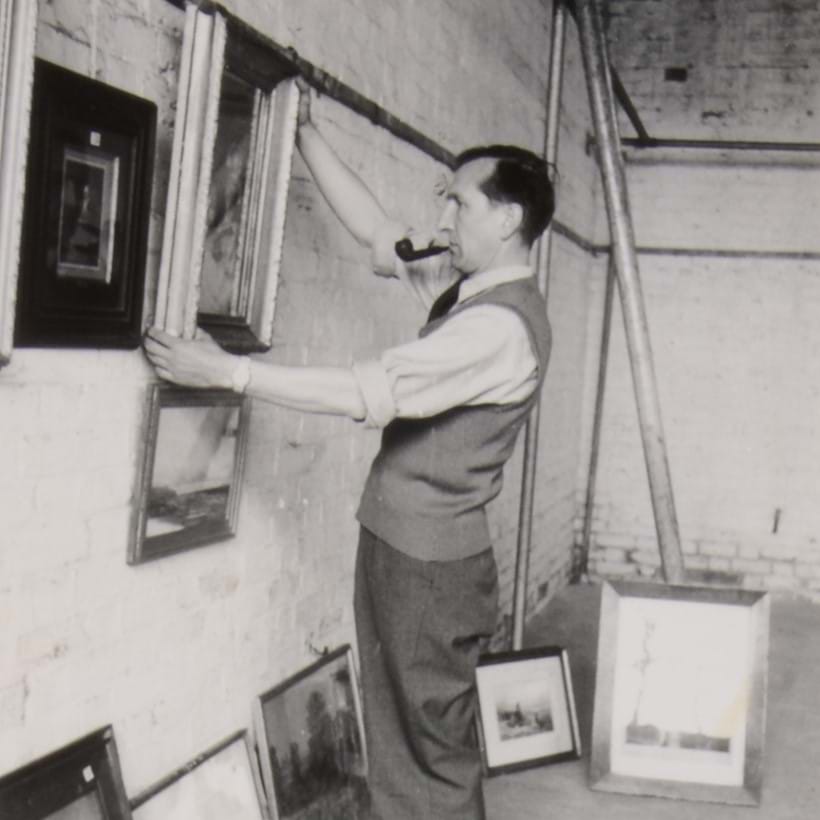 Next we arise to the room at the top,
Can’t get any further, so here we must stop,
We pause and listen for a while,
But it’s only Mr. Hooper, shouting for a file.
Now Margaret comes dashing, full speed ahead,
And runs down the stairs, with a statement for Fred.

But there is one other who must get a mention,
Who works in the Saleroom, with all good intention.
Don Martin’s the chap, who gets all in a tuzzle,
When he goes to a sale and sees Mrs. Uzzell.

So this is the firm that’s survived, it’s quite clear,
Through the troubles and hardships of many a year.
So let’s drink a toast to D.W.B.,
And please do not put the blame for this on me.’

From the archive of Desmond Barton 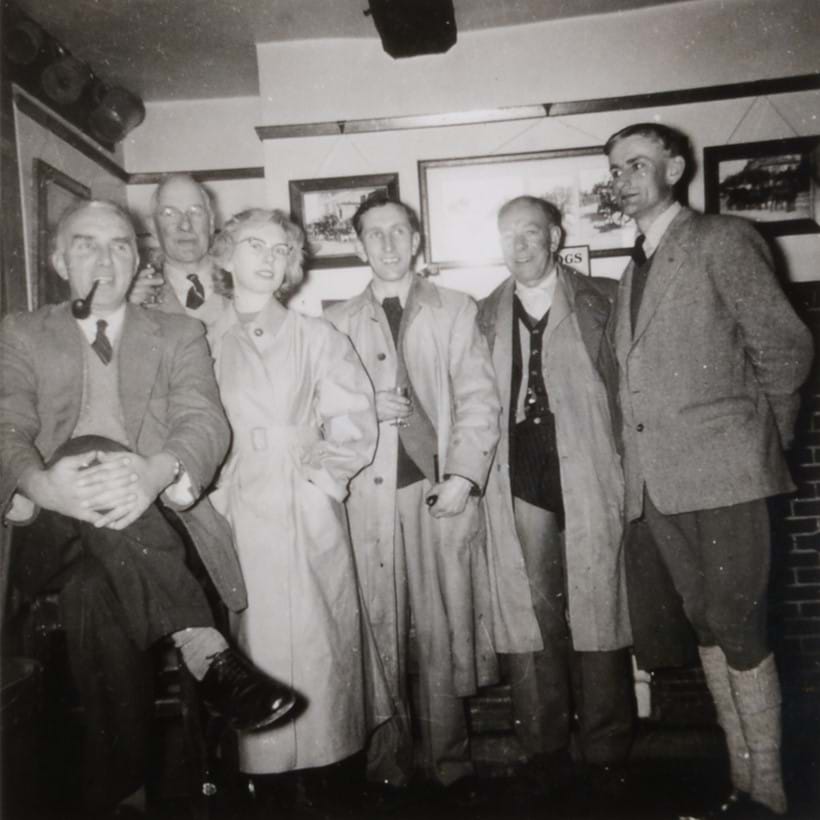