Dreweatts has been appointed to sell the collection from Flaxley Abbey in Gloucestershire, former seat of the Crawley-Boevey Baronets. The auction will be hosted at Dreweatts Donnington Priory salerooms on 3 October 2022.

Flaxley Abbey is a house with an inescapable feeling of history and warmth, the contents a fascinatingly eclectic selection of works of art, furniture and pictures which have been inherited, collected and worked on by owners, architects and designers spanning over 500 years. The collection works like a needle thread not only through the history of the house but also provides a window into that iconic country house style of the 20th century. 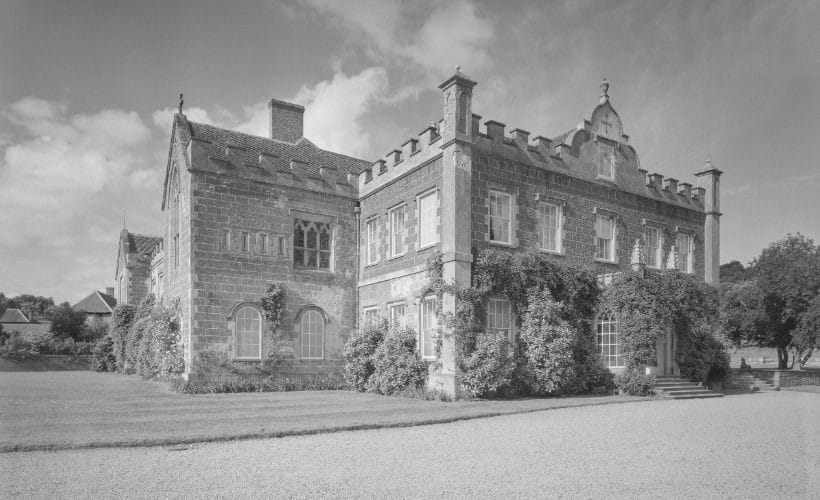 A Collection Forged by Time

Flaxley Abbey was originally founded in 1151 as a Cistercian monastery by Roger Fitzmiles, 2nd Earl of Hereford, and allegedly founded on the spot where his father, Milo, died during a hunting accident. The monastery came under royal protection during the reign of Henry II and was used as royal hunting quarters. Since then the estate has had many owners – each leaving an indelible mark over generations. After the dissolution of the monasteries in 1537, the abbey was granted to Sir William Kingston, Constable of the Tower of London, the superintendent at the execution of Queen Anne Boleyn. It was Kingston who gradually began the process of transforming Flaxley into a well-appointed manor house. 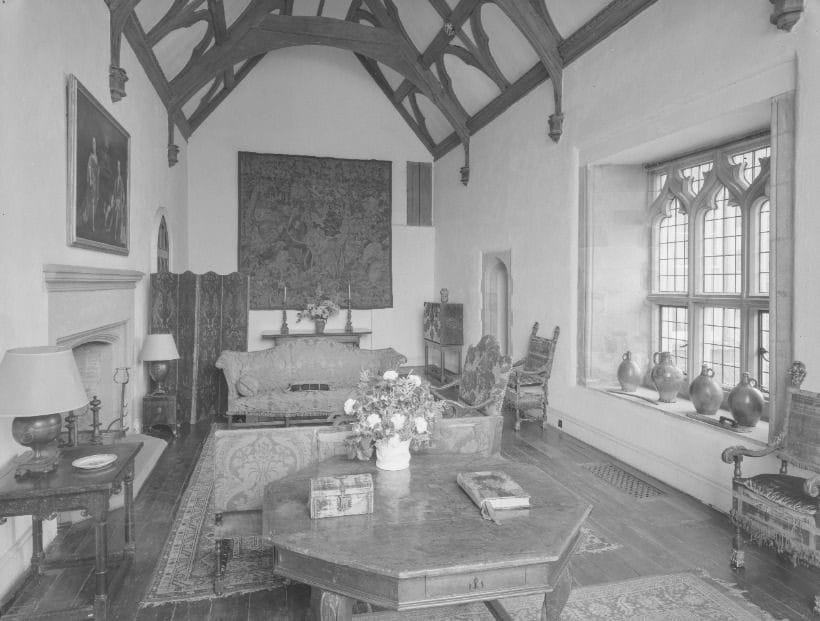 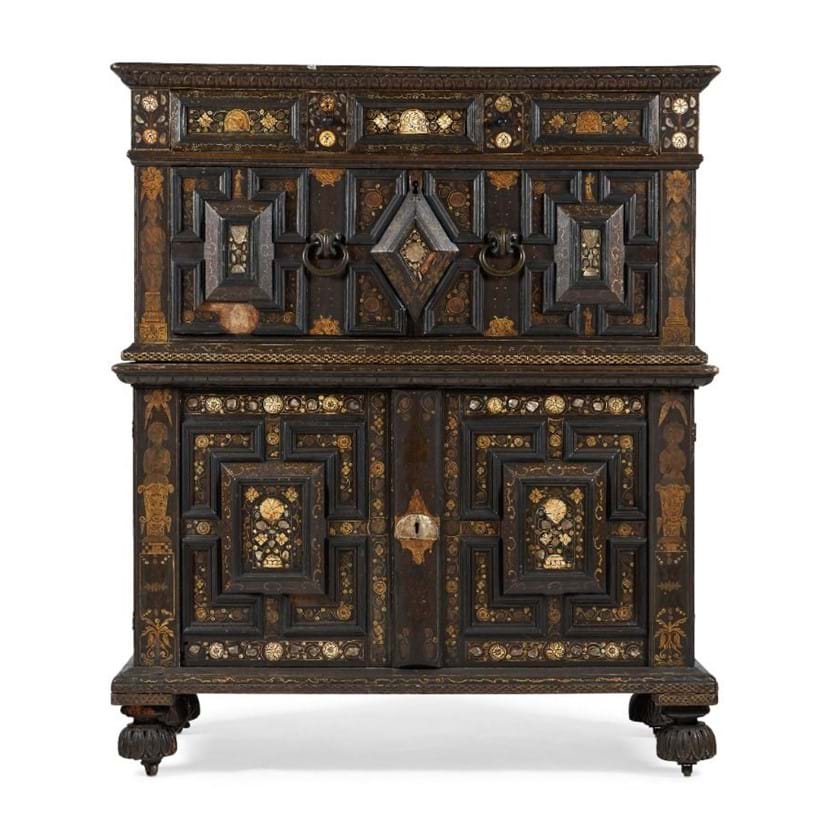 The estate was purchased in 1648 by the London merchant, lawyer and philosopher James Boevey (1622–1696) and his half brother William, thus beginning a custodianship which would last the next three centuries. Later, due to a short marriage between Catherina Boevey and William Boevey (James Boevey’s son), the house passed to a cousin Thomas Crawley who changed his name to Crawley-Boevey upon his inheritance in 1727. 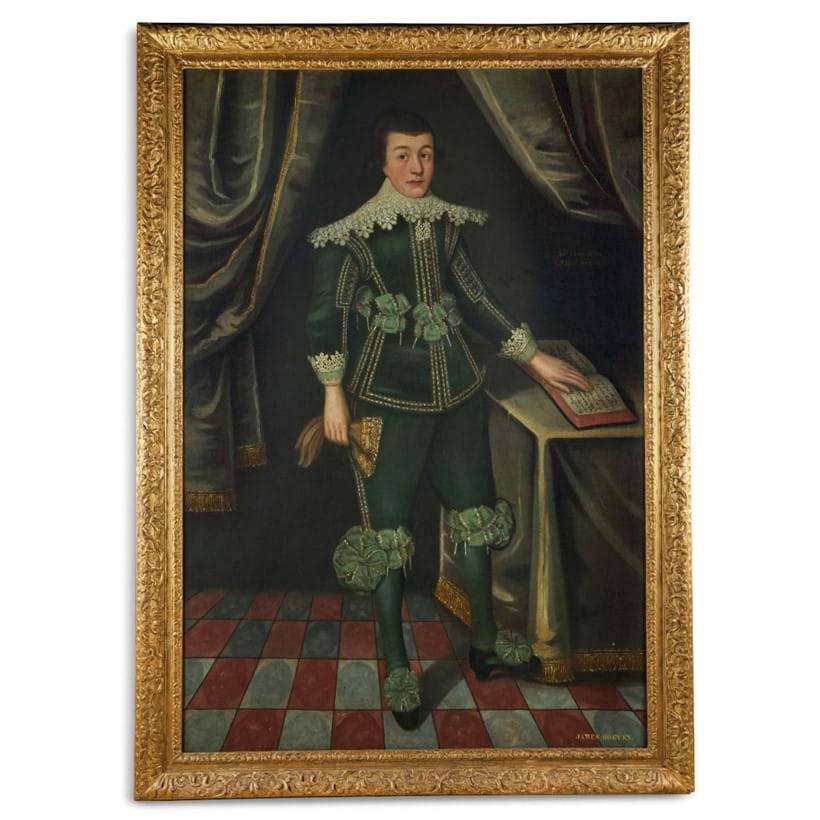 The Crawley-Boevey Baronets were created in 1784. During this time the house was substantially rebuilt to the designs of architect Anthony Keck. It is to successive generations of this family to which Flaxley owes its fascinating collection of Old Master portraits. The Crawley-Boeveys retained the house until 1960 when it was sold and the contents offered at auction. Many of the items in the original sale were bought back by the new owners, including the Flaxley sun dial, keeping the history alive. 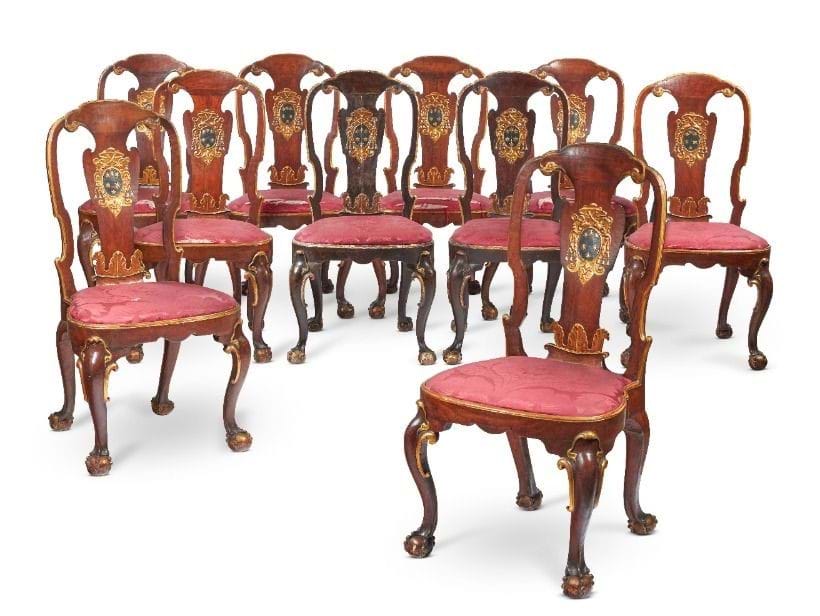 Under new ownership, an extensive restoration was carried out including interiors redesigned by Tony Award winning theatre and set designer Oliver Messel, one of the iconic figures of twentieth century design, whose romantic, whimsical, and wholly original style has influenced a generation of architects and decorators. 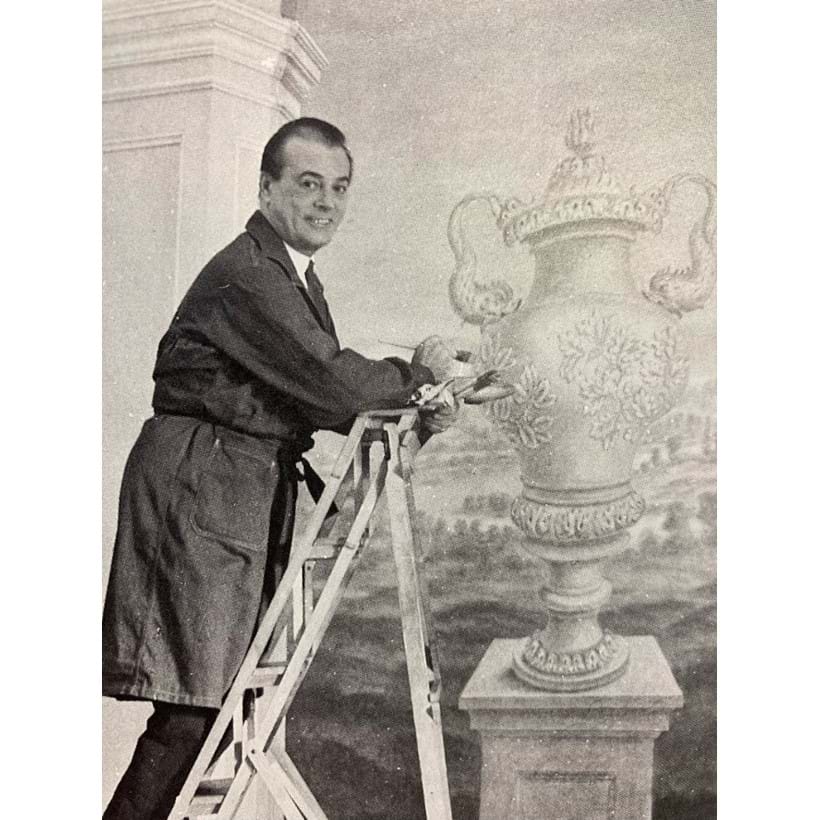 Alongside the Messel Suite at the Dorchester hotel, and his extensive architectural work on the islands of Mustique and Barbados, Flaxley is one of his most important and complete commissions. 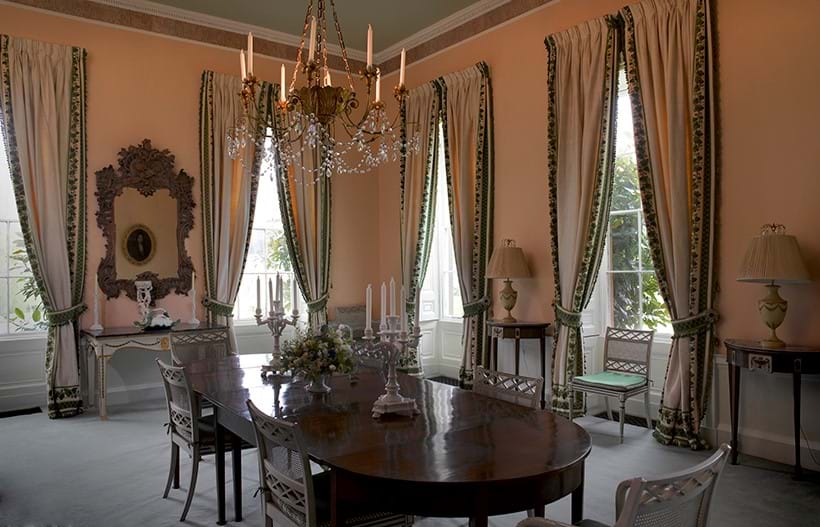 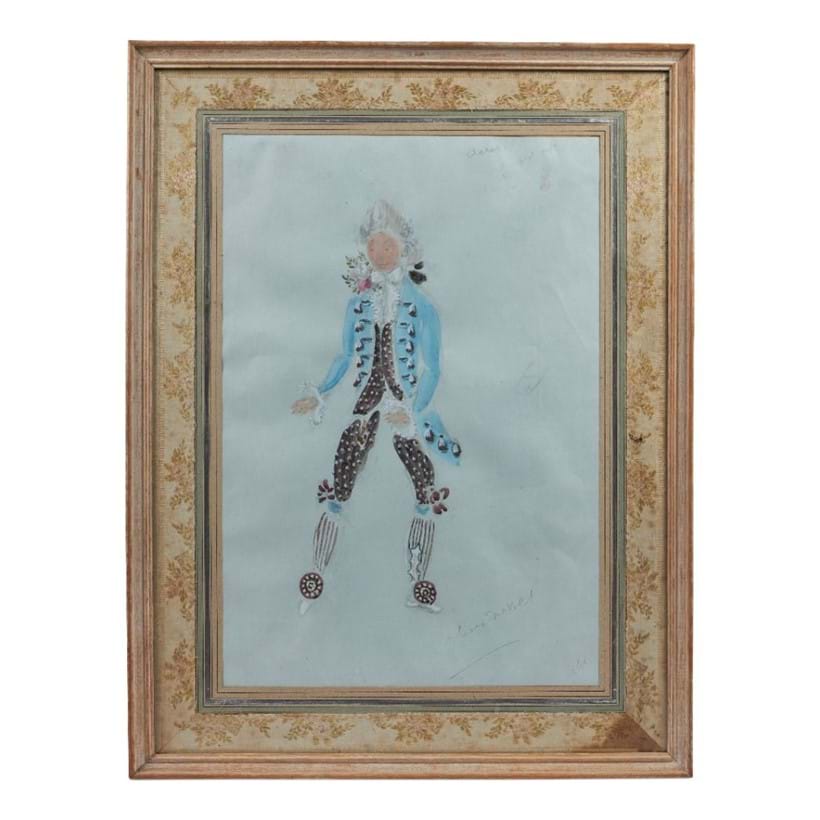 Messel was known for his acute eye for detail, un-relinquishing vision and design flare; with Flaxley, he would display these traits in abundance, creating interiors with such style, colour and captivating atmosphere. For Messel, Flaxley Abbey was a stage and it’s interiors were a set on which to enact 500 years of history. 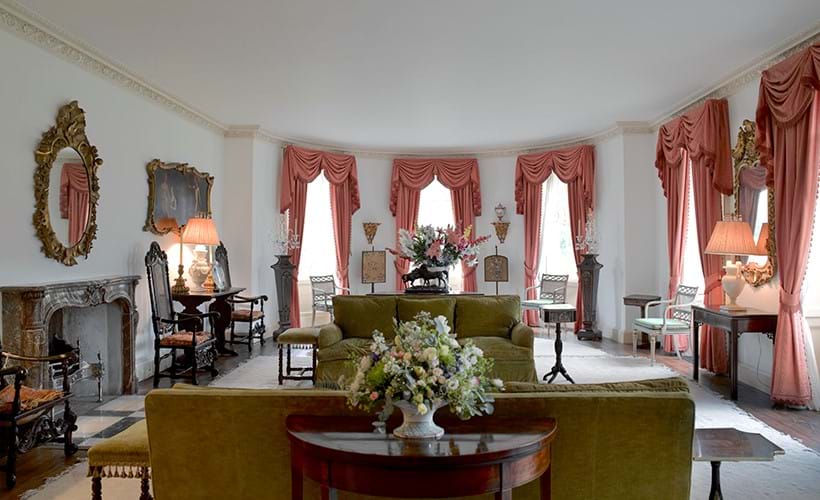 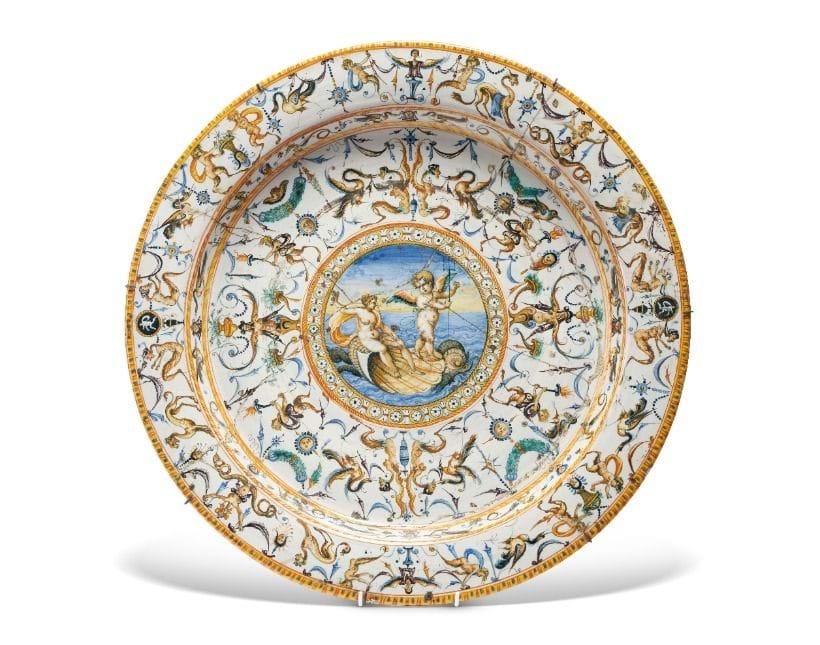 Due to the eventual friendship with the new owners and his unwavering drive for perfection, Messel supplied a substantial number of items from his ancestral homes, Nymans, Holmstead Manor, Lancaster Gate and his London home on Pelham Place with specific placements or hanging schemes in mind. This is where they have remained for the last 60 years. This sale therefore not only represents a commission for, and style of, an influential designer but it also presents a fascinating insight into the private collection of Oliver Messel and his family. 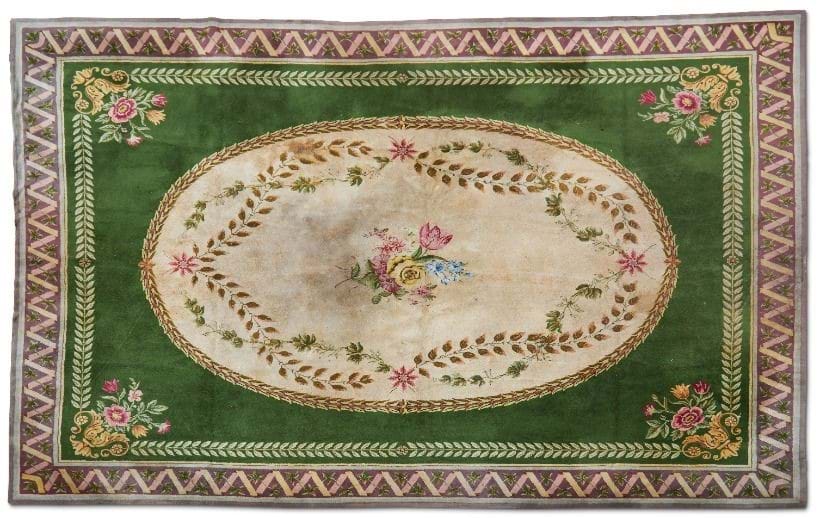 The dispersal of collections often reflects an end to a moment in time but the sale of the collection from Flaxley Abbey documents a lasting record of this historically important design legacy and provides collectors a rarefied opportunity to engage with the indomitable spirit of the iconic 20th century country house style and capture items of importance to conserve within their own evolving collections or interiors. 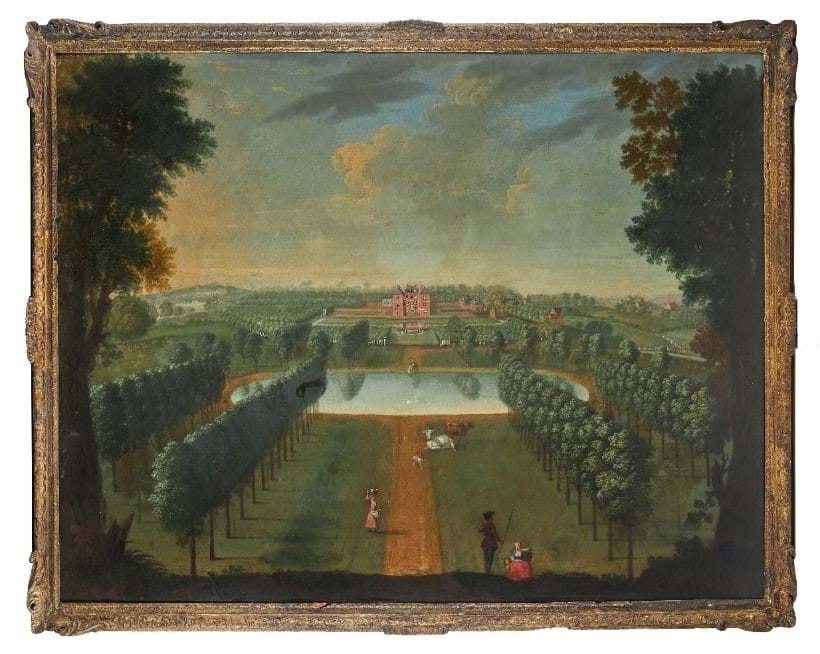 English School (circa 1740), View of a house with projecting angle pavilions, in a park with an oval pool, figures in the foreground 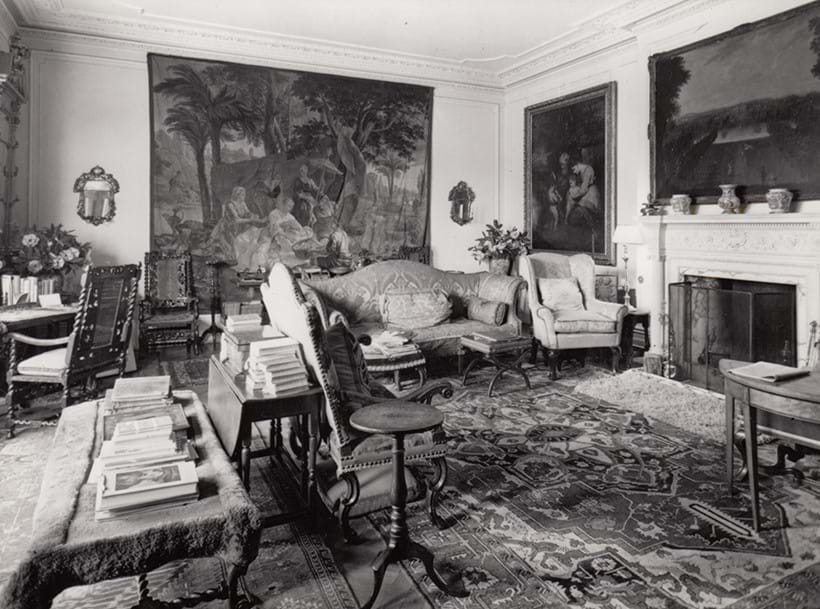 The Drawing Room at Homstead Manor. Home to the Messel family after the fire at Nymans in 1947

VIEWING IN NEWBURY (FULL SALE):
Venue: Dreweatts, Donnington Priory, Newbury, Berkshire RG14 2JE
Thursday 29 - Friday 30 September: 10am - 5pm
Saturday 1 - Sunday 2 October: 10am - 2pm
There is no viewing on the day of the auction.

To purchase a printed catalogue, the cost including postage is: