Works on Paper from the Islamic World on 27 April featured calligraphy, secular and religious works in manuscript and print format, covering academic subject matter through to items of ephemera. Works ranged in date from the 12th through to the early 20th century and countries represented ran west to Morocco and east to Sri Lanka with the whole of the Middle East and India in between.

Held during London Islamic Week, this unique online auction realised over £95,000. Bloomsbury Auctions identified a gap in the market and the results confirm the interest in this fascinating area.

A Christian volume printed in Arabic

This Christian volume was printed in Arabic at the important Monastery of St. John the Baptist in Dair al-Shuwair, Lebanon.

The press at the monastery here was founded by Abdallah Zahir (1684-1748) and it operated between 1743 and 1899. It was renowned for its fine Arabic type and produced 32 titles in total published in order to spread the Christian faith in the region. 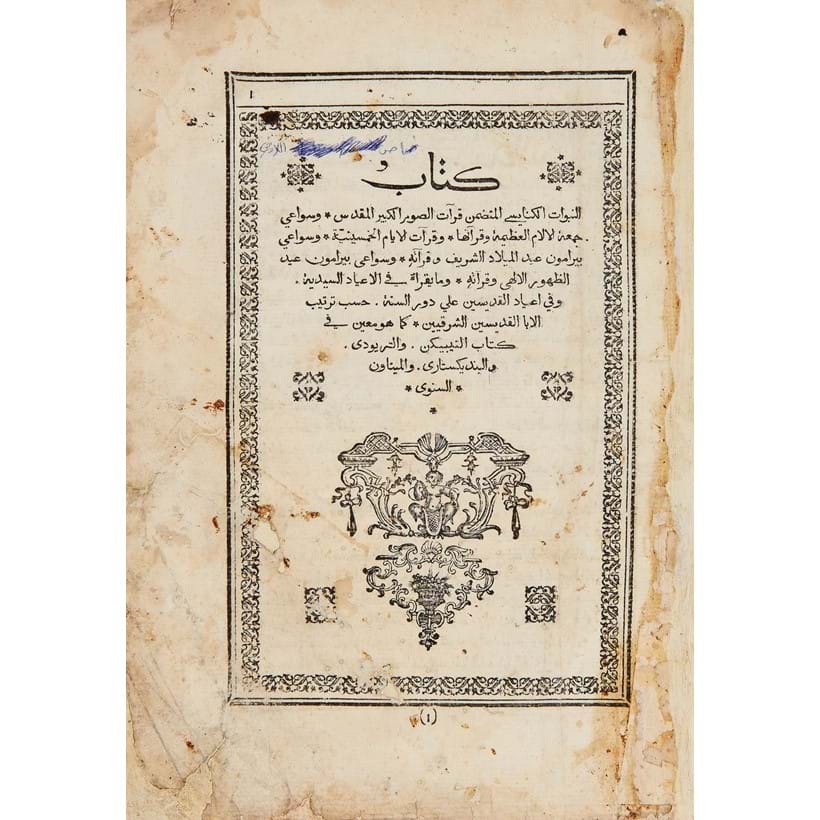 Assisting with the British war effort

Marengo, an Egyptian, worked in Paris as a satirical cartoonist. At the outbreak of World War II he was studying at Oxford University and turned his talents to aiding the Ministry of Information in London in producing over 3,000 images to assist the British war effort. Marengo was tasked with countering Germany's propaganda initiatives in Iran and he drew on the country's rich manuscript heritage, repainting images from the Shahnameh and replacing key figures with likenesses of Roosevelt, Churchill and Stalin overseeing the downfall of Hitler.

As fairly mundane items produced to be pasted to walls and billboards posters such as these rarely survive in good or even presentable condition. Despite the posters being printed in the UK the British Library only holds a later version of these designs printed as postcards. 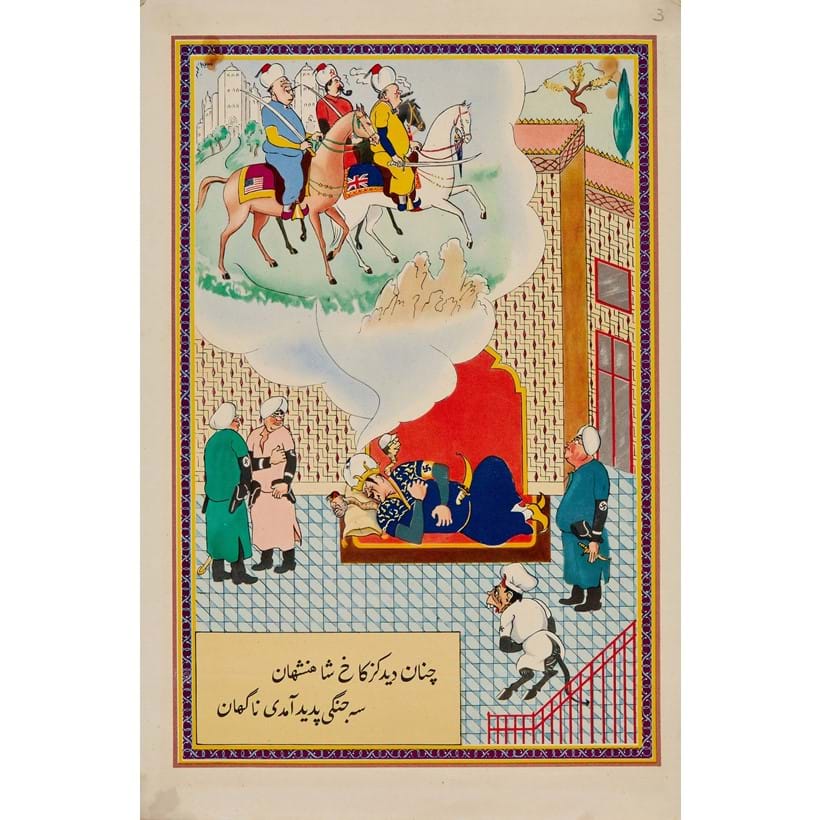 'Kem' Kimon E Marengo, one from a set of five World War II propaganda posters depicting adaptations of Shahnameh scenes, in Farsi, printed posters on paper [London (for the Ministry of Information), 1942]; est. £400-600, sold for £3,224

In medical sciences, the Qajar period witnessed the move away from traditional methods of medicine to more advanced practices drawn in part from discoveries in Europe at the time. In the year this Treatise was printed Jacob Polak (1818-1891) was appointed as royal physician to the court of Naser al-Din Shah. Polak had already written several volumes on human anatomy and had also established the first taught course on human anatomy at the Dar al-Funun; he may very well have been the driving force behind the composition of this text. 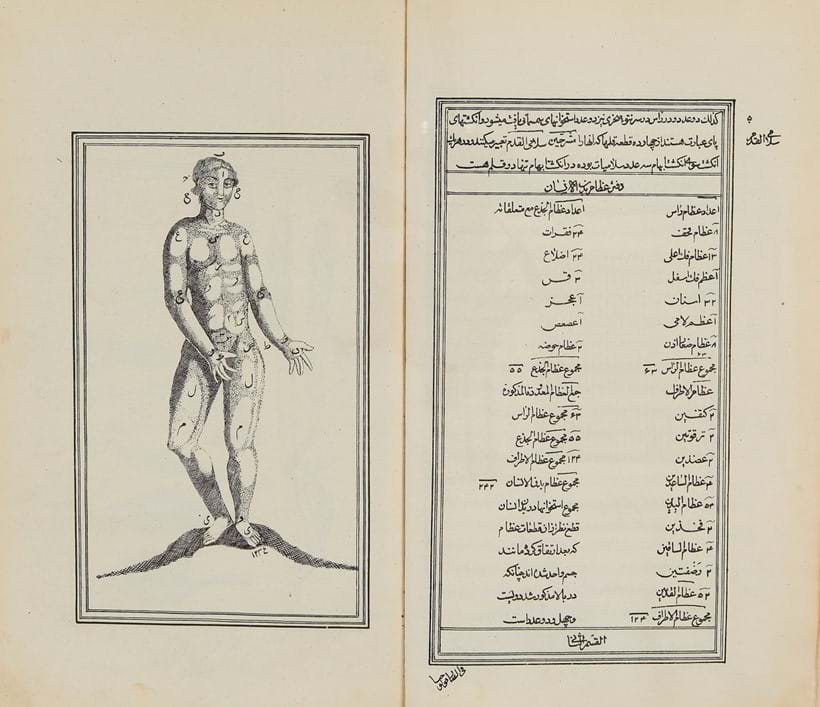 This is a rare Islamic poster of Hazrat (Adam's Peak) in Sri Lanka, where Muslims believe a holy footprint may be found in a shrine at the top of the mountain.

The footprint is thought to belong to Prophet Adam, who after being expelled from heaven was sent to this mountain, regarded as the nearest earthly place to heaven, where he was to stand on one foot for a thousand years of penance. 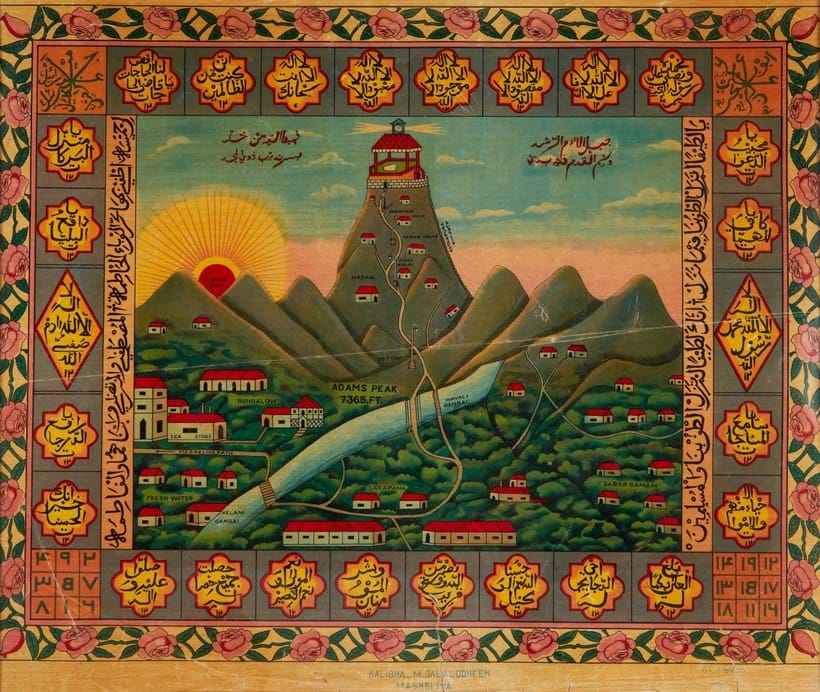 This is an extremely rare volume, compiled in the early 18th century in the Gulf of Oman, now the United Arab Emirates, and possibly from the state of Al-Ain.

Manuscripts from this region are very scarce and hardly ever appear on the open market. They provide great insight into a culture and way of life for which there is very little documentation. 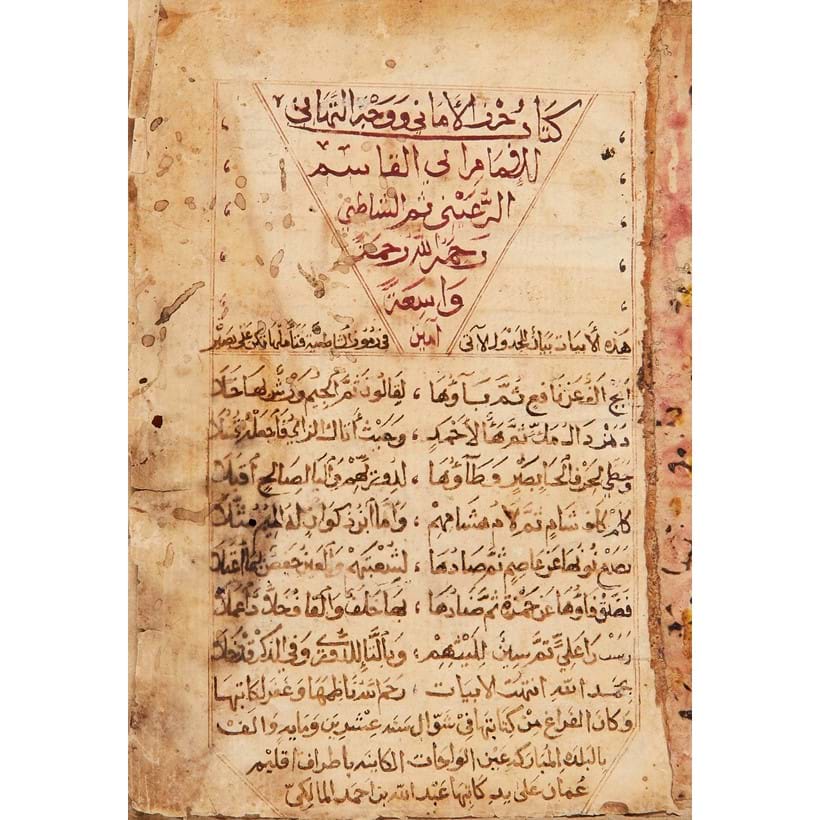 This album contains 36 printed cards mounted into a concertina-style album, each card portrays a ruler with the dates of his reign. The album starts with Sultan Murad Khan Ghazi I (1300-1326) and ends with Sultan Mehmed VI (his dates not shown as he ruled at the time of printing). Each is dressed in their personalised gowns and head-dresses.

This is an important ephemeral relic from the reign of the last Sultan of the Ottoman Empire, tracing his ancestry back to 1300. It would have been produced just before the abolition of the sultanate, which took place in 1922. 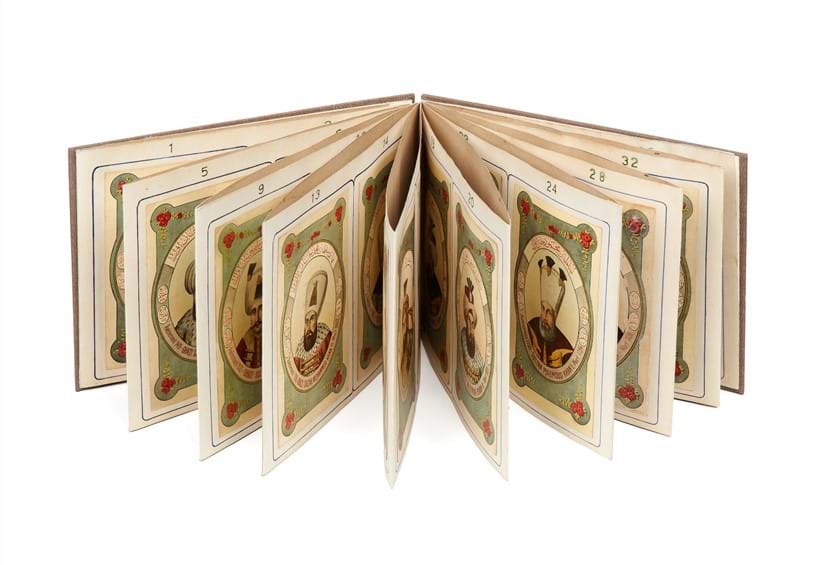 A single folio of gouache on paper

This single folio, of gouache on paper heightened with gold, depicts a complex series of chambers and courtyards with numerous musicians playing instruments. Krishna and Radha are located above them and the background features rolling hills covered in trees and foliage. 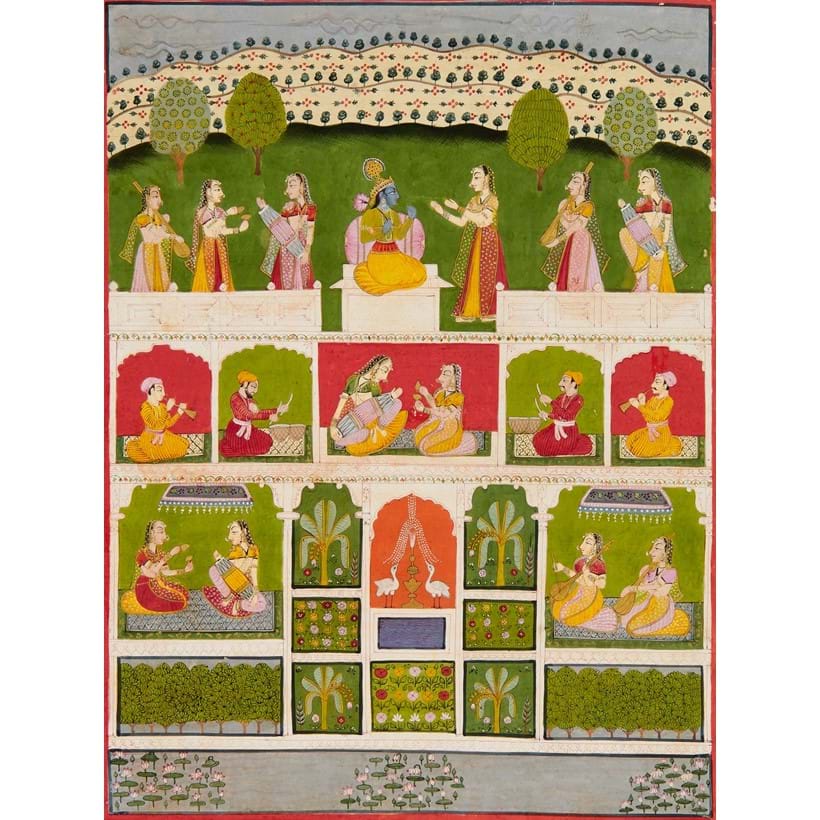