We would be delighted to hear from you if you are interested in either buying or consigning in future auctions, contact us: asian@dreweatts.com | +44 (0)1635 553 553.

Lot 238, an attractive Chinese Famille Rose 'Rockefeller' pattern part-service, Qianlong, comprised 62 pieces, each enamelled with a different central scene of figures at leisure, on terraces, in pavilion interiors and in rocky landscapes.

The service came from a private family collection prior to 1934 and by descent to a Lady and Gentleman. This group formed part of a larger service sold in Dublin, 16 October 1934, Catalogue of the contents of Kilmoroney, Athy, Co. Kilkdare by direction of Sir Anthony Weldon, Bart, it was described by the auctioneer as a 'Very important dinner and desert service of Oriental porcelain...'.

The design is loosely known as 'Rockefeller', a very handsome and extensive service of this pattern was once owned by the distinguished American collector John D Rockefeller Jnr. 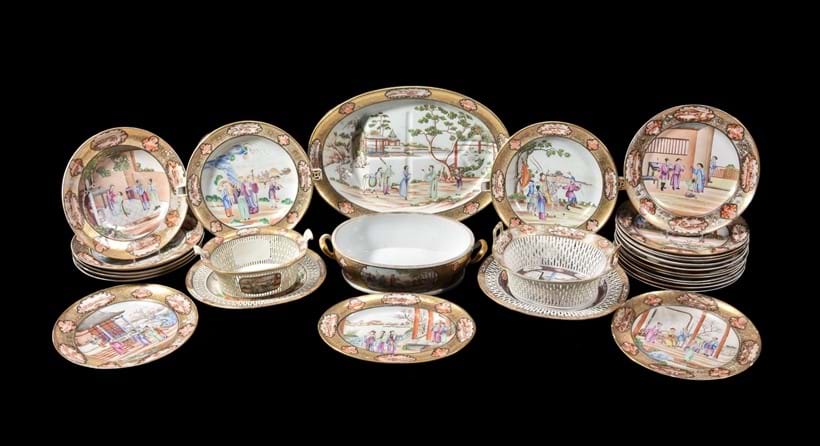 The auction featured a number of 19th century oils on canvas, which meticulously detail the interior and exterior work life and leisure activities of the era. They were created for the export market, and with respect to the domestic scenes provide intriguing insights into the furnishing of homes and planting of gardens, albeit presented in a somewhat idealised manner.

In the work here three men at their games board are overlooked by two women in an open two-tier pavilion named Wangle Lou ('looking up to the moon'). The garden, its shrubs and the pavilion in this scene are particularly finely depicted with the human figures almost taking an ancillary role. 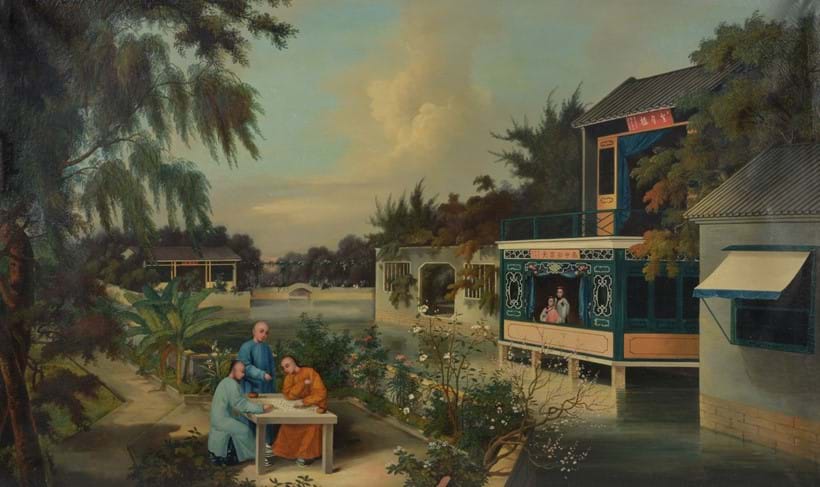 Figures in boats and pagodas

This monogrammed fan dates from 1790-1810, it is delicately carved on one side and comprises 54 sticks, the top with open shield escutcheon monogrammed letters flanked by two circular landscape cartouches symmetrically spaced around the central circle, all on a ground of figures in boats and pagodas. 'Cockade' indicates the fan's circular decorative form once opened out. 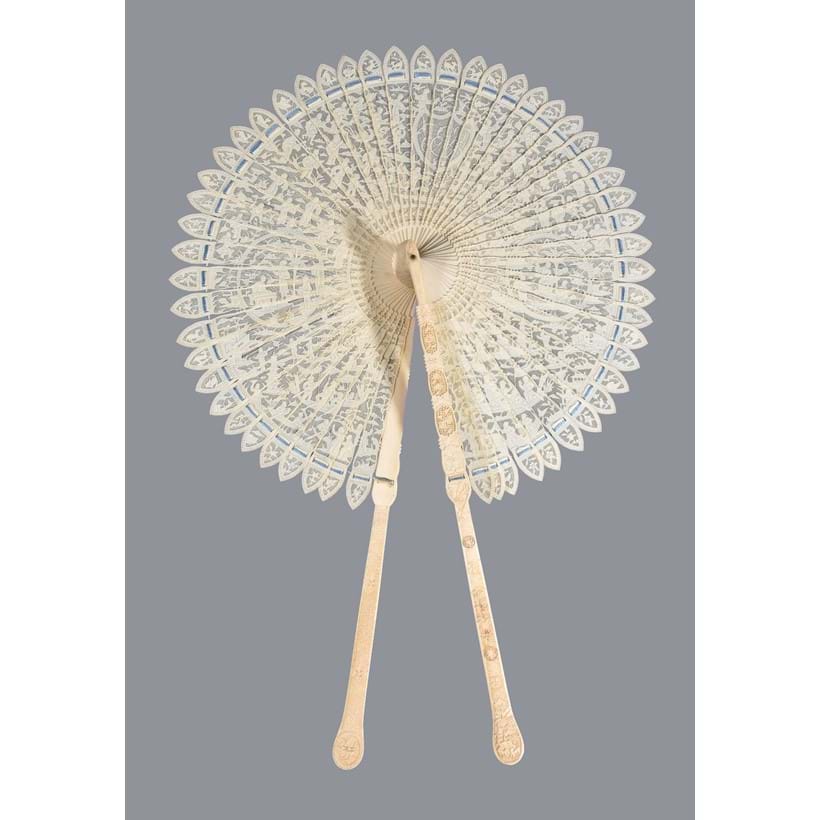 This oil on canvas depicts a richly furnished interior with a lady playing the hammered dulcimer yangqin for two guests, one of whom holds a long slender smoking pipe in her left hand which along with the shadows and the tones adds to the overall relaxed atmosphere. The pulled back red curtain on the left hand side of the work suggests the viewer is being granted a privileged peek into an intimate musical rendezvous. 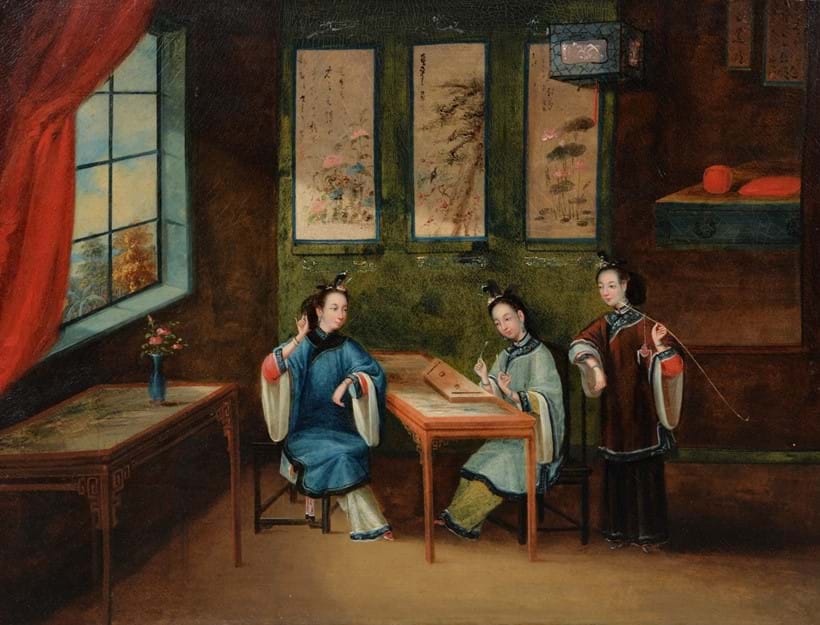 This ruyi sceptre dates from the Qing Dynasty, 19th century. It serves as a ceremonial sceptre in Chinese Buddhism or in Chinese folklore as a talisman symbolising power and good fortune. Ruyi translates as 'as desired; as [you] wish', and they can be fashioned in many materials, notably gold, silver, ivory, coral and crystal, and in this case jade.

The ruyi here is carved with three central panels, and the head with a shou symbol, surrounded by the eight Buddhist auspicious objects. It measures 41.5cm long and came from a Private English collection. 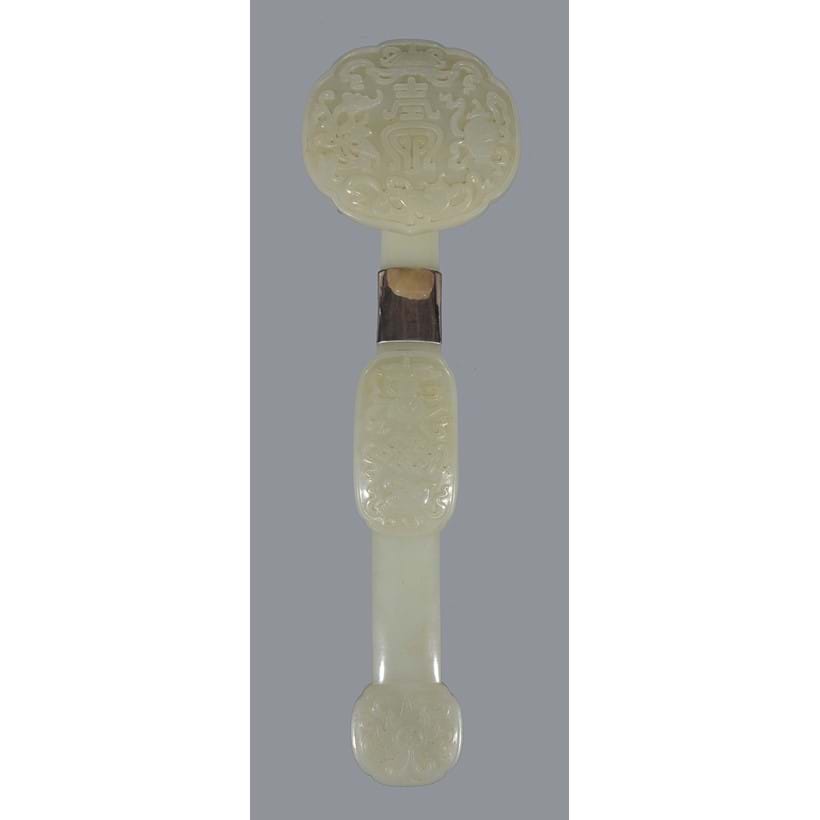 An exceptional and unusual vase

Lot 277 dates from the 20th century. The globular body sits on a stepped splayed foot, rising to a spreading rim. Its exterior is painted with grapes on scrolling vines and this elegant, understated piece achieved the third highest price in the auction. 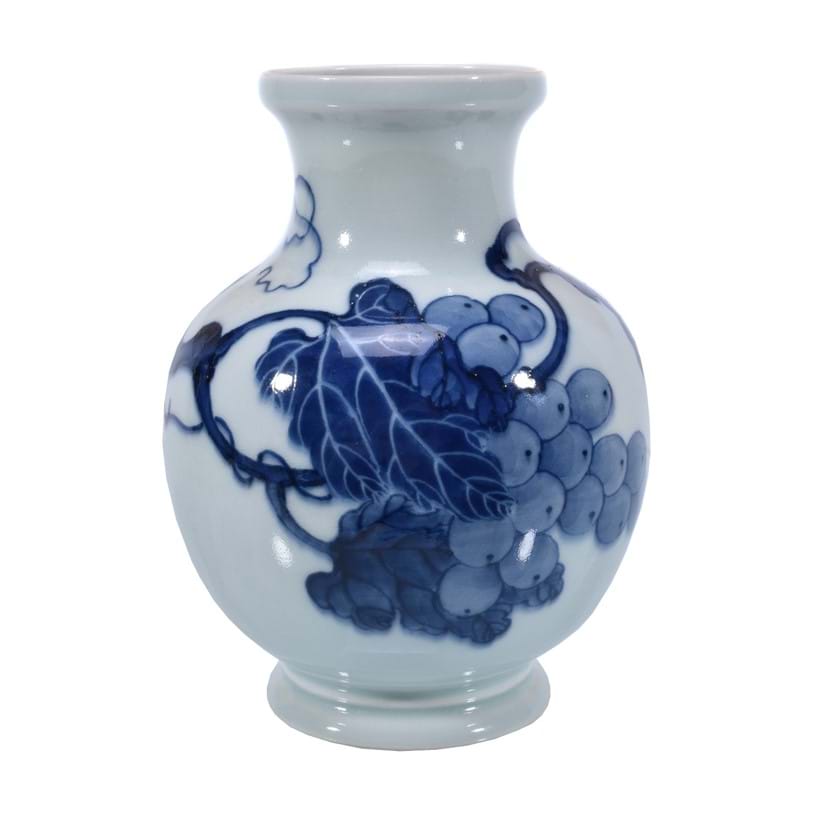 This set of seven gouache paintings, on pith paper, are dated circa 1850 and come from the Guangdong region. Each work depicts people playing games, dancing, making music, and a scene which would have been appealing to the export market - taking tea. 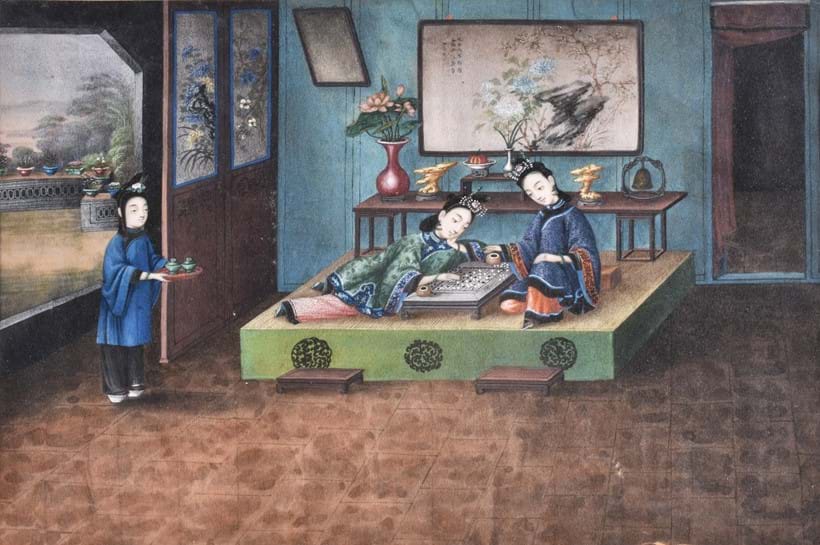