One of the joys of working with watches is that sometimes both the watch and the maker turn out to have hidden depths. When an open face, gold pocket watch arrives on your desk, there is often a moment of indecision, do you reach for the case knife to open it, or the scales to weigh it? Sadly, these days, gold pocket watches are often worth no more than their bullion weight if they have no other redeeming features. But wait, that decorative ring at the top of the crown appears to pull out… interesting, so this is a repeater. So we wind the mechanism to find out if it chimes the quarters or minutes, and it turns out to be quarters, at which point we notice that the seconds hand is ticking whole seconds at a time rather than fractions and discover that it is a dead-beat seconds quarter repeater and a whole lot more valuable than the gold of its case. 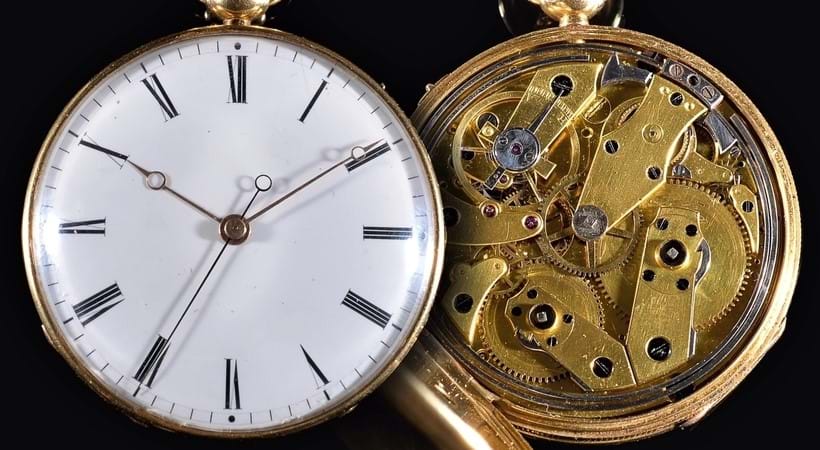 Turning to the maker, we find that the watch is by Pierre Frédéric Ingold, (1787–1874), a watchmaker who was working in Switzerland, Paris and London.

More interesting is the fact that this fine, handmade watch is quite the opposite of what he was famous for. Ingold was a pioneer of mass production who, if he had got his way in 1840s London would have transformed the British watchmaking industry and the history of watchmaking internationally forever. 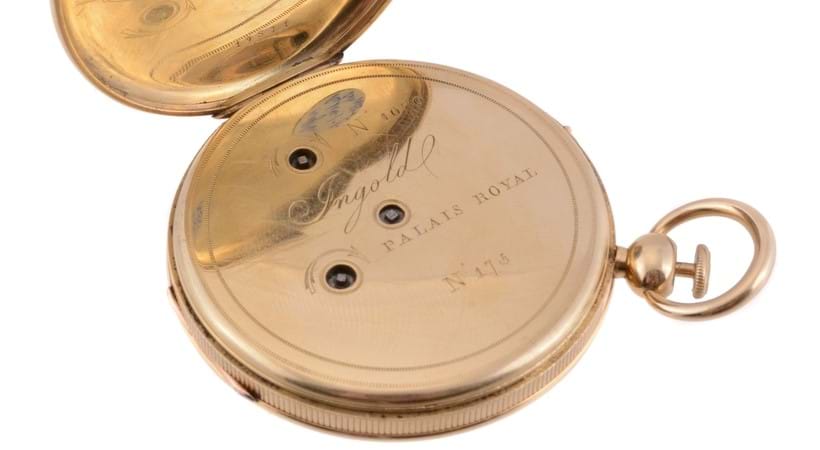 After working for Breguet in Paris, Ingold believed that more of the watch making process could be mechanised. He went back to Switzerland to develop the necessary machinery, collaborating with manufacturers such as Japy who went on to mechanise much of the Swiss method of working.

Ingold returned to Paris and in 1835 established the Compagnie d’Horologerie Parisienne in the grounds of the Palais Royale, where this watch was made. He laid out plans for a factory using his new mechanised approach but the scheme failed due to opposition from French watchmakers. 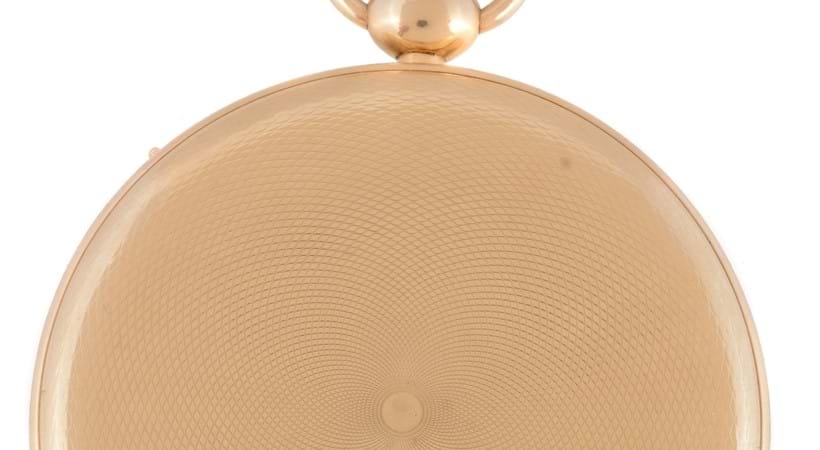 In 1839 he moved to London to try to raise interest in his new production methods. His plan was to build production lines with, he claimed, the ability to produce 300 watches per day – half the country’s total output at this time.

By 1842 he had managed to set up the British Watch and Clockmaking Company with John Barwise and Thomas Earnshaw Jnr as Directors. As part of the marketing campaign, eminent scientists were called in to attest to the ingenuity of the machinery, including Charles Babbage, the father of modern computing. An Act of Parliament was needed to allow the new company to raise capital; unfortunately this was successfully blocked by the Worshipful Company of Clockmakers who feared for the success of their outdated methods if new technology was allowed to thrive. The BWCC went ahead anyway, but failed due to a lack of funding and the failure of the machines to reach the necessary levels of output quickly enough. 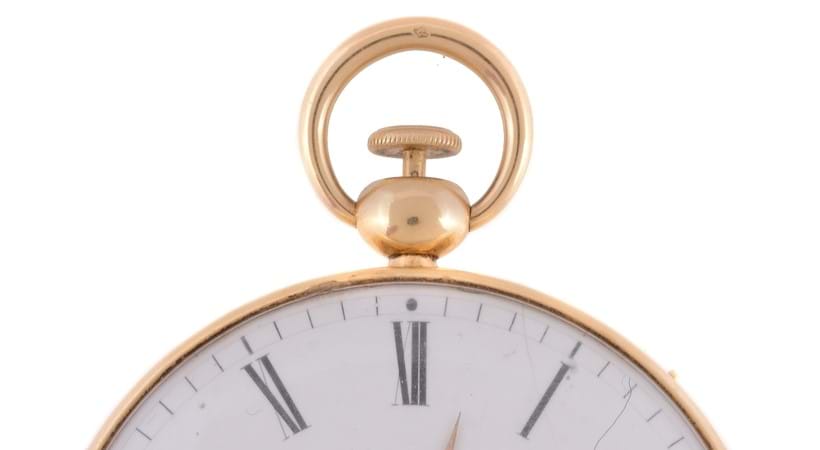 Ingold left Britain for America where his ideas had a profound effect on the watchmakers in the Boston area where he settled. Factory machine lines were already established in the US and Ingold’s ideas allowed American watchmakers to lead the world in mass production. This success accelerated the Swiss transition to full factory production and before long only Britain was left following the old ways, producing watches that took too long to make and were too expensive.

It is a fascinating ‘what-if?’ to think what might have happened had the London watchmakers embraced the new technology, using it to grow their industry and to dominate the world as they had for years before.