Consigned to October’s auction of Fine Clocks, Barometers & Scientific Instruments are an exquisite pair of mantel timepieces designed and made by royal clockmakers - Vulliamy (Lot 159). 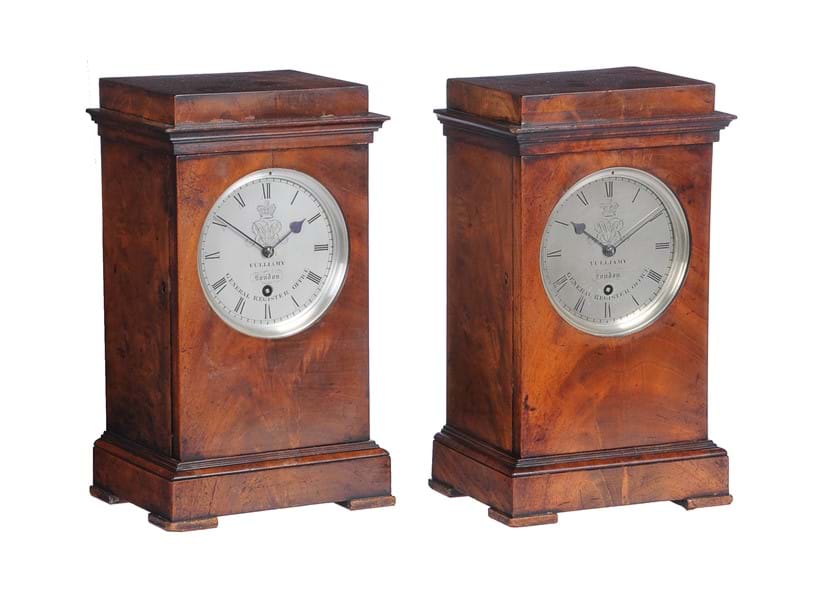 According to the original Vulliamy work-books, the clocks were first presented to H.M Government offices and are said to be extremely rare owing to the consecutive serial numbers, the royal cypher and the Government office designations markings they carry. 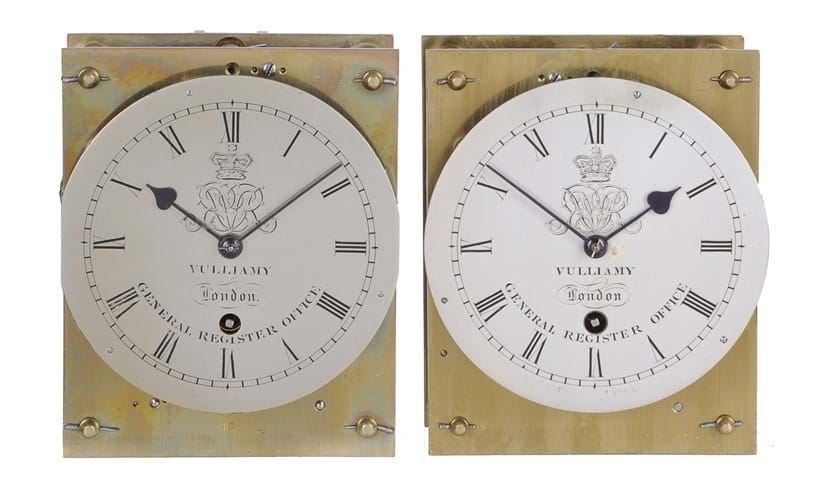 Although timepieces supplied by Vulliamy for use in H.M. Government offices do turn up at auction from time to time, most seem to be drop dial wall timepieces. Small mantel timepieces such as these appear to be much rarer with, to the best of the cataloguer’s knowledge, none appearing at auction within the last ten years. 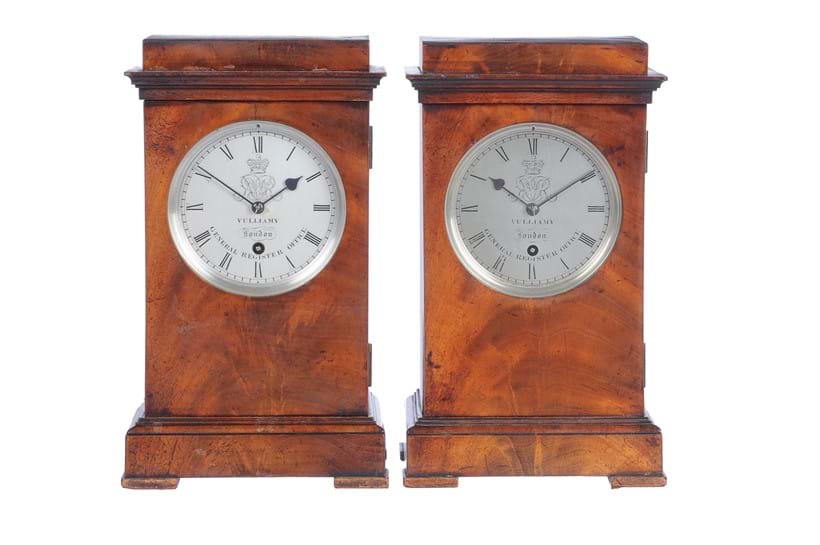 Born in 1780 and of Swiss descent, Benjamin Lewis Vulliamy was one of the last of the celebrated dynasty of royal clockmakers which started with his grandfather, Justin, who arrived in England in 1704 to study the construction of English clocks and watches from George II’s clockmaker Benjamin Gray.

Working alongside his father, Benjamin Lewis Vulliamy gained his freedom of the Clockmakers’ Company in 1809, and soon became one of the most influential horologists of his time, undertaking numerous high-profile public commissions including supplying clocks to important buildings such as the victualling yard in Plymouth, at University Press at Oxford, the cathedral at Calcutta, and to the Royal family, including replacing an earlier movement in the turret clock for Windsor Castle in 1829. 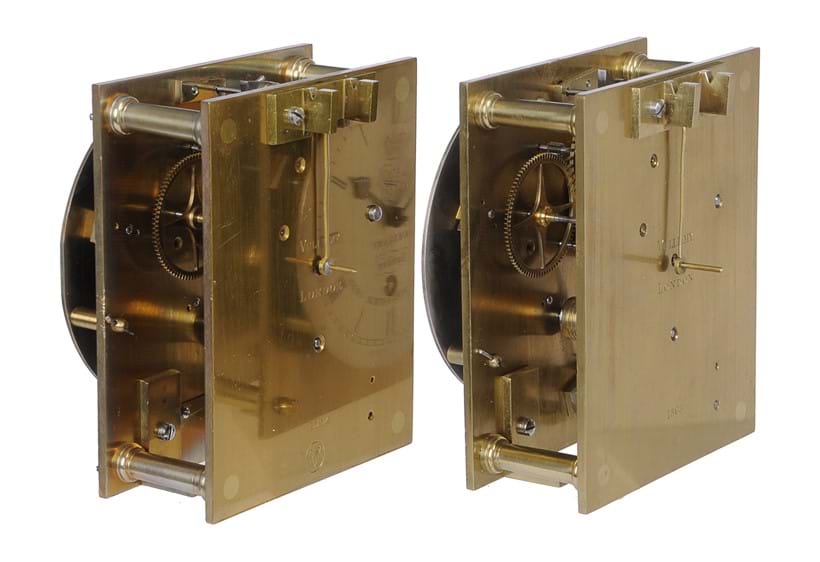 These exquisite Vulliamy timepieces, along with an impressive collection of over 200 clocks, barometers and scientific instruments will go under the hammer at Donnington Priory on 2 October 2019.

Click here to view all the lots consigned to this sale.