The Dreweatts' picture department recently took a trip to Compton Verney Art Gallery - located just over an hour from Donnington Priory. This beautiful grade I listed 18th century mansion is set in parkland landscaped by Capability Brown and is home to one of England's most treasured collections of 16th century Germanic art including works by Cranach, an impressive collection of 17th century Neapolitan art, Chinese bronzes and the United Kingdom's largest collection of British Folk art. 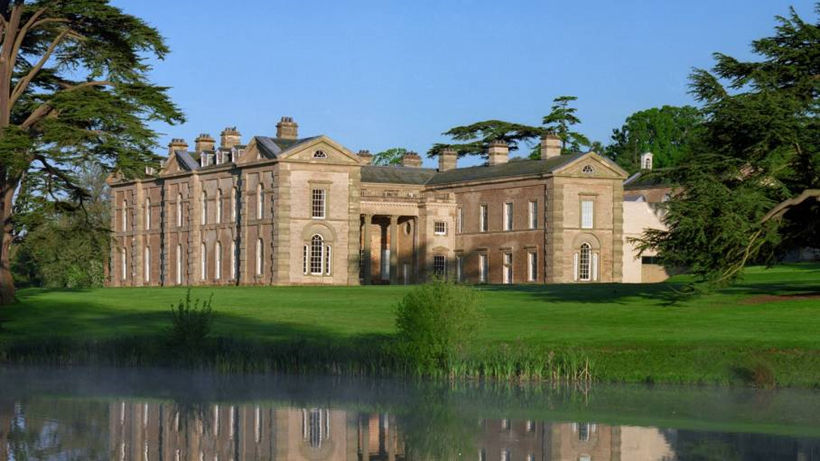 The picture team took the trip to view their current exhibition Painting Childhood: from Holbein to Freud. As the name would suggest the exhibition was teaming with works by blue chip artists including masterpieces by Thomas Gainsborough, Sir Anthony Van Dyk and Jacob Epstein. The exhibition brings together an unlikely group of works which illustrates a focused study on the depiction and perception of children in art over the past 500 years. The works on display have been brought together from some of the most important collections across the country including the Royal Collection, the National Gallery and the National Museums Liverpool. 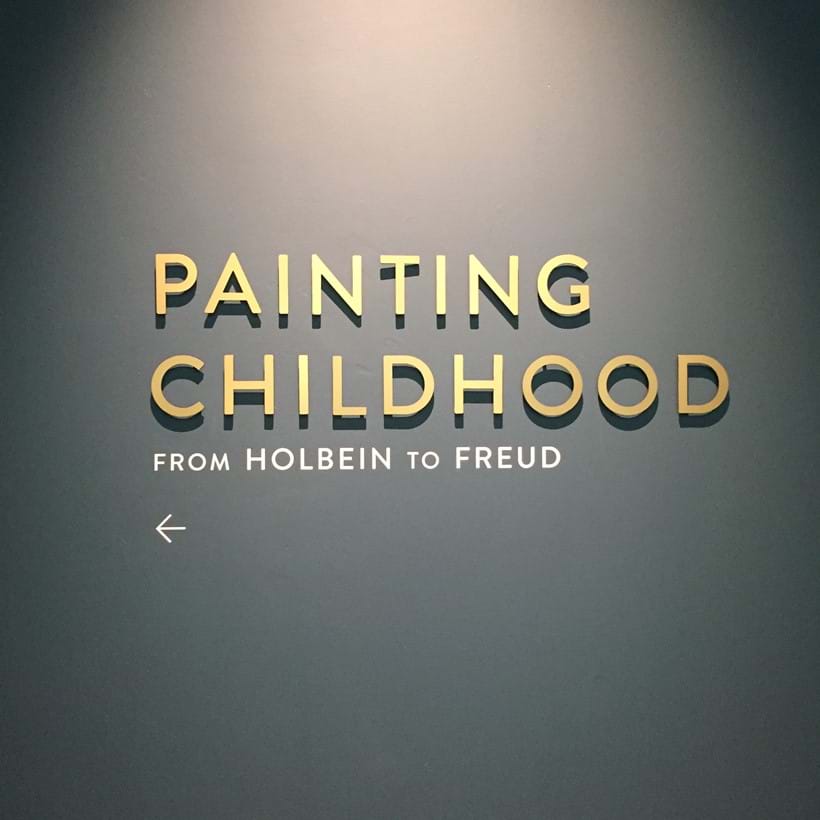 The exhibition begins with a display of pencil and red chalk sketches of Royal children including Edward, Prince of Wales (1537-1553) by Hans Holbein the Younger. Holbein would use pale pink paper to establish the flesh tones and add life and character to his sitters. Just as the public today await the first photographs of the new baby royals, images of Royal children have been traditionally circulated and emulated through history. 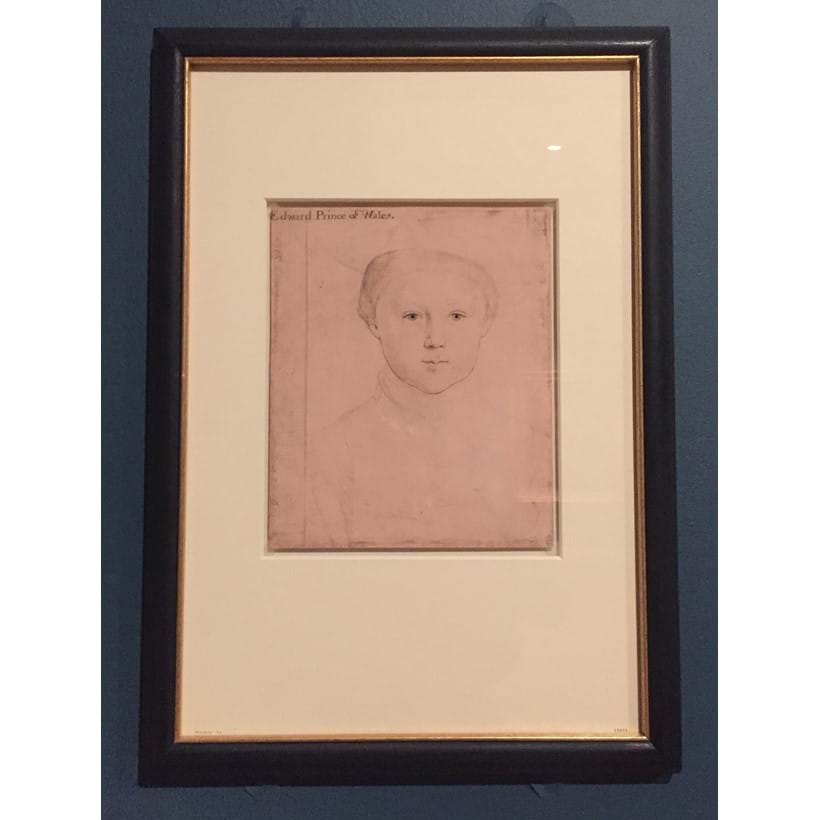 One of the key differences, which is highlighted in this exhibition, between Royal portraiture and portraiture is the fact that the Royal children, whilst small and fragile, wear the future of the dynasty on their shoulders and therefore need to be portrayed in the appropriate manner. Children were dressed in lavish clothing, armour or hunting gear to emulate their status as future rulers. One of the most striking portraits in the exhibition is a dramatic composition by Robert Peake (active 1580-1635) showing Henry Prince of Wales (1594-1612) and Robert Devereux, 3rd Earl of Essex (1591-1646) in a hunting field, dressed in sumptuous fabrics elaborately embroidered. This display portrays messages of strength, power and wealth. 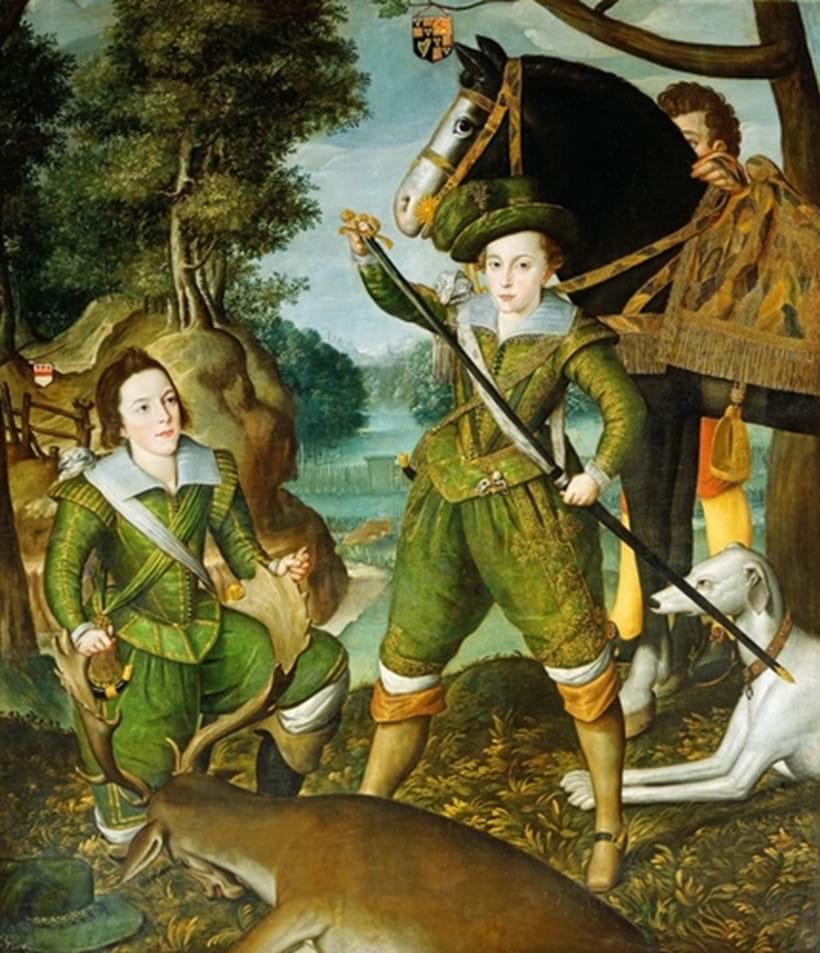 Hanging to the right of Peake’s portrait is the masterful work by Anthony Van Dyck depicting the five eldest children of Charles I, painted in 1637. This was a turning point in Royal portraiture as Dyck was depicting the children in relaxed poses and, for the first time, almost childlike. This was to influence artists throughout the 17th and 18th centuries. By 19th century rules had relaxed and playful images of children became more common. This was particularly supported by Queen Victoria and Prince Albert. Moving through the galleries the viewer is met with a delightful and joyful display of drawings and etchings made by Queen Victoria and Prince Albert of their children, which are a private and intimate record of their growing family far removed from the official portraiture of earlier centuries and provide a unique glimpse into Royal family life. Lent by the Royal Collection this group of drawings and etchings are a rarely seen collection and worth the visit. 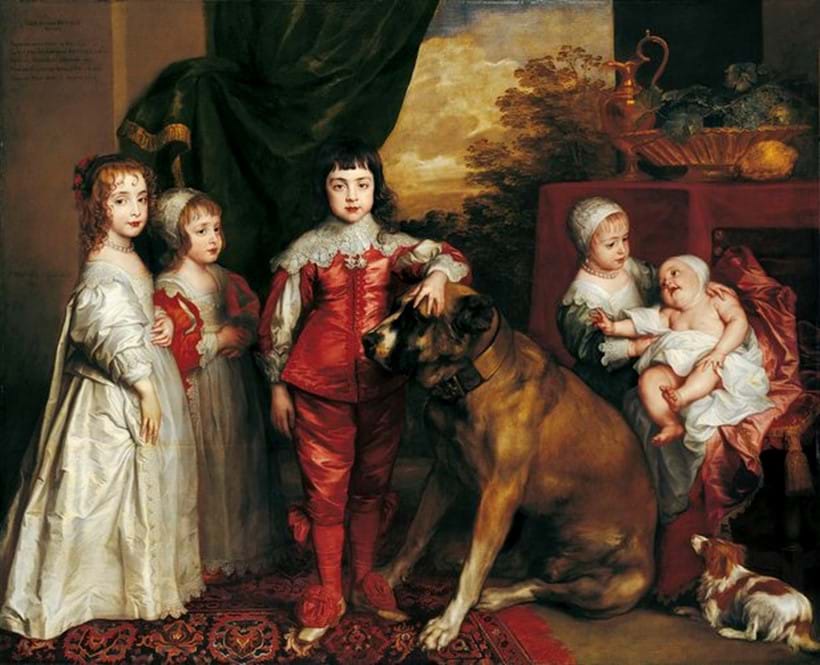 Anthony van Dyck (1599-1641) The Five Eldest Children of Charles I Signed and dated 1637. Courtesy of The Royal Collection

Entering the middle of the exhibition the viewer is faced with the windswept and rosy cheeked King Edward VII, painted by Franz Xaver Winterhalter (1805-1873) capturing the young Prince dressed in a sailor’s outfit which Queen Victoria had had made for her eldest son Albert Edward on a family sailing trip on board the Royal Yacht in September 1846. The formal nature of Royal portraiture had given way to the romanticism of Victorian art and depicted the young Royal in a relaxed and carefree portrait. 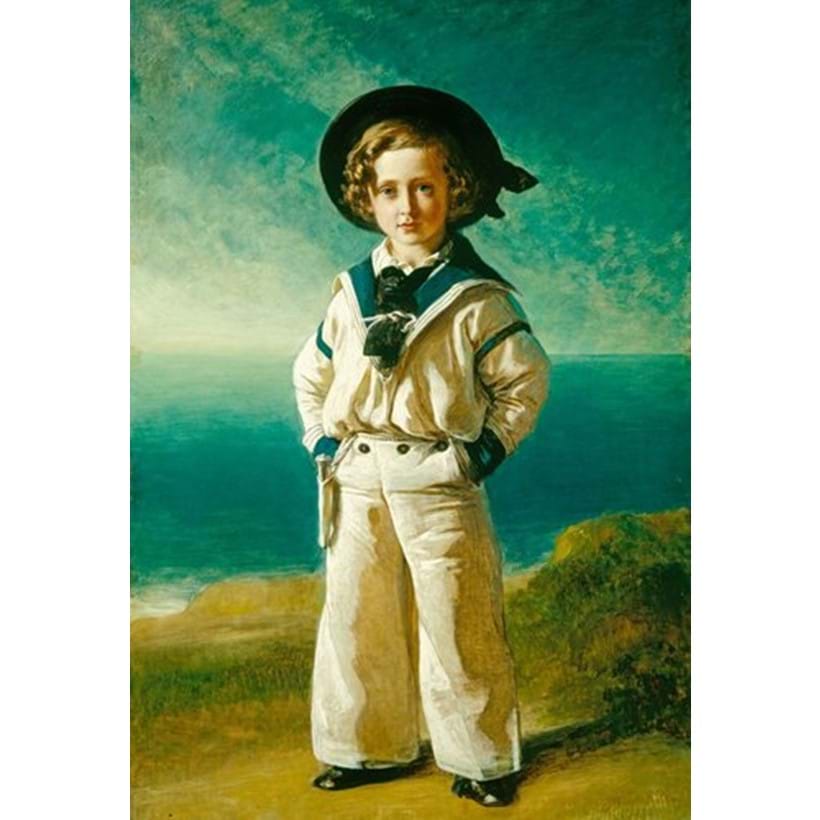 Whilst the majority of the exhibition focuses on the depiction of Royalty through the ages there is a room dedicated to ‘fancy’ pictures presenting working class children at play or work including the barge boy depicted in Jules Bastien-Lepage’s portrait Nothing Doing, 1882. Lepage, chose to focus the viewer’s attention on the boy and his gaze reaching out of the painting, rather than situating him within a landscape as a rural working class child. 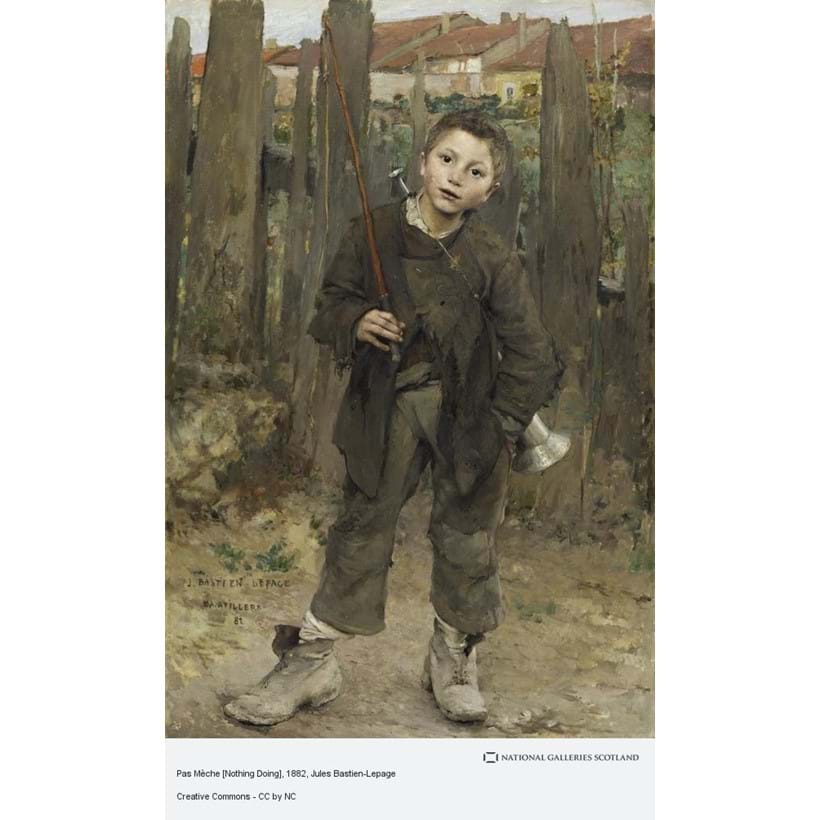 The final gallery was particularly interesting as it brought together an unlikely selection of artists depicting their own children. Artist’s included Constable, Stanley Spencer and Mary Beale. Whilst, the room displayed works from across the centuries, the sincerity and calmness that all the artist’s approached their depictions of their own children became apparent. The room was quite an unusual experience as it felt as if the artists were inviting you into very personal moments in their lives.

The exhibition comes to a close on 16 June, so head over to Warwickshire and visit one of England’s best kept secrets Compton Verney Art Gallery.