The forthcoming December 14 auction of Interiors features several lots with scenes and motifs from classical Roman civilisation. Many of these date from the time when the European Grand Tour had revived interest in this era. 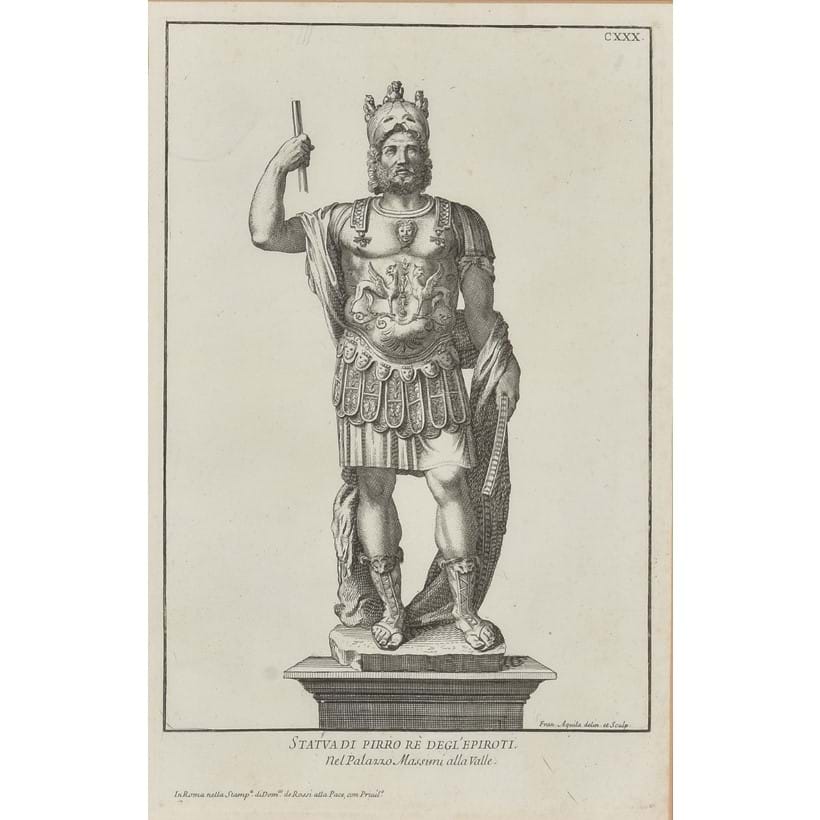 Lot 131 is a set of four 18th century engravings of Italian Roman ruins by JS Muller, after Francesco Panini.

Panini was the son of Giovanni Paolo, one of the most famous Italian painters of the 1700s, and he received his training in his father’s workshop. He left relatively few identified paintings and drawings, however, these indicate that he followed his father’s picturesque views of contemporary and ancient Rome set amidst elaborate architecture and landscapes featuring animated figures. Panini supplied drawings to many engravers of the day, and he coloured an extensive series of prints after Raphael’s designs for the Vatican Logge, published between 1772 and 1776. He also engraved veiws of Rome which have served to be an important record of the city in the 1700s. 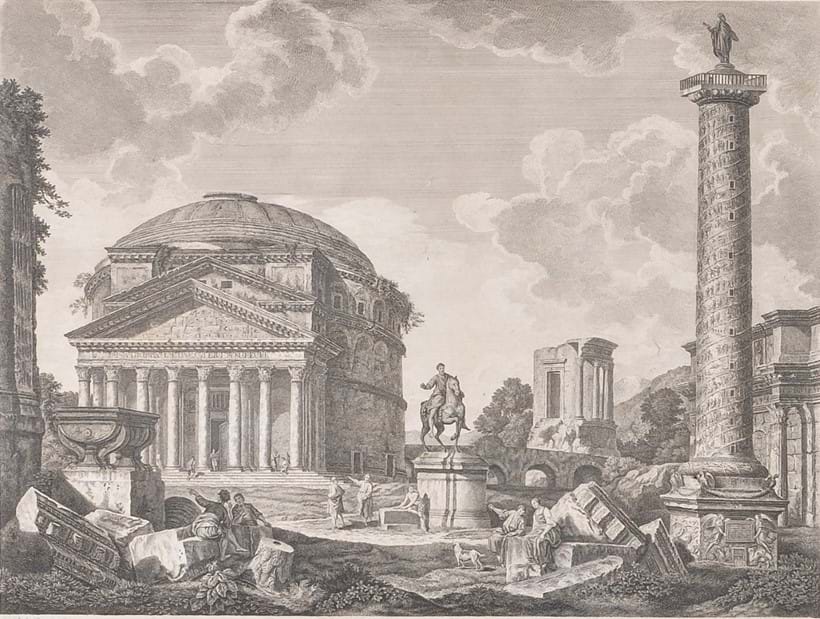 After a frieze found in the Parthenon

Lot 205, dated 19th/20th century, an oil on canvas, en grisaille, depicts a Roman, his robes caught in a breeze, alongside a horse delicately poised on its back legs, rearing forward. The scene here is after a frieze found in the Parthenon.

En grisaille indicates a work is executed entirely in grey, and it is particularly favoured when imitating sculpture, as in this work. A grisaille may be the starting point for a oil painting over which glazing layers of colours are painted, or as a model from which an engraver may work. Grisaille was certainly less widespread in the 20th century, although Pablo Picasso’s monumental work, Guernica, is a notable modern example featuring the technique. 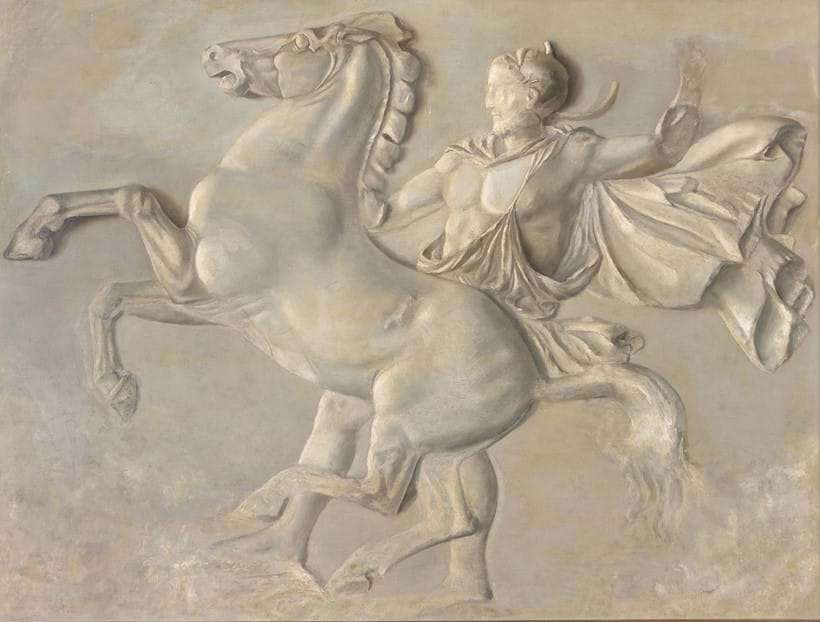