The Living and the Dead by John Armstrong

The Living and the Dead by John Armstrong (1893-1973) was painted in 1941 in the midst of the Second World War. It is a blend of Surrealism, which Armstrong had been exploring in the 1930s and symbolism, which would come to categorise his later work.

After working as a theatre designer in 1920s and with his first solo show in 1928 taking place at the renowned Leicester Galleries in 1928, Armstrong was appointed an official war artist at the outbreak of World War II. His earliest works from this period typically depict ruined landscapes and buildings, a theme he had already explored in the 1930s and to which his Surrealist approach naturally leant itself. 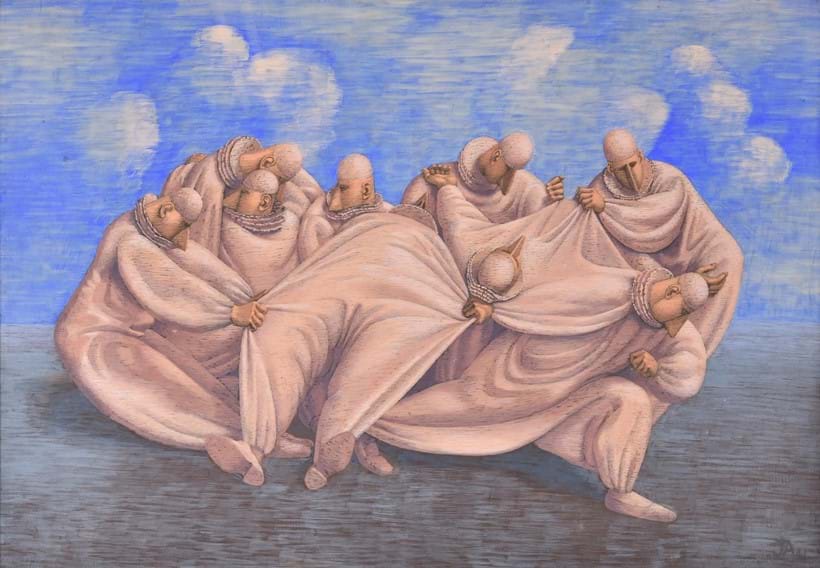 As the war progressed, Armstrong’s work switched between an underlying optimism with renewal rising out of the wartime wreckage to more melancholic depictions lamenting the destruction of modern civilisation. His wartime works invariably included robed figures in a desolate landscape as in this present work. They appear dreamlike, as if taken from one of Armstrong’s set designs, and yet their seemingly wasted pulling and clawing alludes to the futility and powerlessness of one’s actions in the face of the all-enveloping progress of war.

Armstrong was elected a member of the Royal Academy in 1966. He died at his home in London in 1973 and a memorial exhibition was held at the RA in 1975. His work is to be found in many international public collections, including the Tate, the National Gallery of Australia, the Guggenheim and the Pompidou. 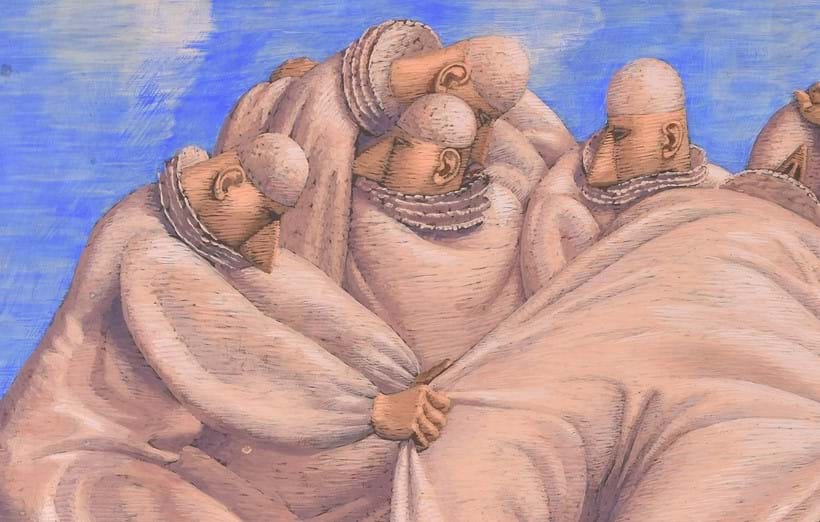 Detail from The Living and the Dead

The April auction also includes two sculptures by renowned Cornish sculptor Denis Mitchell (1912-1993). Both works were acquired directly from the artist by the present owner.

Denis Mitchell grew up in South Wales but moved to Cornwall in 1930 at the age of 18 and he was to remain here for the rest of his life. He settled first in St. Ives where the heady artistic energy proved an enduring inspiration. During the War years Mitchell worked at the Geever tin mine near Land’s End, and this experience of working with his hands and manipulating the stone was to change the course of his life.

Mitchell was recommended by Bernard Leach to Barbara Hepworth as an assistant and over the course of ten years, from 1949 to 1959, he became a trusted companion to one of the greatest sculptors of the 20th century. Under Hepworth’s mentorship he also developed his own successful career. He made his first sculptures in wood with his first bronze in 1959. 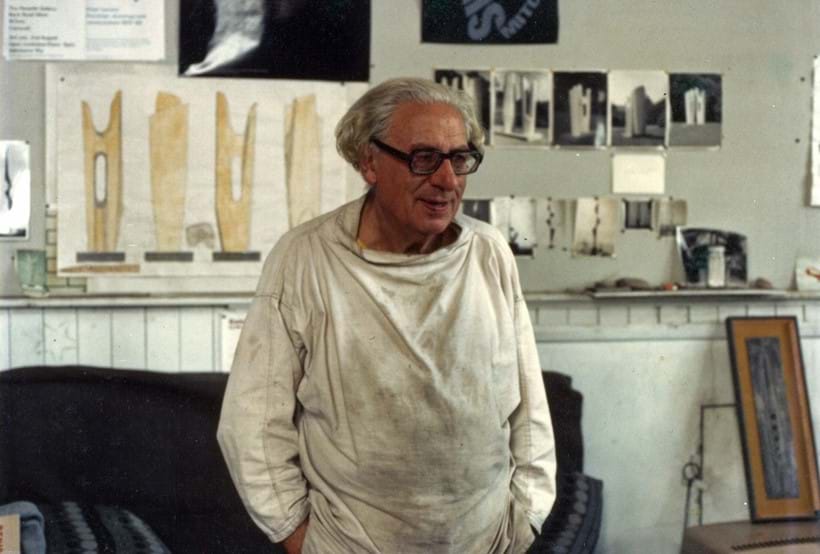 Due to the high cost of working in bronze Mitchell could only afford to use a sand-casting foundry in St Just. This process allowed for only very simple shapes to be cast and resulted in an economy of form which, in hindsight, honed Mitchell’s skills and set him on a path to purity of form for which his work is well known.

St Keverne in bronze, was executed in 1971 in a series of 7. Whatever the medium, Mitchell’s sculptures tend to incorporate just one principle form, stretching and curving upwards into the space. They are an expertly judged balance between space and structure, between line and mass and their sleek exteriors belie their natural weight. 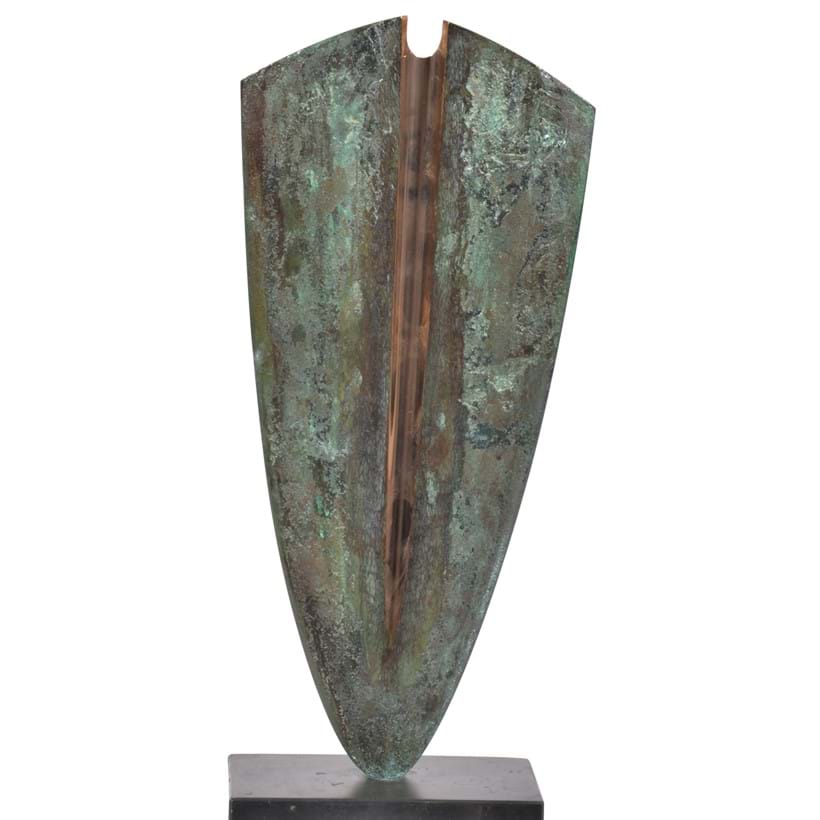 Zagcone dates from 1974 and is one of a few unique works produced by Mitchell in Portland stone. In this work he focuses on the potential of the material and lets his imagination explore the limitations of solid form. The inverted conoid demonstrates a subtle asymmetry, prevalent throughout many of Mitchell’s sculptures. 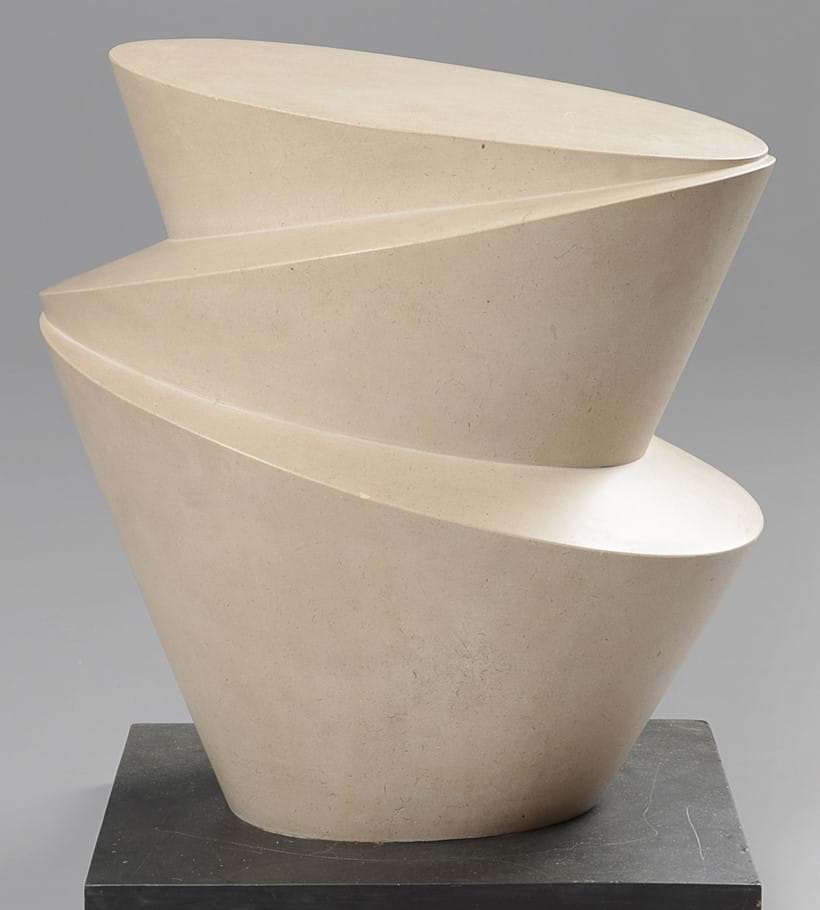 From his base in St Ives, Mitchell was always at the centre of the Cornish abstract art movement, surrounded by artists that have since become icons of 20th century British Art – Barbara Hepworth, Ben Nicholson, Terry Frost, Wilhelmina Barns-Graham, Bryan Wynter, Peter Lanyon and Patrick Heron, to name but a few. As his success grew so he needed a larger studio and so opted to share space with fellow artist and friend, John Wells, in Newlyn. From 1969 he was based permanently in Newlyn and here much of his most successful work was produced.

Denis Mitchell continued to work and exhibit right up to his death at the age of 80 in 1993. 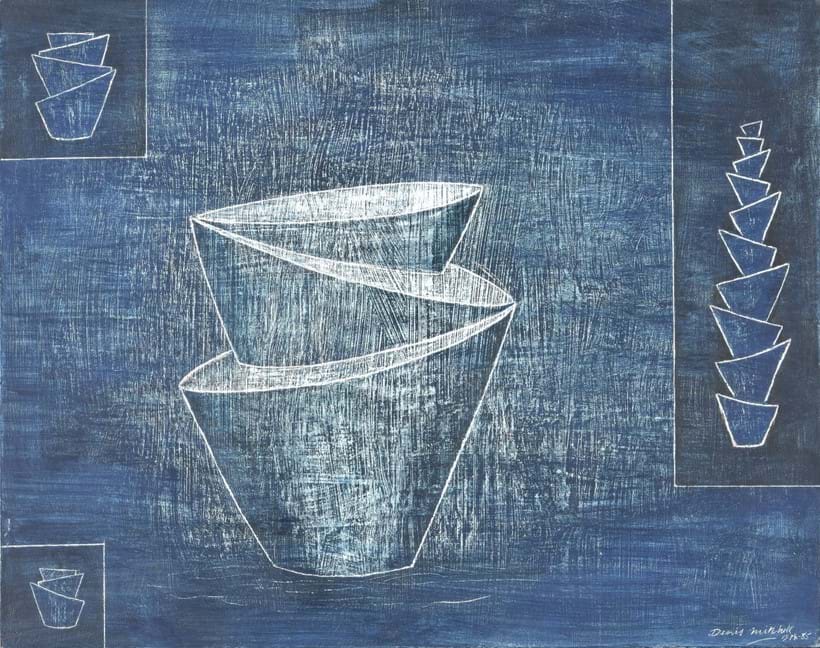 For all future consignment enquiries and to request a valuation please contact us: pictures@dreweatts.com | +44 (0)1635 553 553