The beautiful city of Bath lies just over an hour away from Donnington Priory. The Victoria Art Gallery is Bath’s public art museum and houses a collection of paintings, sculpture and decorative arts. The building was designed by architect John Mckean Brydon in 1897 and it sits in the centre of the city on the corner of Pulteney Bridge which spans the River Avon. The gallery was named Victoria to commemorate Queen Victoria’s Diamond Jubilee of 1897, one of many buildings and monuments constructed to commemorate the event.

The gallery’s collection runs from the 17th century to the present day and contains some of the finest works by Thomas Gainsborough who moved to Bath in 1759.

The Victoria Art Gallery hosts a busy schedule of exhibitions throughout the year, holding free talks and even free tours of the permanent art collection held in storage which cannot be on display due to space constraints. 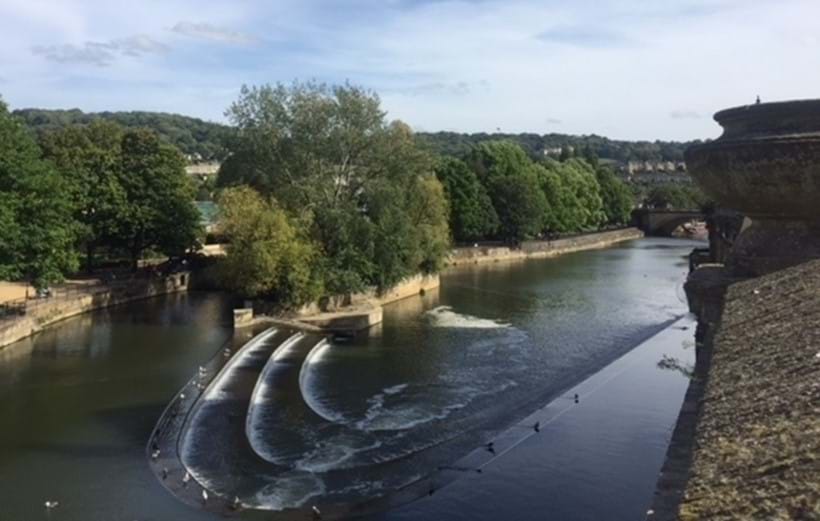 In January 2017 Dreweatts auctioned works from the studio of the late Clifford and Rosemary Ellis. Dreweatts provided high resolution images for the current exhibition at the Victoria Art Gallery, so we'd like to say congratulations to our Photography department for their beautiful images!

Last week, our Picture specialists Lucy and Francesca headed out on a road trip to take a look at the exhibition and learn a little more about Clifford and Rosemary - a dynamic and talented duo. 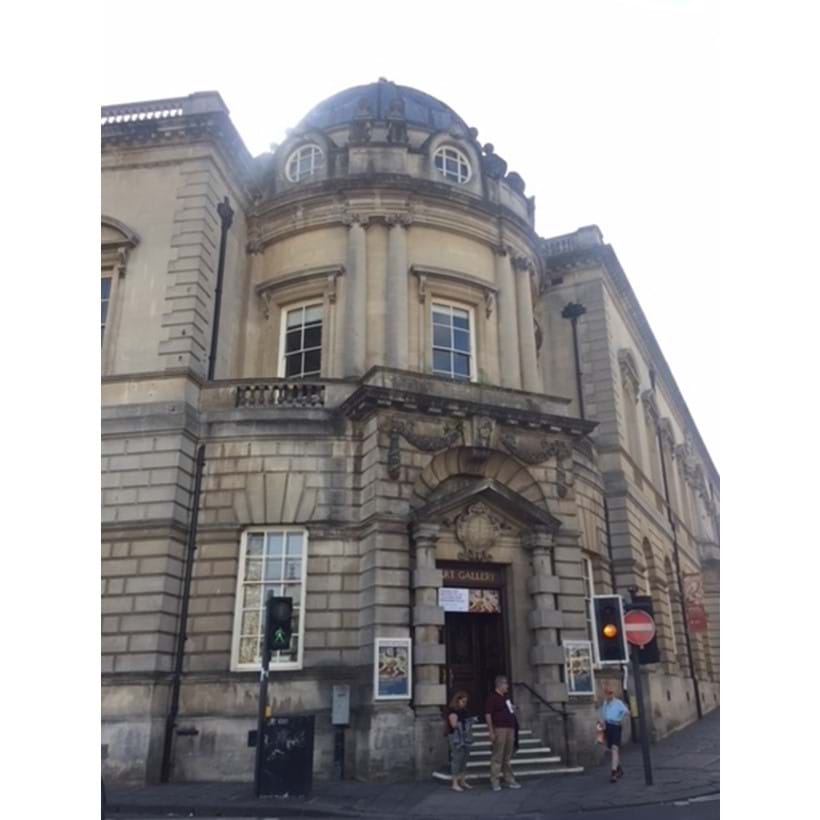 But, first, a bit of background - Clifford Ellis was born in Bognor Regis, West Sussex in 1907. He studied at St. Martin’s School of Art and then at the Regent Street Polytechnic. In 1931, he married Rosemary Collinson who had also studied at Regent Street. In 1936, Clifford took up the position of Assistant at Bath Technical College and two years later was appointed Headmaster of the Bath Academy of Art. After the Second World War the Academy was relocated to Corsham Court, the home of Lord Methuen, in 1946. The Ellises continued to engage and invite many young artists to teach at Corsham including Terry Frost, William Scott, Howard Hodgkin and Henry Cliffe. 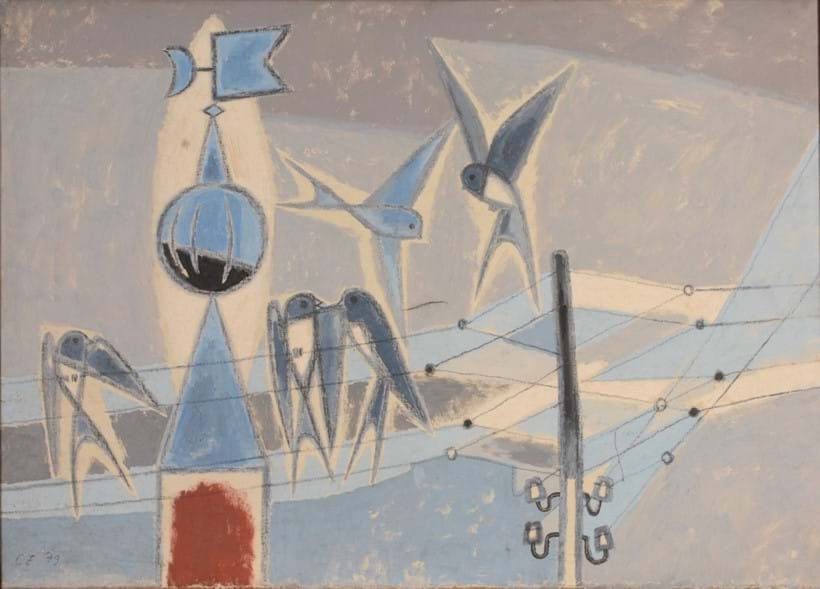 Clifford Ellis, Birds On A Wire

Making Art Matter explores and celebrates the individual work of Clifford and Rosemary Ellis as well as highlighting their artistic partnership. Both artists worked on a number of projects including the design of book jackets, ceramics and mosaics production and tile decoration as well as posters for the London Passenger Transport Board, The General Post Office, Shell Mex and BP Ltd. 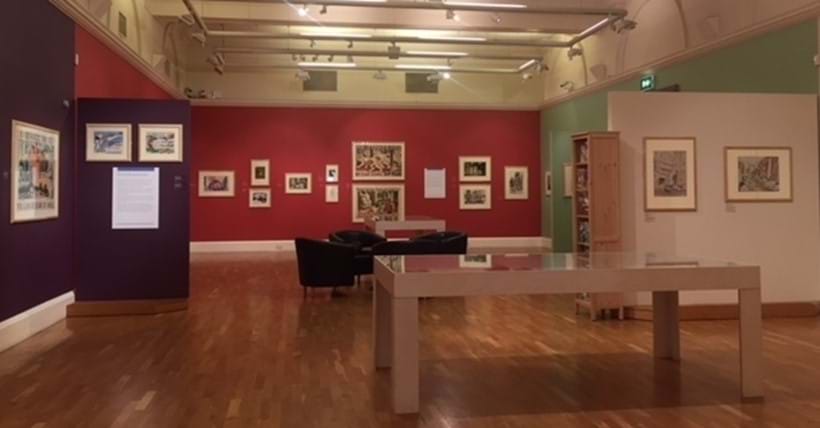 The series of transport posters are bright and bold. As soon as you enter the exhibition you are struck by the eyes of the Heron, Owl, Kestrel and Woodpecker which look out at their audience. These posters were designed in the 1930s to promote day trips out from London using various forms of public transport: the Trolleybus, Underground, Green Line and General.

Two other highlights are the prowling big cats of the BP Whipsnade Zoo poster and the ‘‘You can be Sure of Shell, Antiquaries prefer Shell’ which hung above a glass display table showing examples of the couple’s designs for book covers, archive photographs and ceramics. 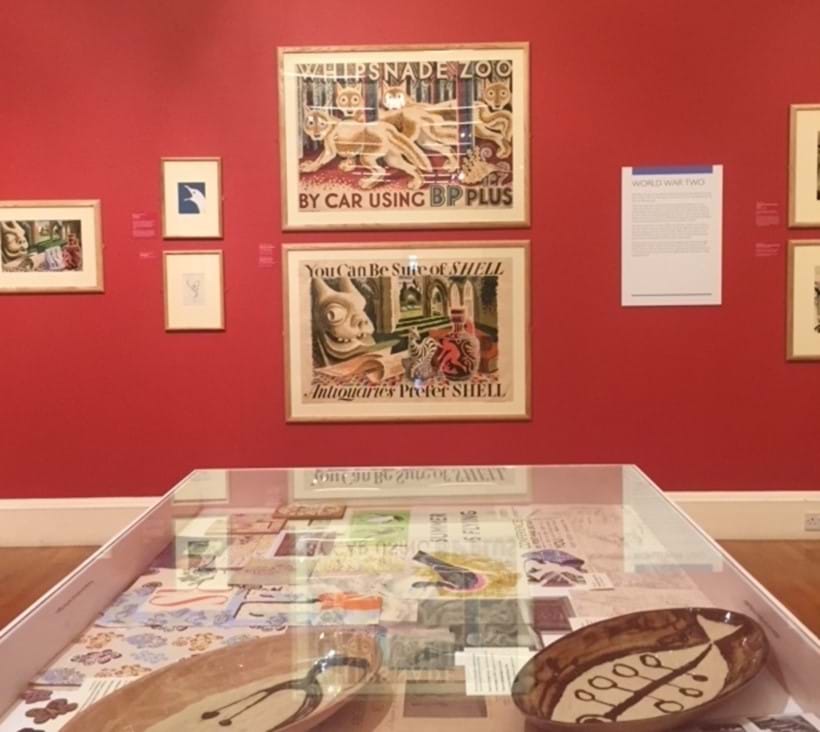 What was particularly striking in the exhibition was the body of work created by both Clifford and Rosemary recording the effects of the Blitz and later VE Day celebrations in Bath. Their works reflect those by John Piper, a close friend of the couple who held monthly lectures organised by Ellis at the Bath Art Club. Clifford Ellis was an official war artist who was employed to record ‘the changing face of Britain’. As part of the wartime Recording Britain project Clifford was commissioned to depict the decorative ironwork on the city’s buildings, much of which was removed by the Ministry of Works in order to help the war effort, the idea being to have a record to turn to after the war in the event that the ironwork could be replicated and restored. 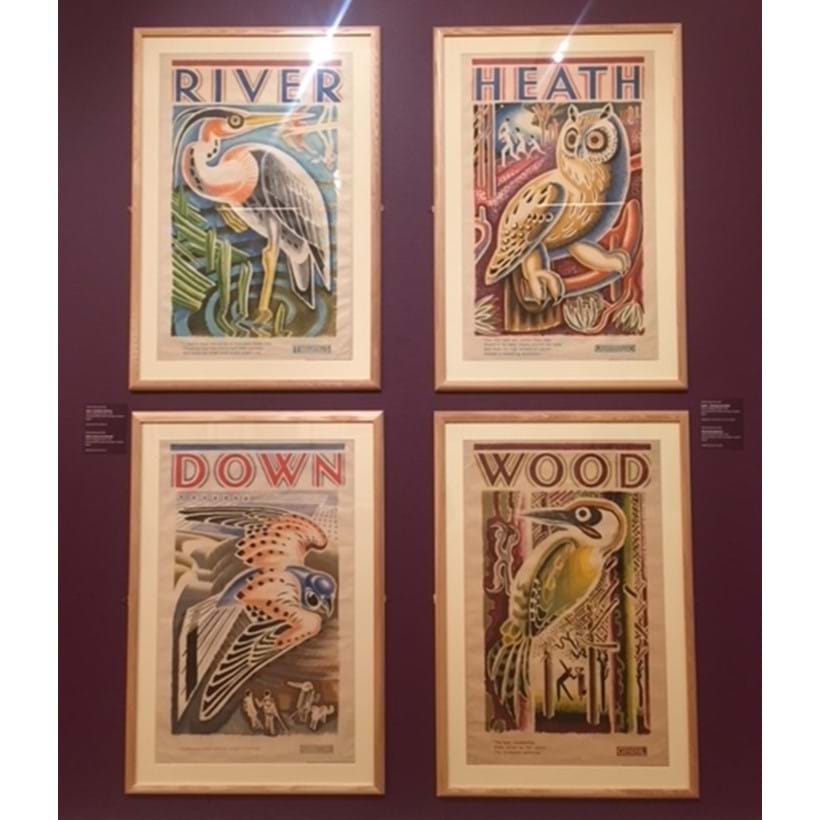 At the end of the exhibition is a group of works by artists who were inspired and influenced by the Ellises, most of whom we students at the Bath Academy of Art. Highlights include prints by Henry Cliffe, John Eaves, Howard Hodgkin and Gillian Ayres. 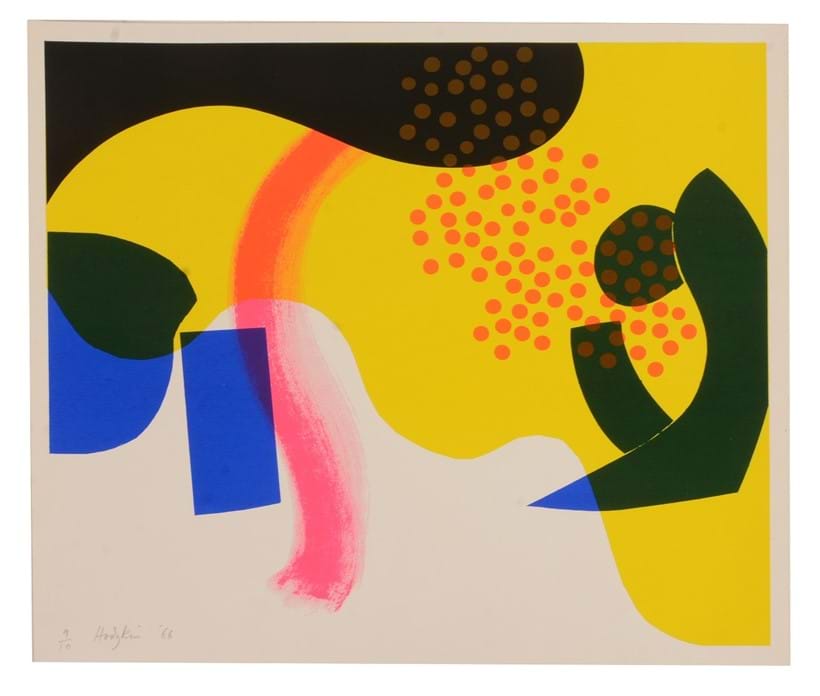 Making Art Matter is a remarkable record of both Clifford and Rosemary’s artistic output showcasing the range of works they produced as a couple and also as individual artists. The Victoria Art Gallery provides a wonderful setting in which to honour this couple who encouraged and supported some of the most important British artists of the 20th century through their teaching at the Bath Academy of Art. 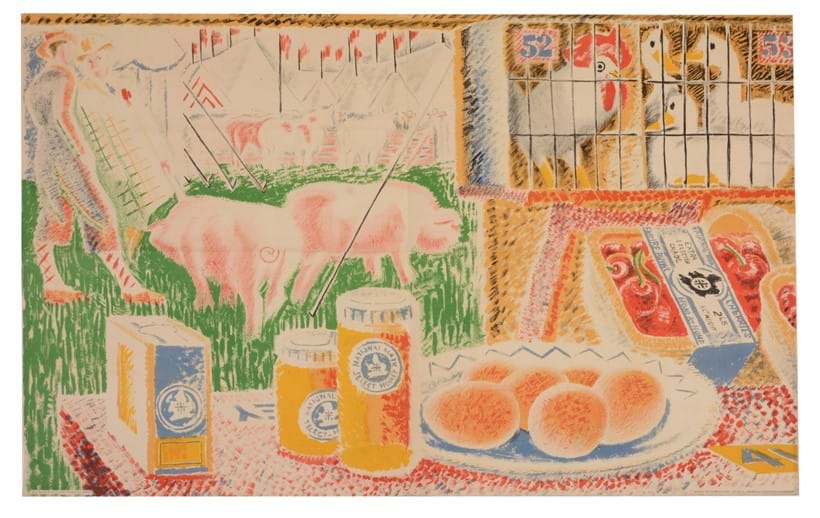 Clifford and Rosemary Ellis, The Market Stall, Honey and Plums