Left undiscovered for over 40 years, nestled amongst trinkets on a mantlepiece in a Wiltshire farmhouse, a previously unknown sculpture by Henry Moore comes to market for the very first time. Mother and Child was authenticated by the Henry Moore Foundation in October 2021 and has been added to their archives under the reference number LH 213a. The work, produced in lead, was conceived in c. 1939-1940 at a time when Moore was experimenting with casting in different materials and incorporating elements in string and wire. This extremely rare sculpture is coming to auction on 16 March in Dreweatts’ Modern and Contemporary Art auction. Watch out for Lot 15! 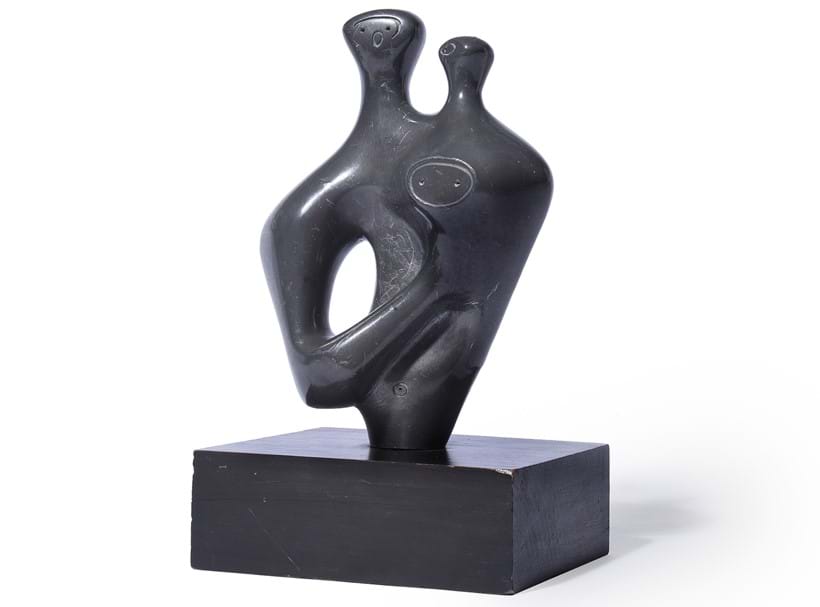 This very special piece comes from the former collection of architectural publisher and editor, Hubert de Cronin Hastings (1902-1986), whose near fifty-year stewardship of the Architectural Review saw him shed a light on the many challenges and debates posed across the architectural world during this transformative period. 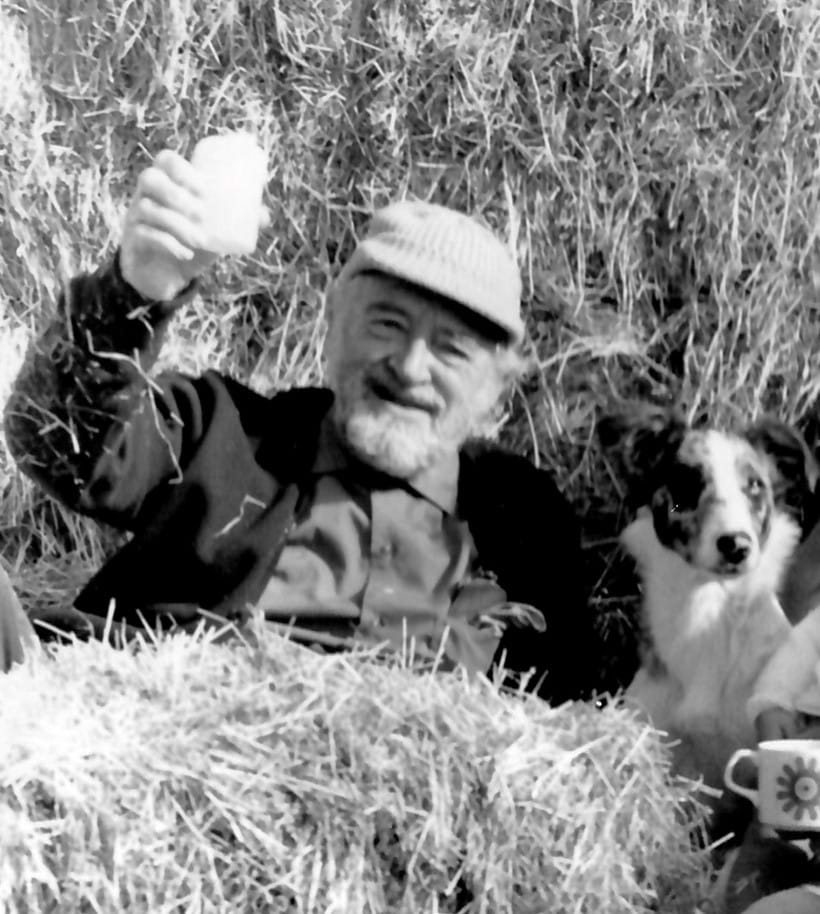 Hubert de Cronin Hastings, seated with his dog | Courtesy of the family

Henry Moore’s artistic practice sought to explore the relationship between line, space and form, constantly testing and reassessing the relationship between them. During the mid-late 1930s Moore, who was great friends with Barbara Hepworth and Russian-born sculptor and theorist, Naum Gabo, started to explore geometric abstraction using materials such as string and wire to construct and intersect the space. Moore’s exploration of materials coincided with a general push towards constructivism in both the arts and architecture. In 1937, Gabo, along with Ben Nicholson, Barbara Hepworth and architect Leslie Martin, published a book titled ‘Circle: International Survey of Constructivist Art’. The Constructivist movement was founded in Russia in 1915 and celebrated the urban space and industrial society by rejecting expressionist or overtly decorative design. The focus was stripped down simplicity, geometric abstraction, and raw materials. Henry Moore was one of the contributors to ‘Circle’. 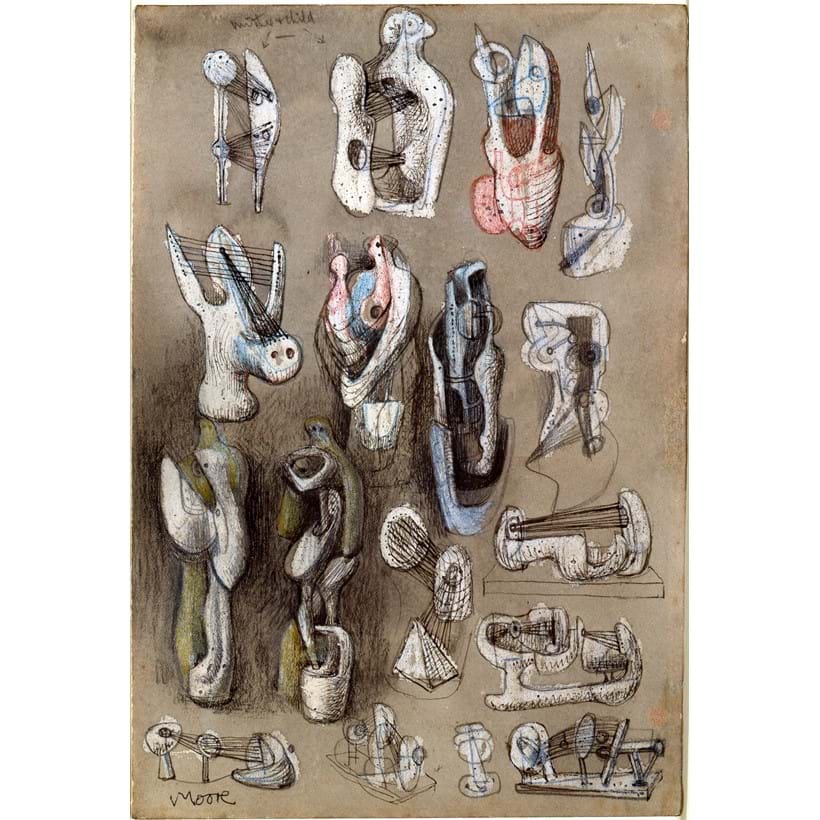 Eighteen Ideas for Sculpture (HMF 1460a) illustrates Moore’s working process during this period as he sketches and annotates ideas for sculptures using nodal points and string to define the forms. This sheet of sketches shows how Moore was working with his traditional forms; reclining nude, standing figure and mother and child whilst adding a new dimension of movement through exploration of materials. Close comparisons can be drawn between the study at the centre of the sheet showing Mother and Child and Lot 15 Mother and Child (LH213a). The study shows the smooth curve of the mother’s arm embracing the figure of the child. Around the child, leading toward the mother’s face, are lines suggesting placement of string. What is particularly amusing is the characterful face that shows the mother’s eyes looking towards the child and the small dot used to depict the mouth which is whimsical and endearing. These same characteristics can be found on the present lot Mother and Child (LH 213a).

The markings on the sculpture show similarities to the markings made in preliminary sketches for his series of stringed sculptures. It is possible that Mother and Child (LH 213a) was originally intended to be stringed, connecting the dots and intersecting the space around the sculpture, as the sketch in HMF 1460a shows.  An interesting comparison can be drawn between the circular marking with off-centre nodal point visible on Carving (LH 143) which was conceived in 1934 to the markings on the present lot, in particular the child’s face.

During this same period that Moore was experimenting with stringed sculptures he also began exploring the use of lead to cast his works. Evidence of this exploration is visible in both finished sculptures but also preparatory drawings such as Reclining Lead Figures c. 1940 (HMF 1550) and Ideas of Lead Sculptures, 1939 (HMF 1473). The production of works cast in lead is concentrated to the years 1938-1940 and it is believed that the present lot was conceived during the latter part of this period. 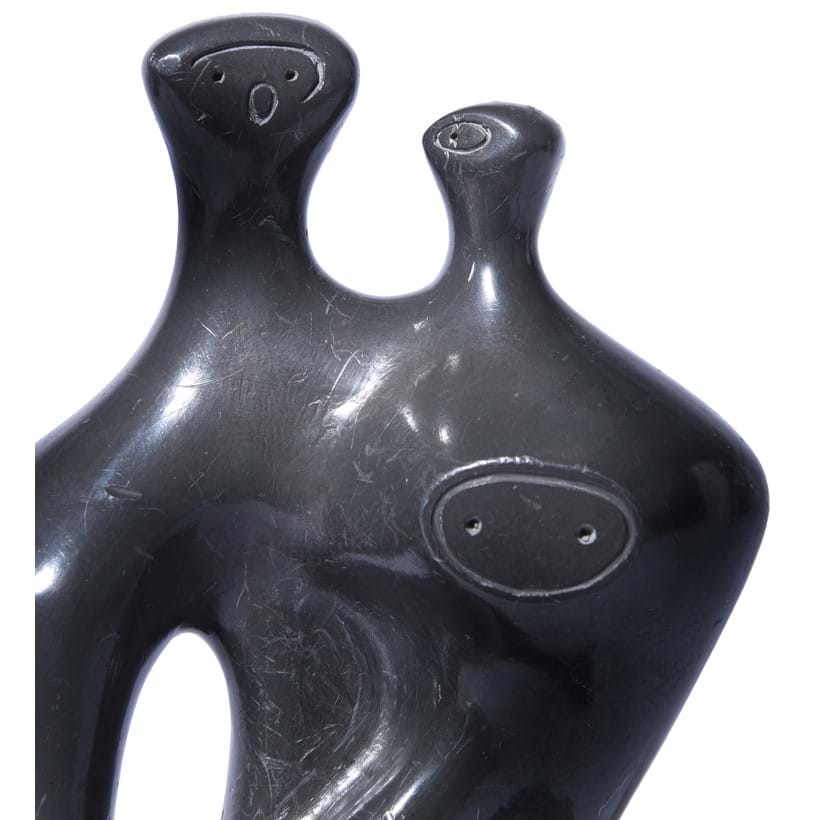 In parallel, Moore was exploring different approaches to the Mother and Child motif. Mother and Child (LH 186 cast f) was conceived in 1938 and takes a markedly more abstract approach compared to the present lot (LH 213a). However, the design has been fulfilled connecting the curved forms of each figure with string creating a fluidity across the sculpture. Another Mother and Child sculpture cast in lead is LH 201 cast f. This work uses wire to create a central ‘V’ shape that connects the two opposing figures. This work was also cast in 1939. LH 200 was unfortunately destroyed but an image available with the Henry Moore Foundation illustrates the artist’s continued focus on the Mother and Child motif cast in lead and exploring the use of wire and string during the late 30s.

The theme of Mother and Child remained a dominant theme throughout Moore’s career. He was particularly drawn to the subject matter for it is a raw and deeply embedded relationship which every human will experience on some level. On a simpler note, Moore was compelled by the compositional opportunities that a large form and contrasting small form can create. Whilst his figures are usually bonded, the viewer is presented with twisting figures, the small figure kept at arm’s length whilst their gazes hardly meet. 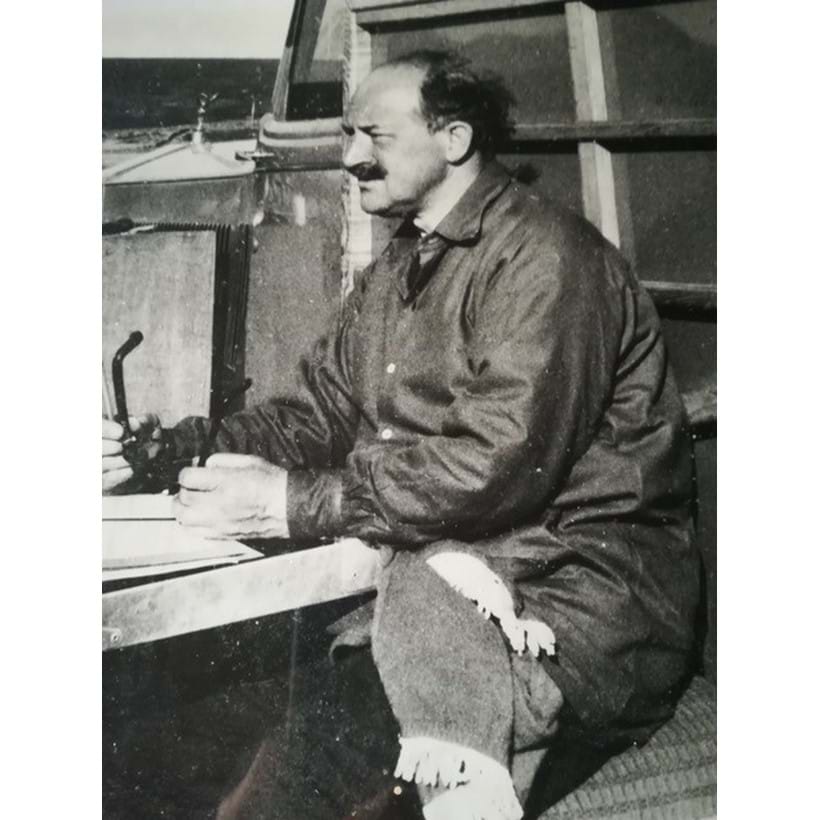 Hubert de Cronin Hastings was born at Merton Surrey in 1902 and was the third son of Percy Hastings, who owned the Architectural Press and founded the Architectural Review in 1896. H. de C. studied at Berkhamsted School before attending the Bartlett School of Architecture at UCL. However, he never went on to qualify, instead moving to the Slade School of Arts where he is likely to have met John Piper during the early-mid 1920s.

In 1927, he joined the family business and became joint editor of the AR with Christian Berman. The magazine was published monthly and together they changed the style of the magazine putting an emphasis on the arts with contributions from the likes of Evelyn Waugh, Osbert and Sacheverell Sitwell and Paul Nash, whilst the editorial board included Sir Hugh Casson and cartoonist Osbert Lancaster. The AR became one of the leading architectural magazines to promote modernism throughout the 1930s. He deemed architecture an art form and believed that the understanding of one could support the other. The AR regularly featured articles on painting, sculpture and interior design.  H. de C. ‘saw the logic of this as a bright new future for society’ as quoted in the Oxford Dictionary of National Biography. Concerned that aesthetics and cultural history was being lost due to the growth of urban town scaping, he later criticised rigid axial-planning instead favouring picturesque town planning.

His concerns over cultural preservation and ‘spirit’ was encapsulated in the basement of the AR offices, where H. de C. built the Bride of Denmark, a pub which championed the ideals of the magazine, preserving the traditional Victorian pub with glass panels, ceilings decorated with smoke stains and benches saved from bombed buildings. The AR and the Bride of Denmark became a meeting place for artists and architects, frequented by guests such as Frank Lloyd Wright, Denis Compton and Bernard Miles, who all signed a mirror which hung alongside a stuffed lion which became the central talking point of the pub. 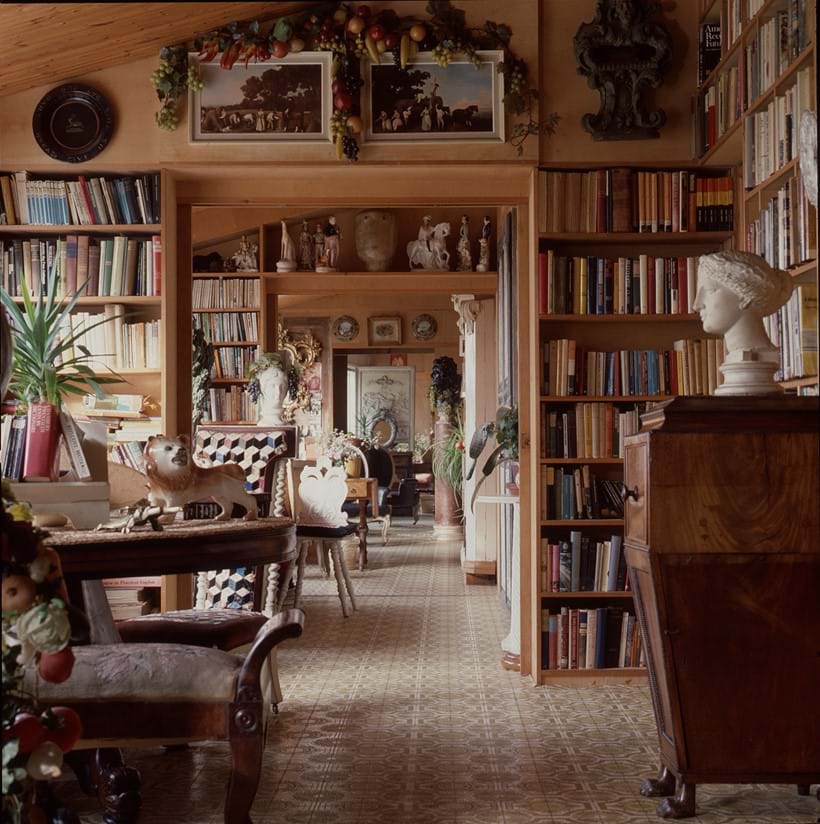 Hubert de Cronin Hastings was first introduced to Henry Moore by Jim Richards who was assistant editor at the AR alongside John Betjeman. Richards who had befriended the artist early on in his career published an article on Moore’s work in the AR in 1934.  Moore later commented in an interview in 1979 with Jonathan Glancey, architectural critic and writer, that he was appreciative of the AR’s support. [1] It would be interesting to think that Moore repaid his appreciation by gifting this sculpture to H. de C. or perhaps H. de C.’s support and encouragement of the artist extended to supporting his career by purchasing the work. Images of Moore’s work were used in the magazine throughout the 30s to illustrate articles such as Moore’s Composition in Cumberland alabaster (LH 102) conceived in 1931 which was published in AR in April 1937.

Hubert de Cronin Hastings passed the sculpture onto his son John Hastings (1928-2019), whilst the family are not exactly sure of the date it was certainly before 1974 as this is the point at which John moved from Sussex to Wiltshire. The sculpture sat amongst John’s house nestled next to objects which were valued for their sentimental rather than monetary value. During the later years the sculpture, known by the family as ‘The Henry Moore’ made its home on the living room mantelpiece.