A 1950s diamond and cultured pearl necklace by Boucheron, Paris | From Fine Jewellery, Watches and Silver, 11th July | Sold for £17,980

One of the highlights from the recent auction was this gorgeous diamond and cultured pearl necklace by Boucheron. It dates from the 1950s, with three rows of uniform pearls which each measure 8mm in diameter, to a brilliant- and baguette-cut diamond clasp the combined diamond weight of which is approximately 10.37 carats. 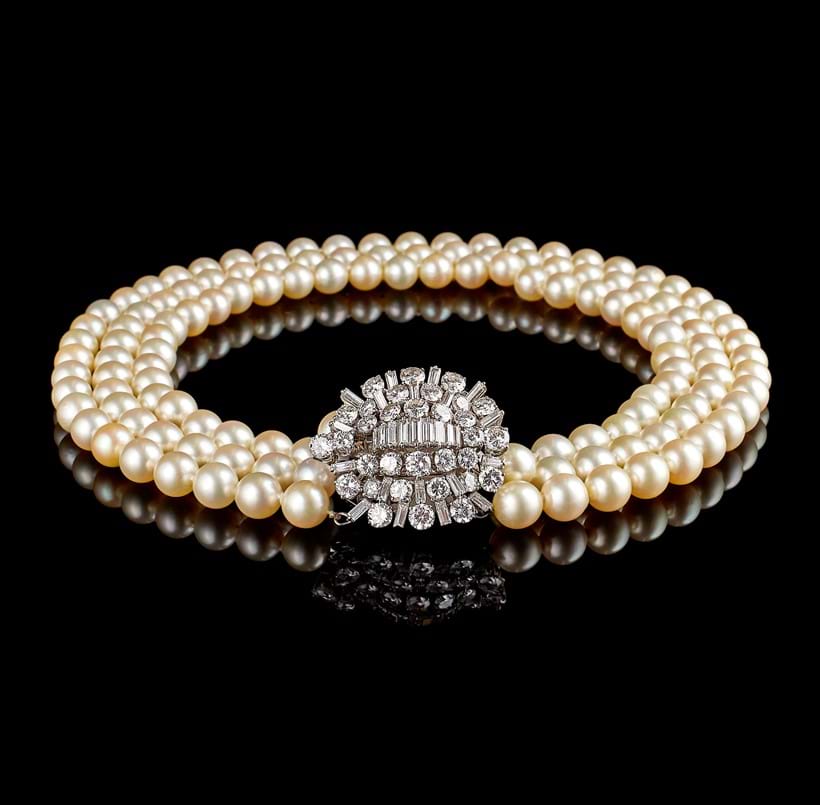 The eye is particularly drawn to the clasp, where the two contrasting cuts of diamond work effortlessly well together in the open circular design reminiscent of a flower head. At the centre a row of nine graduated baguette-cut diamonds break this flow and act as the focal point. The complexity of the clasp is apparent when viewed from the reverse side which reveals the intricate structure of the settings’ wires made in 18ct white gold. 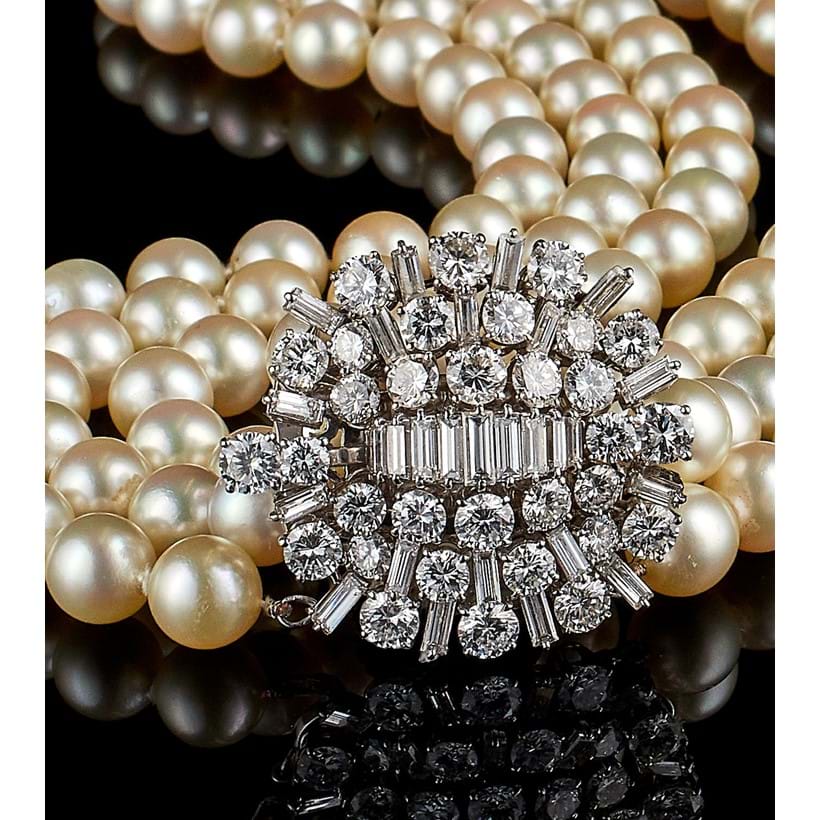 The brilliant- and baguette-cut diamond clasp, with an approximate total diamond weight of 10.37 carats

The Boucheron name dates from 1858 when Frédéric Boucheron opened his first boutique in the Galerie de Valois, at the time the epicentre of Parisian luxury. In 1867 he won his first gold medal at the Exposition Universelle, an accolade which heralded recognition for the brand at an international level.

Many decades later and 1950s’ Paris was again the undisputed leader in fashion and jewellery. Christian Dior, joined by Balmain, Givenchy and Balenciaga, created the image of a very feminine woman who enjoyed dressing up for the evening in French couture and opulent jewels. 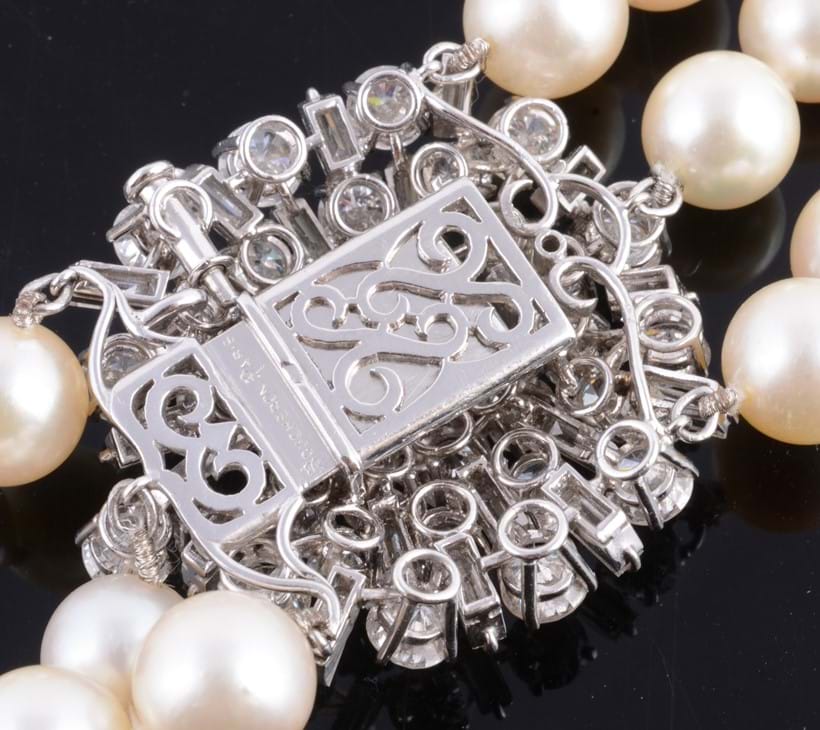 The reverse of the clasp, in 18ct white gold, Signed Boucheron Paris, with French poinçons

Jewellery from this era defies definition, given their disparate sources of inspiration and the ensuing interpretations, however naturalism, exoticism, abstraction along with conventionality were all prevalent at the time and met the differing tastes of women in their desire to move on from the austerity of the war years.

The gemstone par excellence in the 1950s was the diamond and cultured pearls regained the popularity they had lost in the previous decade. The double or triple strand cultured pearl necklace became the indispensable ornament of fashionable women.

Our July cover lot would have been immensely stylish when created and the delectable combination of pearls and diamonds endures.

This piece is a classic and remains timelessly chic and covetable.