The exhibition Julian Trevelyan: The Artist and his World is currently on show at Pallant House Gallery, Chichester, West Sussex - just over an hour from Newbury.

Co-curated by James Scott and Ariane Bankes, the exhibition marks the 30th anniversary of the artist’s death in 1988 and it is the first comprehensive retrospective of Julian Trevelyan in over 20 years.

The Pallant House Gallery collection initially comprised works left to the city of Chichester by Walter Hussey in 1977. This group included works by 20th century British artists Babara Hepworth, Henry Moore and Graham Sutherland. Hussey stipulated that his works had to be displayed in Pallant House. The building was restored in 1979 and the gallery opened in 1982.

The core of the gallery’s collection was thereafter built on donations made over the years: in 1989 the property developer Charles Kearley donated works by British and European artists including John Piper, Ben Nicholson, Fernand Leger and Paul Cezanne; in 2006, the architect Sir Colin St John Wilson donated works by Peter Blake, David Bomberg, Patrick Caulfield and Lucien Freud amongst others, and in 2018 six works by the YBA group including Butterfly by Damien Hirst were donated by Frank and Lorna Dunphy. As well as the established modern British art collection the gallery owns an exceptional collection of 18th century Bow porcelain donated by Geoffrey Freeman. 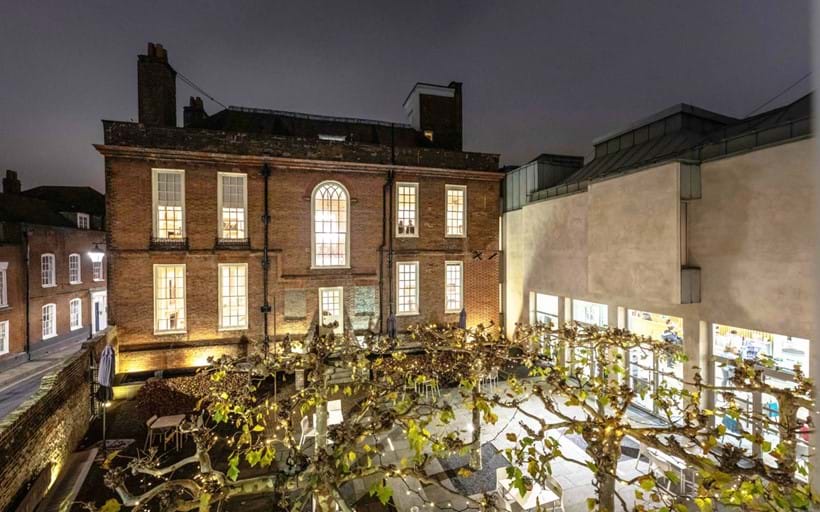 Our picture specialists, Lucy Gregory and Francesca Whitham took a trip to Chichester to view the exhibition and visit Pallant House Gallery.

The first section of the exhibition displays drawings made by Trevelyan when young. These include small sketches in notebooks and larger imaginary maps of make-believe towns. The works demonstrate his observational skills honed at an early age and his creative approach to recording detail and everyday activities - a theme that runs throughout Trevelyan’s career.

The exhibition follows a chronological path through Trevelyan’s life and finishes with an assortment of prints against a lively and vivid yellow background. Trevelyan was one of the founding members of the British Surrealist Group and made significant contributions to British art during his lifetime. 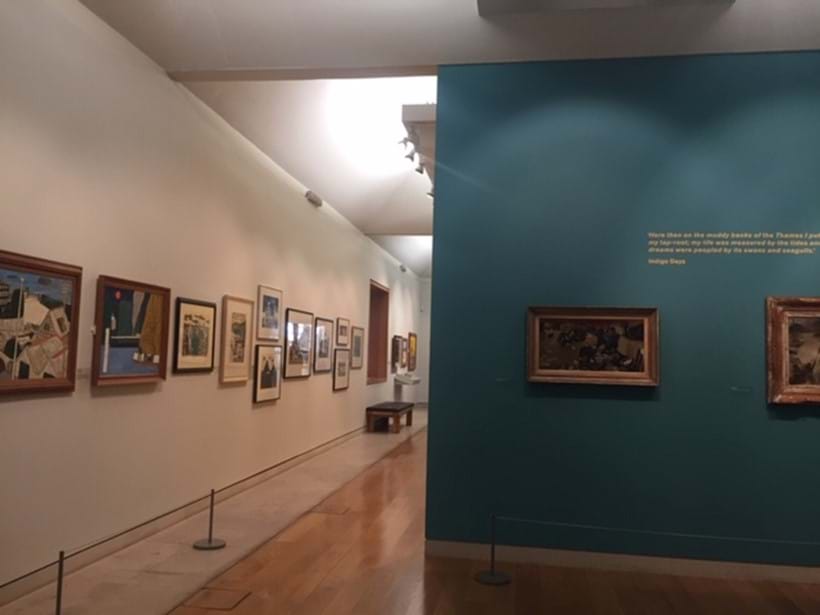 Julian Trevelyan: The Artist and His World, at Pallant House Gallery

In 1931 Trevelyan moved to Paris to work in the printmaking studio of Stanley William Hayter. During his time here he worked alongside some of the most important European artists of the 20th century including Alberto Giacometti, Andre Masson, Pablo Picasso and Joan Miro.

The first main exhibition room at the Gallery titled ‘Ambivalent Surrealist’ shows a collection of works inspired by Trevelyan’s stay in Paris and in particular the work of Max Ernst and Paul Klee.

Trevelyan returned to Britain in 1934 and in 1937 was one of the founding members of Mass-Observation - a social research organisation whose aim was to record everyday life in Britain. Trevelyan was one of the artists employed to record everyday life and capture a sense of place and understanding through his resultant art. Trevelyan moved to Bolton where he continued this practice and championed a self-taught group of artists, the Pitmen Painters. 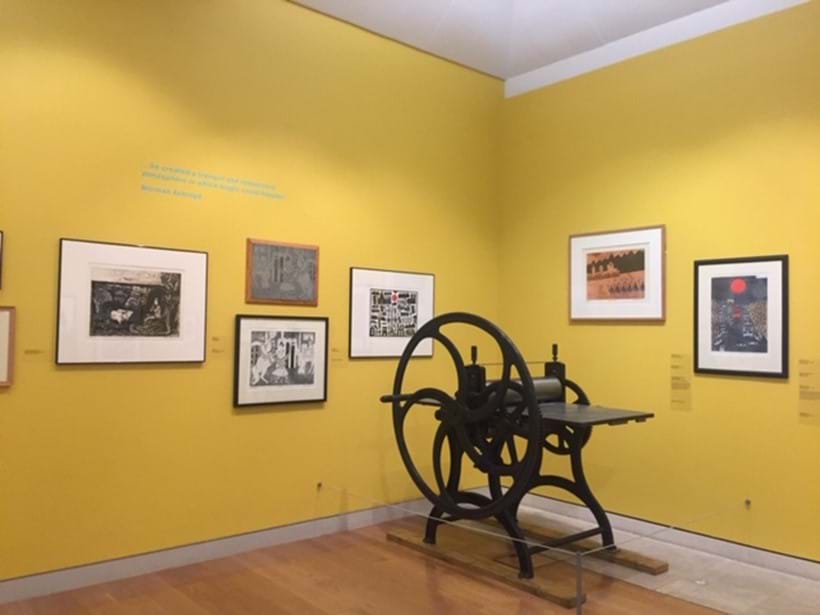 "The ability to capture the essence of a place"

Throughout his career he had been interested in collage and he used this technique to capture the industrial streets of Bolton. Trevelyan carried a suitcase full of newspaper clippings and other scraps of paper to create his collages.

The people who live there had probably never seen a painter. It was awkward sometimes in the wind when my little pieces would fly about and I was shy of being watched
Julian Trevelyn 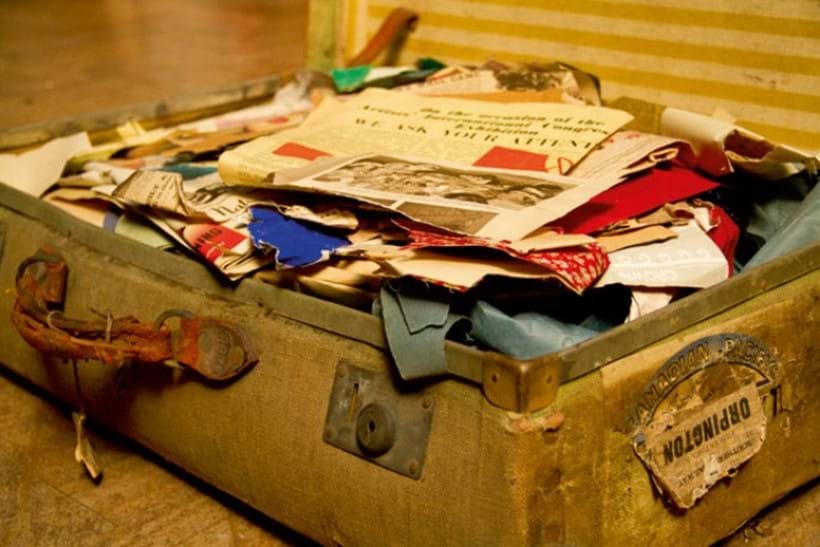 Trevelyan lived at Durham Wharf Studios, Hammersmith, on the bank of the Thames for over 30 years, initially with his first wife, Ursula, and then after their marriage broke down, with his second wife and fellow painter Mary Fedden with whom he travelled extensively especially around the Mediterranean. Trevelyan also spent time in North Africa whilst enrolled with the Industrial Camouflage Unit, the influences of different cultures and countries here are clearly evident through his changing and evolving colour palette. 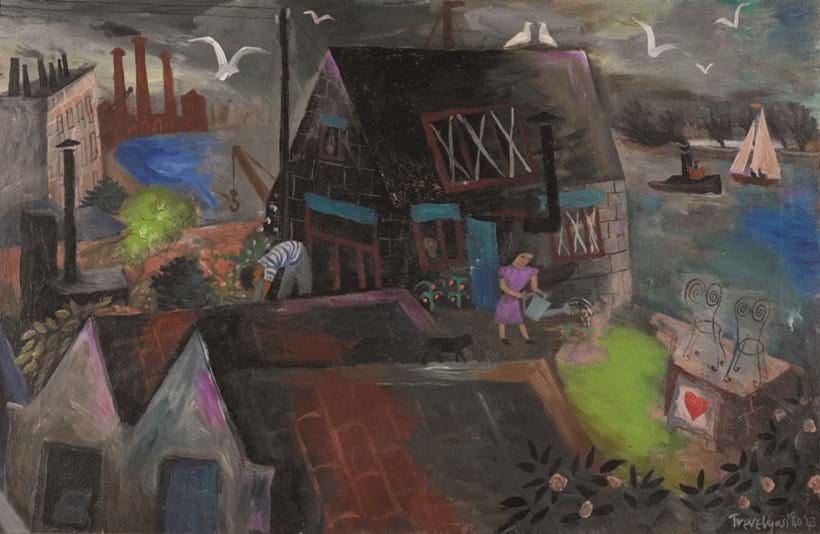 A passion for printmaking

Entering the final section of the exhibition it is evident that Trevelyan’s true passion was printmaking. After leaving Paris, the Second World War and his extensive travels had made it difficult for Trevelyan to push forward and develop this side of his work. However, in the 1950s he returned to printmaking with great energy accepting the role of Head of Etching at the Royal College of Art in 1956, where he stayed until 1963. His students included David Hockney, R.B. Kitaj and Norman Ackroyd. After this Trevelyan combined his previous experiences with collage and printing and began experimenting with scraps of fabric to add texture to the backgrounds of his printed works. Trevelyan approached printmaking with innovative ideas and enjoyed exploring the possibilities and challenges offered by etching.

What he enjoyed about etching was: its contradiction between spontaneity and deliberation, between violence and control
Julian Trevelyan

Julian Trevelyan: The Artist and his World runs until 10 February 2019 at the Pallant House Gallery, Chichester.

The exhibition provides the fantastic opportunity to view a comprehensive body of work by this under-appreciated modern British artist. 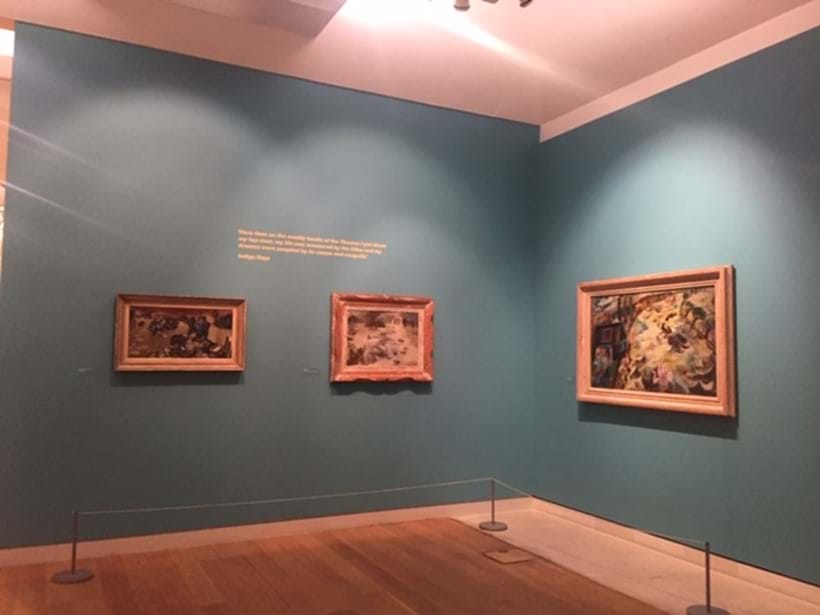